Attorney and Republican candidate for Harris County Judge Vidal Martinez released the following statement today regarding the serious mismanagement of the Primary Election by the Elections Administrator in the third largest county in the nation:

“I’ve long said one of the first things I will do as County Judge is fire the unelected, unaccountable, and unqualified Elections Administrator, which was hand-picked by Lina Hidalgo and Democrats on Commissioners Court. Nearly a week after Election Day, we are still uncovering all the failures resulting from Elections Administrator Isabel Longoria’s incompetence and mismanagement of this Primary Election.

“We now know that Longoria’s office found a 10,000-vote discrepancy after it was thought that the ballot count was concluded. In fact, there were countless serious issues at polling locations across the county, including improper training, missing equipment, machines not working, wrong paper size, and wrong ballots delivered to voters. Lina Hidalgo and her Elections Administrator’s failure to properly manage our elections in the third largest county in the nation is an extreme breach of trust with both parties and with all voters in Harris County. I applaud the Harris County Republican Party for taking action in the lawsuit filed today in the state district court against Harris County Elections Administrator Isabel Longoria. Harris County voters deserve better.”

The Harris County GOP today filed a lawsuit and called for the removal of Longoria and her management team, in addition to the appointment of an independent elections overseer for the May 24, 2022 runoff and November general elections. Martinez qualified for a runoff in the Harris County Judge race and will be on the ballot in the May 24 election.

In October 2020, County Judge Lina Hidalgo praised the Elections Administrator position she is responsible for creating on Twitter, calling it a “national model for elections.” 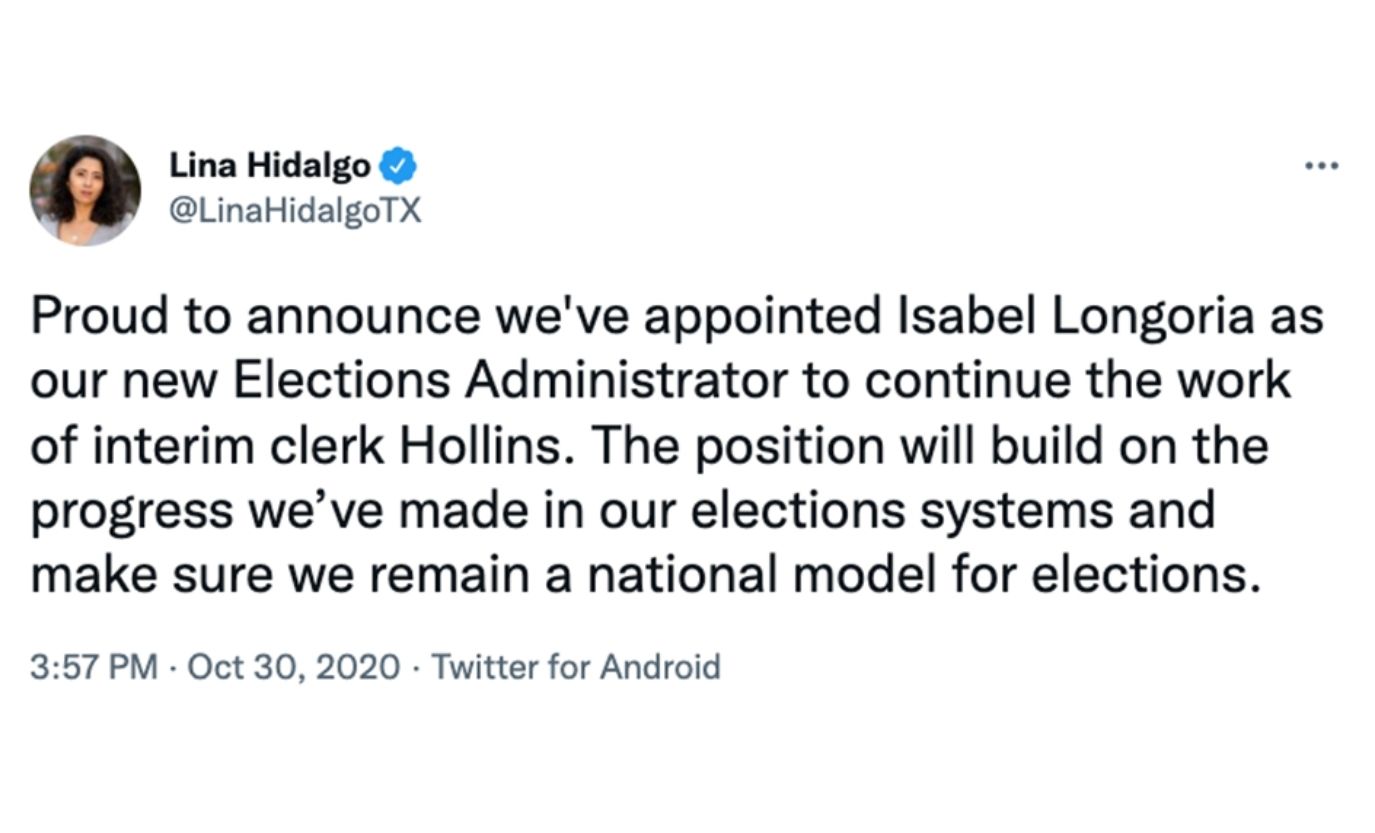 Grab the Girls and Head to Spring Market this Weekend