We the Ongs have sacrificed 38 years’ worth of groceries for the sake of Israeli Jewish and American pro-Jewish charities and projects. Still, we went grocery shopping twice this month, and I bought confections as well—ice cream by Unilever for my darling sister, Elizabeth, and choc-coated nut bars from New Zealand for her for when she gets peckish some nights.

The golden needle mushrooms are also known as enoki, and they work well with halved tomatoes and chopped okra. This combination imparts a smooth, leathery finish to the dish, and you must remember to stir-fry with sesame oil to add aroma to your night. Transfer the sauce that results from this cooking to a new pan, and add gravy granules and black pepper. This thickens the liquid, and you can dress your boiled chicken with this. You should have boiled your chicken pieces in the same water that was used to precook the okra.

The red cabbage I bought is a stylistic misnomer. The vegetable is technically purple. Use a wok if you can, or a saucepan if you need to. Break off leaves, rip leaves apart, and gather them together. Simmer the cabbage for eight minutes on medium heat, in a small puddle of lightly salted water just enough to reach the edges of the heap of leaves. If water remains after all that time, cook for longer to have the water evaporate. Then, add olive oils and sizzle at high heat. Stir fry for three minutes. 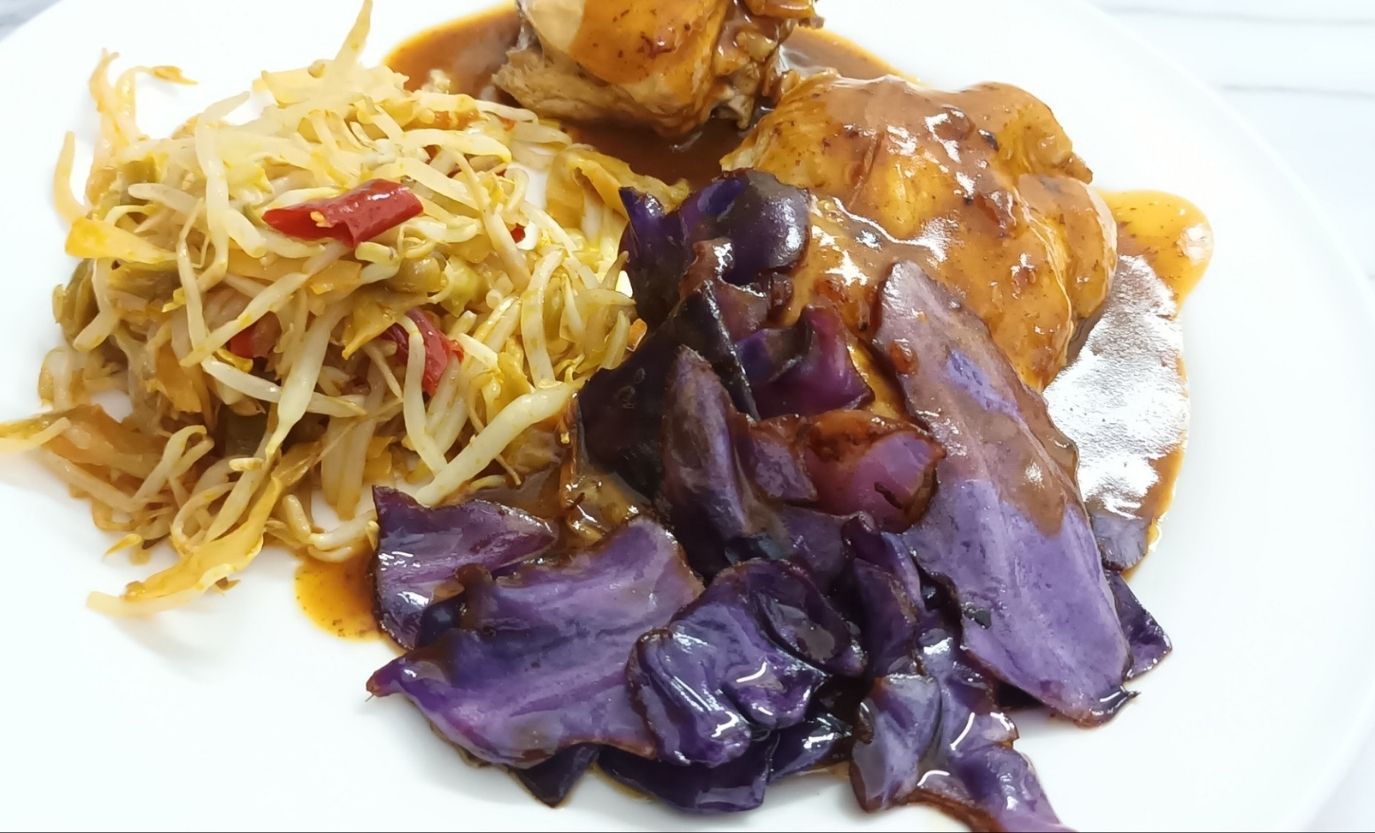 The red cabbage I bought is a stylistic misnomer. The vegetable is technically purple. Simmer the cabbage for eight minutes, and stir fry with olive oils for three minutes.

Remember all the clichés about bean sprouts and Chinese folks? They’re all true. We’re big on bean sprouts. You’ve got a quick, crunchy meal with bean sprouts, stir-fried in chilli oil, or with slices of chilli. For a non-spicy alternative to frying, try throwing on soy sauce and olive oil. I’ve often said this at Harvard back when I was a grad student, ‘Forget going to war. Come, friends, eat bean sprouts, you and I together. That solves everything.’

Deceitful and demonic are the attempts by some media personalities and invited experts to taunt the Chinese race into war. Nope, simply won’t happen. We’d rather chew bean sprouts forever, and drizzle our chicken pieces with Caucasian-style gravy for all eternity. No daughter or son of China will go to the battlefield or press buttons remotely, for the sake of sociopolitical games cooked up by intellectuals with too much free time. They have loads of time: party bigwig Xi Jinping with his abusive talk, and the few Western media news workers Stateside who are too lazy to tackle sanitation, drug crime, and undocumented migrants.

The Chinese people by and large have no such luxury of time. Neither do Americans in the daily grind. Commerce is of paramount importance, and everyone is rushing to make bill payments on time. No amount of vicious taunting and doomsaying predictions can goad the Chinese into shooting innocent Caucasians. That paradigm of hate thrived in the cloud of misinformation in the 1950-1953 Korean War. People today are not as stupid. Certainly the Chinese people aren’t the least bit foolish, and today both Koreas maintain full embassies in mainland China. 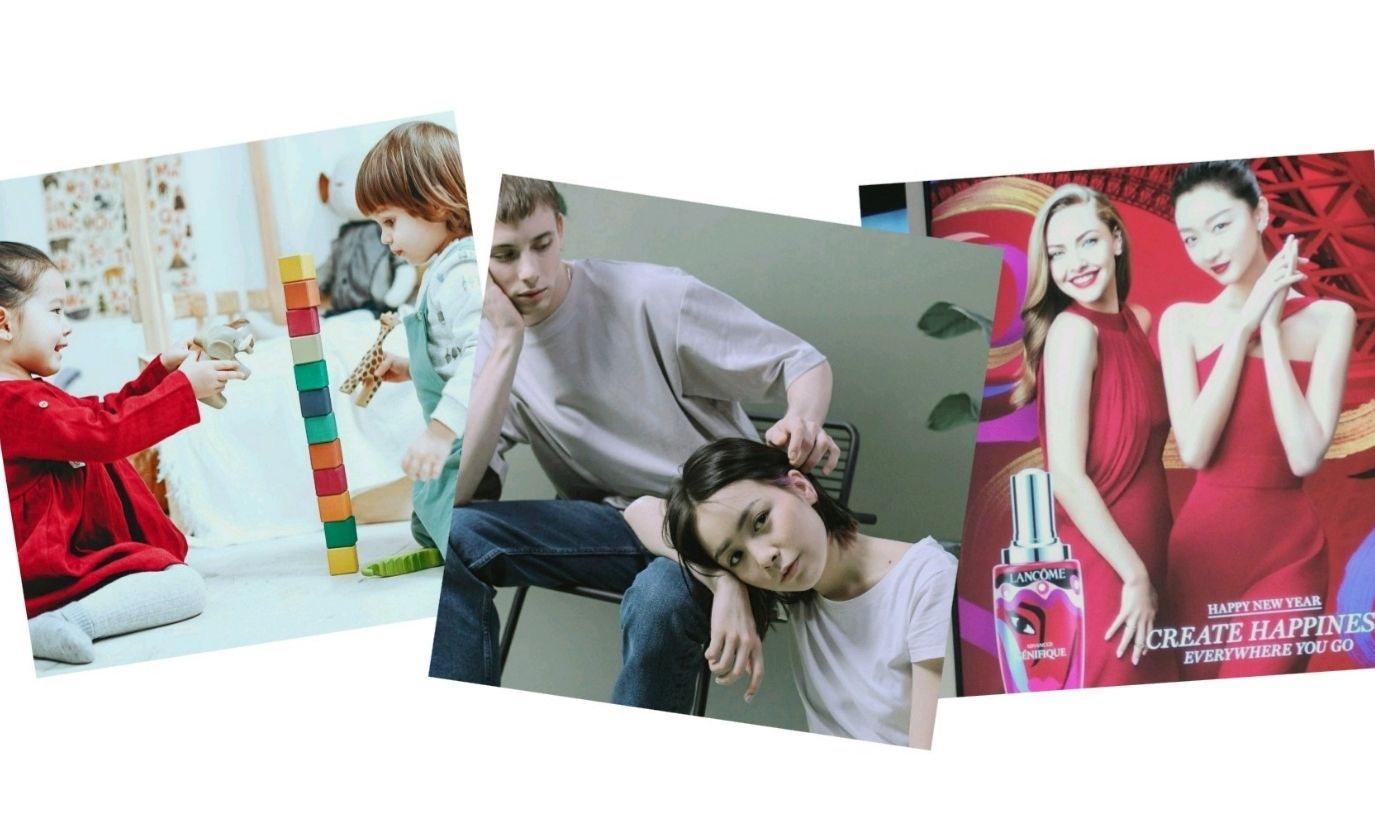 These are some of the images that detail Chinese websites, Chinese shopping malls, and Chinese life. These are realities on the ground, and evidence of an interconnected China that is synced in a big way with the Western world. China is not an enigma.

In the book of Job, 38:2, Heavenly Father challenges people who control the reins of advice and information. He is displeased with those who create fake impressions of things through the use of sensationalized news and blanket conclusions. Heavenly Father is furious, and intones: מִי זֶה מַחְשִׁיךְ עֵצָה בְמִלִּינ בְּלִי-דָעַת   Who is this that corrupts counsel by words that are devoid of knowledge?

There are many glossy experts, well-packaged in media appearances, who relish the concept of China going to war with the world. These experts will not get a war. Their funding that produced papers after having paid for pricey hotel rooms and conference halls will have nothing to show for it—there will not be a war waged by the Chinese people upon the human race, much less upon Caucasians and racial kin in Taiwan (97% of the island population is bioracially Chinese). 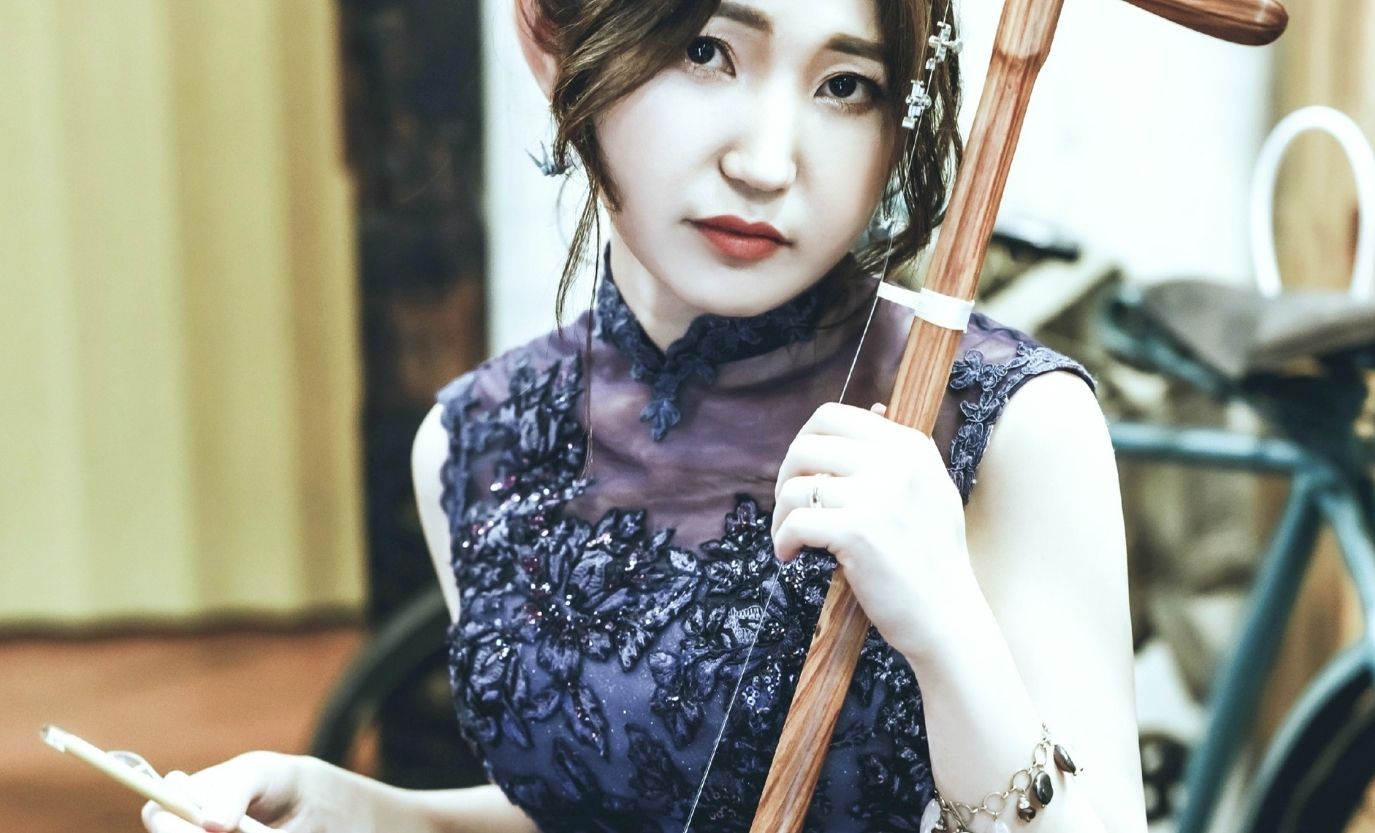 The Chinese race would sooner marry Caucasians than engage in warfare. That is the Oriental reality—and no amount of vicious taunting and media spin can goad the Chinese into shooting innocent Caucasians. Pundits will not get the war they crave.

Every Taiwanese civilian possesses Republic of China citizenship. They travel, work, marry, locate, and relocate, as Republic of China citizens. I bet you no one ever told you this. It is a beautiful truth no BBC newscaster wants to deal with. Taiwan is literally the legitimate government of China. By contrast Beijing is only a de facto and temporary communist experiment, set to expire like the Soviet Union did.

The archipelago of Taiwan has a sheltered Chinese government with a heritage as old as the Ming Dynasty. Yes, the same dynastic era that produced Chinese vases known as Ming porcelain. Were you ever given the chance to know this?

In the Western world, some commentators are honest, while others are less so. The more the pundits clamor about war, the more we Chinese will chuckle, eat pulled noodles, and move to click toys together for Hasbro movie franchises and print bilingual Oxford dictionaries. The racists and alarmists of the largely Democrat camp will not get a war, ever. The Chinese race would sooner marry Caucasians, host the world’s peoples in the Hiltons and Hyatts newly refurbished in mainland China, and carry forth commerce and business for global brands from 25 Western countries, than engage in warfare that would only destroy the destiny of the Chinese race. That is the Oriental reality, and accurate counsel. 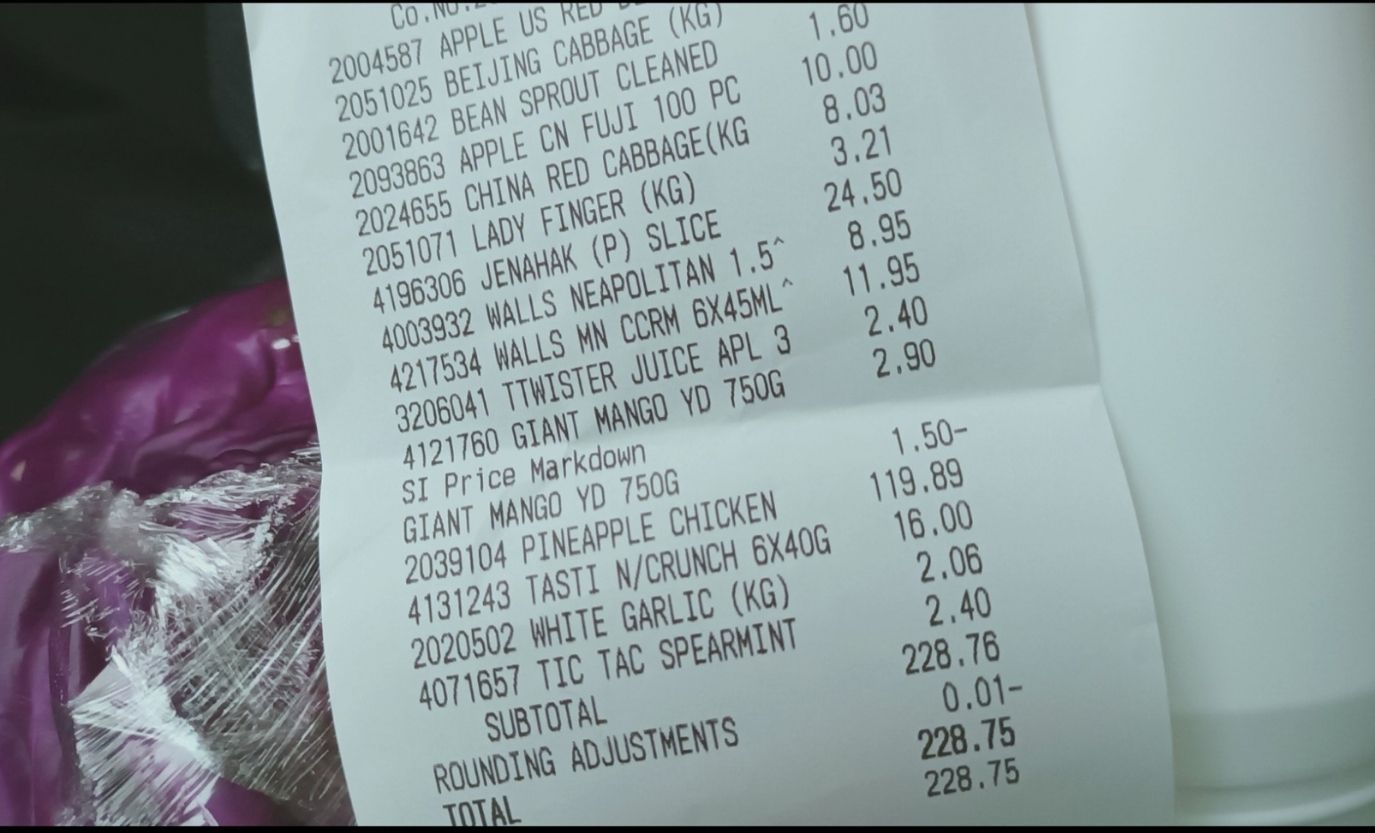 I bought groceries and confections for the family, including American and Chinese apples. The currency is ringgit, and the expenditure is tremendous. Jenahak is fish. The mango item isn’t a fruit per se, but a mango-flavored fruit drink weighing at 750 milliliters. The small box of Tic Tacs retails at about 58 U.S. cents.

REACH OUT SO YOU DON’T LOSE OUT

Some days ago, a mid-level celebrity in mainland China—a boyish star, 32 years of age, surnamed Ren was tasked with appearing in a livestream event for a local clothing brand called Fairwhale. The repertoire at this brand was a grungy type, a sort of urban retro, with laidback looks that would give off an Avril Lavigne or young Johnny Depp vibe. Ren represented Fairwhale in that 2-hour livestream talk—it was literally a celebrity TV star speaking to a Zoom-esque camera about the Fairwhale range of urban attire. In just two hours, 13 million Fairwhale products were successfully sold in the Chinese market.

Now that’s epic. Not 13 million T-shirts, pants, scarves, et cetera in a quarter or a month. It was 13 million units in two hours. Ren also served in the past 25 months as a sponsored spokesperson for the Louis Vuitton brands, Nestlé’s Nescafe, and Crest toothpaste, Omega Swiss timepieces, and Lux soap. Imagine the sales impact across the board for these foreign names in China. In addition to Fairwhale, Ren has also modeled for Metersbonwe, a Chinese firm and longtime licensee of Disney characters, with rights to print Mickey and other cartoons on some of its tees.

These are indicators of a buying public—an excitedly urban public in love with Western culture, and a Chinese nation deeply connected to the world, and these are facts many sensationalist news creators at AP and BBC do not want American civilians to know. Political liars function as attitudinal influencers: to mold, shape, and house American viewers in a box, so that there is an information apartheid that persists—a situation where the American person is so terrified of Chinese people, that there are therefore few Americans who will reach out to Chinese folks.

Those daring Republicans who have been bold enough to reach out in the past forty years have prospered—and this is indicative of the Lord’s promises, and promises fulfilled. Truth and accuracy breed reward, while falsehood and acrimony guarantee loss and failure. With accurate counsel, you can know Chinese civilian situations on the ground, and participate in the phenomenon of China. Just when you feared American exports had nowhere to go, or no place to thrive, you’d be proven wrong when you witness for yourself how rewarding the Chinese market can be for your products, brands, and merchandise. 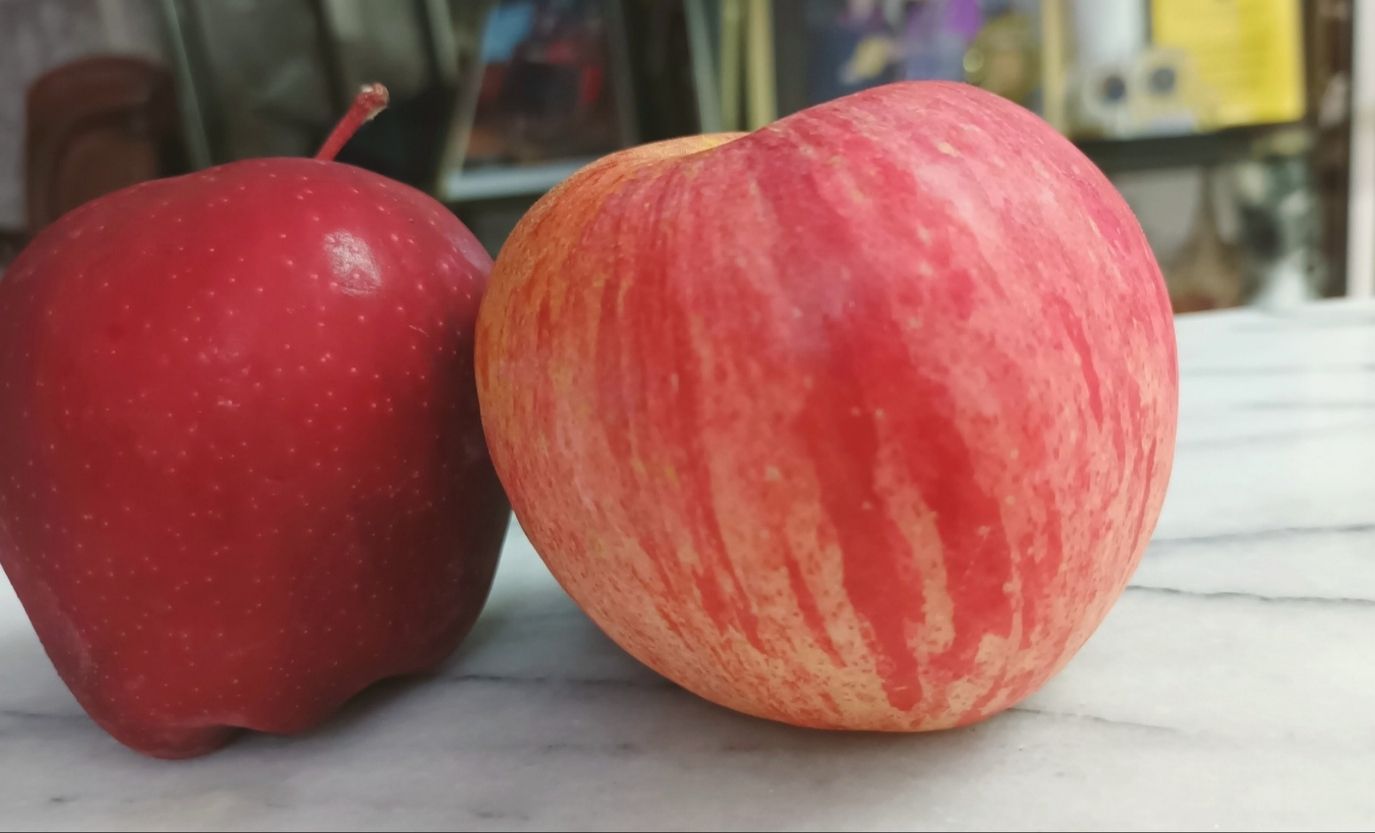 YOU ARE NOT A WASTE OF SPACE

So I task you with this goodly challenge: reach out to Chinese persons, especially those who are highly visible and measurably trustworthy, and be their friends. Learn about family, food, saving habits, and aspirations. Ask about values on education, enterprise, and loyalty in kinship, friendship, and marriage. China was at recent count poised to become the world’s largest Christian country by 2030. The way things are going on among the 1.5 billion people in the mainland, that year may very well come sooner. Hope and faith are greater in spite of repression. Repressive leftist administrations reign in China and America today, but the peoples of China and America do not have to give up and abide by every senseless edict, do we?

Do you really have to concede to the idea that women are ovens, and you can rip out the baking, willy-nilly? Women aren’t ovens, this is not baking, and the fulcrum we are looking at is literally human life. So don’t concede. Do you really have to be ashamed of the gospel, or hate your own race, just because you were born Caucasian or native Chinese? Who says you need to cave in to leftist psychology, and look to suicide for answers? It is not glorious to die; it is rather more glorious to live! So live, I tell you, live!

Democrats and their leftist allies all over the world try to squash the human spirit, and negate humanity in general. The consensus among leftist diatribes is that you are a scar on the planet, and it would have been better for humans not to exist. Do you have to concede to that trashy waste of academic hours? Those papers are wrong; you are worthy, you exist, should exist, and ought to exist, and you are neither a waste of space and resources, nor a speck who should’ve been aborted. Break free from the negationist rhetoric of the Left, and clutch the armor of God. He loves you, and you will love every moment of loving Him.