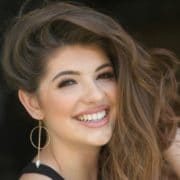 New York City schools have reopened 100% for the first times since March 2020. We…

America has always been the shining city on the hill, a visible and real outpost…

Is Our Nation Headed for Moral Decay?

All Hope is Not Lost for America – Perspective from a Gen Zer!

For decades, the Christian Conservative movement of preserving tradition has championed the values of self-responsibility,…