Everyone must measure the cost and the likelihood. That is understood. Externally, the district, having been reoutlined, is 43% Democrat, and 57% Republican and Independent. Another way to put it, this district is 43% Democrat and 57% not Democrat. The Democrat segment of 43% is comprised of half hard-core Democrat and half weak-Democrat. So, the numbers are workable.

Another consideration is that more than half of the district has never been under Lizzie Fletcher’s governance. More than half of the constituents have had little or no exposure to her or her name. Whereas Johnny Teague has been an active pastor in almost half of this new-drawn district – working in the Alief School system with all five high schools, feeding 1,000 people every month, and speaking and working with the homeowners, local police, and area ministers.

Lizzie Fletcher has let down three major communities in this district (many of which are Democratic) on issues of – a major road being reduced in size, a low-income housing project coming in, and crime at a height unprecedented in this district. Her issues that she champions are LGBTQ issues, abortion issues without parental notification, and flood mitigation. The latter is a concern in the community, but only if we have another 1,000-year hurricane-led flood.

She has turned a deaf ear to the matters which this district cares most about (not one word addressing these in her weekly emails). The issues of crime (she just talks of gun-control), high gas prices, high electric bills, inflation in general, parental rights in education, fentanyl proliferation, and the open border. These issues affect our neighbors every day, yet not a word is spoken by Lizzie Fletcher.

She supports the Biden Inflation Reduction act. She claims to support oil and gas, but our oil and gas executives know better. She signs on with the Green New Deal policies. She supports Nancy Pelosi almost unanimously. She votes with the Squad on issues relating to Israel. 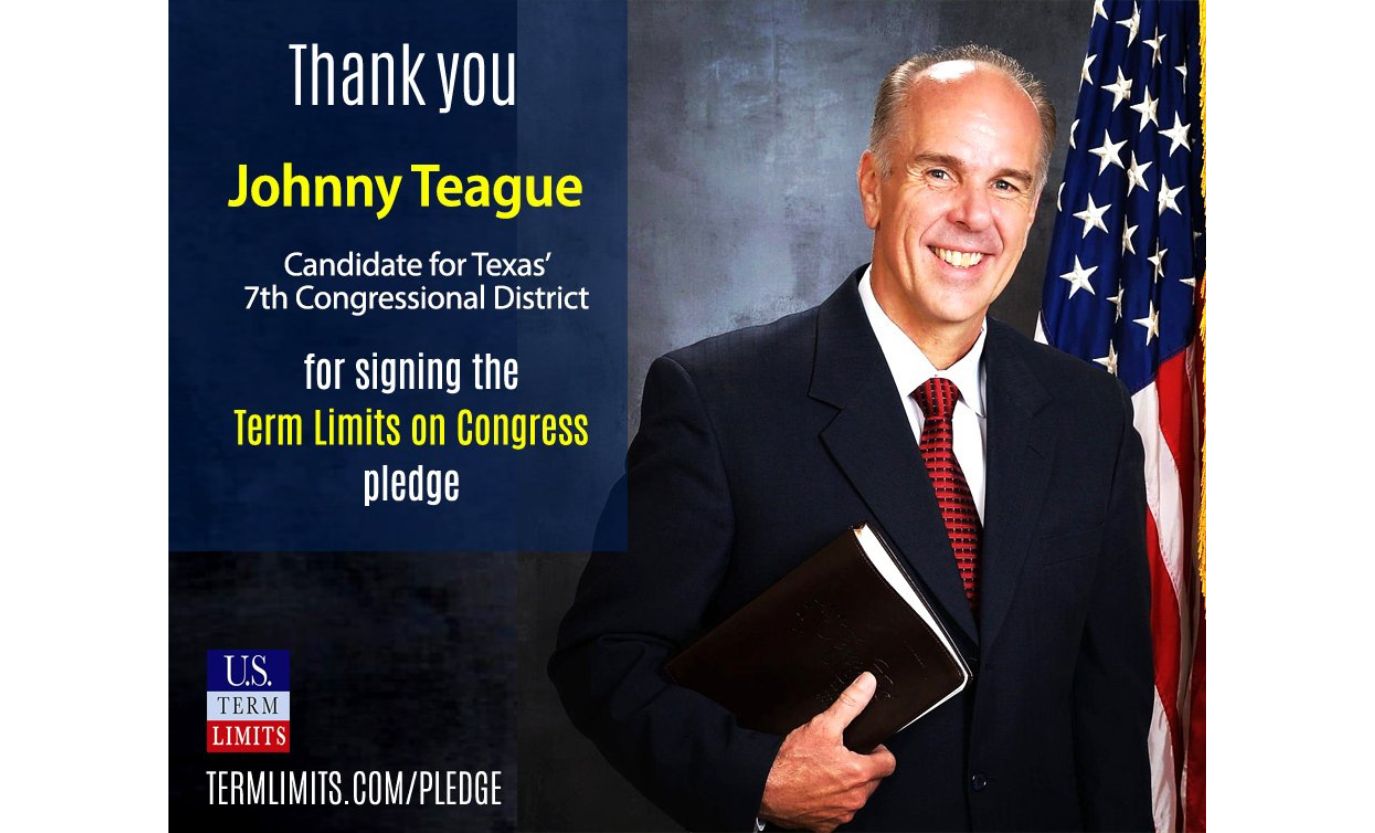 Johnny Teague has over 300 volunteers who are door-knocking, door-hanging, texting, calling, putting out signs, having neighborhood gatherings, raising money, and calling media outlets. Johnny Teague has block walked on well over 70,000 homes by himself this election cycle alone.

He has businesses giving vehicles to bear his banner on their sides. This race is winnable. We need money, PACs, and Super-PACs to counter Lizzie Fletcher’s misleading and inaccurate commercials.

Having said all of this, our biggest weakness is money. Lizzie Fletcher is outraising us at a margin of over $300-$1. As Rush Limbaugh used to always say, “money is the mother’s milk of politics.” Our goal is to raise $500,000-$1,000,000 over the next 30-days minimal to run a successful campaign.

Would you please help us take down one of the most liberal congresswomen in Washington?

I think I best summed my argument as to why Katy Christian Magazine is supporting Dr. Johnny Teague for Congress in this article, I wrote about him four months ago.

Thanks in advance for your friendship and support. If you would like to make a donation for any amount, here is a link to his secure donation page. Every penny makes a difference.