I still remember how I first met congressional candidate and Pastor Johnny Teague. One late afternoon in the fall of 2019, I arrived at my office, and I noticed a business card under my door.

As a highly targeted public figured, for either good or bad (usually the latter), I was curious how he found my office in the first place. In order to remain protected, I try to keep my location as secretive as possible.

So, that same afternoon, I called him, and we scheduled a lunch appointment to discuss his campaign. What intrigued me the most was Johnny Teague’s primary vocation. He is the Senior Pastor at Church at the Cross in Houston, off of Dairy Ashford. It’s not commonplace to see a pastor running for an office of any kind, much less for U.S. Congress.

Two days later, we met for lunch, and I asked him the hot-topic questions of 2019. Katy Christian Magazine and Fort Bend Christian Magazine have produced regular Christian Voter’s Guides since 2006, and as the person who vets each candidate personally, you can imagine how many aspiring officeholders I have met since then. Hundreds, if not thousands. Yet Johnny Teague struck a chord with me.

I deem myself a very good judge of character, and most candidates I meet with tell me what they think a Christian publisher wants to hear. They use heavily coached and scripted wording, rather than revealing who they truly are. They’ll tell me one thing in the a.m., and in the p.m., they’ll spew the opposite to other groups they’re seeking an endorsement from. 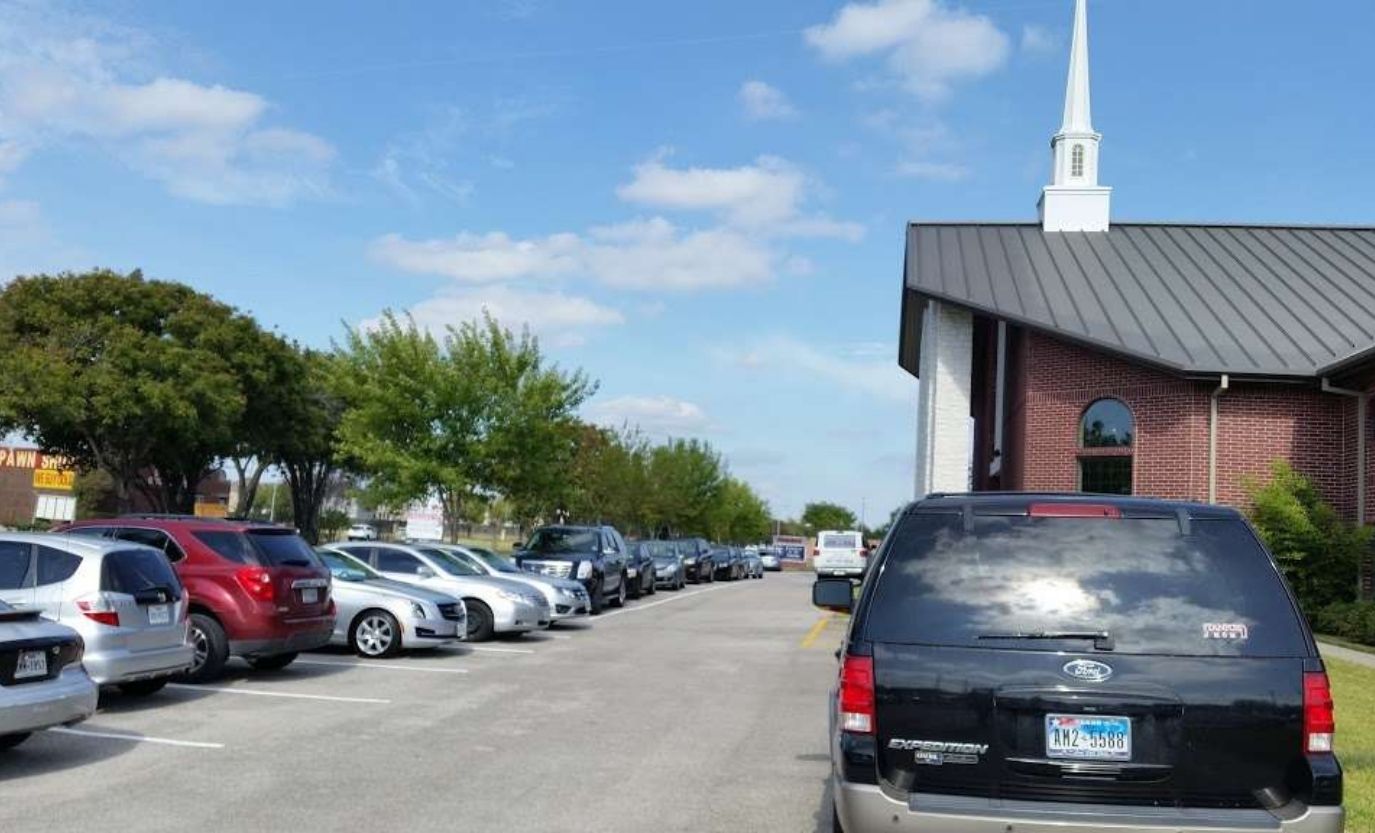 But not Johnny. Johnny is genuine, transparent, and consistent. He sticks to his guns whether or not it will cost him a voter, or worse, an endorsement. Johnny and I agree on most issues, but not all. Then again, none of us are exactly the same and you will not agree with someone 100% of the time. If you do, one of you is lying about something.

When it comes to the issues facing Texans in Congressional District 7 (CD-7), Johnny has the answers we need. As a morally upstanding Christian pastor, he is dependable and will not compromise his views and values in the face of hardship. Most Republican and Democratic politicians alike campaign and face their constitutes only during elections, while neither knowing nor caring about the issues that most concern them when the cameras power off.

I not only have the honor of knowing Johnny personally, but I am also a member of his church. That was never intended, but God had placed a desire for a new church family in my heart months prior to meeting Johnny, and I was visiting worship centers looking for a new home. I had settled for a church that I was about to join, but low and behold, it closed down for a season during the COVID lockdowns of 2020.

Johnny’s church did not. At this point, I was already volunteering for his campaign by block walking, and I felt if I am throwing myself all in for Johnny, I should at least hear him preach. That following Sunday, I attended my first church service at Church at the Cross, and immediately I felt God call me to join. I did.

Over the following two years, I have knocked on thousands of doors for Johnny (Johnny tens of thousands), usually working side-by-side with him. He and I have developed a close bond and a deep friendship. I would even say that he is now my best friend, even though I have never measured or valued friendships that way.

I have been around Johnny Teague for long enough to see his true character. He is thoroughly genuine and sincere. Johnny is a once-in-a-lifetime person running for an office not for his personal gain or glory, but for the silenced masses who have no voices in Washington.

Church at the Cross serves the public in what many would consider a low-income and dangerous neighborhood. It is located in Alief, with some apartments across the streets where crime and even murder happen on a routine basis. Johnny felt called by the Lord to reach the community there. 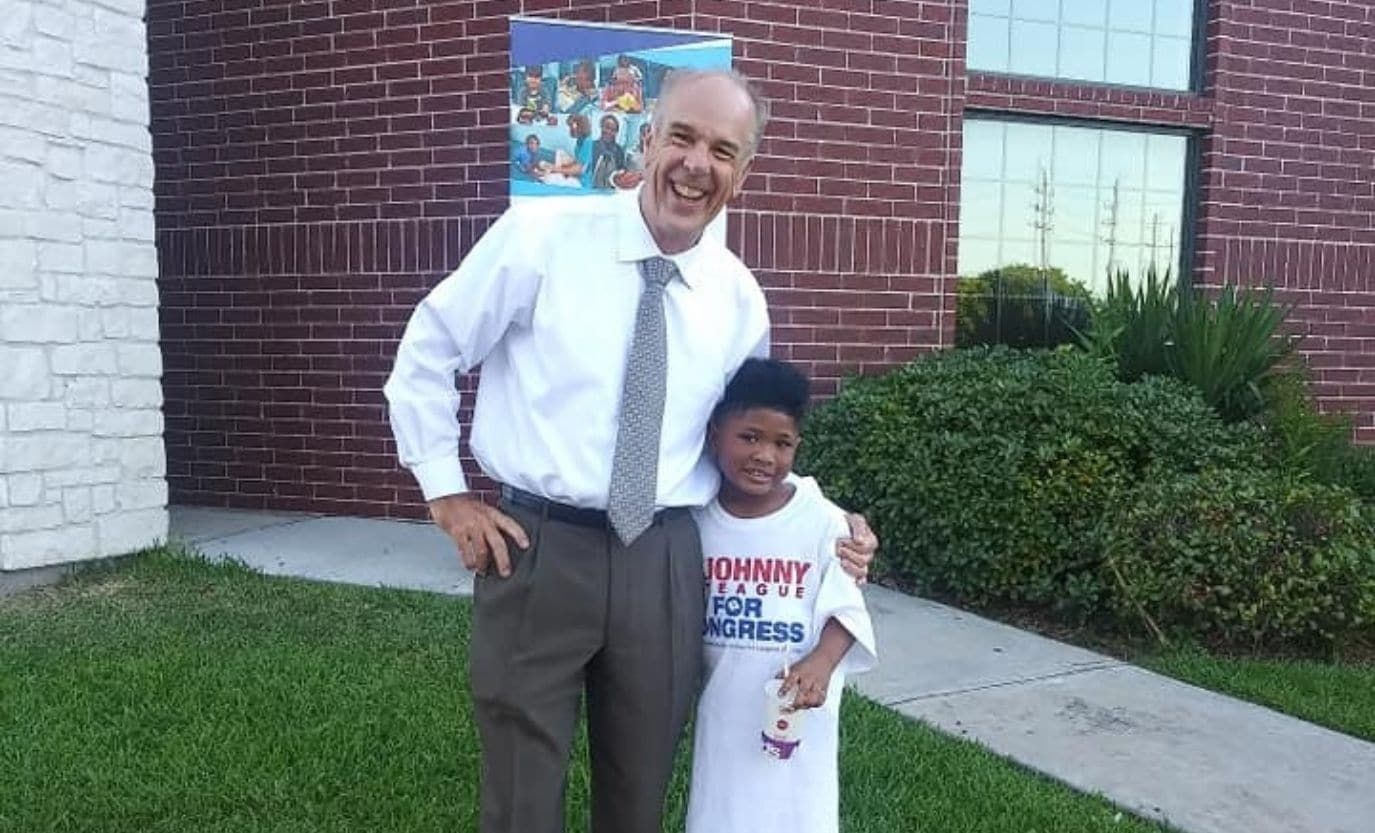 He even passed up an offer sometime back to become the Senior Pastor at a much larger, wealthier church in the Clear Lake area. He was offered a salary increase of double what he is currently making now. But Johnny refused, because the location of his ministry is where people that need him the most. People need a beacon of hope and a home in which to worship the Lord, regardless of socioeconomic status.

Johnny Teague’s community outreach extends beyond his powerful sermons. Our church has very limited resources, yet we manage to feed about 400 – 500 families monthly through our food drives.

Most who hold office in the U.S. Congress are attorneys by trade. Heck, almost all politicians are. Don’t we have enough attorneys messing our city, state, and federal governments already? It’s time for change, and Johnny Teague for Congress is just the change we need.

For more information about Johnny Teague for Congress, or to make a donation or to volunteer, please visit his website at www.JohnnyTeague.com, or call him on his cellphone at (281) 924-4460.

Remember, he is in the Republican runoff. Early voting is held from May 16 – 24, and he needs your vote and support. Please make your voices heard and back Johnny Teague for Congress, as we proudly do at Katy Christian Magazine.

Should You Consider a Health Retreat?