An Aldine Independent School District Board of Trustees member who was elected President of the National School Boards Association in April, 2021, is under scrutiny by concerned parents who have read a letter she penned to President Biden.

On September 29, 2021, Viola Garcia wrote a six-page letter to President Biden detailing her concerns and asking him to consider unruly parents as “domestic terrorists.” The letter was discovered after a request was made that falls under the Freedom of Information Act. The Act was originally passed to keep citizens informed of governmental business.

In the letter, Garcia details incidents of angry parents at school board meetings making threats to school personnel. She says that parents are primarily irate about two issues: mask mandates and the teaching of Critical Race Theory (CRT) as a part of the public school curriculum. She claims CRT is not, in fact, written into the curriculum and that parents have sent threatening letters through the U.S. Postal system, thereby qualifying them as national threats. With this justification, she asked that the FBI and other government agencies be called in to investigate parents who have confronted school officials. 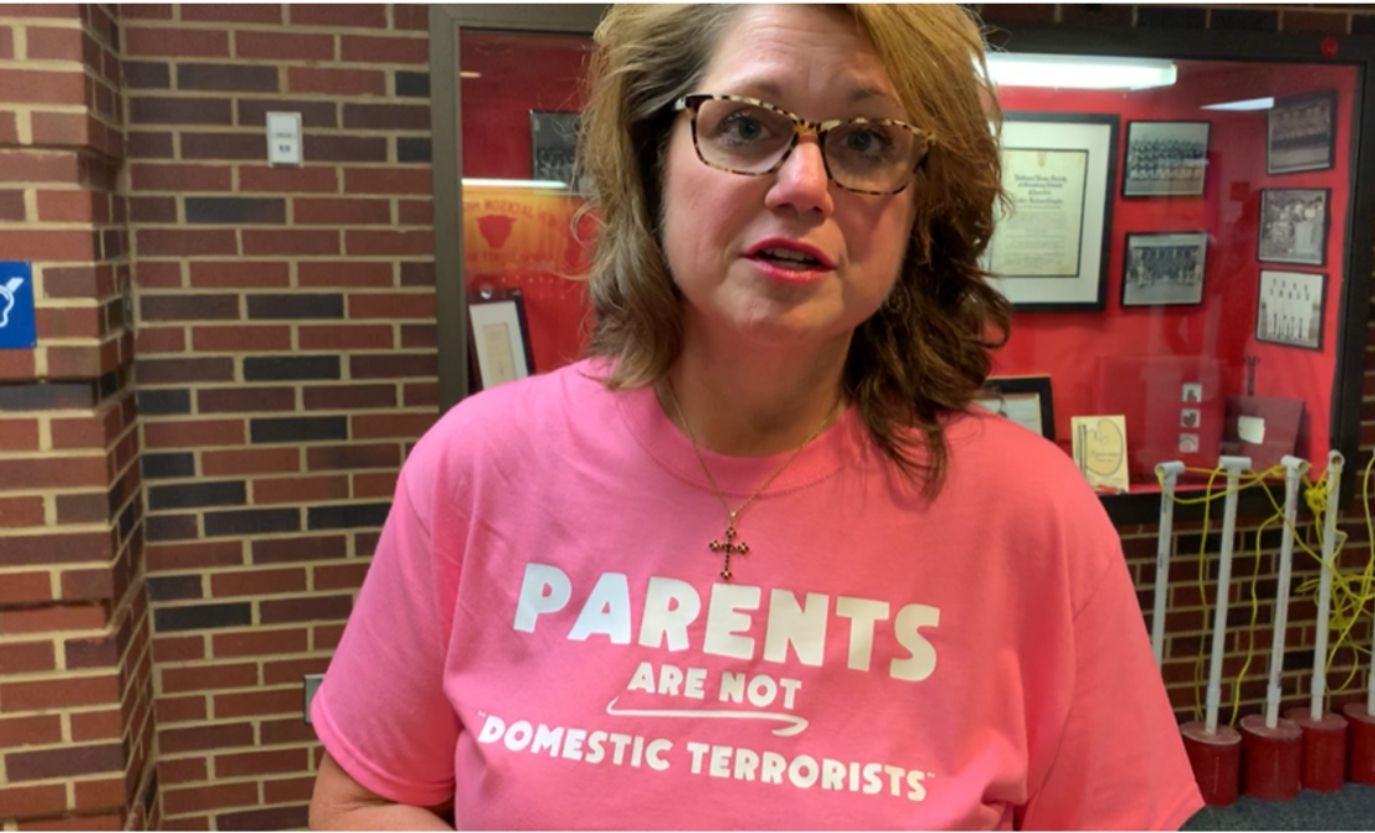 Her letter reads, in part, “As these threats and acts of violence have become more prevalent – during public school board meetings, via documented threats transmitted through the U.S. Postal Service, through social media and other online platforms, and around personal properties – NSBA respectfully asks that a joint collaboration among federal law enforcement agencies, state and local law enforcement, and with public school officials be undertaken to focus on these threats. NSBA specifically solicits the expertise and resources of the U.S. Department of Justice, Federal Bureau of Investigation (FBI), U.S. Department of Homeland Security, U.S. Secret Service, and its National Threat Assessment Center3 regarding the level of risk to public schoolchildren, educators, board members, and facilities/campuses. We also request the assistance of the U.S. Postal Inspection Service to intervene against threatening letters and cyberbullying attacks that have been transmitted to students, school board members, district administrators, and other educators.”

Garcia then placed a label on these parents: “As these acts of malice, violence, and threats against public school officials have increased, the classification of these heinous actions could be the equivalent to a form of domestic terrorism and hate crimes.”

Many parents have expressed outrage at Garcia’s use of the term and her request to involve law enforcement agencies at the highest level. Julie Pickren, who is running for State Board of Education, District 7, which covers all of Fort Bend County and east to the Texas border, has become a voice for these parents. She feels the “domestic terrorist” label is highly misplaced and that parents have every right to voice concerns and protect their children, without having the FBI show up on their doorsteps.

“It is wrong to threaten anyone with violence and there are state laws and federal laws to protect elected officials against threats,” said Pickren.“But what Ms. Garcia is requesting is an overstep of power and weaponizing our laws to intimidate parents and teachers, who aren’t threatening anyone, but simply standing up and saying no to a far–left liberal agenda in education. Ms. Garcia is requesting that The Patriot Act, a law put in place to protect our country against terrorist organizations like Al Quaeda, be used against parents and teachers who do not agree with the far-left agenda in education, an agenda that promotes pornography in the classroom, mandates masks and vaccines, teaches Critical Race Theory, and believes the government is better at making decisions for children than their parents.” 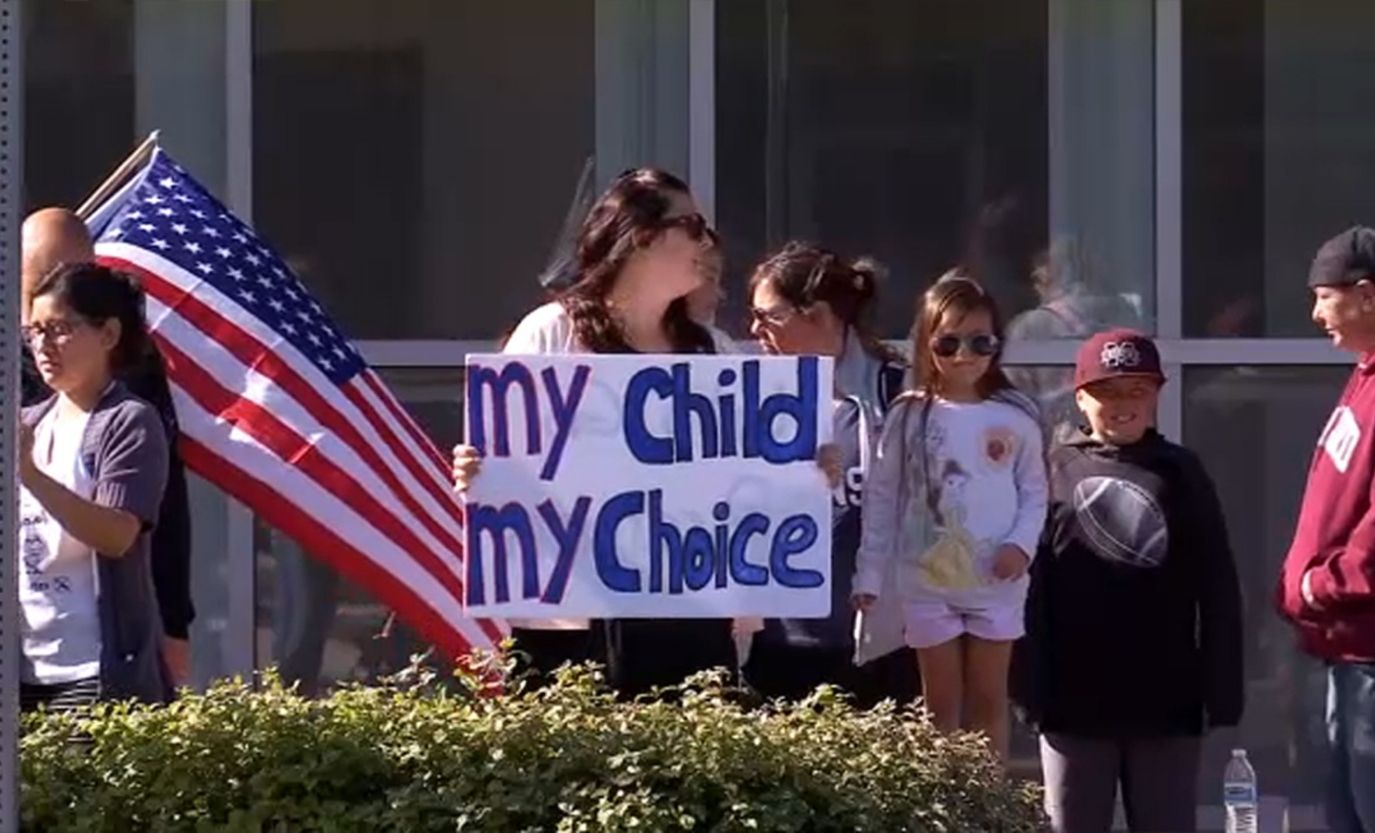 Pickren explained what has led to the alarm many parents feel about their children’s school experiences and the exacerbation expressed at meetings. “Parents are frustrated because they are being shut out of their child’s education. They are denied access to instructional material, kept out of education discussions, banned from their child’s school campus, and are being told by several school districts in Texas that what happens in the classroom is none of their business. Meanwhile, children are being exposed to pornography [many library books have been called into question and are under review], taught they are either victims or oppressors through Critical Race Theory, and are being forced/coerced to mask and vaccinate. For many parents their only influence in their child’s education and health decisions is to show up at a school board meeting once a month and speak for 2 – 3 minutes during ‘public comment.’”

As a candidate for the state Board of Education, Pickren is looking to make changes in the way public schools are designing curriculum and communicating with parents. She said, “We need to look at legislation that will protect parents’ rights to ensure all schools have curriculum transparency and a quick response time to parent inquiries, and we need to protect a parent’s right to go on their child’s school campus.All health decisions should be made by the parent, including vaccines and masks, and we need to ban pornographic material in the classroom.  In order to restore trust between parents and schools, we need full transparency in education. Parents should be able to access and review all materials and curriculum used in their child’s education.” 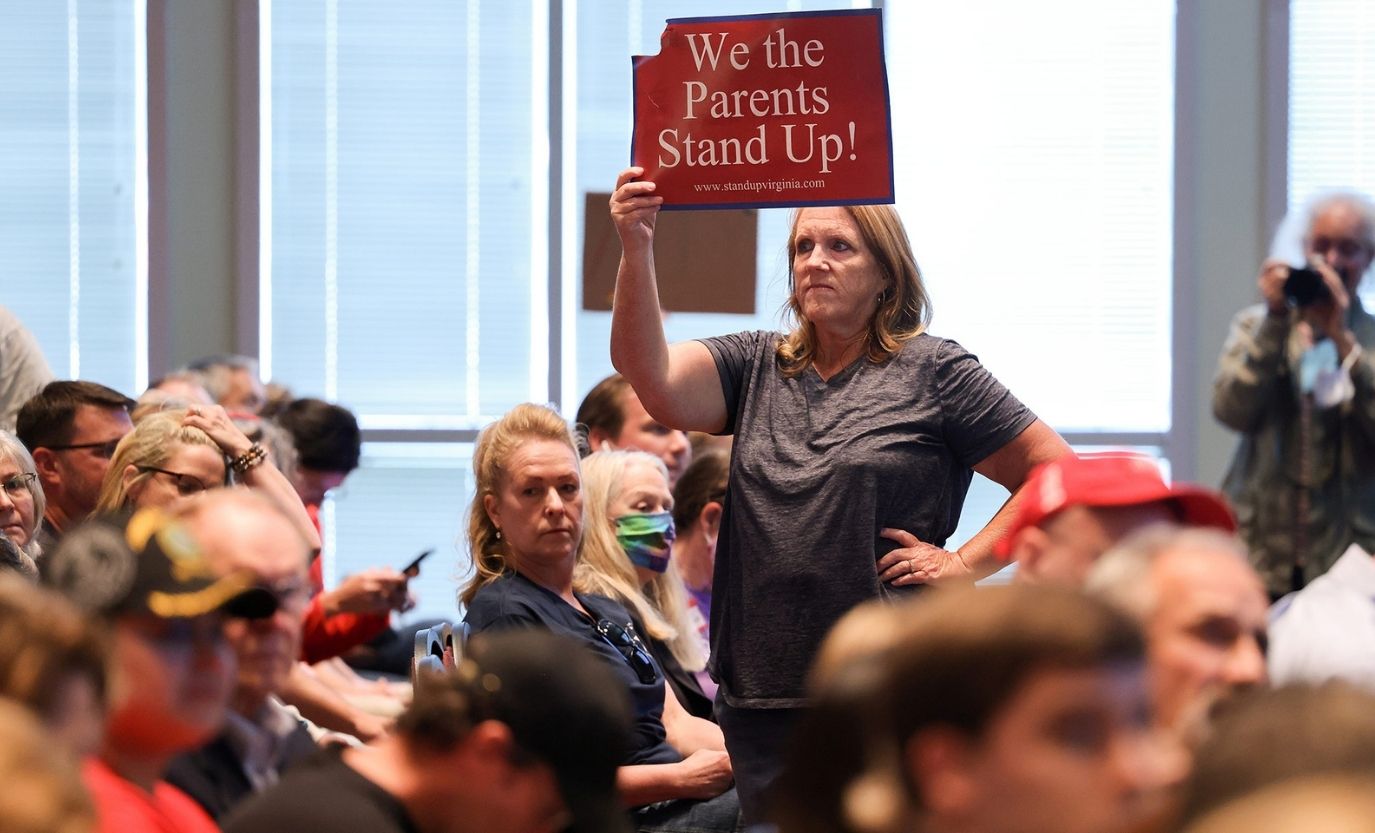 Pickren is not alone in her opposition to the letter’s content and tone. A letter signed by 12 state attorney generals, including Texas’ Ken Paxton, called Garcia out and adamantly disagreed with both her position and her leadership. The letter includes the following oppositions:

Delaware: “Disagrees, in the strongest possible terms, with parents and citizens protesting school board meetings being characterized as ‘domestic terrorists’ and their protests being likened to ‘hate crimes.’”

Idaho: “Had we been asked, we would have readily pointed out the mischaracterization of parents and patrons in our communities as domestic terrorists who merited federal investigation.”

Mississippi: “The terminology used in the letter was inflammatory.”

North Carolina: “The Association does not agree with the tone or language in the letter nor the request for federal agencies to intervene in our communities.”

Ohio: “[R]ejects the labeling of parents as domestic terrorists.”

State associations have also expressed serious concerns over the partisan nature of the letter and of the NSBA, and indeed some have disaffiliated with the NSBA as a consequence:

Delaware: “The DSBA is an apolitical advocacy organization, and we do not engage in partisan politics. The DSBA Constitution prohibits the endorsement of political candidates.”

Florida: “[W[e did not submit payment for 2020-2021 dues, which were due July 1, 2021. We have been clear about reassessing the value of our affiliation with NSBA due to concerns surrounding NSBA’s governance, leadership, transparency, and failure to embrace non-partisanship.”

Kentucky: “KSBA’s leadership is currently evaluating the benefits of continued membership in NSBA.”

Louisiana: “The LSBA has long been a member of the NSBA but has not yet paid membership dues for the 2021-2022 year.”

Ohio: “The OSBA board of trustees will be discussing our membership and relationship with NSBA at our next meeting of our Board of Trustees in November.”

America’s Housing Dilemma, Rent or Own? Do What Works for You.

Is MetaVerse the Key to a “Tolerable” Socialism?