A mere mile from Singapore, wealthy anti-Israel organizations, namely the Palestinian Authority (Fatah) and the Islamic Resistance Movement (Hamas) pay Malaysians of Malay and Chinese ancestry to help create a Malaysian environment hostile to Western conservative participation. In a small district no larger than a mid-sized American city, persons and teams work to hoodwink the masses and sabotage the West.

Agents of terror are fully human, and have noses, eyes, necks, ears, and torsos. They drink liquid water, eat meat and veggies, and sleep on nice mattresses. These women and men are not otherworldly demons; they enjoy dehumanizing the innocent, but you mustn’t make the mistake of thinking such agents of evil are nonhuman. Their inhumane behavior does not make them any less human. This reminder is meant to keep you vigilant as to how normal the infiltrators and saboteurs of our time look to the naked eye. 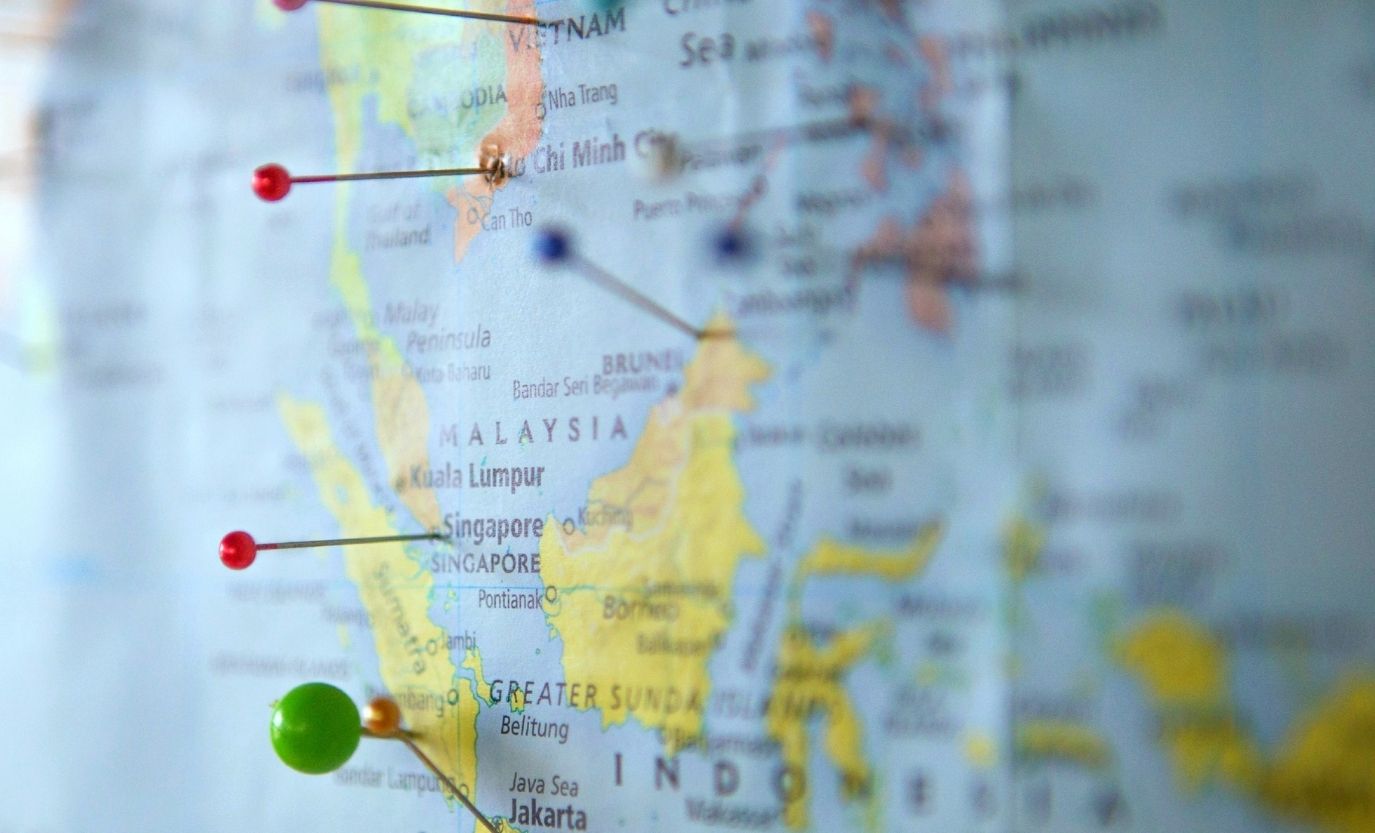 Professional Agency For Global Terror Is An Actual Career

The INSAP is of ethnic Chinese composition, and proves somewhat effective among civilians of Chinese descent. Hamas and Beijing prefer the INSAP for it is a component of the Malaysian Chinese Association. The Fatah Arabs are intellectually more ambitious, and rely on the Democratic Action Party, and the Parti Keadilan Rakyat (of ethnic Malay composition and naturally more useful) in the push to convert all Malay Muslims to the Arab Jordanian version of statehood. 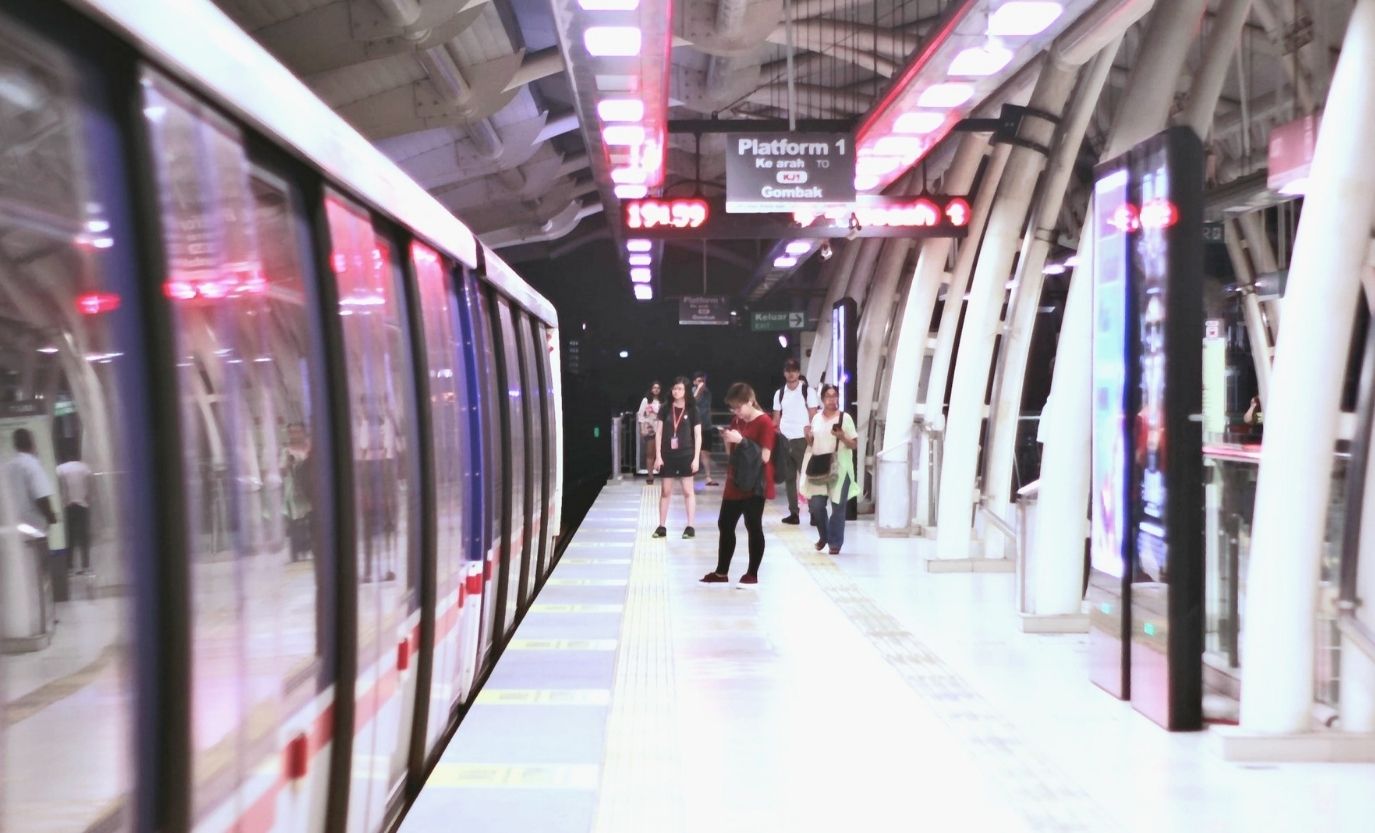 Fatah finances endeavors designed to popularize the Democratic Party, yes, America’s Democratic Party—a political society so unAmerican and undemocratic, and atheistic and radical Islamist all at once, that it is a misnomer and an anomaly in the American landscape; the radical Arabs pay to bring Democrats into Malaysian civic consciousness as the primary definition of what America is. These are foreign policy moves with no benign agenda whatsoever.

Gleeful and self-assuming, Fatah has international status at the United Nations and rewards operatives at competitively acceptable global pay rates. For works as ideologically mundane as advancing Japanese commerce and reviving the Japanese Empire, i.e. giving Taiwan to Japan, expelling US troops from Japan, et cetera, and way more exciting stuff such as ‘public teaching,’ media co-opting, hacking Jewish computers (cyberterror), and conducting on-the-ground social destruction, the highly professional Fatah organization pays an impressively multiracial collection of communicators and support staff in Malaysia, some with direct links to the center-left Indian National Congress, and variously Caucasian, South Asian, Arab, and Chinese. Faces and missions aren’t always clandestine, and they do waltz with celebrity star status or ride a train without wearing a hoodie.

Diametrically opposed to the Bharatiya Janata Party that helms the Republic of India today, the Indian National Congress is neither a congress nor a national institution, and is merely a political party actively aligned with Fatah Arab Palestine. INC founder Mahatma Gandhi was famously antisemitic and pro-Axis. By contrast, the rightist-conservative Bharatiya Janata (BJP) heads national Indian efforts to secure Hindu civilization against radical Islamic terror domestically, and a belligerent Pakistan in the northwest. In Pakistan and Malaysia, Fatah works tirelessly to advance Communist and Islamist agendas that aim to set peoples decades back, and to plunge mindsets into hatred against the Jewish nation.

Fatah helps put money where desired, and meets bread, butter, and networking needs. Terror is fundamentally personable. Whether it has been Fatah operative Hala al-Quloub or Johor Bahru-based Ang Tun Chek and Chua Ching Hao, the human element of the Palestinian Authority’s involvement—rugged, practical, and down-to-earth, is unmistakable. Furthermore, it is proof that unheard-of cities like Johor Bahru and Kota Iskandar matter to Fatah, even if the world has failed to catch on to the strategic importance of satellite metropolitan populations. 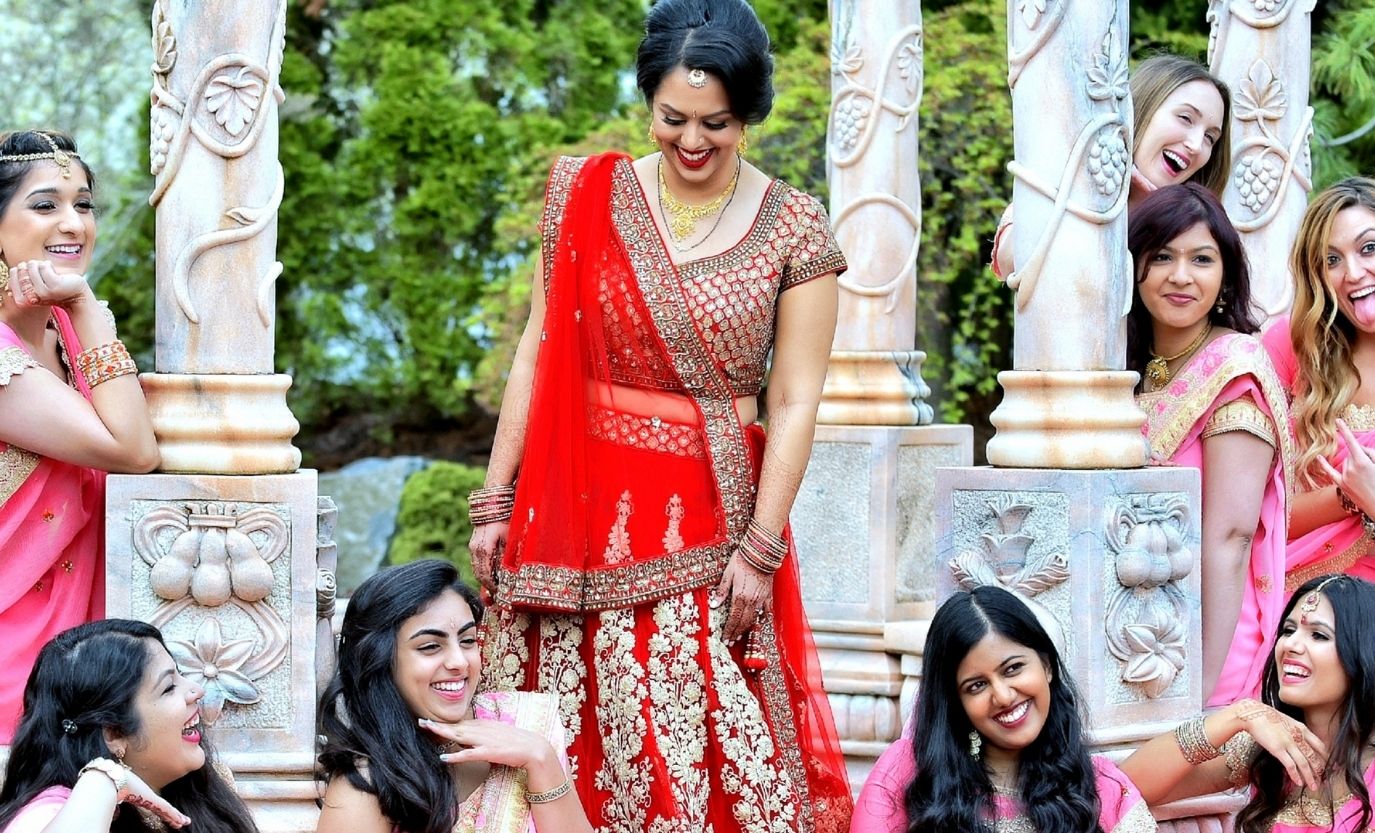 How Asians End Up Siding With Terror

Converting Malaysians of Malay and Chinese ancestry to the Democratic ideals of antisemitism, recreational abortion, and identity eradication is a job that requires persistence. The chronicles of time prove that. More is sought, and labors are not over, but the groundwork had already been laid with a hundred years of sheer hard work. Here is a review.

Between the Jews and Arabs, the Jews are the older race in Israel; but the radical Arabs and extremist Muslims hate being such latecomers to Israel, and it is the mission since 1921 of militant Islam to oust the Jews and replace Israel with Palestine. Amin al-Husseini, illustrious Nazi and pioneer-forefather of Fatah, fueled this new radical trend and was quite diligently a trendsetter of sorts.

Between 1931 and 1945, antisemitism reigned supreme. Germans and Japanese toppled the right-wing Republic of China, and sneak attacked Pearl Harbor, gathered up Jews and Chinese and deleted them, and expanded Axis power in a sweep that killed more Caucasians, particularly Jews and non-Jews on the Allied side, than in any other war prior to that in human history.

Mao Zedong, trained and armed by the Japanese, founded Communist China in 1949, and commanded all Chinese to kill American Caucasians. Between 1949 and 2021, the same anti-Caucasian attitude was fanned to flame and officially encouraged every few years. The Communist Party armed and financed the Hamas and Fatah movements, and in 1988 recognized the ‘State of Palestine’ when Fatah created it that year and crowned Yasser Arafat as president. 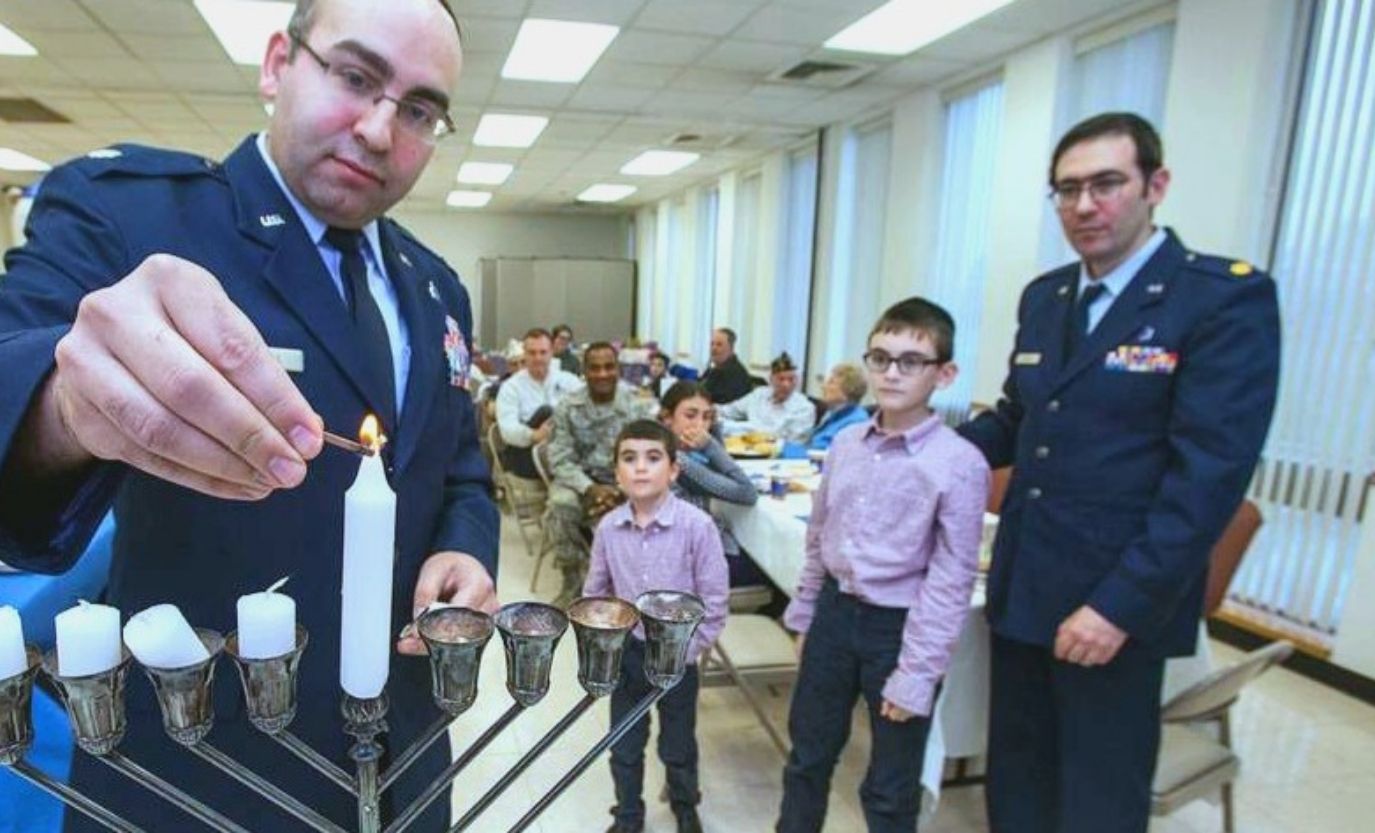 Between the Jews and Arabs, the Jews are the older race in Israel; but the radical Arabs and extremist Muslims hate being such latecomers to Israel, and it is the mission since 1921 of militant Islam to oust the Jews and replace Israel with Palestine.

The Communist Party built state apparatuses specifically to promote, coerce, and facilitate the extermination of racially Chinese babies, sparing Muslim babies; meanwhile the Democratic movement in America awarded all of Vietnam to Communist Vietnam, and enshrined the killing of Caucasian babies whether Jew, non-Jew, or African, or Hispanic, indeed the termination of womb life—euphemistically called abortion—as a responsibly human and indeed moral right: emotionless, well-reasoned, and the mark of intellectual maturity between the sexes, it was to be the ensign of a bold, new, and progressive age.

The millennium came to be. Fatah, governing the Arabized Judea and Samaria, decided to attack inland Israel while al-Qaeda ripped into the World Trade Center towers in Manhattan. The Communist Party instructed Chinese people to laugh at America. Unexpectedly in Asian affairs, longtime Beijing allies—the Uighurs, who had assisted the Communist Party to power, began devising a Turkestani State, and started terrorizing inland Chinese locales; soon, it became clear to ordinary Chinese people that radical Islam was not really a friend.

A Radicalized Malaysia Will Destroy The West

The Japanese tried to create a left-wing fascist Islamist Malaya with KMM Melayu Muda collaboration, but the venture failed after Hiroshima and Nagasaki were leveled. The Japanese went into ceasefire mode; and the British, weakened and spent after a global war, returned half-limping to Malaya. In 1947 and 1948, the United Malays National Organization and Malayan Chinese Association were consolidated to protect Malay and Chinese masses from communist insurgency.

The founding of sovereign Malaysia in 1963 has seen the United Malays National Organization and now-Malaysian Chinese Association combine wits and resources against communist terrorism and radical Islam. Between 1963 and 2018, the Umno and MCA were the highest authorities in executive Malaysia, and blocked the ascent of the Communist Party, the Socialist Party, and the Islamic Party. These are real affairs of real people born and raised in the Malaysian peninsula, and the issues have never been mere wargames on paper. Thirty-one million people live in this country. 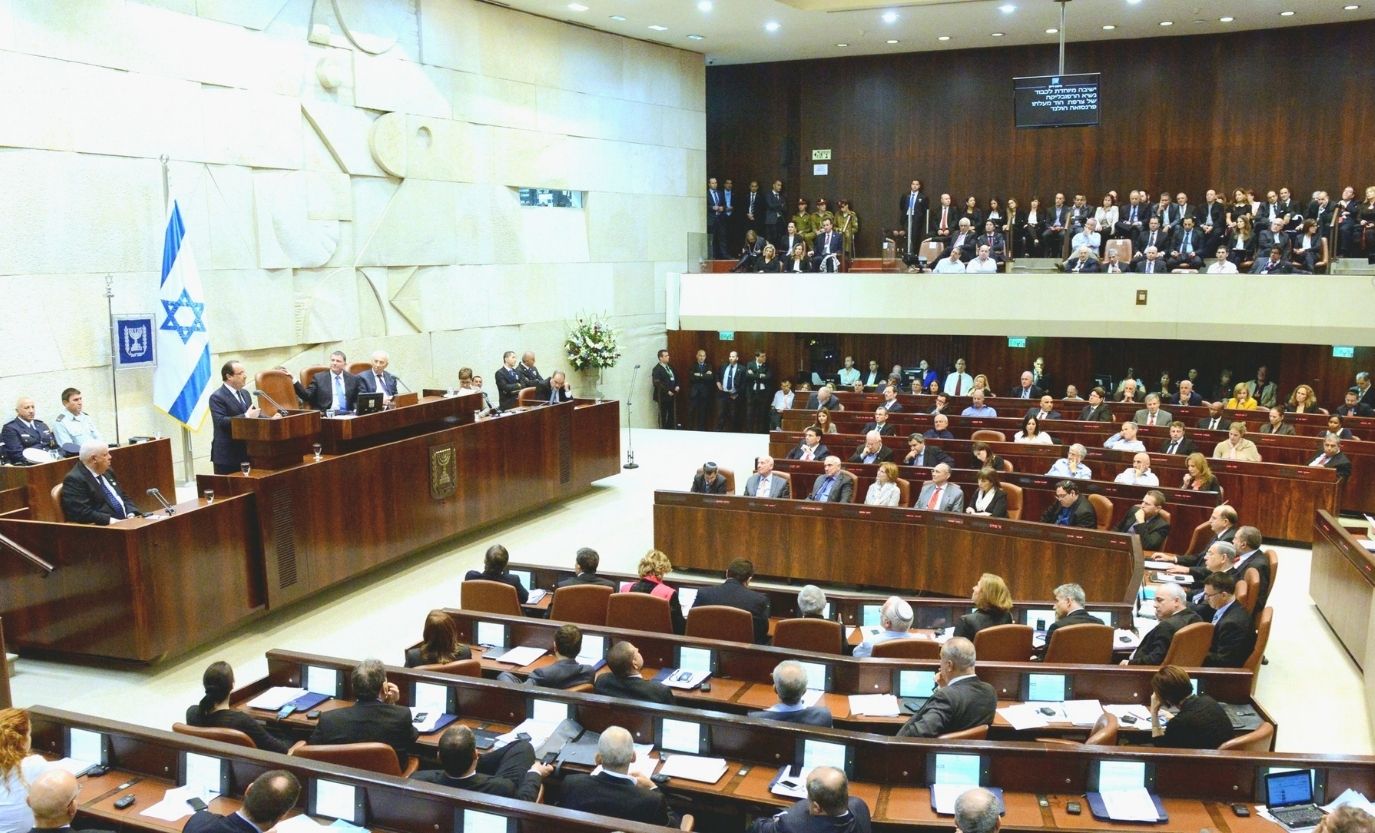 With the United Arab Emirates and Bahrain having become Israel’s friends in 2020, Malaysia is the only Muslim-majority country that stands at a crossroads.

With the United Arab Emirates and Bahrain having become Israel’s friends in 2020, Malaysia is the only Muslim-majority country that stands at a crossroads. These three nations are the only modern Muslim entities on the face of the earth. Bosnia, Albania, and Turkey refrain from modernity, because they do not possess the political will or social impetus to join the global movement of moderates against radical Islamism.

Will Malaysia succumb to the temptation of joining radical Arabs in support of antisemitism and Arab Palestine? Already the Hamas and Fatah organizations have extended deep into the MCA, and Beijing is openly paying off individuals in the Association. Terrorism is no longer done in secret.

A radicalized Malaysia would spell doom for the West, indeed both Europe and America. A Malaysia lost to professional terror would destroy Westerners. Malaysia is technologically equipped on every level for cybersecurity sabotage against anyone in the western hemisphere, from Armenia, Cyprus, and Israel to Massachusetts, California, and Alaska.

In addition the Malaysian armed services are powered by Russian and American military hardware, and service personnel who are easily swayed by anti-Israel messages and pro-Axis nostalgia propaganda. At the command of a leftist King or antisemitic Prime Minister, these land, air, and naval forces would be terrifyingly effective in campaigns against Australians, Israelis, and American Pacific populations.

Suddenly Malaysia does not seem as far removed from global relevance as initially supposed.

Texas Values Will March in D.C. and Texas This Week to Protect Life