On Monday, January 17, Texas Congressman Dan Crenshaw spoke at a Montgomery Tea Party meeting. Attendees were invited to ask Crenshaw questions during an open forum. His exchange with one young woman has dumbfounded the nation.

“Jesus Christ… is my king. I see you claim to be a Christian. You talk about God, but when you claimed that Jesus is a hero archetype, you not only lied about Jesus not being real, but you lied about being a Christian,” the woman, 18, said.

The woman, who wishes to remain anonymous, is referring to a comment made by Crenshaw during a podcast episode in 2020. This comment, in which Crenshaw seemingly implies that Jesus is a hero archetype, but not a real person, has recently resurfaced under intense public scrutiny.

The crowd erupted in boos. A member of the crowd called Crenshaw a liar.

To view a full livestream of the Montgomery Tea Party Meeting, visit this link. Crenshaw’s specific exchange with the eighteen-year-old woman can be watched in this video, which was provided by Jameson Ellis, who attended the event. 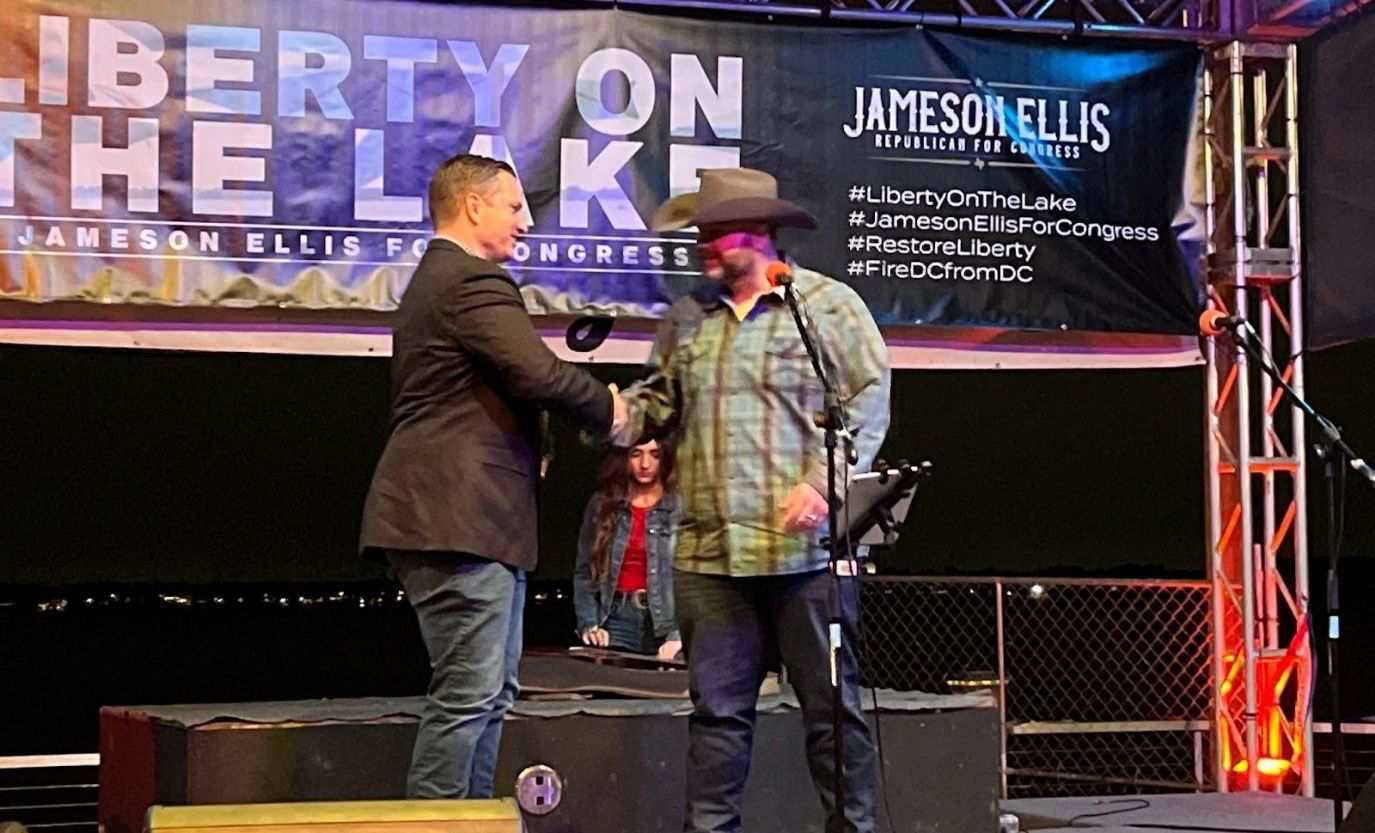 “As conservatives, we have struggled to gain support among both Millennials and Gen Z. Dan Crenshaw had a unique opportunity to build a bridge with a brand new, first-time voter, and what did he do? He burned a bridge by getting defensive and making demands instead of choosing humility and having a servant’s heart,” Ellis said.

“Does this sound like the heart of someone that represents the heart of Texas? Because in my humble opinion, knee-jerk reactions and getting triggered when being asked to give an account is not the answer. After all, we cannot restore liberty nor get out of the mess we’re in by using the same actions and thinking that has put liberty in jeopardy to begin with.”

Since the Montgomery Tea Party meeting on Monday, Crenshaw has made allegations that the young woman was planted at the event by his opponents. These claims spread after images of her holding a “Jameson Ellis, Republican for Congress” sign emerged.

Katy Christian Magazine has gained access to an exclusive interview with this woman, during which we asked her about these claims. 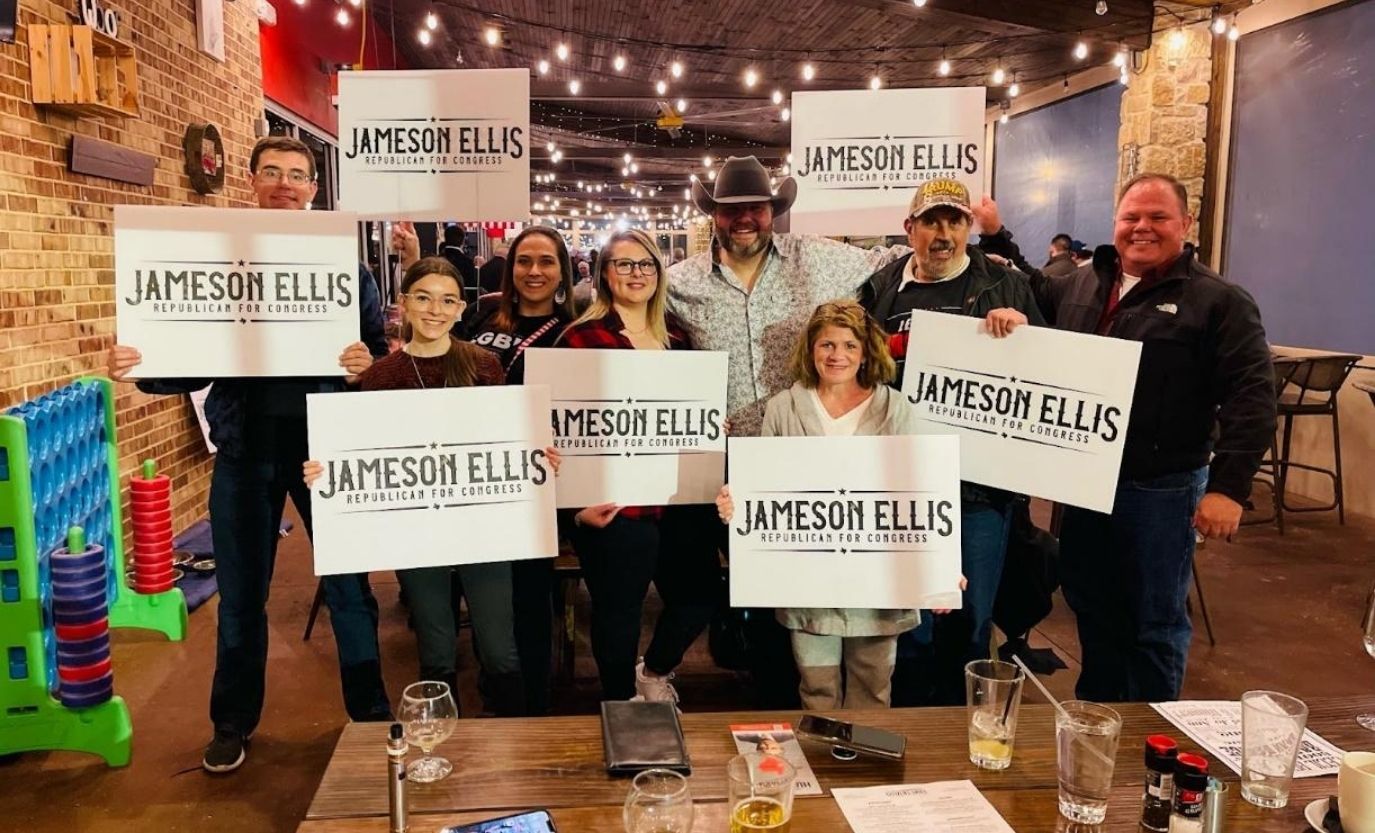 [Monday’s meeting] wasn’t my first time at an event like this,” the woman said. “I researched and prepared all of my questions myself.

The young woman denied any affiliation with Ellis, other than being a supporter of his campaign. She identifies as Christian conservative, detailing the important role that Jesus plays in her life.

“I felt like I needed to defend my faith. I did not expect [Crenshaw] to react the way that he did,” she said.

“While she is a supporter of my campaign, no one from my campaign remotely suggested she confront Crenshaw. With that being said, we are very proud of her for her courage and willingness to engage in politics at such a young age, and for taking a stand for her beliefs. My hope is that she inspires others to do the same,” Ellis said.

The Montgomery Tea Party meeting began with a recital of the Pledge of Allegiance and a prayer. Then, Congressman Dan Crenshaw took the stage.

“The same people who spread [other conspiracies] also spread that I don’t believe in Jesus. When you question my faith, you’re really coming at me, and I’m not going to accept that. I believe Jesus Christ is real, and our Lord and Savior. Anyone who questions that is going to get on the wrong side of me very quickly.”

Following the meeting, videos of Crenshaw and his response to the woman’s question have gone viral. Legions of concerned voters have taken to the internet, criticizing Crenshaw’s reaction to questions about his faith. Many believe he unfairly and aggressively snapped at the 18-year-old.

“When you question my faith disingenuously, you’re crossing a line with me. Accusing me of not believing Jesus Christ is real is crossing a line. A known supporter of my opponent did exactly that, with ill intent. My reaction was justified,” Crenshaw said. 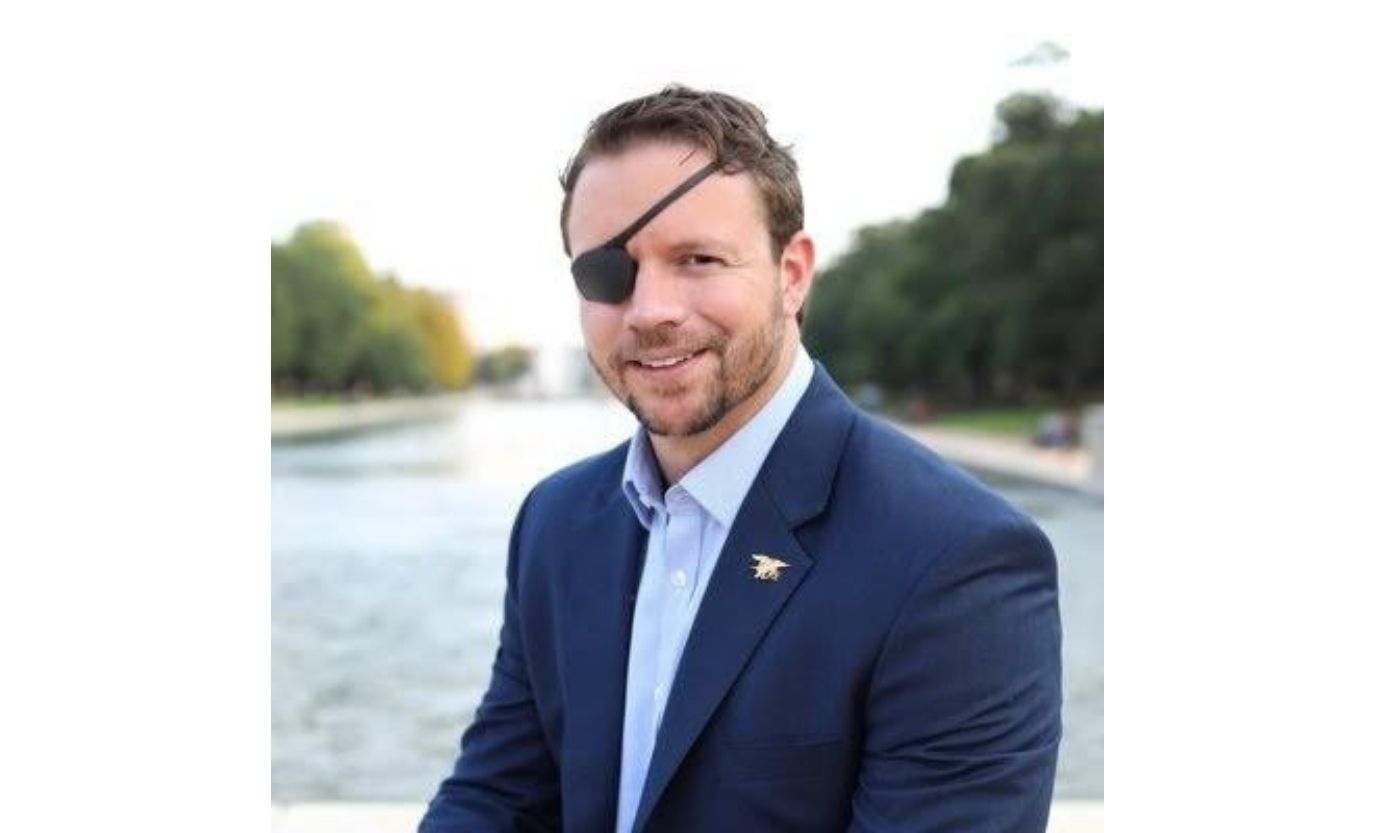 As the primary election rapidly draws near, tension has built in the political atmosphere. Apprehensive voters want to understand the true natures of candidates, instead of the coached and prepared versions they see during campaigns.

This statement points to Americans’ declining trust of leaders and government officials. This is particularly true for conservatives, who express worries about media censorship and government cover ups.

According to a Pew Research Center study in 2019, “three-quarters of Americans believe that their fellow citizens’ trust in the federal government has been shrinking.”

Nearly two-thirds of Americans believe that this climate of distrust in government has made it harder to solve many of the country’s problems. 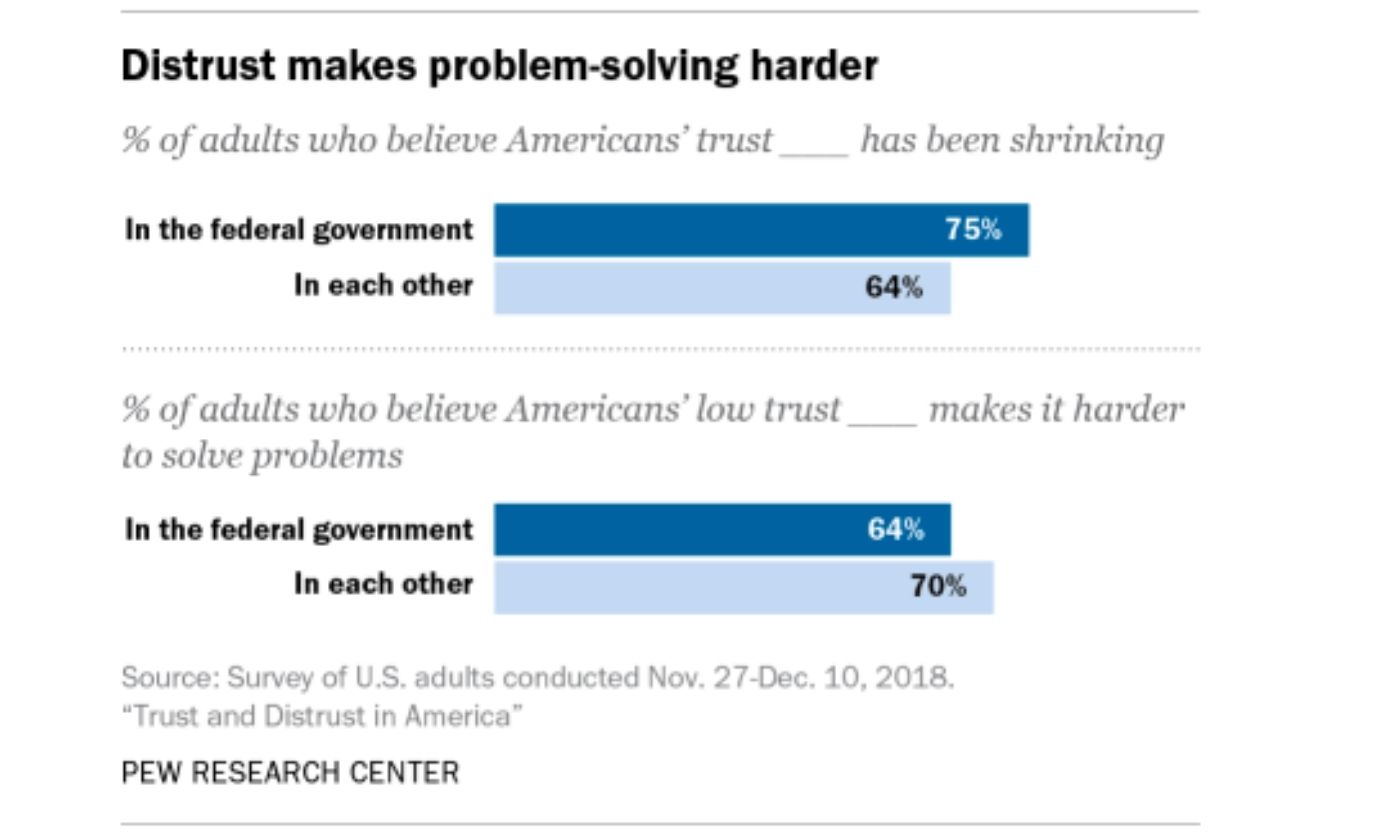 The most that any citizen can do on an individual level is to scrutinize political candidates with a careful eye. Voting in a free society is both a privilege and an obligation, and in a representative Republic, we’re responsible for selecting officials who best represent our interests and values. After elections, we must continue to watch these candidates with the same trained eye.

We at Katy Christian Magazine believe that our mission to the public is to uphold Christian morals in all facets of life. We view all personal, interpersonal, social, and political affairs through a Christ-centric lens. In relation to politics, it is our duty to our readership to continue to hold officeholders accountable for their words and actions.

In fact, this is the case whether you’re a Christian conservative or Christian liberal; we must enforce Jesus-oriented values in the public sector, or we risk permanently silencing our beliefs.

On this note, we encourage our readers to critically examine the events that occurred at the Montgomery Tea Party meeting. It is possible that Crenshaw misspoke on his podcast and is in fact a believer in our Savior. However, his reaction on Monday also speaks volumes.

“A soft answer turneth away wrath: but grievous words stir up anger.” Proverbs 15:1

CDC on COVID-19 Cases and Hospitalizations in California, New York in 2021