The Texas Secretary of State released this statement shortly after making its decision to audit the 2020 election results in four Texas counties:

“Under existing Texas laws, the Secretary of State has the authority to conduct a full and comprehensive forensic audit of any election and has already begun the process in Texas’ two largest Democrat counties and two largest Republican counties—Dallas, Harris, Tarrant, and Collin—for the 2020 election. We anticipate the Legislature will provide funds for this purpose.” 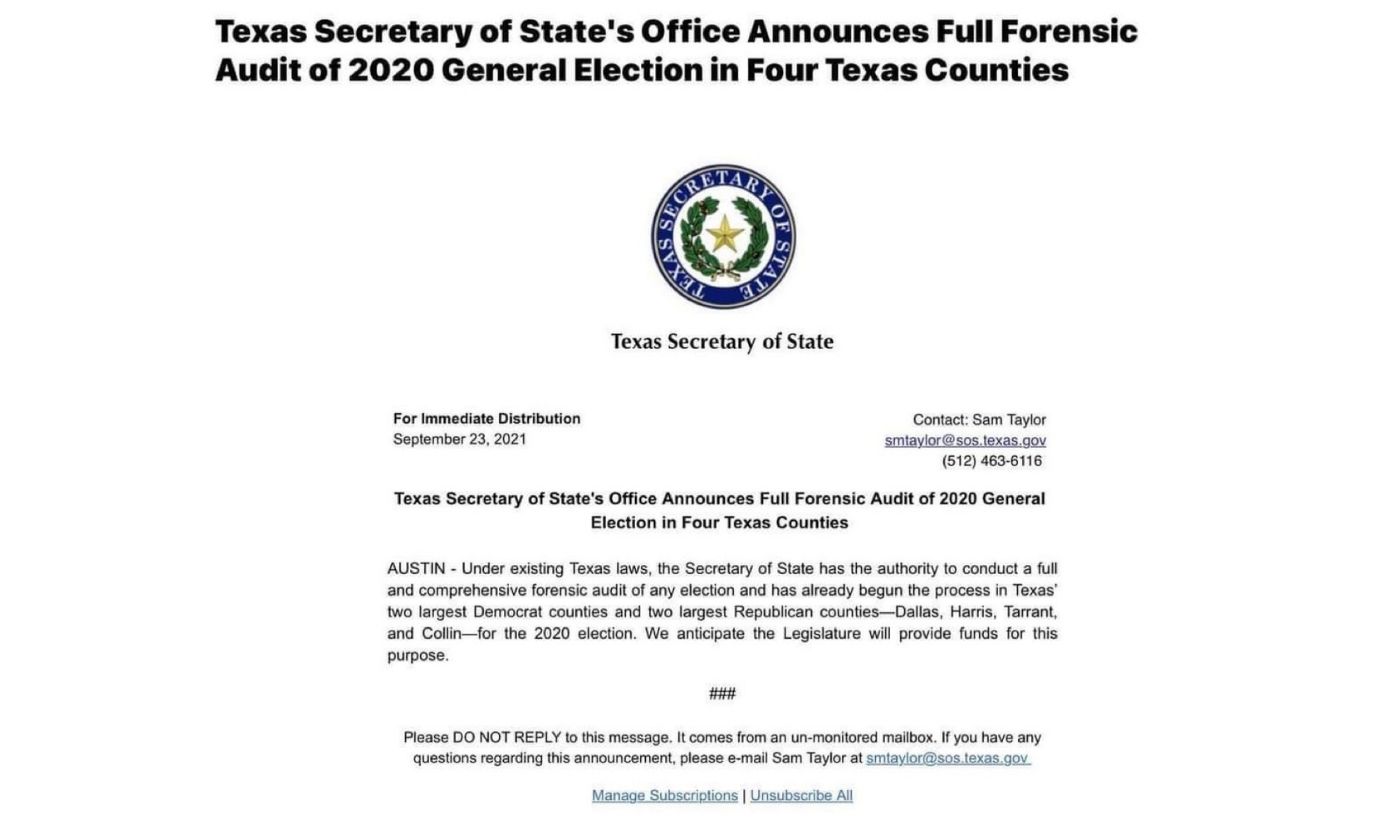 President Trump won Texas by 5.6 percentage points, or by 631,221 votes. However, President Joe Biden handily defeated Trump in Dallas and Harris counties. In Harris County alone, Biden defeated Trump by a whopping 217,563 votes, or 55.96% compared to Trump’s showing of just 42.70%.

Even in traditionally conservative Collin County, President Trump barely eked out a victory by less than 32,000 votes, or 51.40% compared to Biden’s 47.05%. 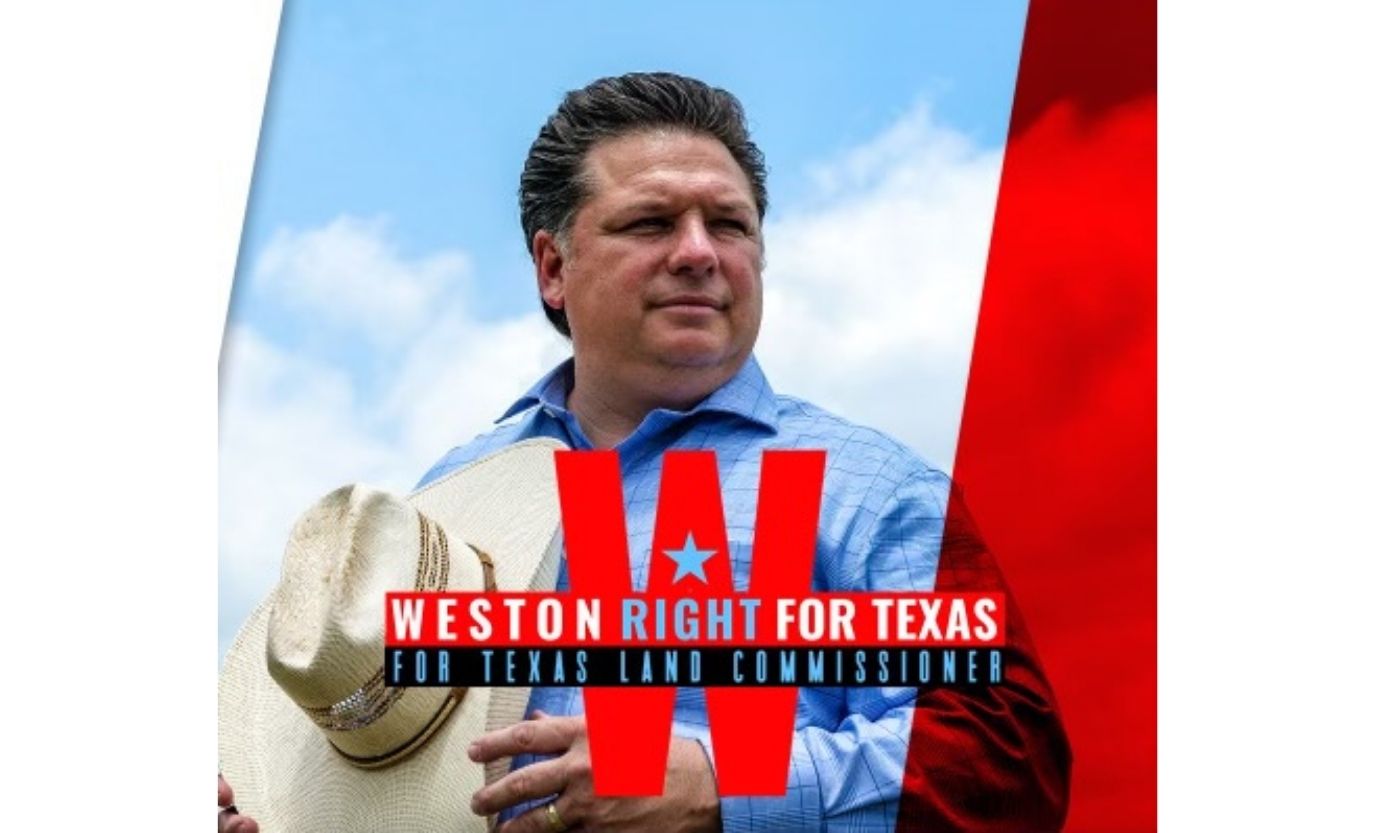 Weston Martinez, a Republican candidate for Texas Land Commissioner, who also played a key role of exposing the illegal ballot harvesting scheme perpetrated by Raquel Rodriquez that was exposed by Project Veritas, went even further.

“While this is a great first step and sorely needed, what about Bexar and Travis Counties? There is blatant voter fraud occurring in many Texas counties that needs to be exposed,” Martinez stated.

“I have fought voter fraud in Texas for nearly ten years, and while I welcome any actions taken by the Texas Secretary of State, we have a long way to go in addressing the election illegalities occurring all across our state,” he concluded.

Freedom in Your Identity in Christ

Is God Mad at You?