In our previous installment, we ventured into the realm of forthcoming fulfillments of ancient Bible prophecies surrounding a major breakthrough in oil discoveries in Israel in “the last days (Genesis 49:1-2).

The patriarch Jacob (Israel) started the process by prophesying to his 12 sons in Genesis 49. To his eighth son, Asher, the dying father declared:

“Bread from Asher shall be rich, and he shall yield royal dainties.” (New King James)

What are these “royal dainties” and why would they be called such?  The New International Version (NIV) shows these to be “delicacies fit for a king.” These “royal dainties” would be of such market value in the last days as to capture the interest and investment of leaders (the royal) of the world. What do we know in the world today of such high value as to capture the attention and energy of leaders everywhere to get their portion?

Now, keep this picture in mind as we read what Jacob said of his once-lost son Joseph in verse 22:

Joseph is not a fruit-bearing tree, OK? He is, however, one of 12 sons whose progeny would become a region of land within the Land of Israel. This “fruitful bough by a well” reference points to a people who would receive a natural resource from the depths of that land (“by a well”) that would produce a product of such quality that others outside its boundary would want it.

“ … a fruitful bough by a well; whose branches run over the wall (export?).”

Teamed with Asher, Zebulun and Issachar (previous report), Joseph would yield such royal dainties in large enough capacity as to export to other nations whose leaders would want it!

9 For the Lord’s portion is His people; Jacob is the lot of His inheritance.

13 He (the Lord) made him (Jacob) to ride on the high places of the earth, that he (Jacob) might eat the increase of the fields; and He made him to suck honey out of the rock, and oil out of the flinty rock;

As noted in our previous report: “Pumps are made to either push or suck. Oil pumps suck petroleum out of the ground.” Here, “Jacob” (the regions of his sons – Manasseh and Ephraim –   in the last days) will “suck honey out of the rock, and oil out of the flinty rock.” Another description of a future oil production project in Israel?

The Head & Crown of Joseph

1 “And this is the blessing, wherewith Moses the man of God blessed the children of Israel before his death.

13 “And of Joseph he said, Blessed of the Lord be his land, for the precious things of heaven, for the dew, and for the deep that coucheth beneath,

16 “And for the precious things of the earth and fullness thereof … let the blessing come upon the head of Joseph, and upon the top of the head of him that was separated from his brethren.”

The picture here is of a head being covered in oil from the top down; the act of anointing! Joseph is to be anointed above his brethren … the 11 who betrayed him and sold him into slavery. It’s to be a special recognition of honor “in due season” (1 Peter 5:6). 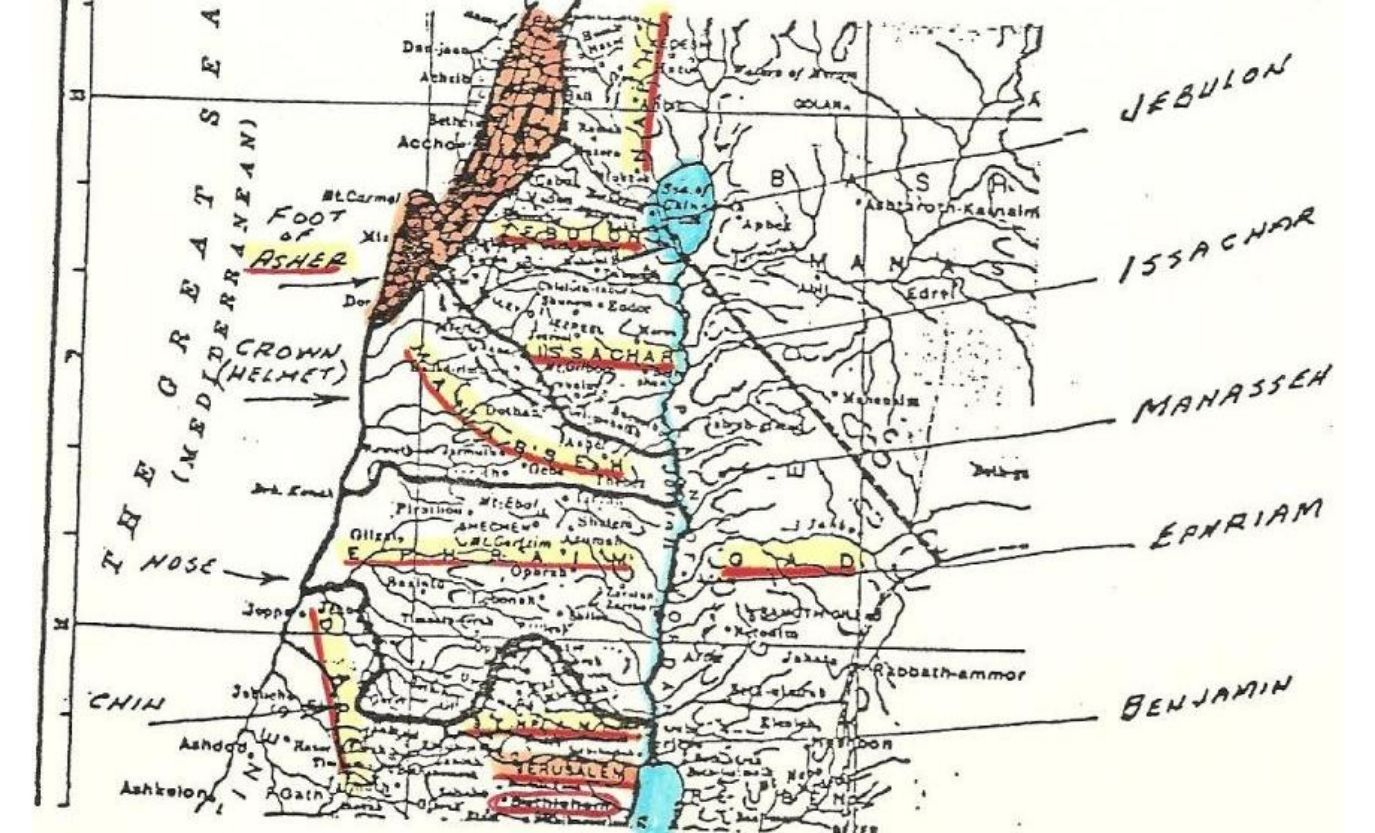 Seeing the map shown here, we see the outline of a man’s left profile facing the Great Sea (the Mediterranean). It is the outline of the “territories of Joseph” which included Ephraim (Joseph’s second-born son), Manasseh (his first-born), and his brothers Zebulun, Issachar and Asher. Please notice the boundaries of each:

It is from this area that the oil will flow! This was to be the focal point of production and distribution in the last days for Israel’s oil … from Caesarea in the south (toe of Asher) to the port of Haifa (Asher’s heel in the north) … above-ground pipelines along the shore and manufacturing plants inland from Haifa (Zebulon and Issachar) – exactly where current projects and discoveries are taking place today! But, there’s more to this story yet to come!

What to Know About the Delta Variant