The concept of eternity is impossible for us humans to wrap our heads around, as here on Earth, we are bound by a defined time, space, and the physical limitations of our bodies.

But the afterlife is another story, one we have read about in the Bible and learned about at church, yet one we truly can’t fathom. So we rely on faith to guide us, to help us strengthen our relationship with God, so that we trust in an eternity with Him.

We also find comfort – or fear, depending on the circumstances – from the experiences of those who have gotten a taste of the afterlife and who have lived to tell about it.

Phillip Nolley, who attends Church of the Cross led by Pastor Johnny Teague, had a near-death experience that has changed his entire outlook on life. At the age of 34, Nolley pulled over in a Fiesta grocery store parking lot to sleep during a long trip. He awoke to a truck pulled alongside him and filled with six men and women attempting to highjack his car. When he turned toward them, he was shot with a 22, the bullets smashing through his shoulder and jaw, which was shattered from the impact. He was life-flighted to a nearby hospital and his parents were notified that his condition was critical and they should prepare for the worst.

While his parents made funeral arrangements, the doctors tried valiantly to save him. Looking back, Nolley described what happened next. “My spirit left my body and went to heaven. I have no doubts about that. I could look down and see the doctor working on my lifeless body. The next thing I knew, I was outside golden gates next to a redbrick wall. Everything was clean, with fresh trees and green grass, no trash and no sign of people. I could smell how fresh it was; I could smell the flowers. I wanted to stay and had no desire to come back. Then I recognized the presence of Jesus. I could see his robe but not his face because there was just so much light. But I could hear his voice. He sat at my side and told me three times that it wasn’t my time to be there. I could feel his warmth, the love, peace, and kindness. Then I felt my spirit returning to my body, and I knew I was back.” 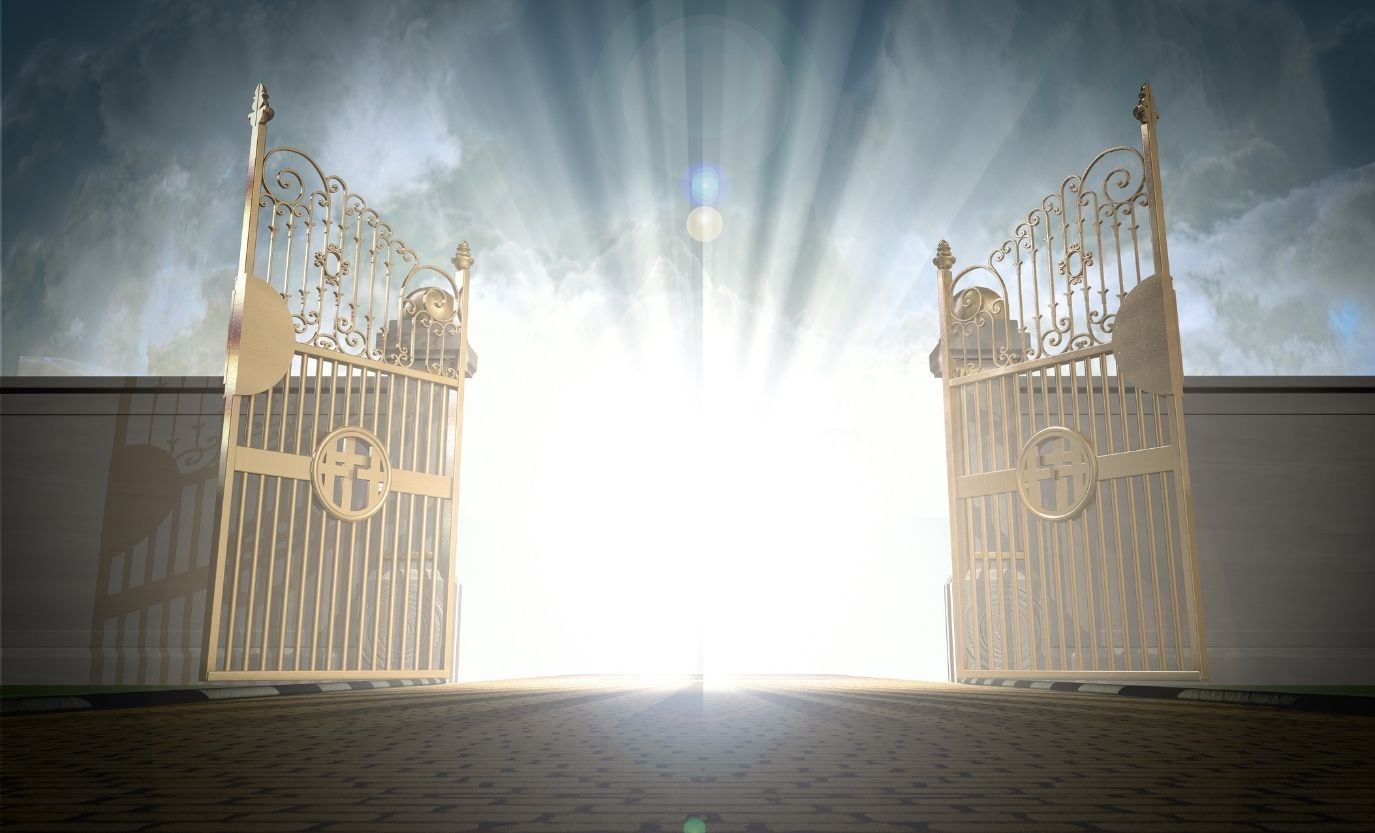 Nolley remained unconscious, waking up three days later in intensive care. He climbed out of bed and walked to the restroom unassisted, shocking the nurses in the hallway who rushed to him. The staff viewed his healing as a miracle, not only that he was alert, but that he was walking. Although the doctor told him to take it easy, Nolley announced that he was ready to go home. Three weeks later, he went back to work with the City of Houston, but not without feeling that he would never be the same.

“When I told my parents about my experience, my mom said, ‘I believe you because people do experience this, and for you, it’s your sign to get back into church and understand what the Lord is trying to tell you to do.’ She was absolutely right, and I’ve been a church-goer ever since.”

Research supports the profound change many people undergo after a near death experience. “Roughly one out of every three people who come close to death will have transcendental experiences,” said Kenneth Ring, one of a team of researchers who have studied this phenomenon. “You never recover your original self. That is lost to you. It’s not your physical body that has died, but something in you. You won’t be the same again.”

For some, the experience is bad enough that they turn their lives around after a glimpse of hell that is so harrowing, they never want to return. In his book My Descent into Death, Howard Storm described his experience during emergency surgery, when his soul was “viciously attacked by evil creatures in hell.” When he tried to pray, it further provoked the furious creatures. “They screamed at me, ‘There is no God!’ … They spoke in the most obscene language, worse than any blasphemy said on Earth,” he recounted.

Similarly, Ronald Reagan from Knoxville, TN, told a harrowing story of a life lived on the edge, followed by a death that showed him the depths of hell. Reagan was a repeat criminal who became even more violent as a result of drug and alcohol abuse. In his own words, he was not a good person, and that led to a fight outside a liquor store when he was just 25 years old. 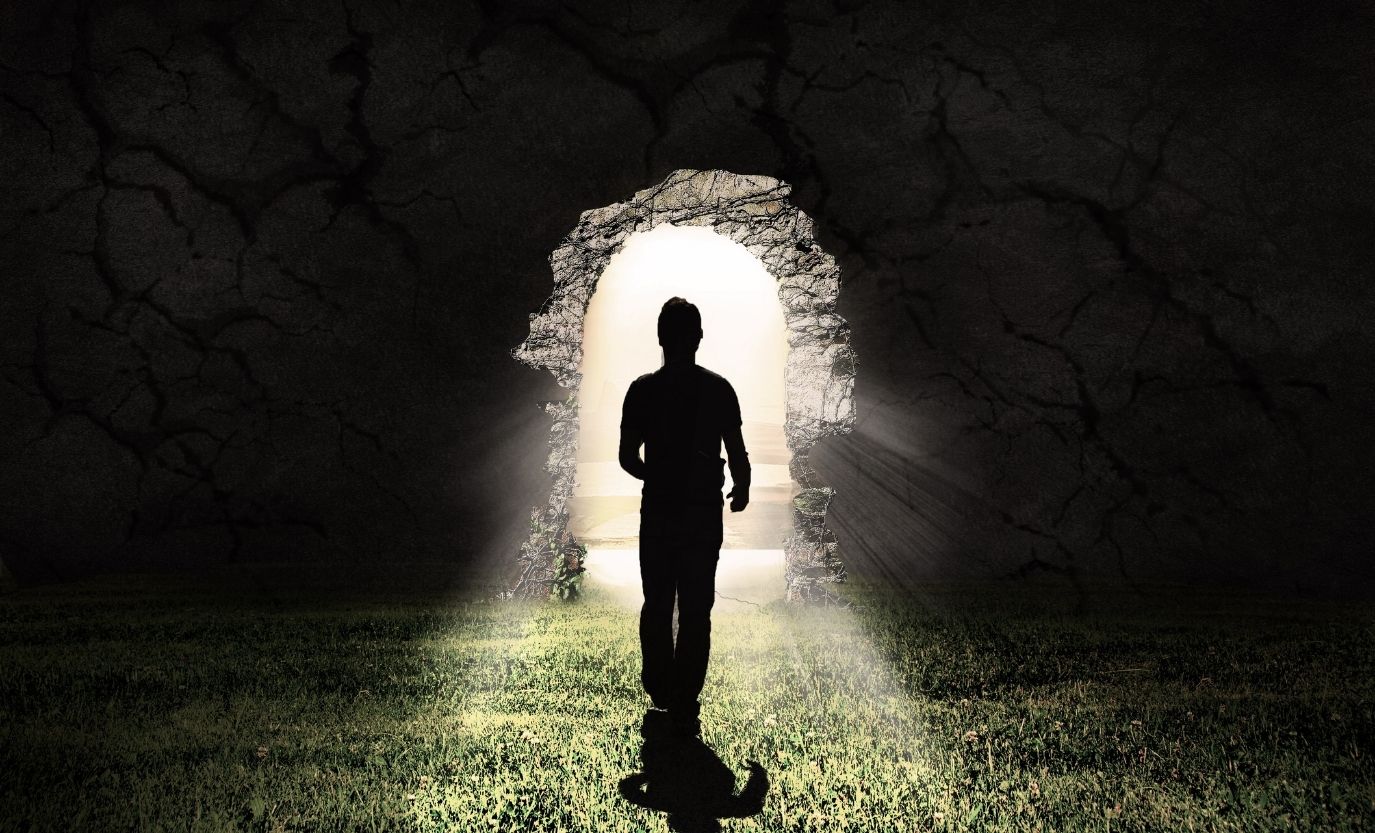 He said of his encounter with the man, “I hit him and knocked him down. He broke a bottle and started stabbing me. In just minutes, I was bleeding to death.”

Once in the ambulance, he says he could feel his body floating above the gurney, but not pleasantly. “It was like I was passing through the open mouth of an active volcano or a burning lake,” he explained. Then he began recognizing familiar faces around him, all dead and all screaming at him, crying and wailing, “Ronnie, don’t come here, there’s no escape.”

He then felt his body jerk as if he’d been electrocuted, and he was pulled back into the land of the living. He reports that he repented after his recovery and dedicated his life to helping save others by sharing his testimony. Today he’s the pastor of Meadow Church of God in Blount County, TN, and tells everyone that his near-death experience was “a gift from God.”

While science tends to discount these tales as brainwaves working in overdrive during touch-and-go traumas, many physicians have witnessed miracles and accept them as such. In fact, Psychology Today reports that 74% of doctors who participated in a survey believed in and had witnessed what they described as miracles. Dr. Jeffrey Long, who specializes in radiation oncology, runs the Near Death Experience Research Foundation and has studied over 4,000 cases similar to Reagan’s and Nolley’s. He is most convinced by the similarity of the stories he hears from people who have gone to heaven and hell – from what they have seen and felt to what they report upon their return. As he says, “You can’t explain away the consistent lucidity of near-death experiences.”

Many who tell their stories do so to remind us all that we have the free will to determine where we will spend eternity.

Unfinished Business in Israel (Part 2): The Discovery of Oil