By the end of this month, a new sound will fill the ears of anyone in the Eastern U.S. or in parts of the Midwest. To some, it will be music. To others, it will be torture.

The Great Eastern Brood of cicadas, dubbed Brood X (the largest of all Brood cicadas), is underground right now but preparing for lift-off. Every 17 years like clockwork, these cicadas leave their underground burrows and head for air space, and their presence is obvious. If you happen to be traveling east, you’ll be in for something you may never have experienced – and may never want to again. 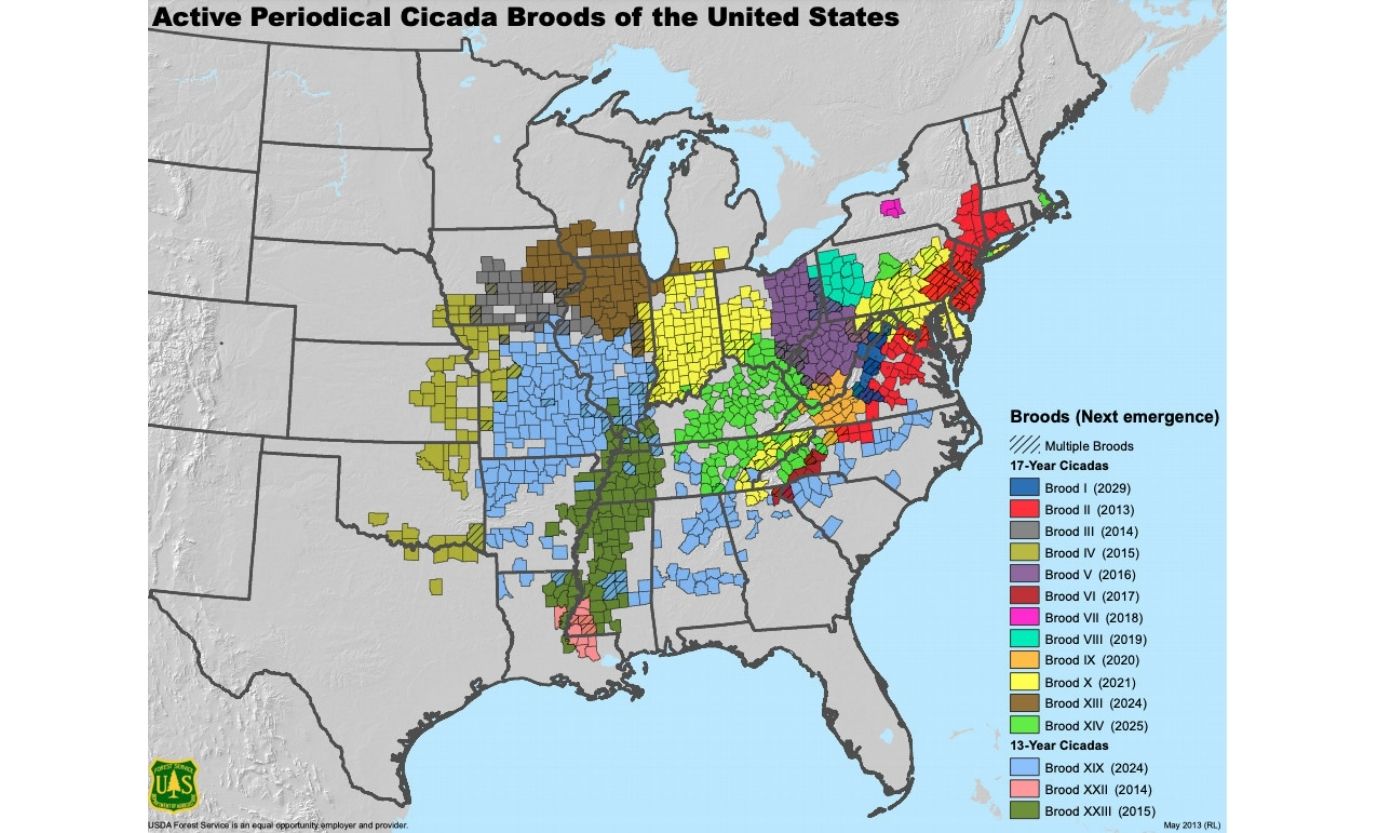 With red eyes, black bodies, and orange wing veins, cicadas are interesting to look at but a little intimidating. As long as two inches, and with the addition of antennae and six legs, they will definitely catch your attention and likely make you leap for safety. No need, however, as they don’t bite or sting – they just make a whole lot of noise.

Their sounds can reach 90 decibels, which is the loudness of a lawn mower. And that’s per bug. So imagine thousands of them behind your home, their lawn mower volume multiplied by thousands and reverberating around the structure of your house.

The sound itself has been described as a high-pitched buzzing sound, like a cricket on steroids. The sounds are rooted in their desire to reproduce, their need to protect themselves, and their forms of communication. They are loudest at dusk, and the University of Ohio, in a study of the insects, compared the noise to “someone pressing scissors against a grind wheel in rapid succession.”

Regardless of your personal thoughts about big bugs and torturous, protracted sounds, one thing is clear – cicadas are a bit of a miracle. The fact that they develop underground for 17 years and seem to instinctively know when that time is up is quite miraculous, when you think about it.

So if you get the opportunity for some travel to the Midwest or the East Coast, try to see these giant bugs as very noisy miracles of God. And take comfort in the fact that you won’t have to see them again for another 17 years.