In the past 36 months we have had the toughest times coping with being open Zionists, but ever since the Arabs linked with the Democratic Action Party (Pakatan Harapan) and the Malaysian Chinese Association began fixating on us in 2019, I was even violently dealt with in their Chinese communist thugster way to the point of bleeding.

It is imperative for readers to gain a full picture, for the pandemic has guaranteed that your lives and mine are not normal in any way, anymore. Beijing and Democratic forces are persecuting you and me, and it is meant to mentally break us. Often, Chinese civilians keep silent, with none daring to challenge the communist paradigm and its Biden-Kamala enablers. I too had entertained the idea that we ought not infuriate the communists. (We are very thoughtful in our classical Chinese Oriental way, and we keep our pains to ourselves most of the time, like most Koreans and Chinese.) Matters are worse, when we discover collaborators within the Chinese race who willingly assist Beijing’s hegemony.

When the persecution extended into racially Jewish circles, and my Jewish friends and their personal and institutional electronic systems were hacked and infiltrated by Arabs connected via Malaysia, coupled with the brazenly unstoppable ascent of Beijing-Iran-Democrat cooperation, the situation became more than just a peninsular Malaysian development –– it was harming tons of innocent people. The radical Arabs, their Fatah leftism, and their Iranian Hamas al-Quds agenda must be highlighted before more victims fall like bamboo cut down.

The Scales Are Tipped

The Arab woman is Hala Quot al-Quloub Ahmed Samir Mounib, of the Mounib-Joudeh families, and the mother is Suhair Safi Joudeh. Alfaysal Mounib and Hala are the adults officially trained in Technology Park Malaysia in hacking, coding, dark web, cryptography, and by the Mounib-Joudeh account they themselves admit that they are involved in laboratories tied to mainland China (communist China), and are skilled in pandemics, epidemics, lockdowns, hot zones, and other such sciences. Alfaysal is involved in cybersecurity sciences, and Hala has criticized the CIA, FBI, and NSA as three-letter spooks, and defends terrorism as the actions of the oppressed, in her public, libertarian work.

A lot of this info came to light after “innocent young adult” Hala Quot dumped me in March 2020, and we the Ongs were informed by political movements associated with Zion (i.e. Israel) as to the level of muck we have been perilously stuck in by having received the Mounibs-Joudehs into our lives for four months.

This full picture allows you to see why we the Ongs suffer so much in southern Malaysia: for years our Zionism has courted violence and deceit from radical Muslims, and our years of standing with Taipei (ROC) against Beijing (PRC) has courted violence and deceit from communist Chinese. We are being attacked by Arabs and Beijing, and the Xinjiang Uyghur issue is only a lame distraction. Hamas is literally in Malaysia at pricey auditoriums and expensive ballrooms, and Fatah stands candidates for election and they win. 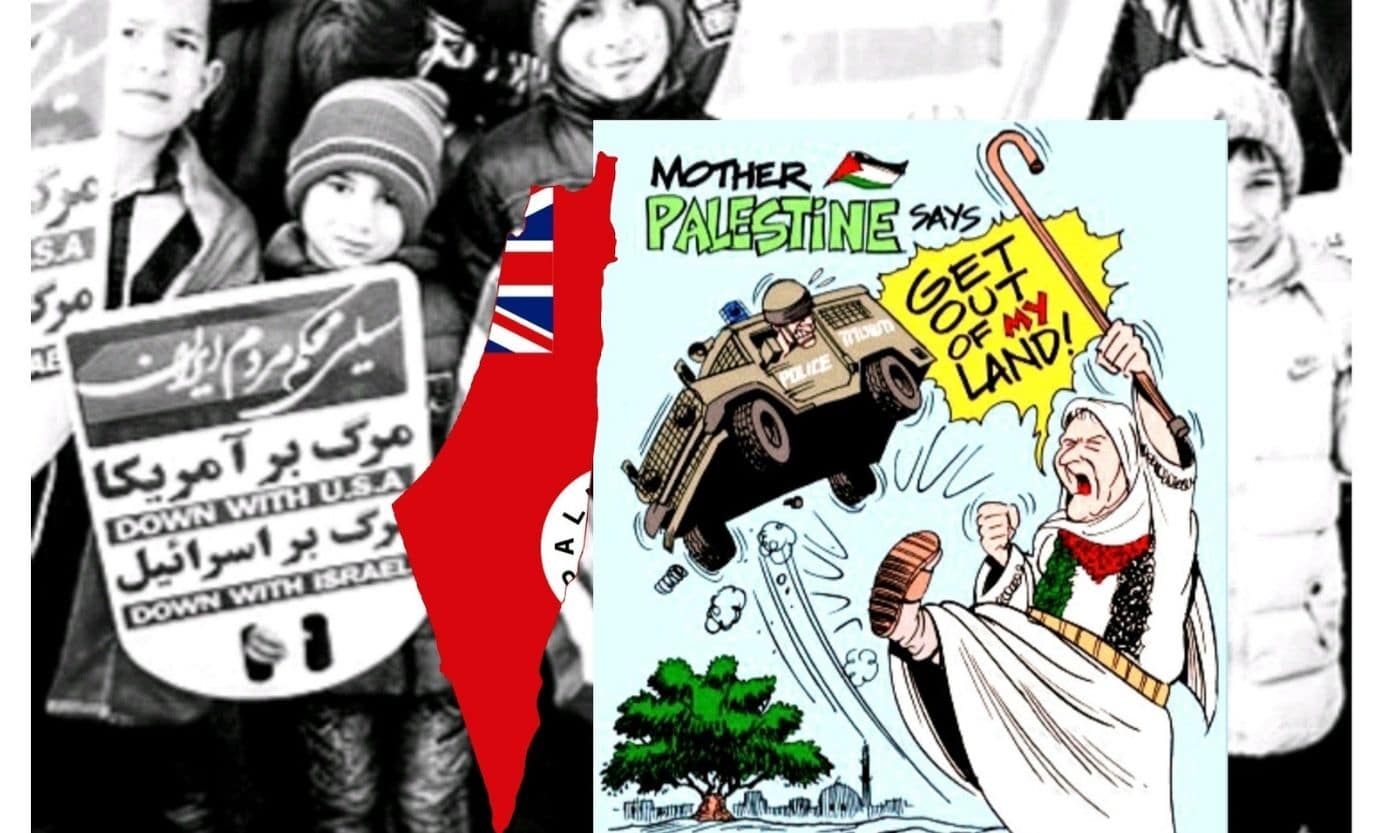 Suhair Safi Joudeh threatened physical violence against the Ongs, when we spoke of the need for Jewish sovereignty in Eretz Israel, the lack of Japanese accountability for Axis war crimes, and the necessity of all races to unite against Islamic terror.

Beijing Hurts Both Americans And Chinese

We are Chinese, we know, but not every Chinese person needs to stand with atheistic Beijing. Father figures, community elders, and seasoned rightists remark, I am to exert caliber as an “Asian leader,” “a tzadik,” and “a person who unites republican Chinese against Beijing.” This maturity demands just one thing –– I only need to fear God, and not women and men (no matter if the educated Arabs want to keep being leftists, and send Beijing and Hamas operatives after me, on every route, in every tower and building, and at every eatery I set foot in.)

My reports are colloquial and heartrending, indicative of every truth, because they keep my family, kin, allies, and Jewish women and men, safe. We are in an actual sharia region, and nothing is a joke here. Often, we allay our suffering (my Mother has become hysterical by the loneliness, sabotage, and deprivation many times in just a few recent days) by being tongue-in-cheek, and witty about our bleeding, the interrogations, BDS-like boycotts against us and American friends, and the rampant antisemitism. When we suffer, we keep it as isolated as we can.

Even when a bed, or shelter, or refugee status were offered to Mother, me, and the Ongs, we turned all offers down, because we didn’t want Fatah and Hamas coming after the American people in your American abodes. CAIR, ISNA, and pro-Palestine activism are neither just placards nor mere talk –– Palestine is literally the Democratic Party and the Communist Party combined, and they have cut off all vibrancy in our Oriental lives, and we local Chinese do not want our Republican friends to have to suffer this stress, hellishness, and sadness.

Daily, as a member of the Malaysian Chinese Association, which is a political organization of one million members (300,000 actively participating), I battle the communists in that organization; it is split down the middle between PRC and ROC activists –– i.e. between communists and republicans, and I have grown to rely on the creative timing of the Almighty, because it is my human touch on what it means to have courage in the face of death, to love God, and to fear no communist.

The Malaysian Chinese Association has a longstanding relationship with Taipei, but has also recently signed a cooperative framework with the Communist Party of mainland China. My mission is simply to undo that collaborative framework by 2024, and establish Malaysia-Israel relations by 2027. By 2030, I will likely be Ambassador to the ROC and Israel for Malaysia, and the radical Arab Hala and the Mounibs-Joudehs knew this trajectory, and therefore wanted to get close to me (by loving me, marrying me, and learning from me in my life and my offices).

They have succeeded in denting us, bleeding us, and crushing us, but evil cannot triumph forever. Our faith is in Jehovah, great Lord and Maker, Father in Heaven, and in the Messiah, who is Prince of Peace. Sometimes I dream about writing of gentler things, like January snows, gravy and turkeys, and my expert recipes and the food I cook which have wowed both Caucasians and Orientals. I yearn for simpler things; but ever since I became actively pro-Israel in 2017, my life is literally laid on the line every single moment, even right now, fresh out of a fruitless debate with communist businessmen (including a CEO) who use their billion-dollar enterprises to work for Beijing and the antisemitic, radical sultanate, to the detriment of Americans, Westerners, and Republican Chinese in Malaysia. 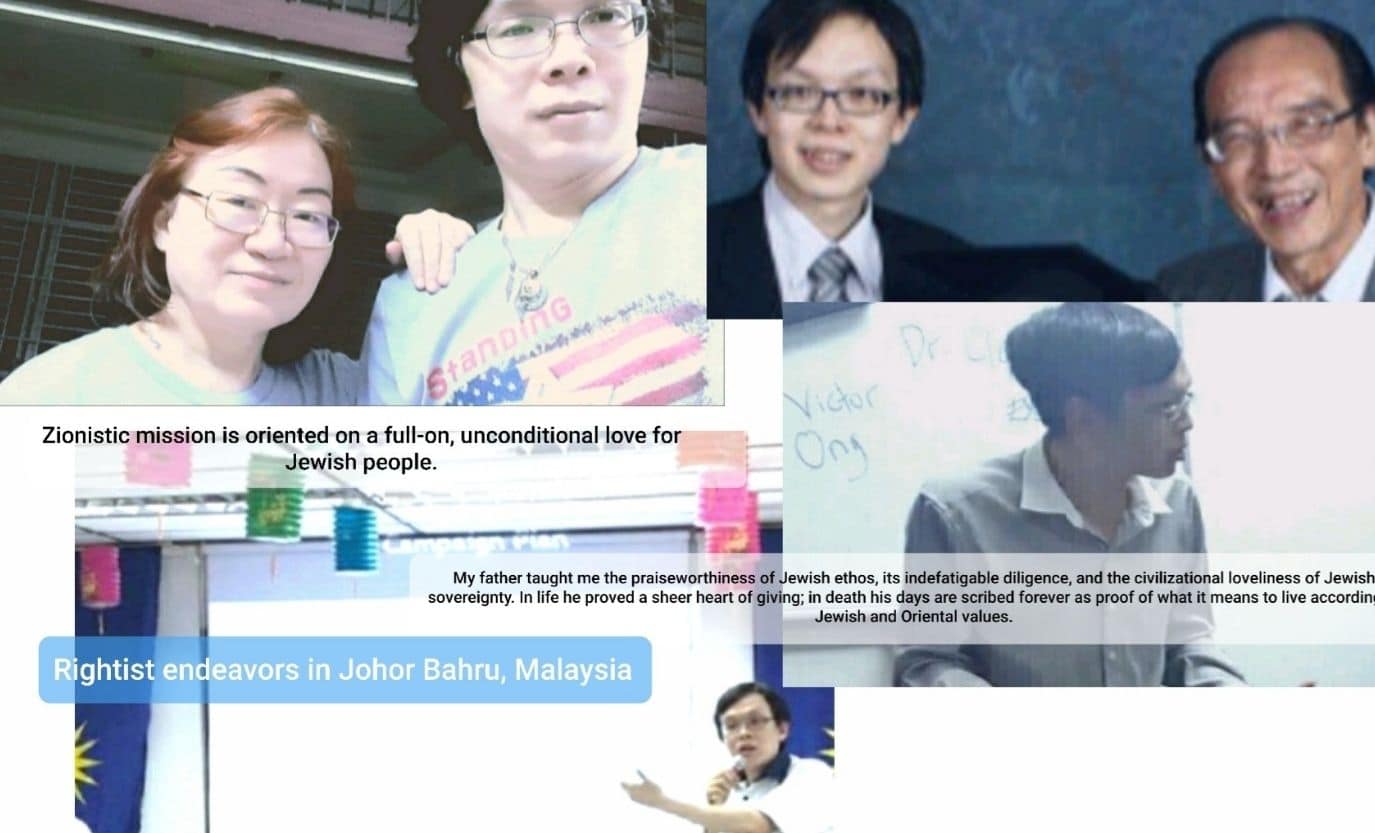 My life is no longer my own, because of my vocation. All joy and simplicity have been zapped away in my days. My only reprieve is in the friendships I manage to upkeep with my right-wing Jewish, and rightist Christian friends. I no longer have a normal life, because I love Israel very much, more than life itself. This is a lonely existence, but I have no choice. Only I am crazy enough as a Chinese person, to combat Islamist antisemitism and fight Beijing. It would have been easier for all the Ongs if I hadn’t chosen to study at Harvard in the field of national security and global conflict. It would have been easier if I hadn’t been born into this field of engagement. By my choices to do good, I have highlighted my existence and put a target on my back.

Much of my fervor, my courting of death, and my disregard for my so-called safety (an over-concern for safety would only mean I become lukewarm, and Jesus of Nazareth hates that), and my direct, public discussion of Israel in front of Malay-Muslims, Hamas officers, and Fatah agents –– all my transparent openness is because I have personally experienced the suffering of Jewish people. That alone motivates my fervor every night and day.

Never stop praying for me (well, you can stop of course, for water, for sleep, for life’s chores, et cetera. It’s figurative. What I mean is, keep me in your hearts eternally).