Did you know that over 25 million children in the U.S. today live without their biological father in the home?

While it’s true that “family” can be defined in any number of ways, and the nuclear family of the past is not the only healthy or happy one, it is also true that children growing up without fathers are profoundly impacted by their absence.

Percy Kennedy, founder of the non-profit organization Voices of the Fatherless, made it his mission to improve the odds for kids all over the nation. The evolution of the organization includes the publishing of the book with the same title, as Kennedy seeks to reach those beyond his local organization. 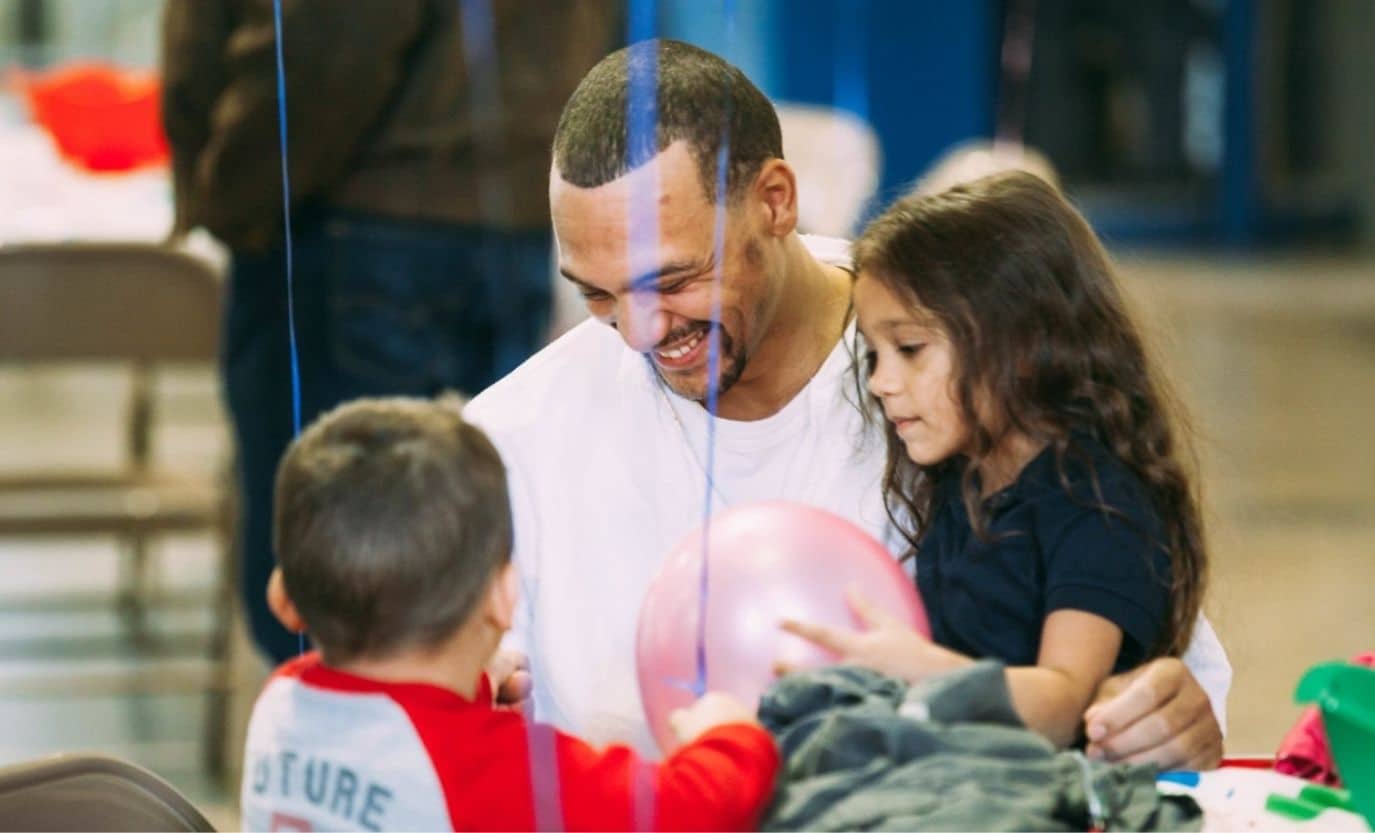 “My original non-profit called S.P.I.R.I.T. (Single Parents Igniting Relationships In Truth) was started in 2016 when the focus was on ministering to members of single-parent families,” he said. “By 2019, the focus of future ministry on the issue of fatherlessness had become much more clearly defined and the name was changed to Voices of the Fatherless.”

With the help and support of Board members and a large team of volunteers who contribute to the needs of the ministry in various ways, Kennedy works with both fatherless children and the fathers themselves. His goal with kids is teaching, equipping, affirming, and mentoring them, all things a good dad would do. In the absence of the father, Kennedy and his team step in to provide male role models and loving support to help fill the void left by an absent father.

The group also works with fathers to help them see their value and the need for participation in their children’s lives. Many feel that they can’t offer much or that too much time has passed to reach out to a child they left long ago. Some don’t know how to take the first step, to get over their own insecurities to provide security to others. That’s when Voices of the Fatherless steps in to guide and coach.

Kennedy explained how that process works. “One of the incarcerated men in our fatherhood training program at the Wallace Pack Unit in Navasota had a 13-year-old son he had never seen because he had been in prison for so long and he had not been intentional about reaching out to build a relationship with him. As a result of the education and coaching we provided, he reached out to his son and his son’s caregiver and there was agreement to arrange for his son to attend our annual Day With Dad Christmas event in the prison, where he met his dad for the first time and was able to spend the day building their relationship. At this formative age, it is so important for a son to have his father playing a role in his life.  It gives me goose bumps recalling how awesome it was for us to see this reality come to life for the first time before our very eyes.”

Seeing the local success stories of reunification and mentoring, Kennedy desired to spread the message of the importance of fatherhood. He wrote his same-titled book for everyone to see that fathers should not be viewed as babysitters or playmates, but pivotal leaders in a child’s life. 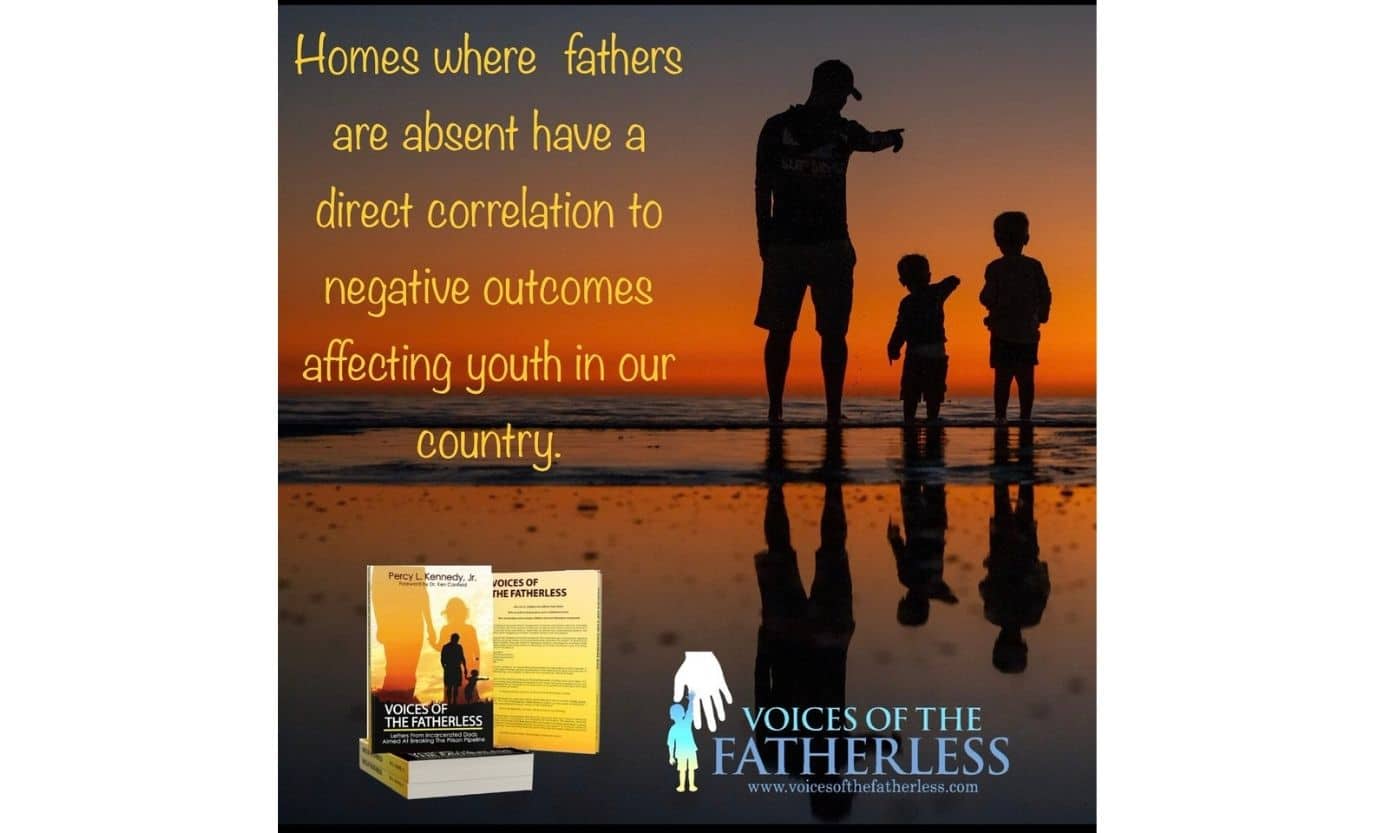 “In many ways the Voices of the Fatherless book is a perfect illustration of how the ministry is impacting lives. Letters written by the incarcerated men we served show how fatherlessness has significantly impacted them and provide encouragement to the youth of today so that they can avoid making the mistakes that could lead them to being caught up in the school-to-prison pipeline,” he explained.

Kennedy’s mention of incarcerated men oftentimes being fatherless themselves is a key one. Psychologists and sociologists have told us for years that family dynamics are cyclical, and the same applies here. Men who leave their children were generally left by their own fathers, so they lack parenting skills and can be wary of what they might offer their children. Kennedy wants us to understand their mindset – not one of cruel abandonment, but one of insecurity and lack of support.

“We are praying that the voices of these men are very credible and that their contributions to the book do a great job giving visibility to our society’s need to address fatherlessness and provide support to at-risk youth,” Kennedy said. “We also pray that our work reduces the rate of recidivism by engaging incarcerated fathers in how they can be a blessing to their children and carry out their critical role as a father even from inside prison.”

He continued, “We provide hope and encouragement that many have never received before and this directly strengthens their families. And we personally have witnessed the joy that comes when an incarcerated father is able to connect with his children and their caregivers in a very meaningful way.”

For more information about the Voices of the Fatherless organization, visit www.voicesofthefatherless.com/. To purchase the book, go to www.amazon.com/dp/B08S46H5X4/ref=dp-kindle-redirect?_encoding=UTF8&btkr=1