I remember as a child, I often heard from the older generation of that day that they could recall exactly what they were doing when they first heard of Japan’s attack on Pearl Harbor. Fast forward to 2001, and anyone who is old enough to remember that tragic morning can tell you exactly what they were doing on 9/11 when terrorist planes flew into the Twin Towers. For me, I had just finished my morning training with the SEAL PT held at Memorial Park.

But if you were a regular listener to the Rush Limbaugh Show as I was, you can easily recall what you were doing when you first tuned into Rush’s show for the first time. It was shortly after the Monica Lewinsky/President Clinton scandal had broken in January 1998. At the time, I listened to mostly Christian radio and Christian talk shows, and they spoke about the scandal for about a week, then suddenly stopped. But I was intrigued and wanted to hear more, so I started scanning the radio stations, FM radio at first. Without any luck there, as a last ditch effort, I scanned the AM stations and lo and behold, I found him by mere luck and have faithfully followed him since.

It wasn’t the first time I had heard his name, as I saw a lot of bumper stickers with ‘Rush is Right’ tattooed on them back In the early 90’s, and I even went as far as to ask an acquaintance at First Baptist Church in Houston who also had a Rush bumper sticker on his car what he was about. He told me and my next follow up question was, “Is he a Christian?” He didn’t know, so I forgot about him and went about my daily routine, only to discover his radio program a few years later.

Through the years, Rush gave me hope and encouragement when I thought all was lost, and perspective when I thought we had won the battle against liberalism. The thing I admired the most about Rush was his constant sense of humor, his courage in the face of opposition, and his willingness to stand strong in the midst of constant attacks. He even was an inspiration for me to start my Christian magazines back in 2005, and I learned from him to be bold, as the truth will always prevail in the end. 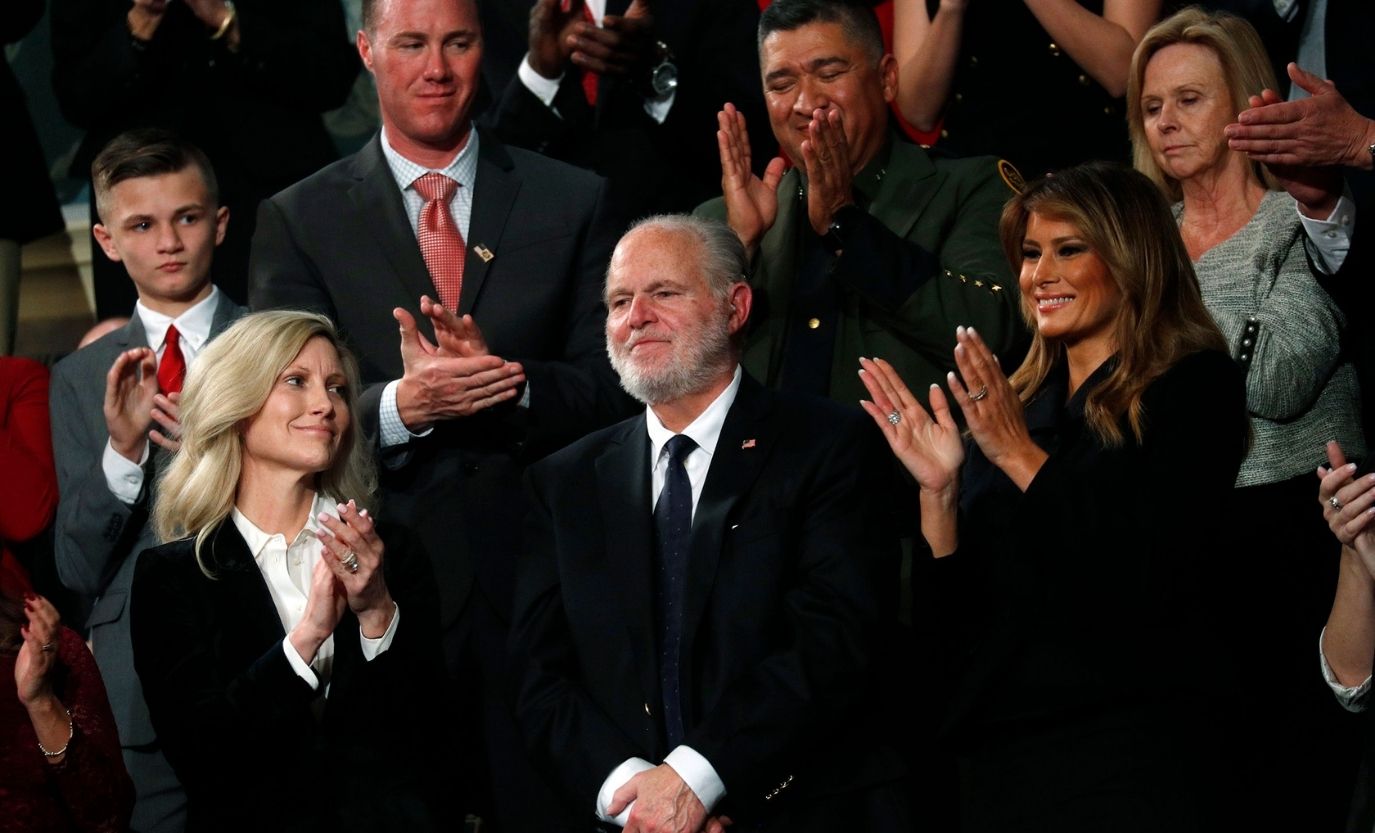 I recall that starting in the winter of 2019, Rush Limbaugh started missing a lot of shows, so I, like millions of others, began to worry and speculate about what was happening with him. Then just a little over a year ago, he announced to the world that he had advanced stage 4 lung cancer. I believed deep down inside that he would somehow overcome this obstacle like so many others he had faced over the years, and I even offered up prayers to the Lord to heal and protect him. Then, this morning, I tuned in to his show and his wife Catherine made the sad announcement that Rush Limbaugh had succumbed to his battle with cancer at the age of 70.

Immediately I felt numb, and tears came to my eyes, but then I felt peace knowing that he will no longer suffer and is in the presence of the Lord. Back when Rush first started his show in the 80’s, there was just ABC, CBS, NBC, CNN news and PBS. He started a movement that inspired many others to carry the torch of conservatism, and though he is gone, his legend and spirit will live on. Many of you reading this article will have similar feelings and many can recall exactly what they were first doing when they first heard Rush Limbaugh for the first time. I certainly will never forget it.

What Went Wrong With Houston Power?