Daughter of Palestine, a new book by Yong Jen Ong, details the civilizational tussle between life, liberty and happiness on the one hand and intelligent opposition to the God of Israel on the other. It argues that such opposition is neither gullible nor mistaken; rather, it is purposeful, well-designed and conscious of itself and its diabolical characteristics.

Inspired by true events, the book sets out to define and put a face to evil, one that rarely resembles our childhood notions of what evil looks like. As Ong says, evil is “not a caricature with red skin, bullhorns and a fiery trident. Evil has power, because there are actual persons who comprehend evil, know it through and through, and sign up for it. The proliferation of evil is not functionally a bolt of malevolence from a purple-colored hell; believers in God must look out for very real persons—such as will approach the innocent, and approach with regular feet, and not out of a dusty, mystical fog. God’s allies are human, and God’s adversaries too are very much human.”

Ong’s faith is oriented on the Lord God of Israel. This deference to Israel’s God, her national purpose, her ever-unfolding destiny and her sufferings in the corridors of time is evident throughout the book. As Ong explains, everything in this novel came from experience, including his sociopolitical viewpoints, Eastern Asian Orientalism, and a personality that is distinctly anticommunist and non-Muslim.

He discusses how these experiences have affected his political beliefs. “In my adult life, I have insisted that the Chinese nation needs electoral, representative parliamentarianism, not communism. I say this as a Chinese person in the diaspora: Mainland China is not the region’s best hope. America is. The American electorate will not need to apologize for overwhelmingly preferring Trump. A salvaged America can positively influence nations that live under the thumb of tyranny and oppression. A diluted America, however, does not and cannot save Asia.”

He continues, “I wrote this novel to make a point that the America that was built from the foundations of 1776 survives today as a real blessing to the global community, and ought not be maligned. There is no certifiably better candidate to lead the world. The spiritual, ethical and egalitarian values the United States represents are relevant for oppressed people groups around the world. The classical republicanism she embodies is needful and a source of hope, even while her very existence is mocked by left-wing groups.” 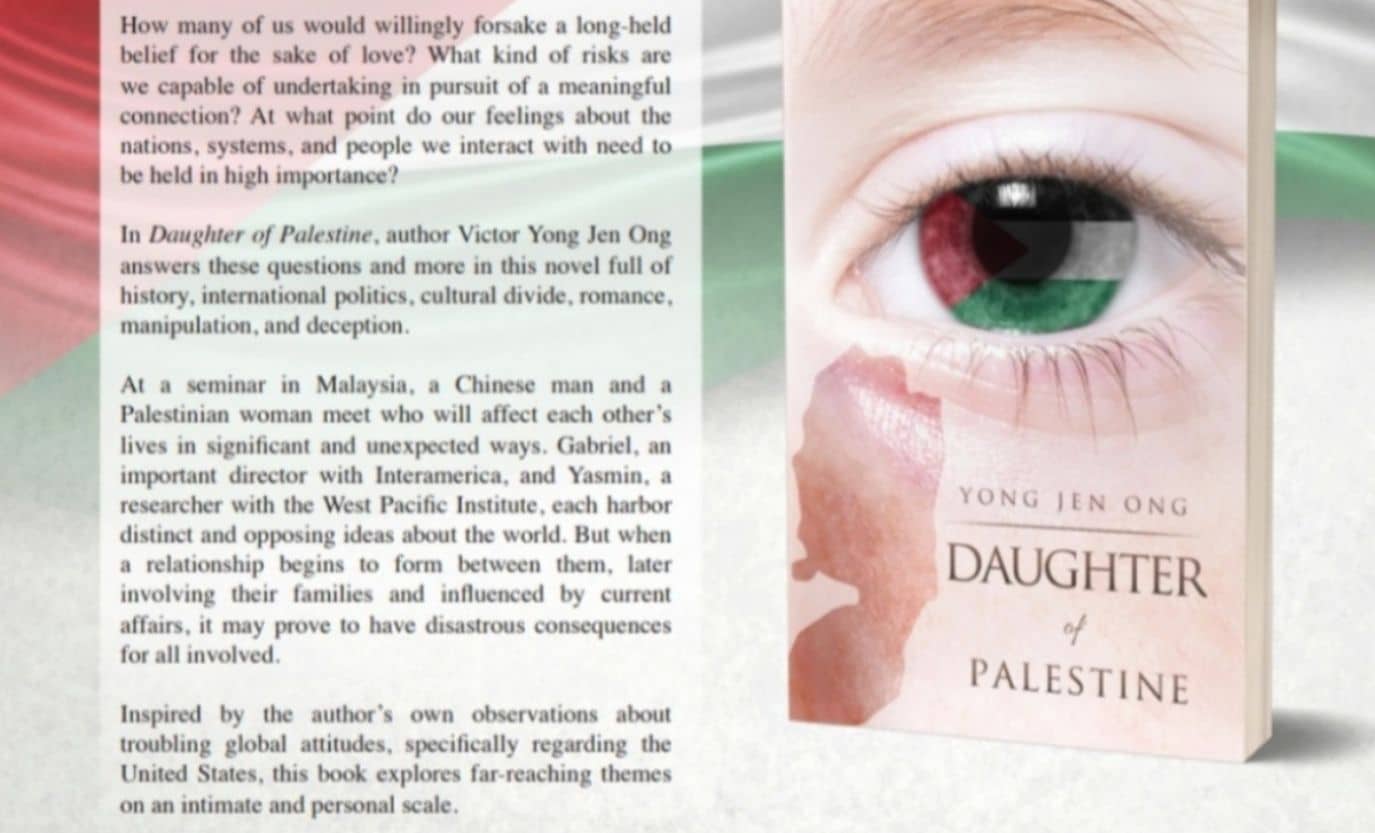 While the novel is based on Ong’s experiences, he is not without academic credentials to lend credence to his claims. Ong was credentialed at Harvard, Cambridge, MA in global affairs and international security and served with right-of-center coalitions in Malaysia and non-Muslim political organizations. Appearing on conservative sites such as American Thinker and Israel365, he advocated for the United States, the Republican Party, and rightist-conservative precepts. Ong is bilingual and fought in two or more languages through activist literature published by Oriental Daily News, a Mandarin newspaper.

Throughout, he has witnessed persistent evil “because it has human faces, and good people hesitate, pause, relent and empathize with the humanness of evil. Yet, this is the success of thieves, the triumph of invaders and the reliance of murderers. Evil counts on us being kind. We, in our hope, do forget that ‘the thief cometh not, but for to steal, and to kill, and to destroy’ (John 10:10a).”

That’s why it’s all the more important, Ong concludes, that America lead the charge – with all of its resources and power – in creating a better world.

“America is both public and personal. America’s voice means something to people on the other side of the planet. This book reveals that important relevance and its intrinsic action on everyday lives.”

Jacquie Baly: How one Fort Bend Local Follows Her Dreams

Why Harris County needs Accountability in the Courts and Beyond