As the country faces a changing of political hands in the White House, the Supreme Court has been handed an appeal that would reverse a lower-court ruling that now states that Christian counselors are prohibited from talking to teens about the biblical standard for sexuality. 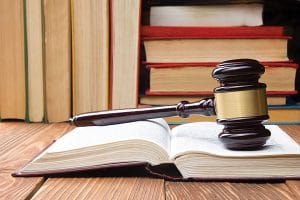 With the current ruling in place, counselors who operate under the umbrella of Christian values and principles, are prevented from helping clients overcome same-sex attractions, and must affirm homosexuality as a lifestyle option.

If this case were to be overturned, it would allow licensed Christian counselors to speak about the scriptural principles on sexuality, without the threat of being brought before a licensing board.

“Right now, under current licensing rules, if a client brings up the subject [of sexuality], we can talk freely to the client,” said Darin Griffiths, Administrative Director for South Texas STCH Ministries, which staffs local Christian counseling centers. “But we do have to be careful to match the client’s required need. We can’t jump in and say, you’re wanting to know about scriptural principles of sexuality if they simply bring up the word sexuality.”

Although Griffiths said that Christian counselors would have more freedom to speak about sexuality through a Christian perspective, he believes that counselors are probably already approaching these difficult subjects with their clients.

“I think a lot of [Christian counselors] think, why do a job if you’re not going to do the right thing,” he said. 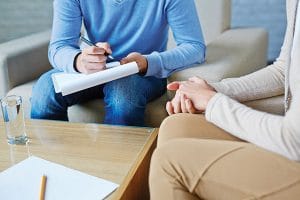 But under current legislation, even the counselors who feel they are doing the right thing, fear retribution for their actions.

If the Supreme Court grants the petition to appeal this law, it could mean big changes in freedom of religion cases and for ministries all over the country.

While it seems there is support for this petition now, it had trouble gaining traction when it was brought to the Supreme Court several years ago. Griffiths hopes that the noise this appeal is creating now is a sign that churches and conservative Christians are banning together to make change.

“I would like to think that local churches are becoming more vocal, and becoming more outspoken than the liberal crowd,” he said. “Maybe Christians have finally had enough and are deciding that it’s not a godly attribute to stay quiet.”

But even though the administrative director said he is pleased to see this movement, he also said that it is important for the teens and young adults going through crises of sexuality to find a safe environment to express their feelings.

“I want to make sure that they find a non-judgmental zone where they can talk about their feelings without getting slammed with scriptural principles,” he said. “It’s not a time to beat up somebody like them. It’s a time to listen to them and slowly walk them through, not the acceptance of those feelings, but the process of carefully navigating the feelings they have.”