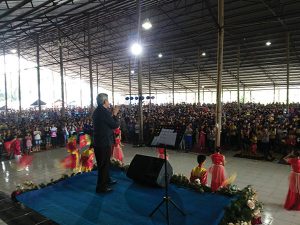 Islam is the major religion among several other religions includes Christianity. Since Christianity is one of a minor religion, many times it is treated unfairly by the majority. It is very difficult to get permission to build a church building, and even worse than that there are many church buildings that already exist for years closed. That is why many Christian will have the service using public places such as hotel, restaurant, etc., with a very high cost. Since these are public places so it is used only temporary and they have to move periodically.

It is even more difficult to have an open Revival Meeting.  Sometimes the government will give permission to held public revival meeting, but the community of the major religion will try to stop it by force. In the midst of this situation, evangelism as the Great Commission of our Lord Jesus is still carried out in Indonesia using different tools and approaches such as multimedia ministry via TV, radio, and internet. So far the multimedia ministry is an open wide tool to share the Gospel since there is no prohibition yet from the government. We could preach and evangelize freely via multimedia. 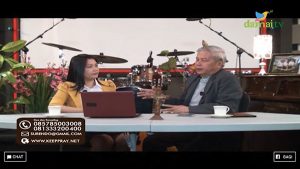 Multimedia ministry is a very effective approach and tools in order to reach out to more than 230,000,000 unbelievers who live in more than 17,000 islands all over Indonesia. We hope that this article will give you an insight about the spiritual condition in Indonesia and may you will lift us in your prayer. We are also waiting for people who are called to serve in Indonesia.