River Pointe Church is one of the fastest growing and most influential churches in not only Fort Bend County, but the entire Houston area. Founder and Senior Pastor of River Pointe, Patrick Kelley, followed God’s mission and has been surprised with blessings he can hardly believe. 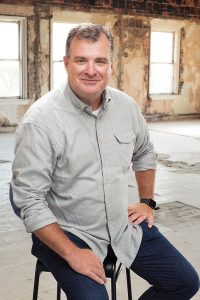 “I’ll tell you what got us here is the actual truth of scripture that God uses the weak to show strength,” Kelley said. “I am the least likely person to ever pastor one of the fastest growing churches in the country. It is just one of those deals that it’s only by God.”

Kelley grew up in Grapevine, Texas and didn’t step foot in a church until he was in 17 years old. He always believed he was a Christian by default, because he didn’t believe anything else. From a relationship built with a guy in Young Life, Kelley grew to know the Lord and began following the Lord’s mission for his life.

After marrying his high school sweetheart, Lisa, and earning a bachelor’s degree in business administration from the University of North Texas, he moved to Houston to sell wallpaper. While volunteering at his local church, Kelley began to hear God calling him in a different direction.

“I just felt like God was saying this ministry thing is for you, which is weird because I was the first Christian in my family,” Kelley said. “Eventually, I said okay if God wants us to be in ministry he will make me do it. Sure enough, he did.”

Kelley quit his full-time job as a wallpaper salesman and started seminary. He studied with the Southwestern Baptist Theological Seminary at a branch in Houston where he earned a Master of Divinity. Throughout seminary, he worked part-time at his local church and was offered a job full-time job with the church once he finished.

He and his family moved to Atlanta, Georgia for a few years where he gained even more ministerial experience. In 1996, the Kelley’s moved back to Texas and started River Pointe Church. 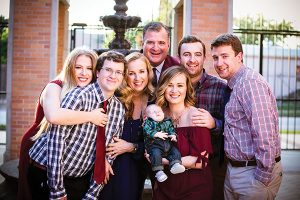 “When we came we never thought it would work quite frankly but we believed,” Kelley said. “It was one of those deals where we felt this weird movement from God calling us to come to Fort Bend County and start a church.”

Kelley was considerably young in his ministerial career and thought the move to Fort Bend County would be just a learning experience God was taking him through to build character for whatever was next.

“Although character was built, we never thought it would work as well as it has,” Kelley said. “It’s unexplainable and you can’t repeat it. It was one of those things where it was obvious that God wanted us to do it.”

Kelley along with four other families started River Pointe Church out of the idea to be salt and light to the fast growing community of Fort Bend County. Their desire initially was to be ambassadors for Christ. For 20 years now, being ambassadors for Christ is what they have been and continue to be.

“We have kept our focus on the lost community that is desperate without Jesus,” Kelley said. “When Jesus came to the Earth he seemed to hang out with the people that needed God. Not the people who have already found it. So at River Pointe we are trying to continue that on.”

River Pointe does this by having minimal programming during the week and extra events. The idea is for members to be out in the community to be God’s presence in the PTA, youth sports teams, and their neighborhoods. 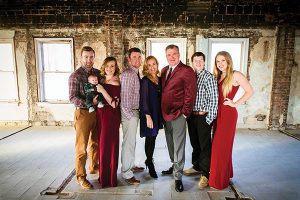 This ideal of River Pointe is essentially what Kelley enjoys the most about his job. He has not forgotten what it is like to be outside of the Faith. Having interactions with individuals who share a similar past as Kelley are his favorite.

“I enjoy connecting with people that are asking really good questions that are authentic and sincere,” Kelley said. “I feel like I am the voice of our congregation, as the leader for the lost, that says don’t forget me.”

Being able to do something eternally significant is the best part of the job for Kelley. When people share their testimonies and are baptized for the first time, that’s when Kelley sees the real difference River Pointe is making all for God’s glory.

“I hope people learn from our story that the one thing God is wanting from all of us is our availability to be on mission for him,” Kelley said. “God didn’t join our team. We joined his. I think it is important for us to understand who is in charge and whose not.”

Since 1996, River Pointe has grown to three locations in Missouri City, Richmond and West End. Kelley can’t wait to see what the Lord has planned for River Pointe in the next 20 years.

“I am very grateful for the opportunity God has given me here,” Kelley said. “He definitely picked an underachiever to achieve great things for Him.”

With 20 years under his belt, Kelley has learned a lot about his faith and what it means to be a leader. The biggest lesson God has taught him though, is there is no way River Pointe’s success was because of his works or the works of others.

“It’s all a miracle of God,” Kelley said. “I never would’ve envisioned this success in terms of lives changed, growth and people coming to believe in Jesus as something I have done. It’s just being available to God and letting him work. It is a surprise to us all.”