You can feel it in the air.  A new day is dawning and the entire country is optimistic, hopeful and happy.  The election of Donald Trump as President has changed the country already.  By the time you read this article he will be in the important first 100 days of his administration and its promise to put Americans back to work. 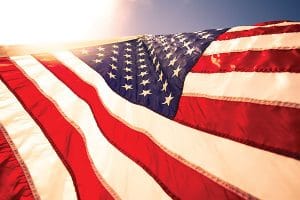 As I write this column in mid-January we have seen the Electoral College cast their ballots and elect Trump.  We have also seen the stock market jump “bigly” as Trump himself might say; proof that the markets like his election.  And who are “the markets?”  People, stockholders, businesses.  Investors see a future that reduces taxes, reduces the onerous regulations that the anti-business Obama Administration dumped on us and lets business grow.  With that growth will be more jobs, better jobs and higher wages.  Our youth can learn the feeling of accomplishment that comes with responsibility.

The December 2016 labor report was pitiful. 156,000 new jobs created BUT 41,000 were part time and 12,000 were government jobs. 23.5 million working-age men were still out of work. Over 5 million people held part time jobs because they couldn’t find full time.  The average work week in December was 34.3 hours thanks to the 35 hour work week in Obama care.

Republicans in Congress have a rare opportunity, with control of the White House, Senate and House of Representatives, to create an environment that rewards work not victims. That takes away disincentives for job creation.  That celebrates success instead of demonizing it.  That unleashes the pent up energy of our great nation.  It is important that they take this opportunity to do what they have promised.

In our last issue I talked about ‘Our “participant ribbon” Nation’ and how our children are reacting to President Trumps’ election.  This is a great opportunity for us to remember and them to learn the basics of how the world’s greatest democracy should work.  Our system guarantees the rights of the minority to be heard but recognizes that the majority should rule. Republicans from Washington to Austin and Richmond can educate our youth on the importance of majority rule while protecting the minority’s right to be heard and participate in debate. 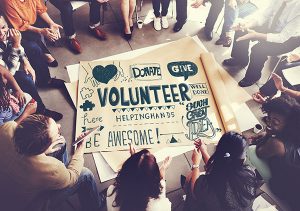 A wise man once told me that “Government moves slowly.”  As I get older I understand the beauty of that phrase.  Government should not get ahead of the people’s understanding and acceptance of change.  Forcing change down the throat of Americans as President Obama did with his rule by executive order, in the words of Japanese Admiral Isoroku Yamamoto, “…awaken a sleeping giant and fill him with a terrible resolve.”

And it is up to us and our children to remember that just because we have the right to do something does not mean it is the right thing to do.  Peaceful protest is an American right.  The important qualifier is “peaceful.”  I hope those who voted against President Trump will give him the chance to show what he can do and his supporters will understand that our government was built on compromise.  I did not say capitulation I said compromise.  The minority has a right to be heard but not to dictate.

Gary Gillen owns and operates Gillen Pest Control in Richmond.  He is the only person in history to have served on both the Richmond City Commission and the Rosenberg City Council.  He was the Chairman of the Republican Party of Fort Bend County 2006-2007. He can be reached at Gary@GaryGillen.com

Katy Taste Fest Serving Fun and Food for a Good Cause