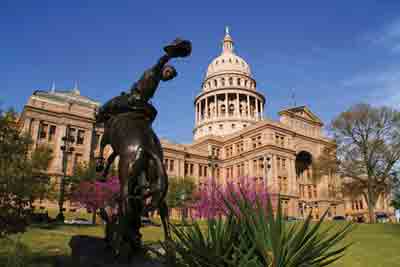 With the Legislature in session it is a good time to reflect on the perilous journey a legislative bill must travel and the many ways it might die. Our government is made up of the Courts, the Executive and the Legislature. Courts can’t make law (or shouldn’t), the Executive can’t make law but must enforce it so only the Legislature, under the Constitution of Texas, can make laws. They do this by introducing a Bill. We, in Texas, have a bicameral legislature. It is composed of the Senate and the House. Bills may be introduced by members of either chamber but must pass both to reach the Governor’s desk. Each chamber has its own rules for filing a bill but they are relatively similar.

In the House a Representative may file any bill during the first 60 calendar days of the Legislative session. Bills may only be filed after the first 60 days with a 4/5th vote of the members present and voting unless it is an emergency appropriation, a local bill or an emergency matter sent over by the Governor. Once a Bill has been filed with the Clerk of the House or the Secretary of the Senate it is read to the body, by caption only then, referred by the Speaker (in the House) or the Lieutenant Governor (in the Senate) to a Committee. 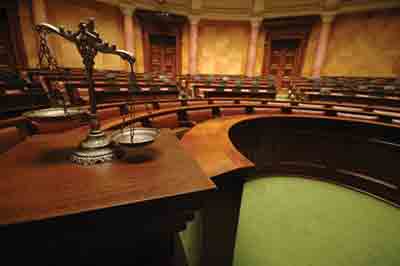 The Committee is the first place a bill can die. Once the Bill is referred to a Committee it must be posted for consideration so that the public knows it is being considered. Public hearings are scheduled so the Committee can receive testimony from experts and the public about the Bill. With hundreds of Bills to hear it is not unusual to see Committees meeting well into the night. Competing interests become very evident here. Depending on the issue public hearings may adjourn and restart many times. Testimony can take hours. I remember once testifying for 45 minutes, answering the Senators’ questions in a Finance Committee hearing while 50 other people waited to testify. And it was 11pm. Once the Committee has heard testimony and studied the Bill sufficiently it will consider the Bill. The Committee might take no action. This effectively kills the Bill. Or it might vote to report to the Body (Senate or House) with a positive report.

A Bill reported to the House or Senate with a positive report from the Committee must be sent to the appropriate Calendar Committee. Another perilous stop on the road to becoming law! There are various Committees and Calendars. In the House there is a Committee on Calendars and a Committee on Local and Consent Calendars. The Clerk of the House refers the bill to the Appropriate Committee. The Committee then schedules a time for debate on the floor. But not every Bill makes it on the calendar and the later in the session the less likely the Bill will get on a calendar.

On debate day the caption or title of the Bill is read to the House or Senate. The Bill is then debated on the floor. It can be amended, passed or defeated. If it passes it goes to the other body and follows the same path. If both bodies vote for the Bill it goes to the Governor, who can sign it, veto it or let it become law without his signature.

The life of a Bill is tough and sometimes very short!

Gary Gillen owns and operates Gillen Pest Control and Gillen Political Strategies in Richmond. He is the only person in history to have served on both the Richmond City Commission and the Rosenberg City Council. He was also the Chairman of the Republican Party of Fort Bend County 2006-2007.