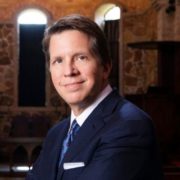 Attorney, author, teacher, pastor and story teller, Mark Lanier, graduated Texas Tech Law in 1984. Mark is the Founder of The Lanier Law Firm with offices in Houston, New York, and Los Angeles, Mark has earned international recognition setting record verdicts in courtrooms throughout the United States. Mark’s courtroom experience is significant and diverse with over $20 billion in verdicts in his career including a record setting $4.69 billion verdict for 22 women and their families who alleged that decades of daily use of Johnson & Johnson’s asbestos-laden talcum powder products caused their ovarian cancer. Mark was twice named National Trial Lawyers Association’s Trial Lawyer of the Year and further inducted into the National Trial Lawyers’ Hall of Fame. The American Association of Justice honored Mark with their Lifetime Achievement Award and he was selected the 2018 Outstanding Trial Lawyer of the Year by The National Law Journal. Holding three honorary doctorates, he was bestowed the Ambassador of Peace award by the Guatemalan government. Mark received the Distinguished Alumnus award from Texas Tech Law for 2015 and from Texas Tech University in 2016. He founded the Lanier Theological Library; one of the nation’s largest theological collections and he teaches biblical literacy, weekly, to thousands. Organizer of the Christian Trial Lawyers Association, Mark is published in both legal and theological arenas and has four books, numerous published articles and two movies among his works.

Traits of God: God is All-loving

A lot of people know the Biblical verse 1 John 4:8, even if they aren’t…

GOD: BIGGER THAN YOU CAN IMAGINE!

When you think of God, what do you envision? Is he an old man, sitting…