Katy, TX – A Texas church, First Christian Church Katy, in a Houston suburb plans drag bingo for “all ages” (which means kids are allowed).  This caught the attention of many Texans who plan to protest the event on Sept 24th simply because drag queens are not for kids. 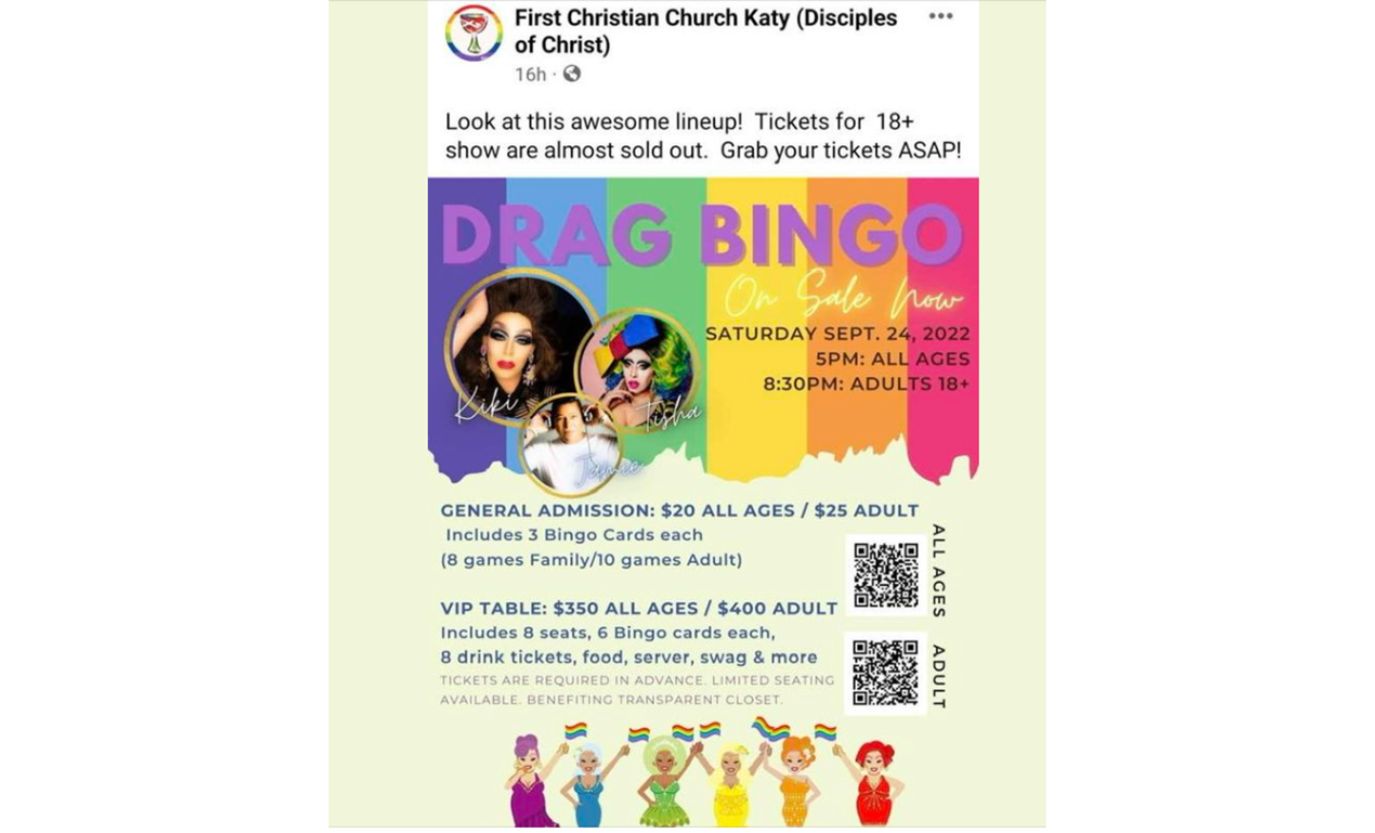 As the event drew nearer, Tracy Shannon, Texas Director for MassResistance, and Kevin Whitt of Culture Warriors of America looked into the drag queens that would be entertaining the children and found that one of the drag queen hosts, who goes by the stage name Tisha Flowers and appears to be into the occult, had posted several pictures of himself with satanic imagery on his social media.

Tisha Flowers, whose real name is indicated as Jaysen Kettl on his Facebook page, was arrested and sentenced at the age of 17 for conspiracy to torture and murder 20 of his classmates according to this Houston Chronicle article uncovered by Kevin Whitt, Founder of Culture Warriors of America. 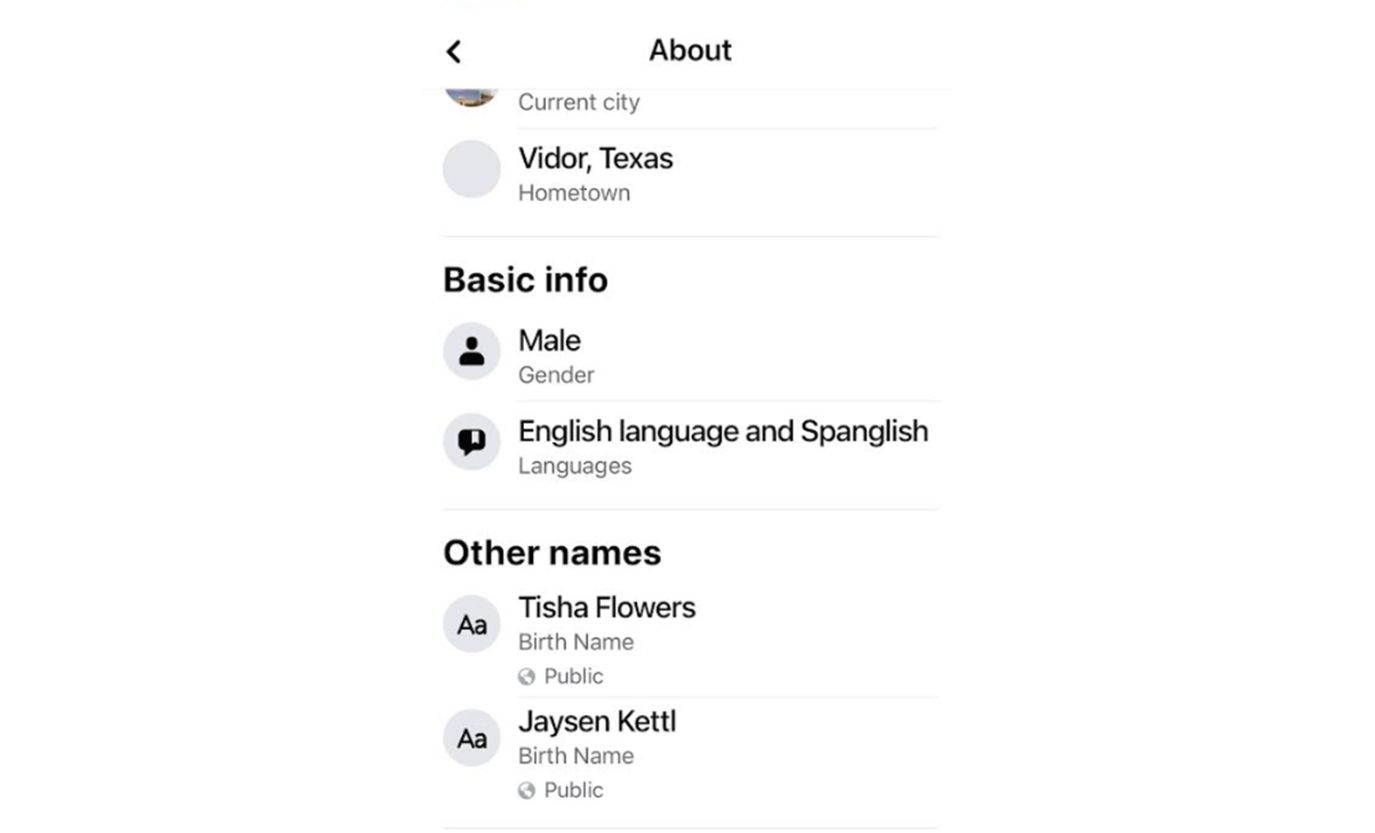 From the “About” section of Tisha Flowers’ Facebook page

Jaysen Kettl was arrested and sentenced for conspiracy to murder his classmates in a gruesome plan to kill 20 classmates after torturing them by nailing their hands to tables and chaining them to trees according to this Houston Chronicle article.

The following photos are from the Facebook page of drag queen Tisha Flowers. 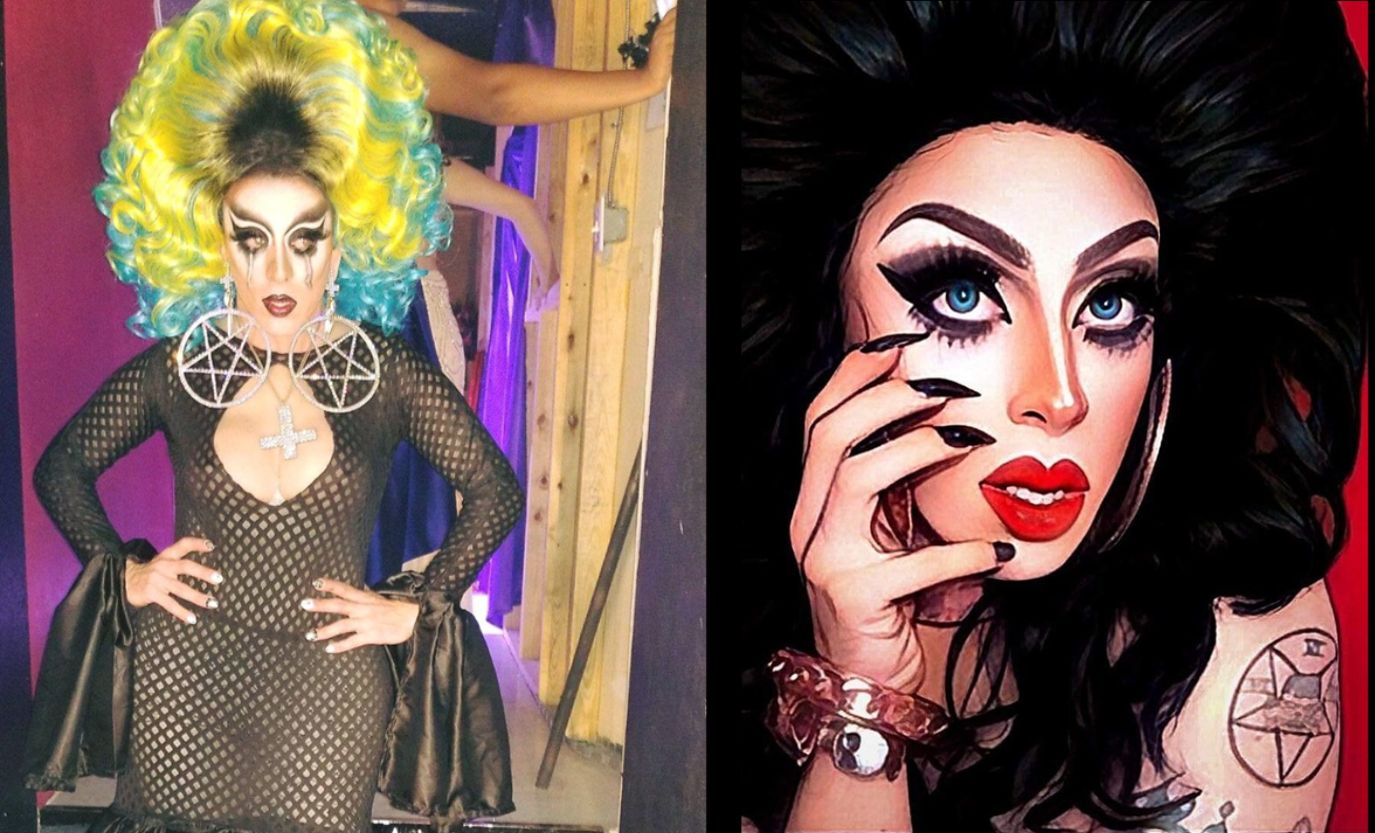 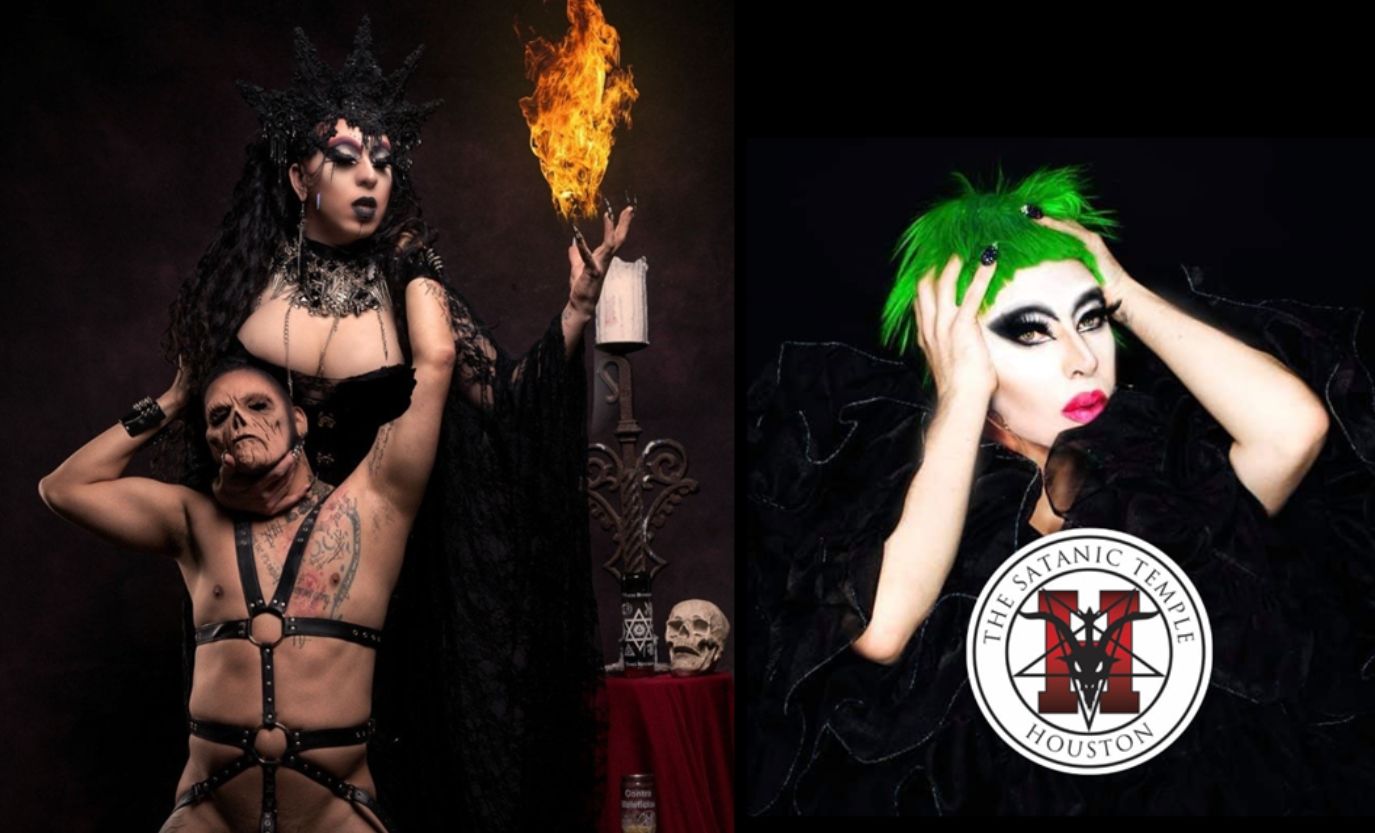 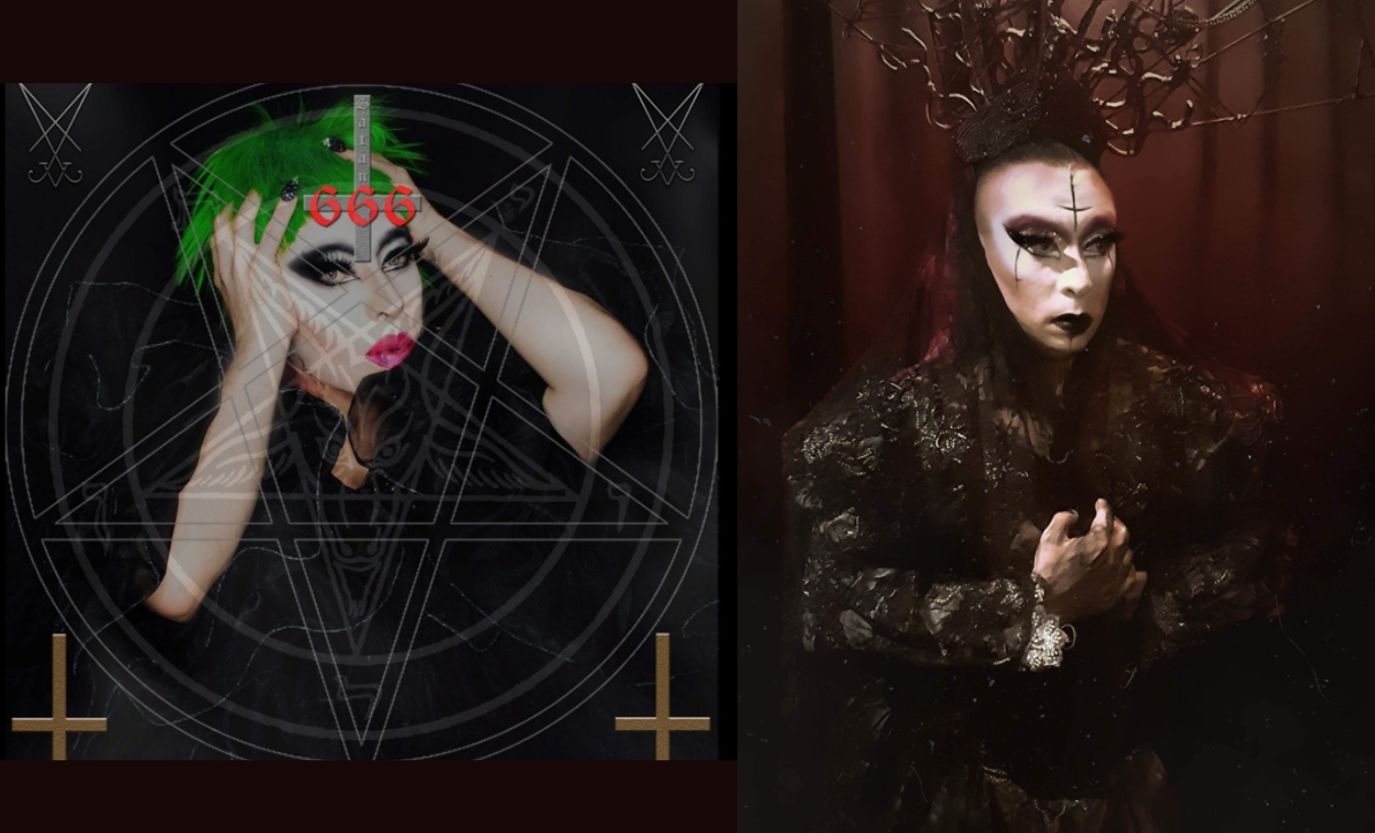 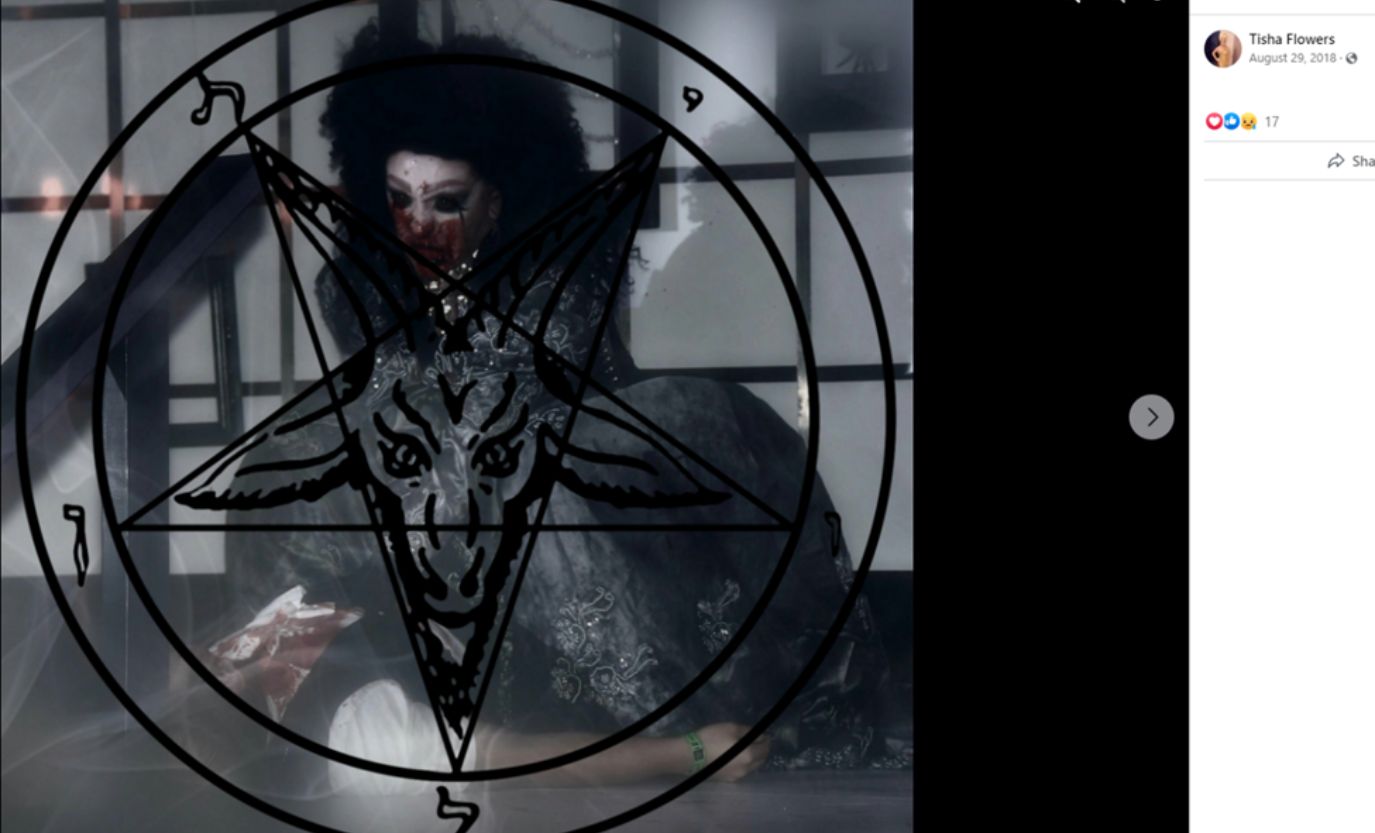 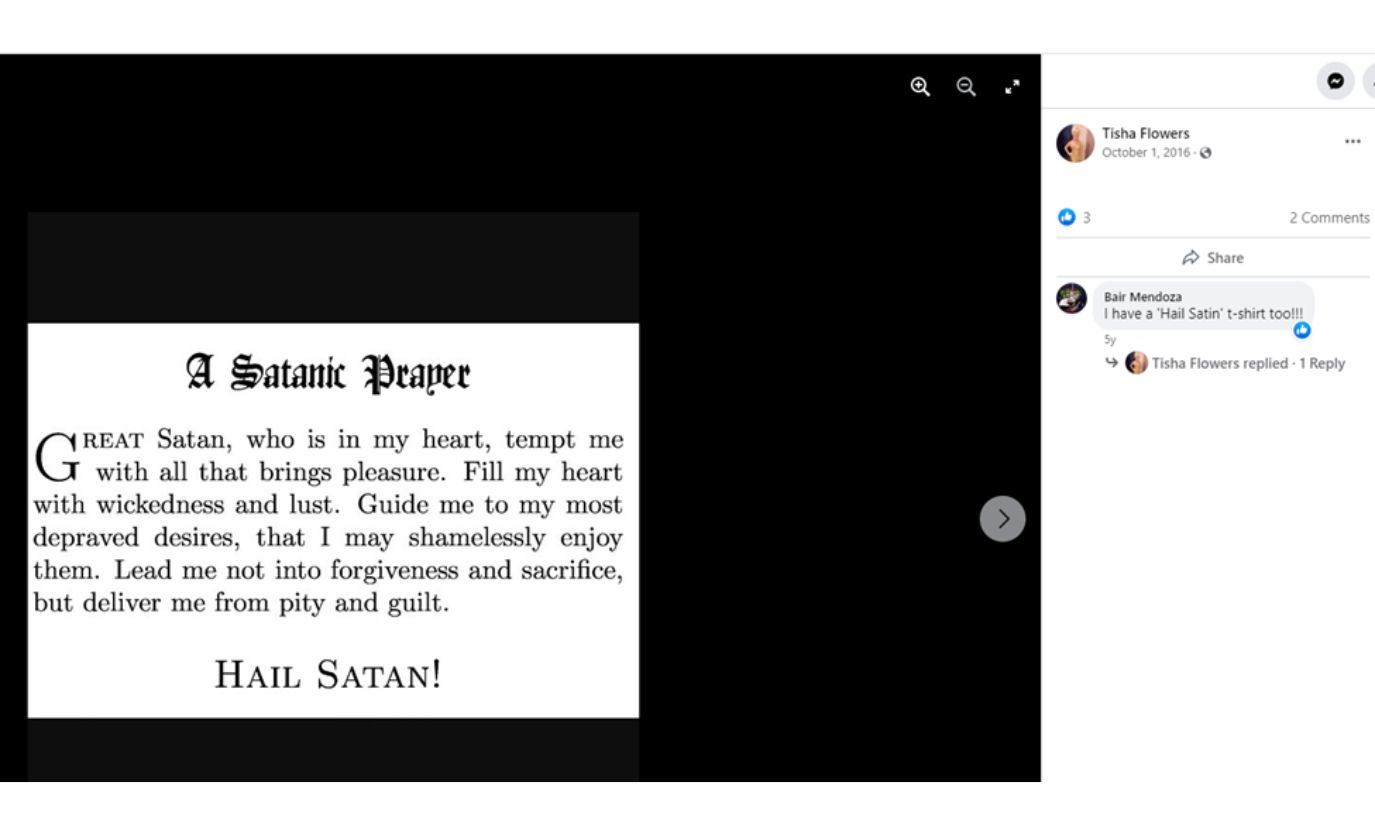 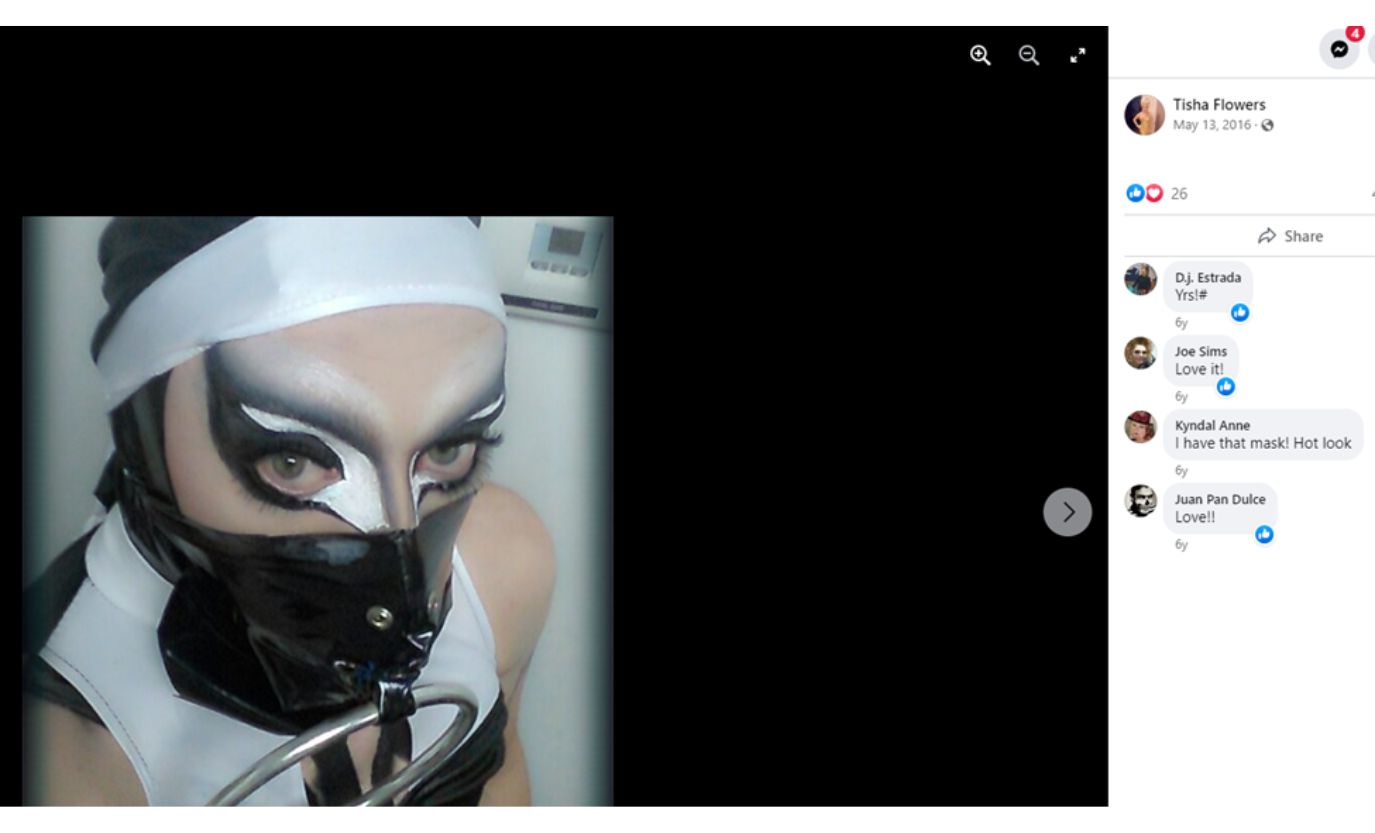 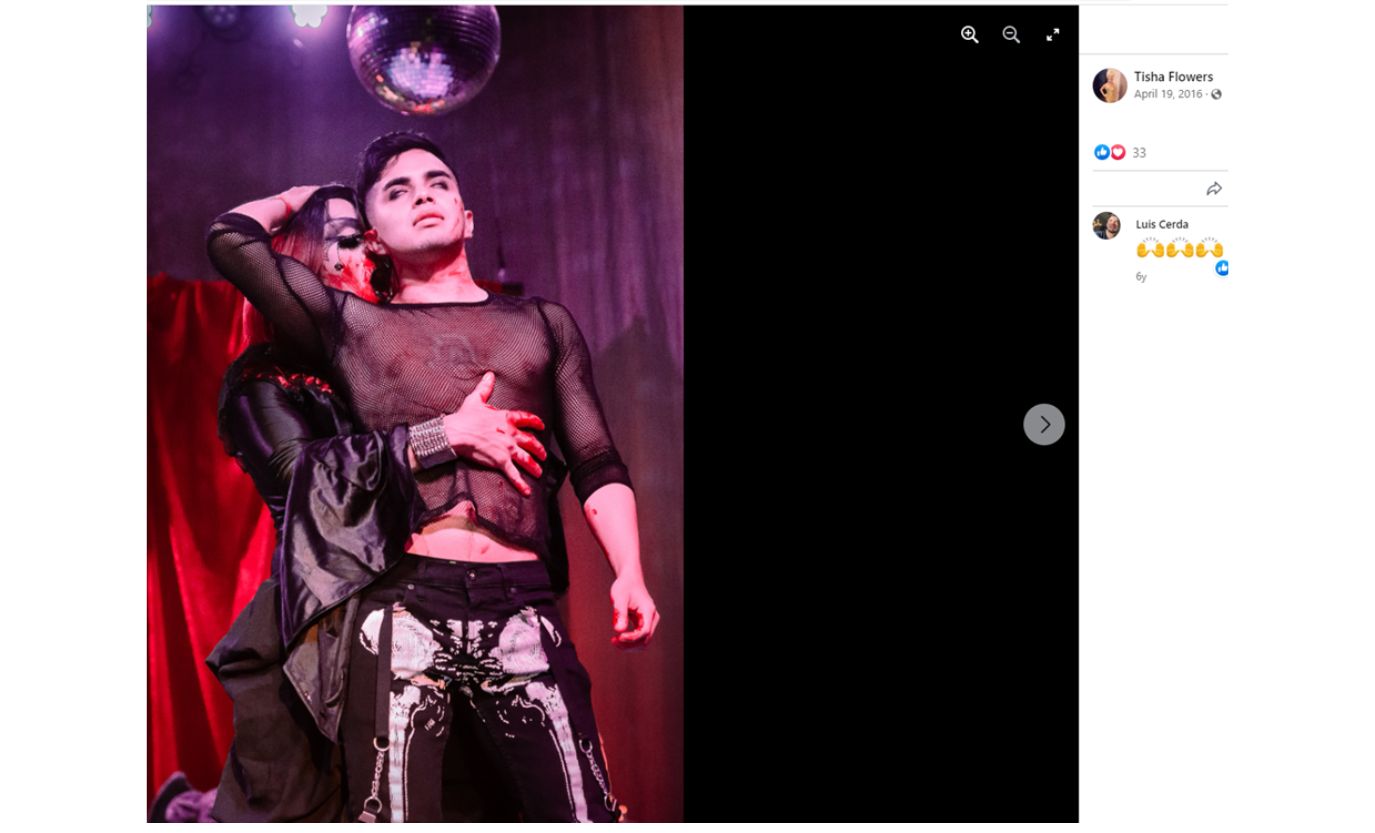 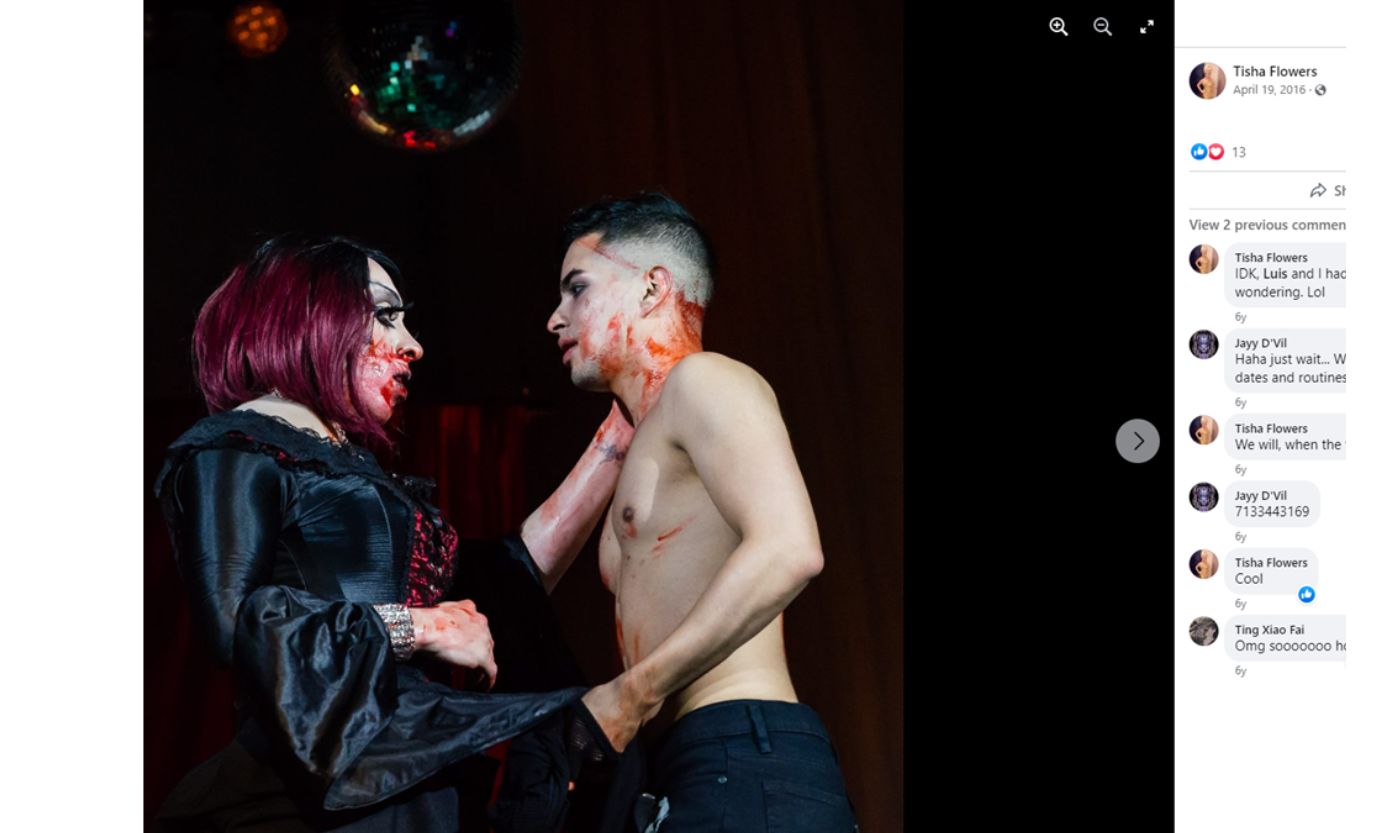 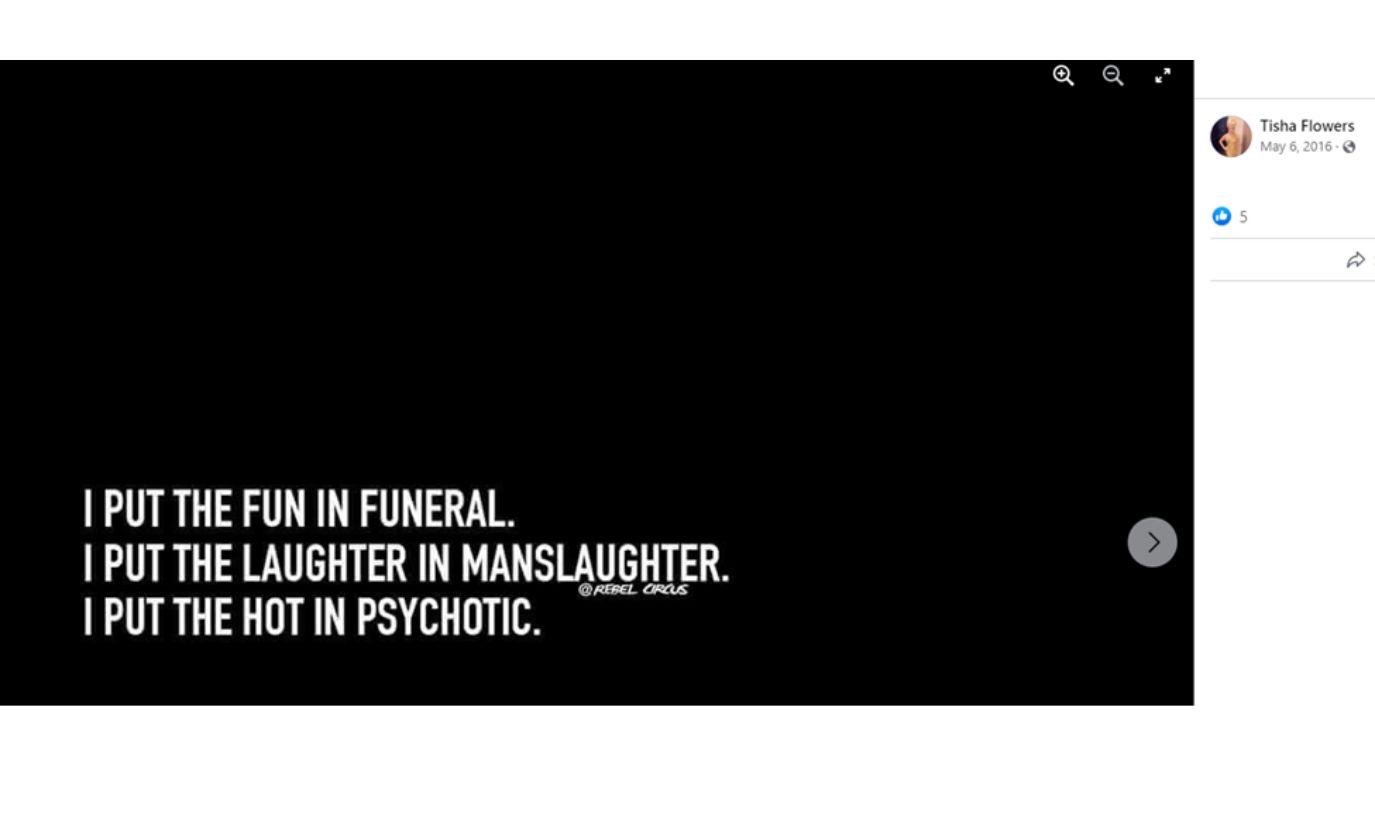 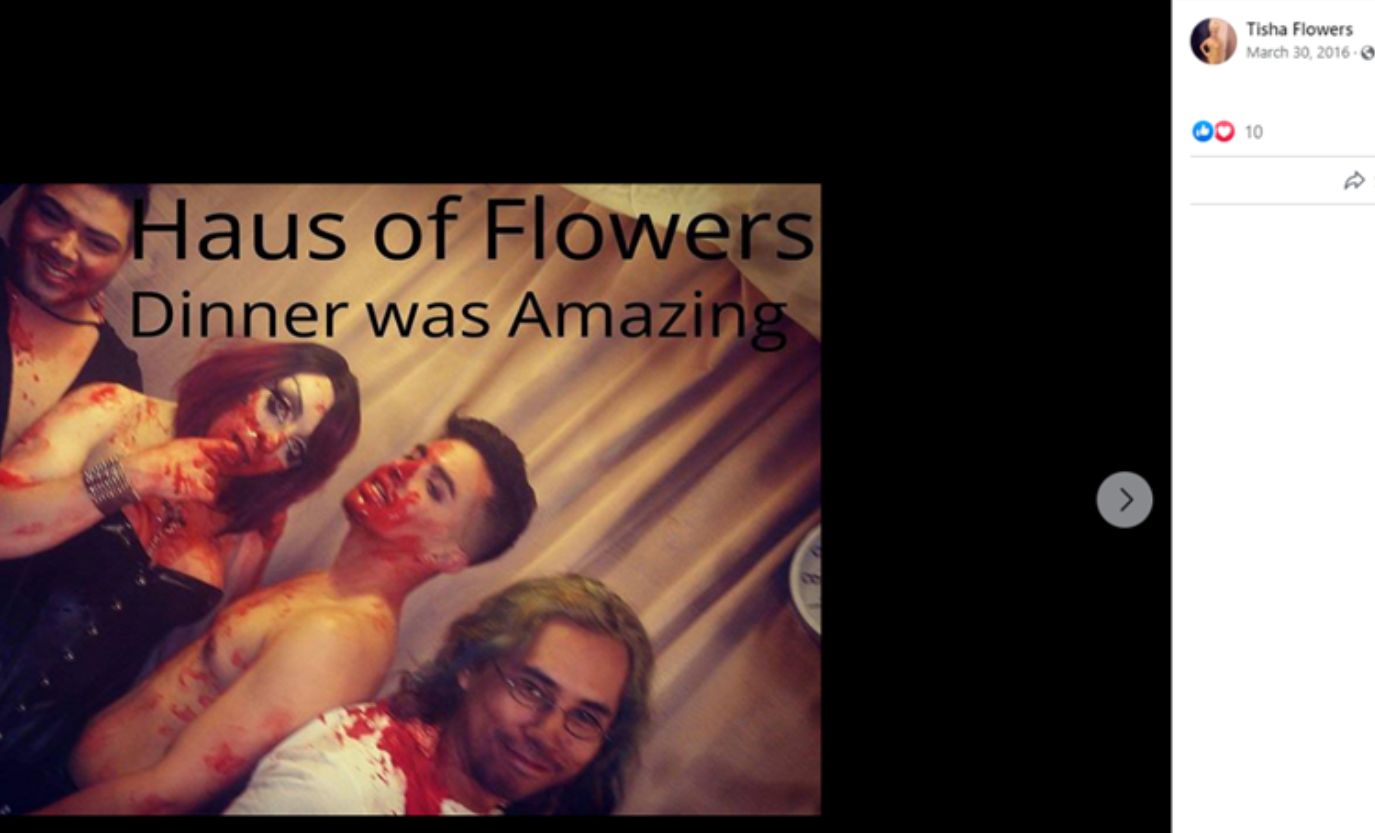 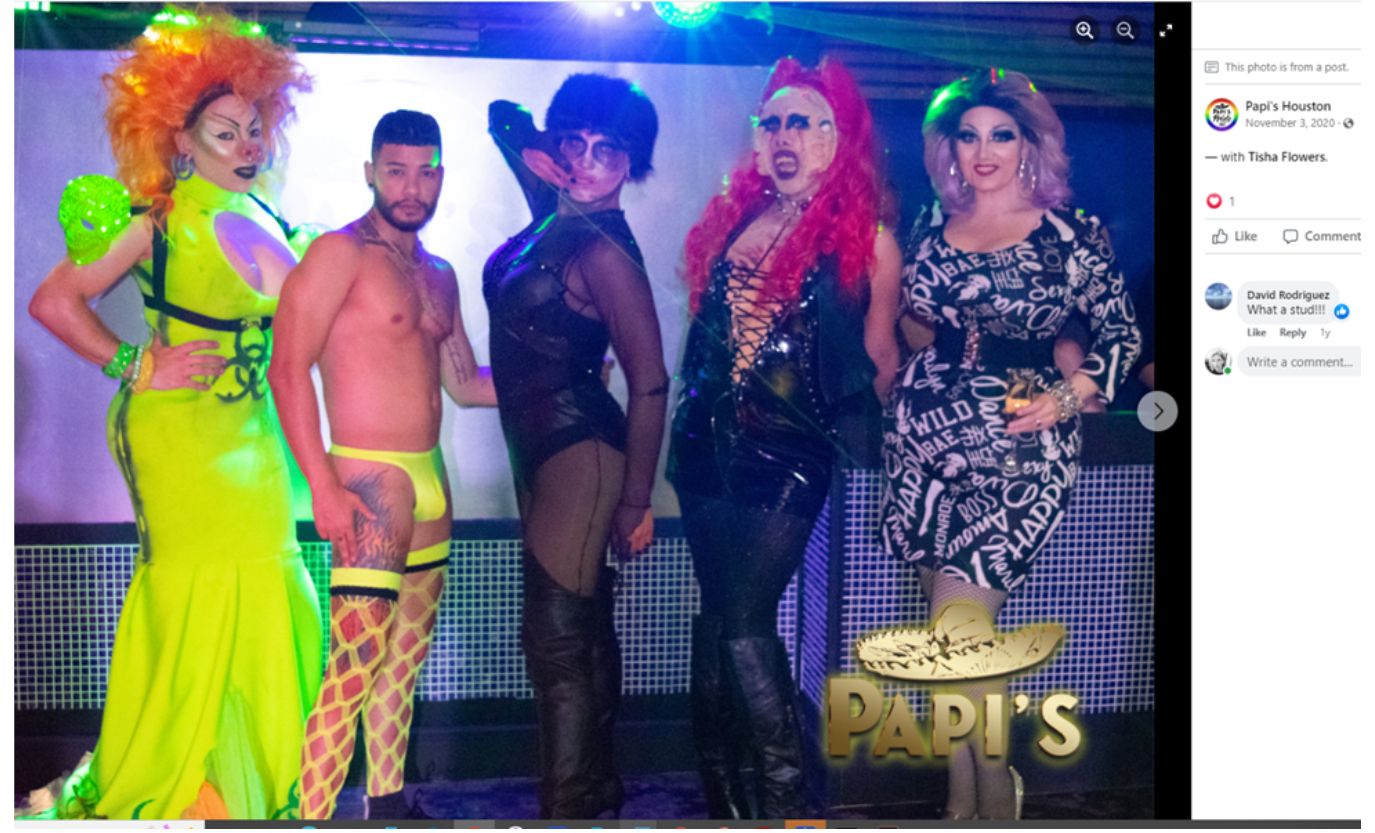 Tisha Flowers (left) wears a dress with the biohazard symbol (which he also has tattooed on his arm). This symbol is known in the MSM community as the symbol for a “bug chaser” which is a man who seeks sex with men who are HIV+

MassResistance Texas, Culture Warriors for America and Protect Texas Kids will protest the drag event for children Saturday, Sept 24th at 5 PM.  “It appears that this drag queen has not outgrown his blood lust from the looks of his social media”, said Shannon.

Update! The church is no longer including this depraved drag queen in the show after MMB reached out to them. Although they are seeming to pretend, we just got it wrong to begin with. The screenshots from their social media do not lie. 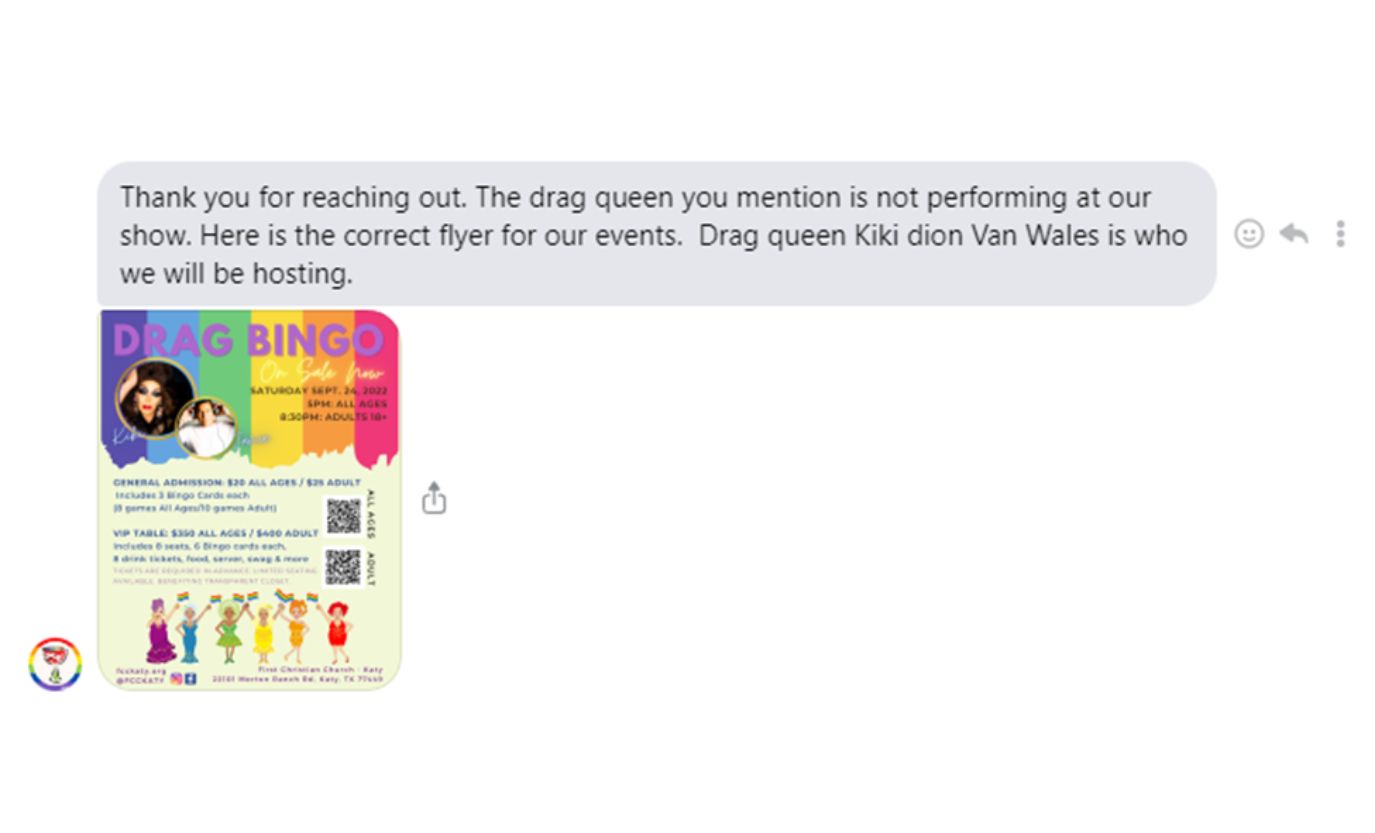 This church has clearly abandoned any teachings of the Bible and instead has gone full rainbow social justice warrior. They also promote “banned books” and have a collection of “banned books” at the church for kids. There are no “banned books”, there are books that parents have raised concerns about being in schools for children because they are pervasively vulgar and sexually inappropriate. 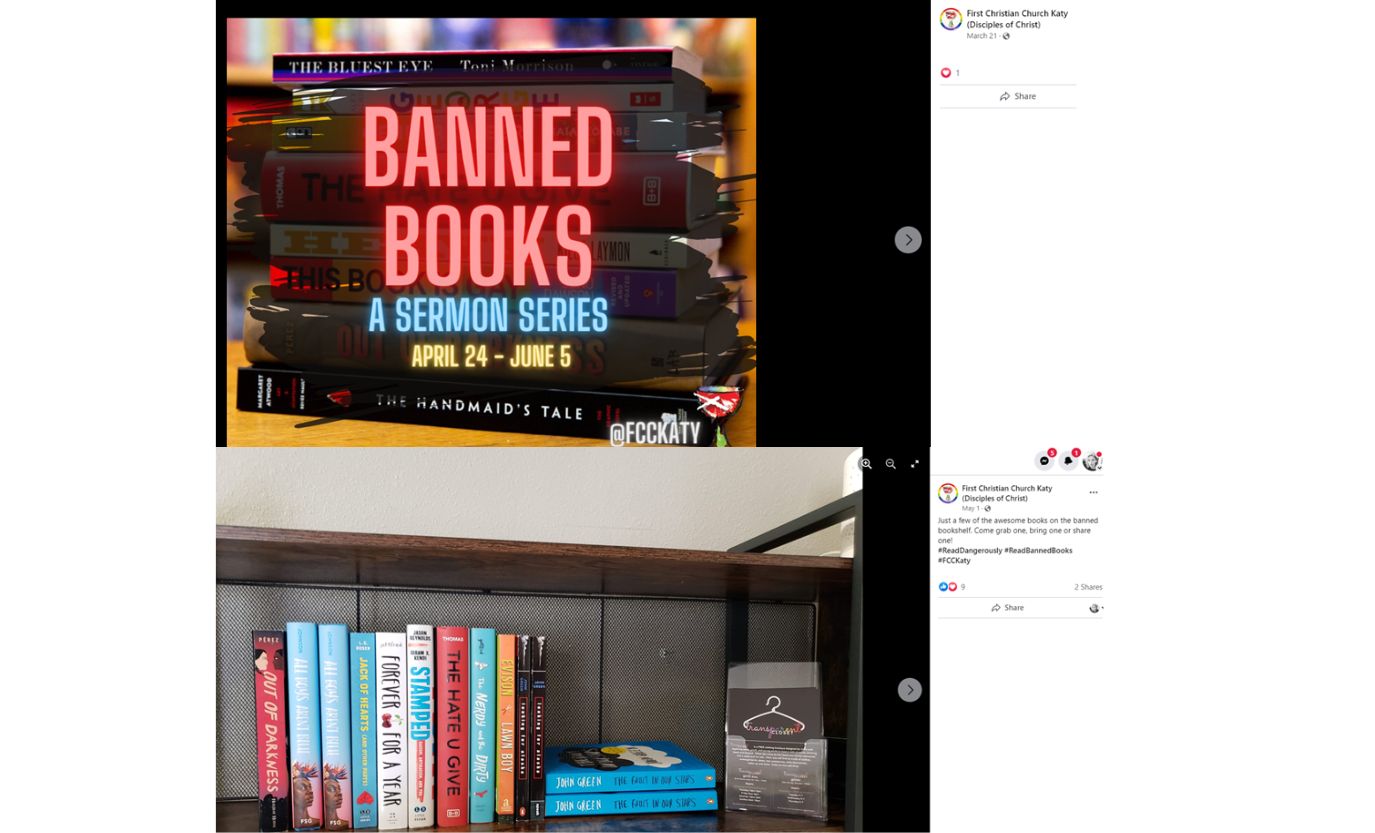 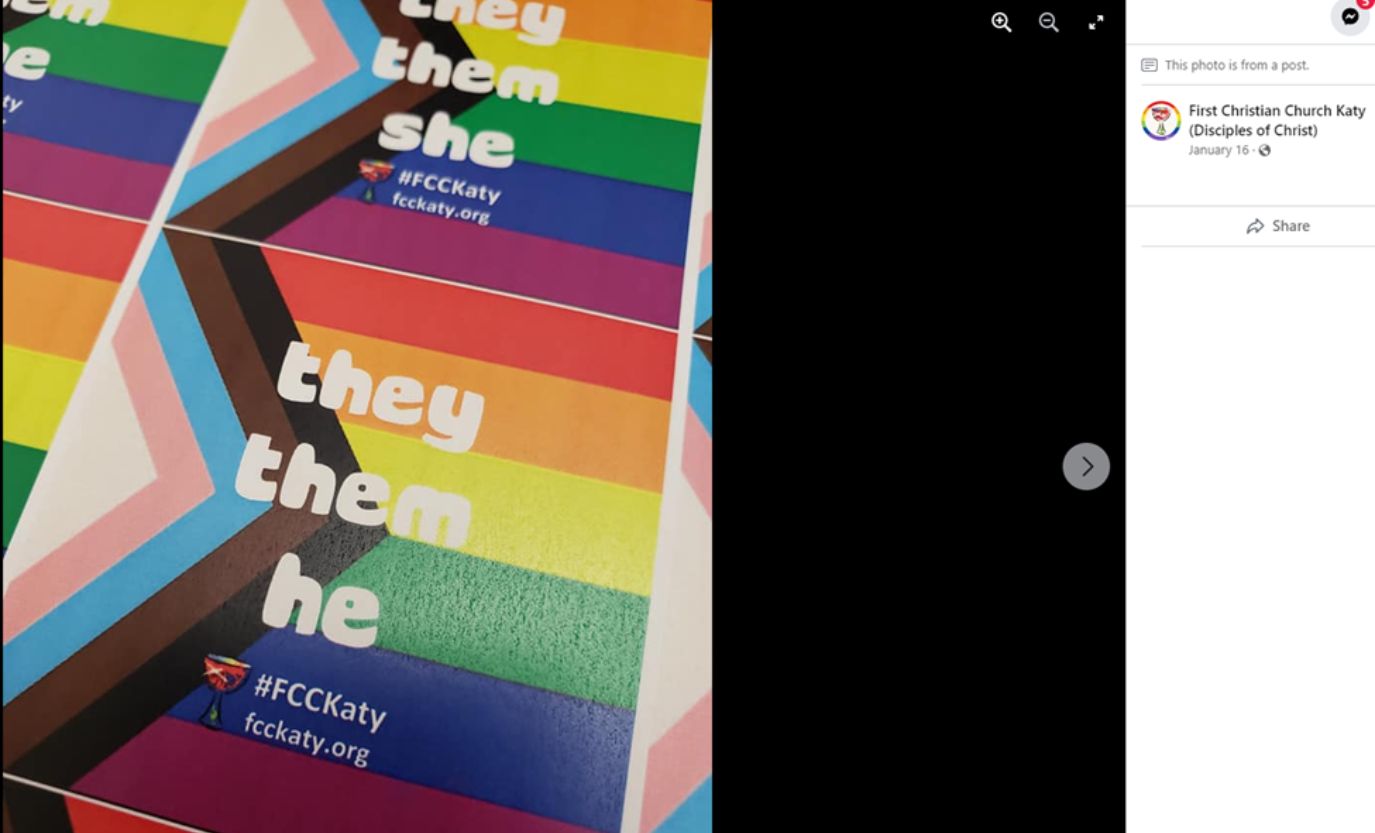 The church promotes pronouns and transgenderism 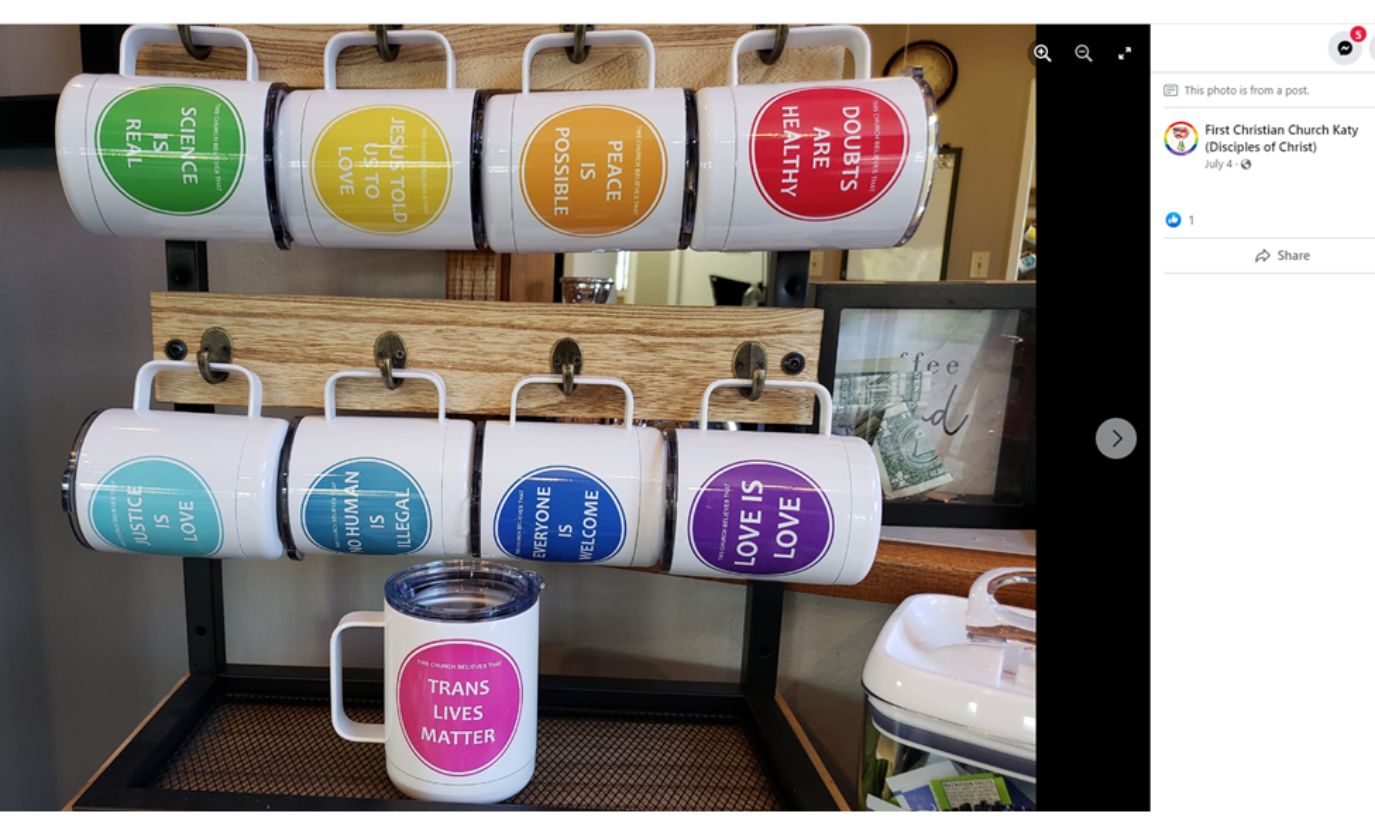 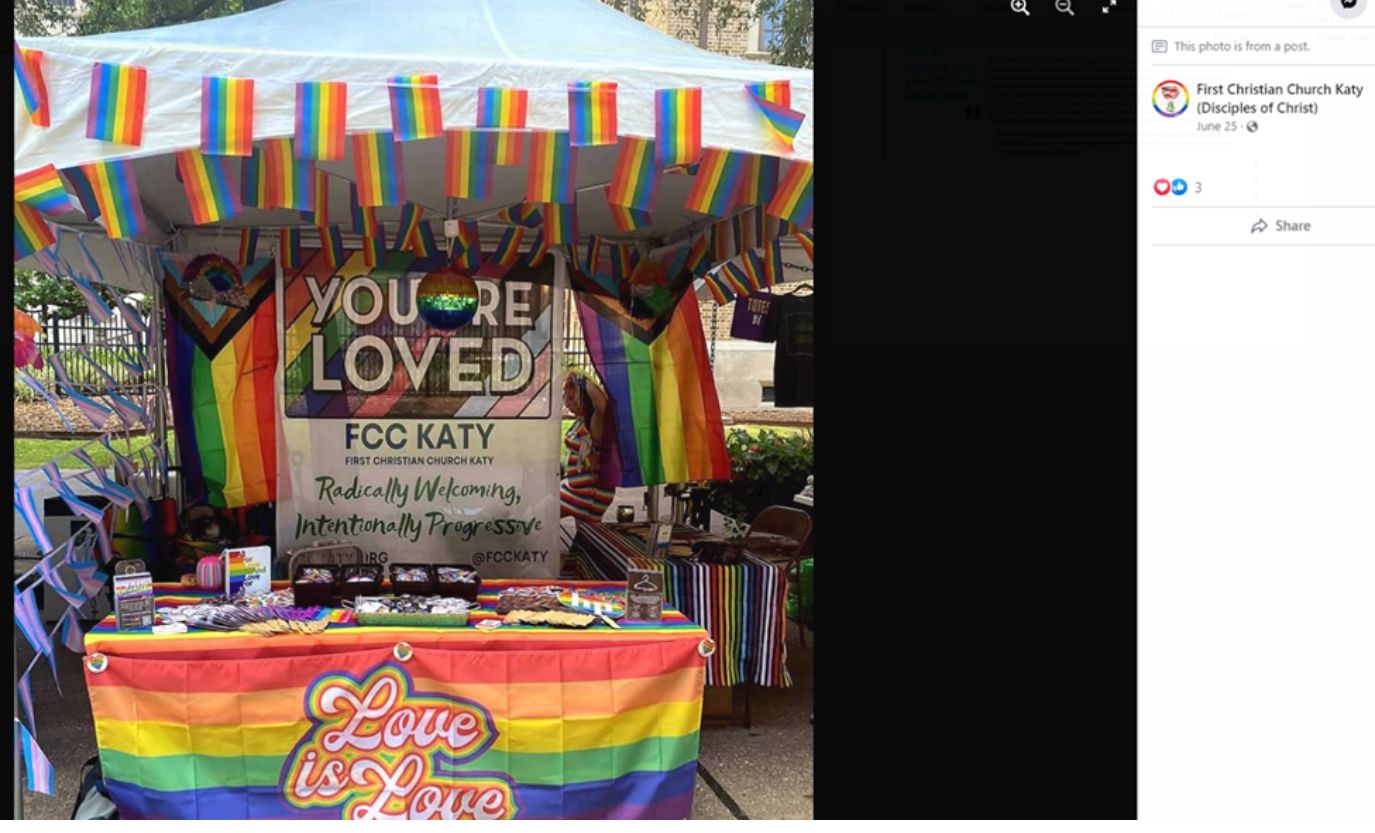 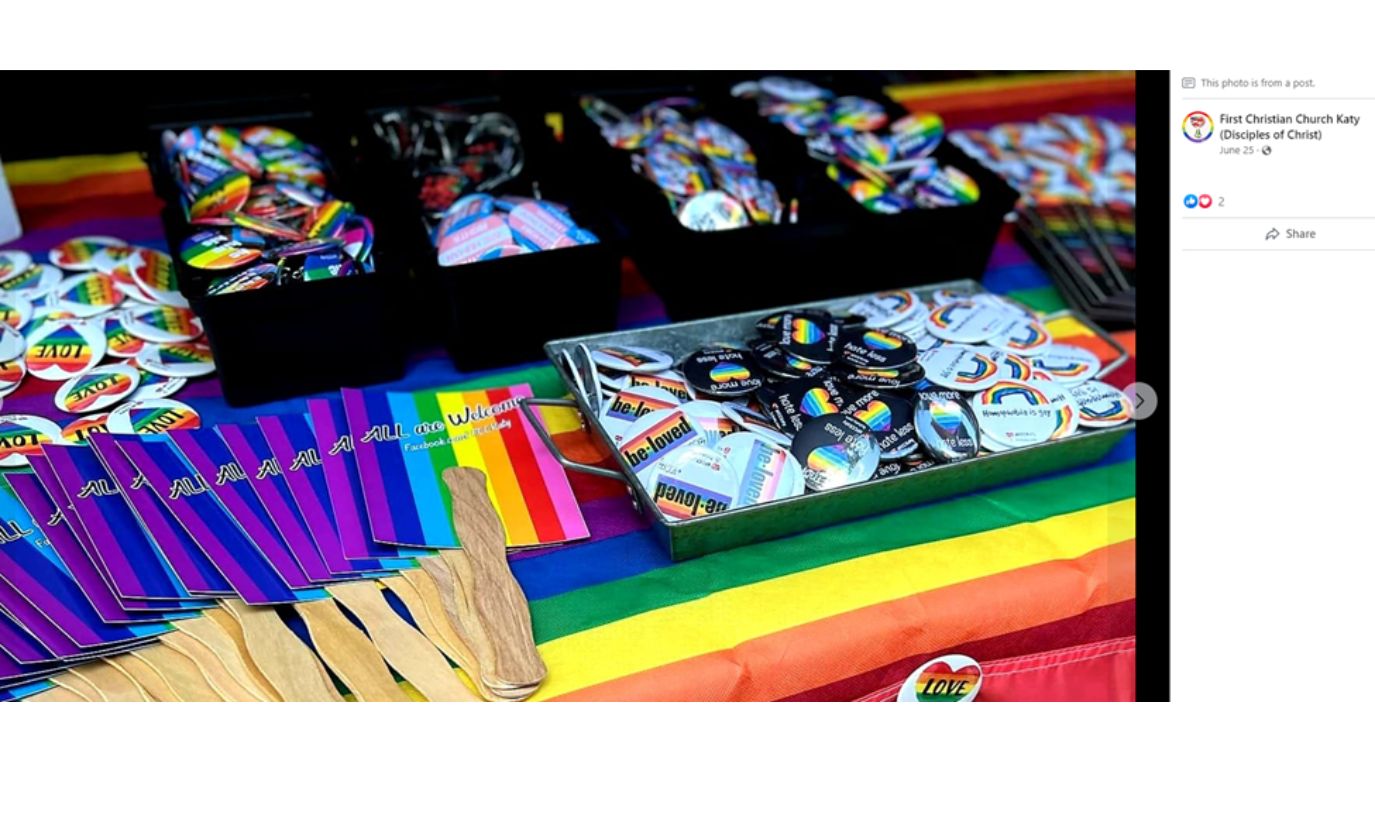 What exactly are they worshipping at this church? 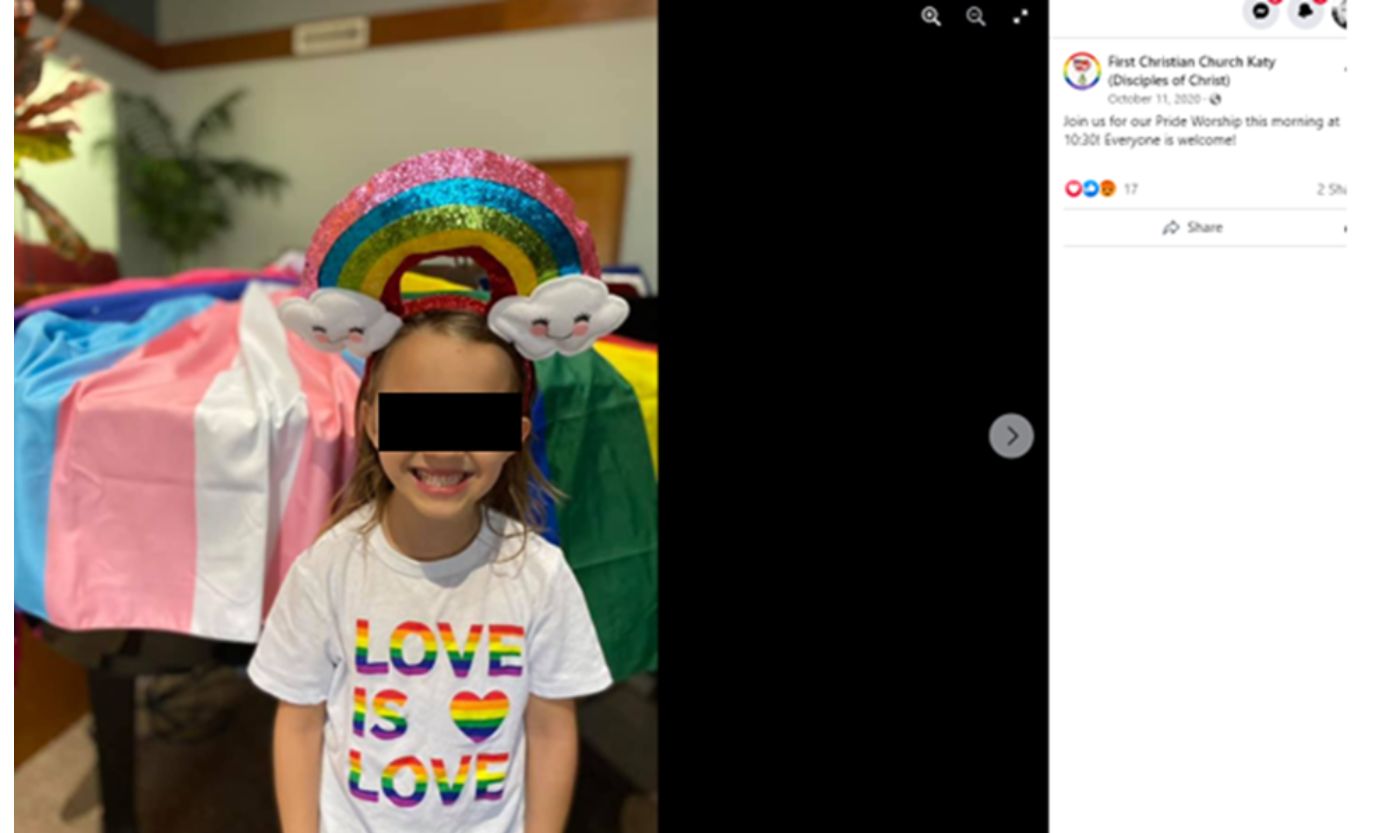 Join us for our Pride Worship? 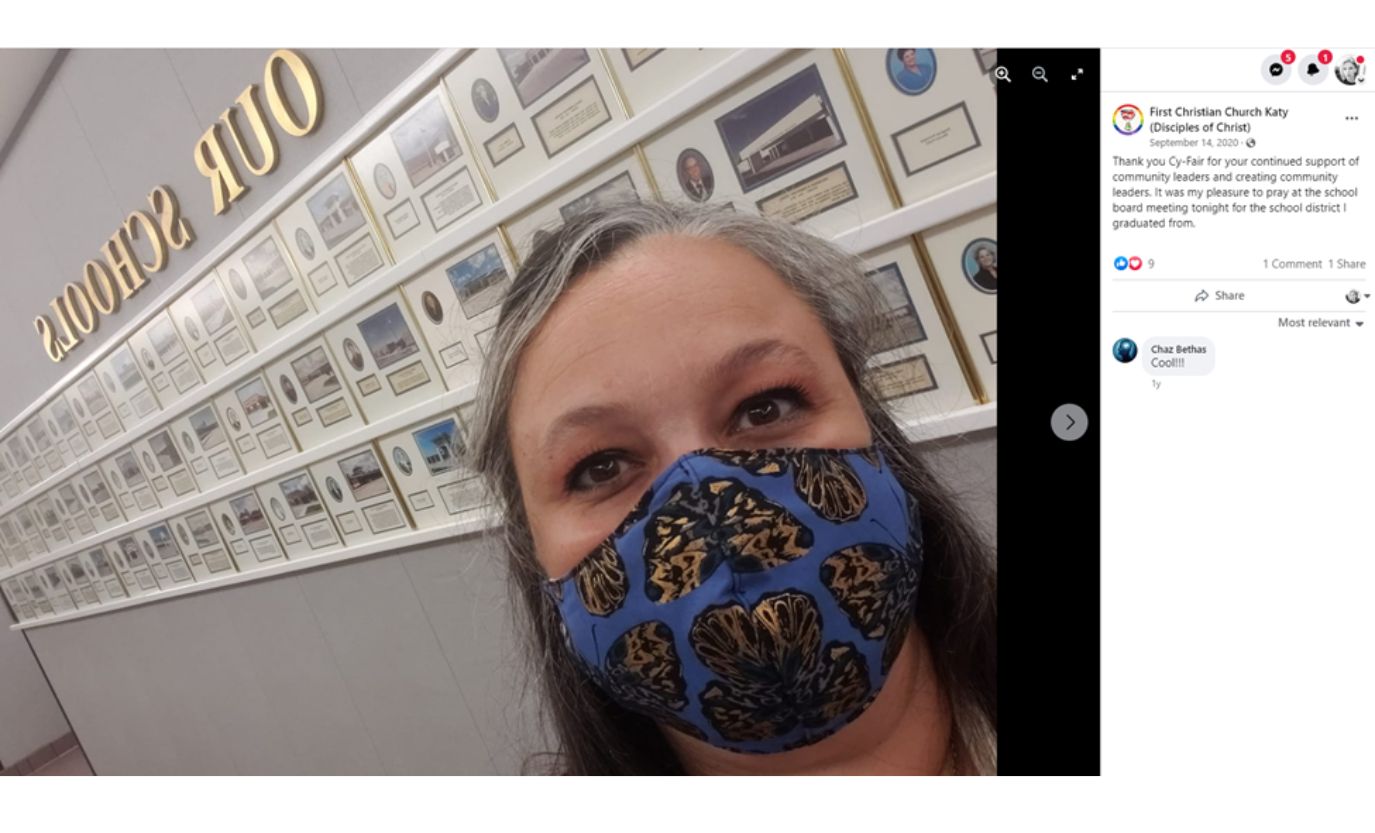 Who invited the Pride Pastor to pray at a school board meeting in Cy-Fair ISD? 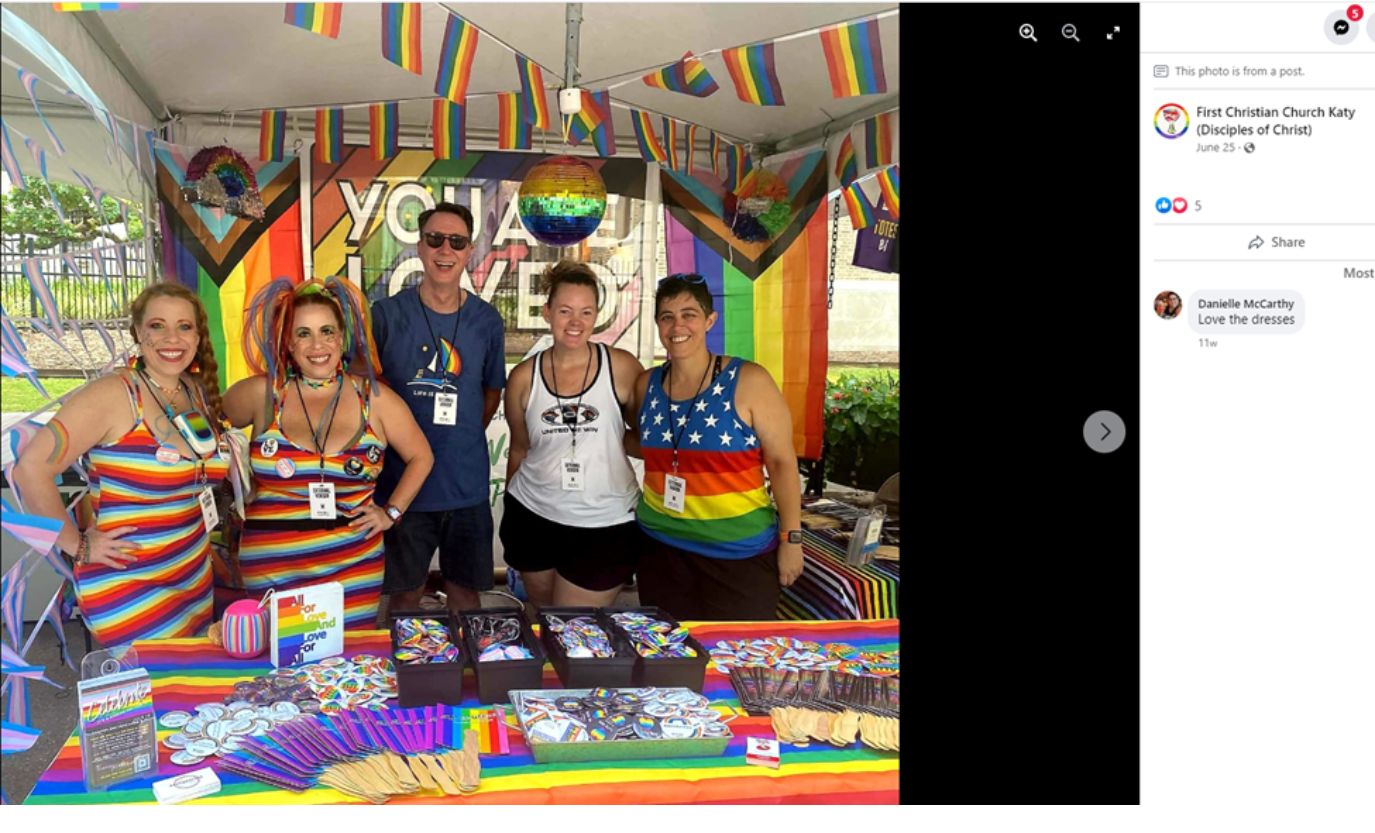 Look how excited they are to share about Jesus….oh! 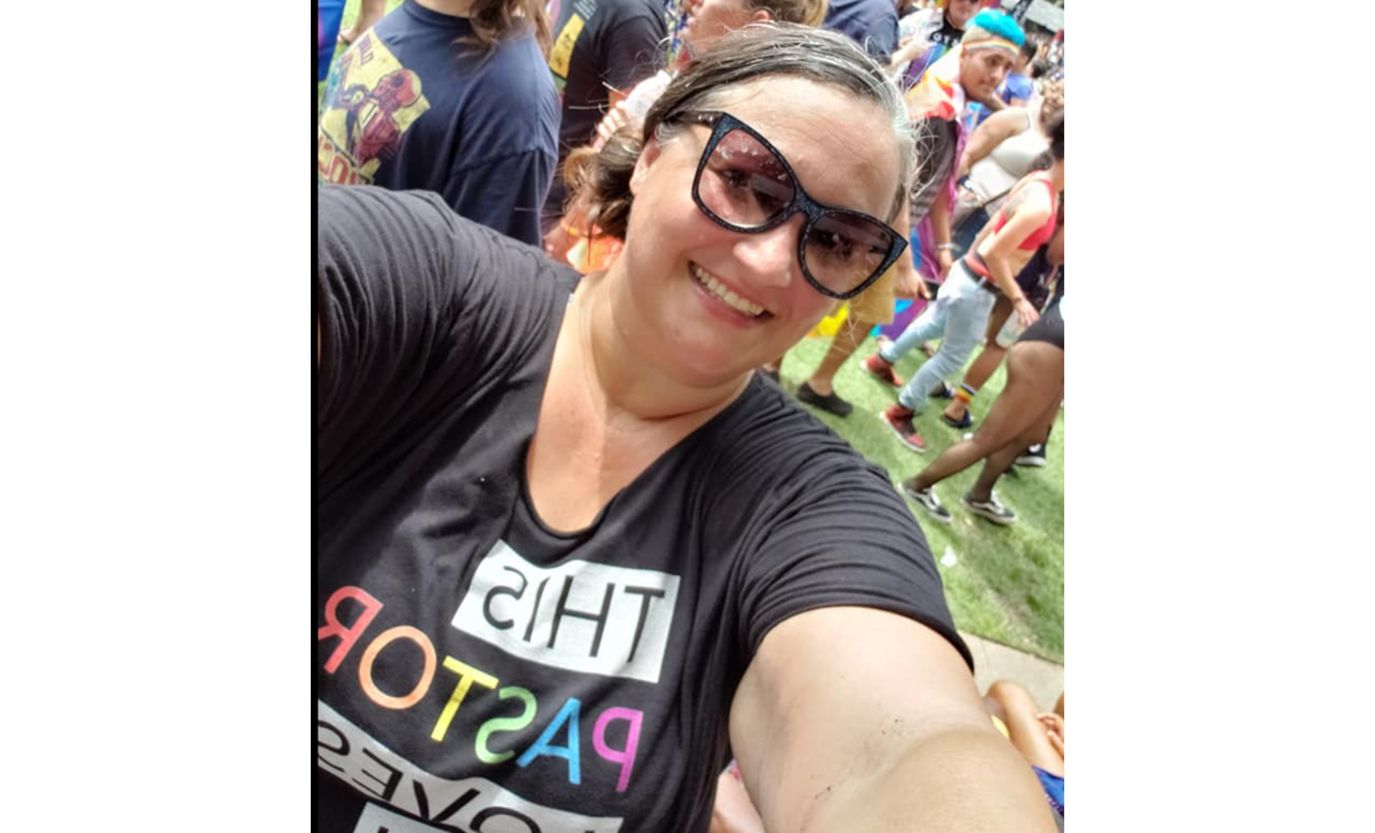 Hey, this pastor loves you and will spread some glitter ashes on your head at Starbucks Coffee on Ash Wednesday. 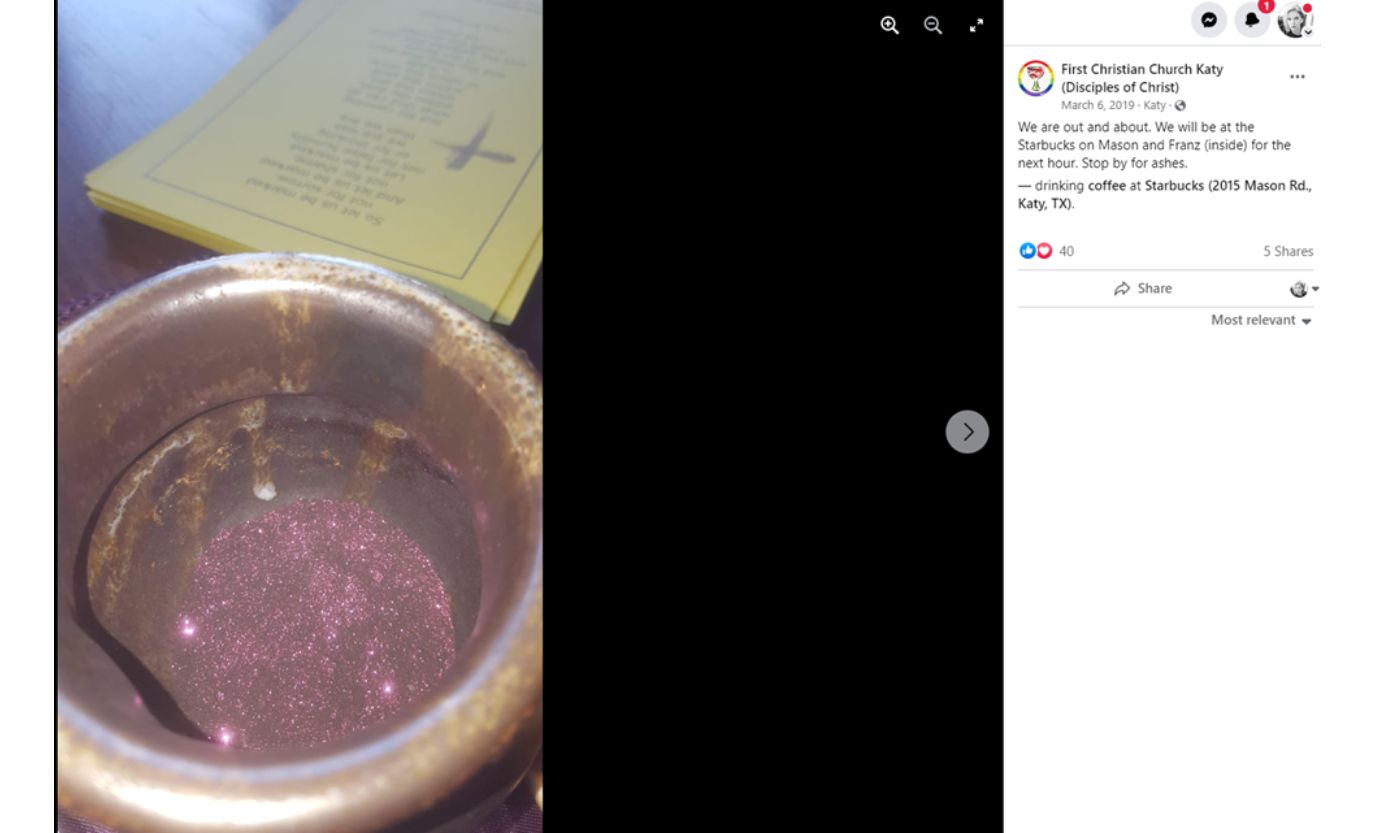 Glitter ashes for Ash Wednesday….the pastor administers the ashes at Starbucks. Because clearly glitter and coffee are central to Ash Wednesday. 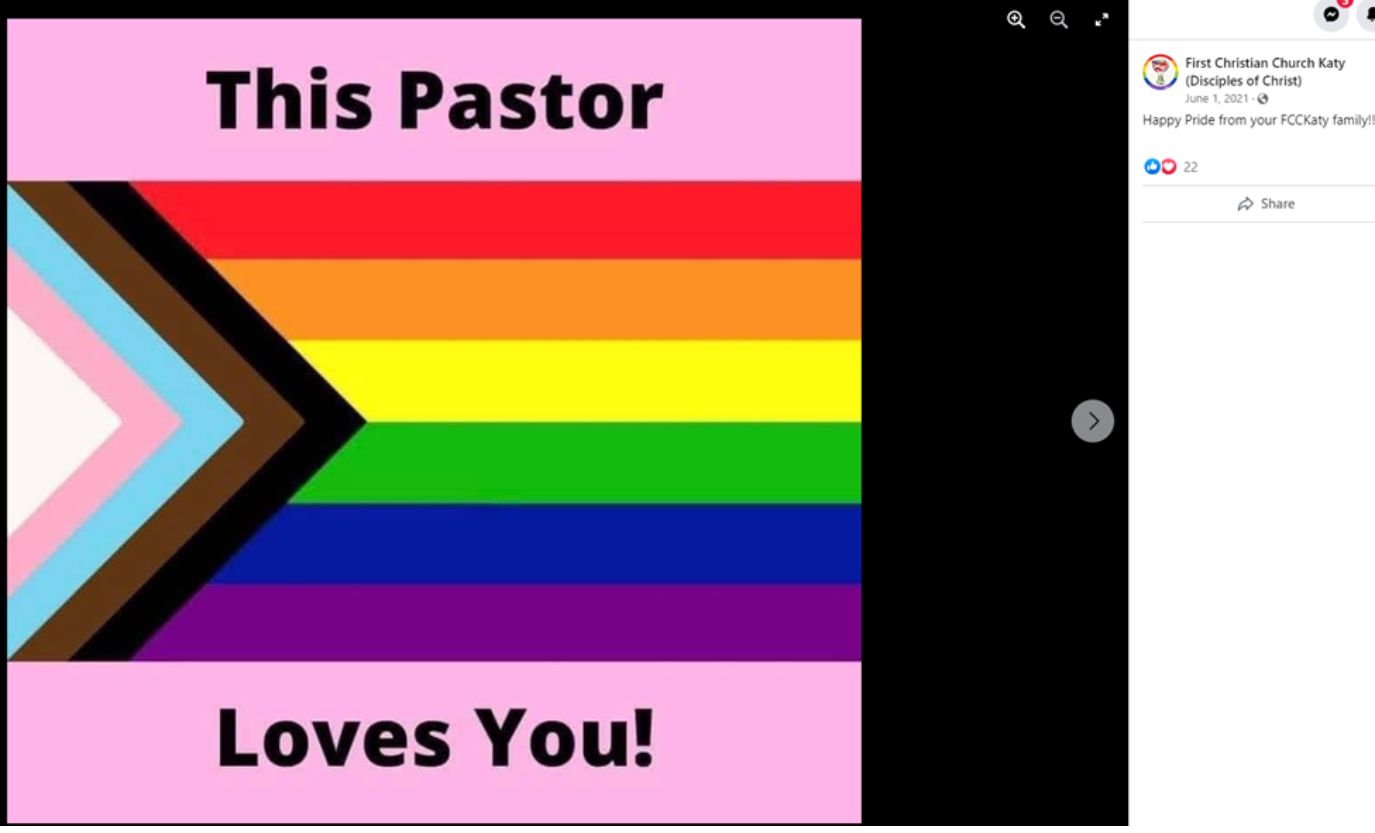 Does she love you enough to tell you the truth? Is she leading children into sin? 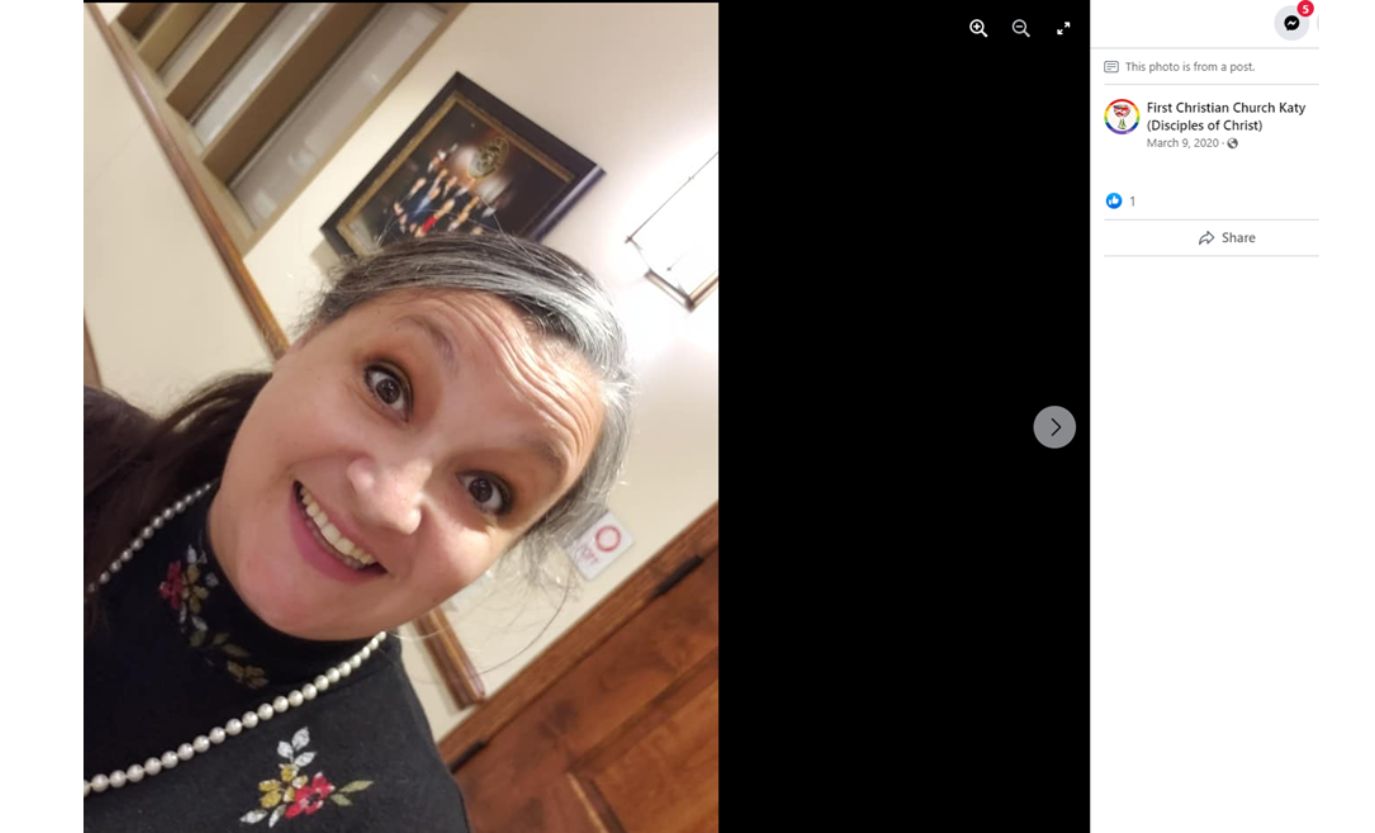 281.492.2693 is the number for the church. Rev. Heather Tolleson is the senior pastor of this church. The church should hear from the community about having drag events with children. 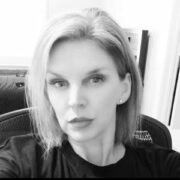 Tracy Shannon has studied what she calls the “neo-morality movement” for 20 years. Tracy’s family was profoundly impacted by the transgender movement many years ago, and that moved Tracy from the sidelines (merely protecting her own children from being inducted into "new" sexual mores) and onto the battlefront in the culture wars.  Tracy has taken on Drag Queen Story Hours in Texas and across the country. She exposed how libraries determined to introduce children to adult entertainers and transsexuals disregarded their own policies allowing sex offenders to be held out as role models to young children in taxpayer-funded public libraries.  Tracy led Texas parents in pushing back against the debauched drag queen program for children She has also contributed to the research of the programs across the nation. Tracy has studied the trajectory of the transgender movement and transgender medicine for 20 years.  She has observed a rise in children transitioning and a relaxation of the already loose and unethical “standards’ in transgender medicine.   Tracy says, “The origins of sex change started with unethical research on children decades ago and has come full circle to the unethical treatment of minors with puberty blockers, cross-sex hormones, and surgeries.”  Tracy has been a guest on American Family Radio and other conservative media where she discusses the need for safeguarding children and the latest threats to the family.  Her personal experience with the transgender issue as well as her investigative work has been published in conservative and Christian publications in the United States as well as abroad.