HARRIS COUNTY, TX – Monday, Lieutenant Eric Batton, the executive director of Harris County Deputies’ Organization, spoke before the Commissioners Court to inform the county that the recent 4% pay raise they distributed to the department is not enough to support officers during a staggering 10.7% inflation rate.

“If the police wanted a raise, they would have to help [the commissioners] raise taxes on the citizens of Harris County,” Lt. Batton said, quoting the response from Commissioner Ellis.

“How is it we’re supposed to keep up with inflation that’s at 10.7%, when we haven’t had a significant pay increase to even keep up with the standard of living at this point?” Lt. Batton said.

Following four months of negotiations between HPD union leadership and Mayor Selvester Turner’s administration, in July, Houston police officers saw a 4% base pay increase. Officers will receive another 3% in 2023, and then 3.5% more in 2024, for a total of a 10% raise over the course of 3 years.

This raise indicates that two years from now, Houston officer salaries will almost keep up with today’s inflation rates. If inflation worsens within the upcoming years, officers, who on average earn a hardly liveable annual salary of $69,456, will not be able to stay afloat.

“[The Commissioners Court] always ran us a meeting. The problem is not getting a meeting, it’s the lip service that we get, the saying that ‘they don’t have money,’” Lt. Batton said in a video provided by political blogger Merissa Hansen.

“Commissioner Ellis came in and told us that the only way that he would get us a pay raise is if we helped him raise taxes. And we said ‘that’s not on the board. We’re not here to raise citizens’ taxes,’” Lt. Batton said. 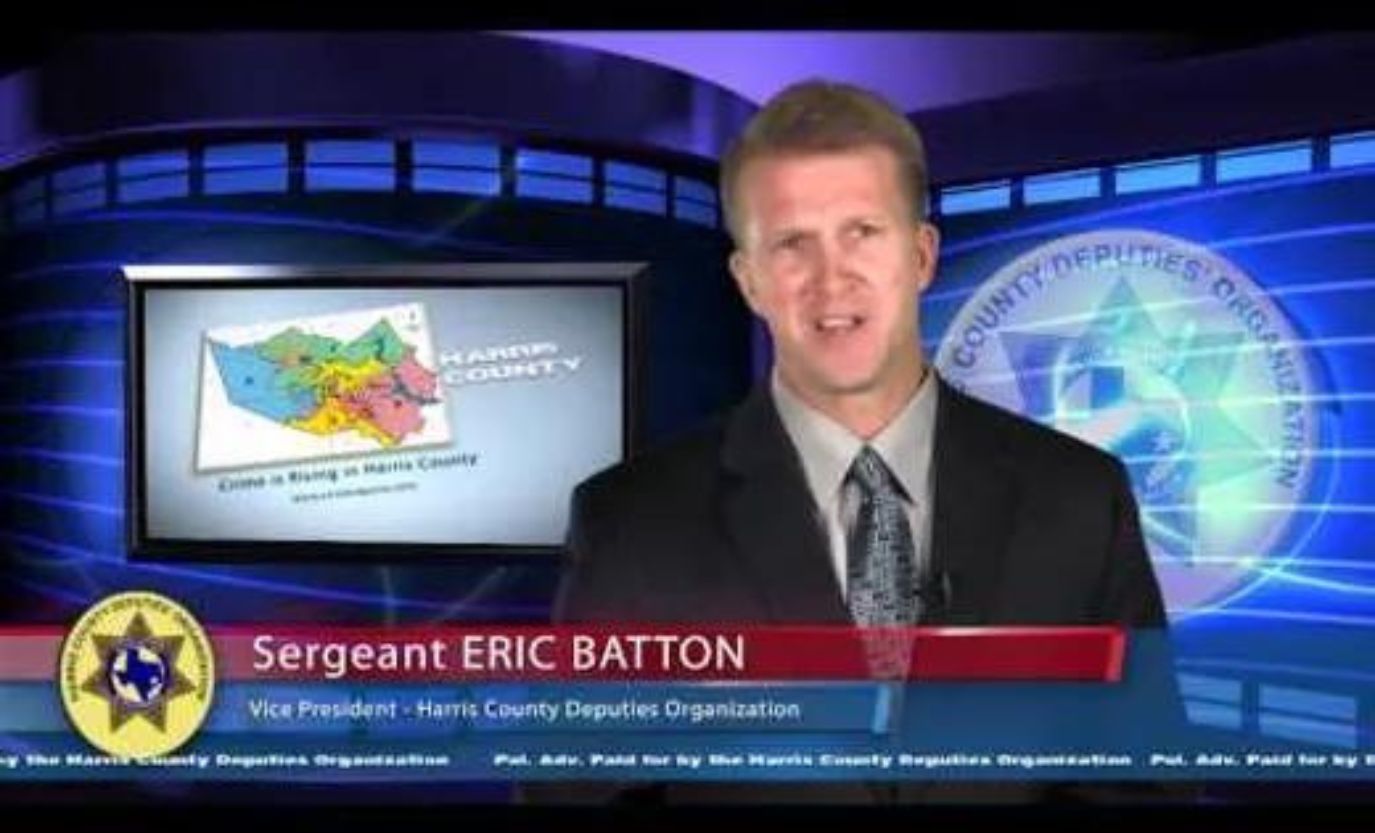 “The money already exists. The money is there. But we’re not going to sit here and punish the citizens of this county for money that they pay into the system for adequate law enforcement.

“And they’re not doing it. But they would rather fork out money and just hand it over, hand over fist, to these social programs.

“Look, and I understand there’s value in a lot of programs out there. We’re not here… to argue the value of giving people a help up. But we are here to argue the over expenditures that they’re doing to promote social programs that are really funded by the federal government, not by county government,” Lt. Batton said.

“It’s not one of the core functions of county government.”

The following graphic is a living, poverty and minimum wage chart, created by MIT and targeted toward the current standard of living costs in Harris County.

Yet HPD officers and their union representatives cannot approach the Commissioners Court for a raise matching current inflation costs. As per Lt. Batton’s account, conversation with the commissioners results in “lip service” and an insane request completely outside police jurisdiction: working hand-in-hand with the Commissioners Court to hike up tax rates for county citizens, who are also already struggling to stay afloat in the current economic waters.

If dialogue between HPD and the Commissioners Court remains fruitless, how exactly are officers expected to accomplish receiving a raise? The majority of Americans work in fields where they can strike to pressure companies to increase their pay. But it’s entirely unfeasible to threaten to withhold law enforcement services to the community.

Should Harris County officers follow Democratic Commissioner Rodney Ellis’ orders to help him increase taxes among citizens in order to receive a liveable wage? This would be an overreach entirely unprecedented in community law enforcement.

A Note of Encouragement From a Homeschool Mom in Katy, TX