Dr. Johnny Teague, Republican candidate for Congress in the 7th Congressional District issued the following statement regarding the little emphasized border crisis in the United States.

“New York City and Washington DC mayors are complaining on the shallowest end of our immigration crisis – a humanitarian crisis that we have created by not enforcing our immigration laws. Yes, the few that have shown up in these cities have stretched the homeless shelters there, but what they see is only a fraction of what our small towns face along the Texas and Arizona border.

Hospitals are beyond capacity along the border as migrants are being admitted for ailments while tax-paying citizens are being turned away in their towns. Over 2.1 million illegal immigrants are expected to be encountered this year. How many more not encountered? How many encountered will be processed – overloading our system and our budgets?

Though these problems are inconvenient, there are greater dangers because of unfettered migration. Women and young girls are being raped as they make their journey from their homelands to this nation. Some coyotes call it the price of admission. Gangs prey upon these women as they travel.

At the beginning of their journey women are encouraged to take birth control. Other women take shots to prevent pregnancy. All realize sexual abuse lies around the corner for 30% to 60% of these female migrants. Where is the “Me-too” movement during this horrific abuse of women, young and old?

On top of this, terrorists are coming across our border in numbers that have never been seen before. Yes, many are caught on the Terrorist Watchlist. These bring alarm when we hear of them in the news, but what about the ones who successfully cross into our nation, never to be seen again until the terrorist attacks and casualties follow.

The Biden administration and their enablers are exposing us to the inevitable every day. When such an attack or attacks occur, we will hear from the media and governing authorities, “Now is not the time to be partisan or point fingers.” When, all should know that these future events could have been prevented.

Sex trafficking is being perpetuated. Rapists and murderers flow back and forth at will. Cartels are making huge dollars on the smuggling of people. These profits are surpassed by what the Mexican and Chinese cartels make on fentanyl they push across. More fentanyl has crossed our border in the first five months of this year than all of last year. The number one cause of death for our youth is no longer suicide or murder or car accidents, but fentanyl-related deaths – 108,000 Americans last year.

We are in an all-time crisis. We must get past the belief that people are just coming to this nation to be free. People are coming to bring harm. Harm is coming to people who are coming. The streets of our cities are being destroyed because we no longer have the will to enforce our laws. Immigration is good if immigration is controlled, vetted, and select.

We must close our borders, stop the drugs from flowing, the cartels from profit, the terrorists from access, the women from abuse, and our citizens from danger. This is a major crisis I will address when I am elected to Congress.” 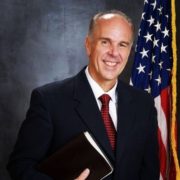