Federal Prosecutor says, ‘Even one vote’ that is illegally cast ‘diminishes faith in process

Myers, 79, of Philadelphia, pleaded guilty to conspiracy to deprive voters of civil rights, bribery, obstruction of justice, falsification of voting records, and conspiring to illegally vote in a federal election, the Justice Department announced this past Monday.

Myers confessed to bribing an elections judge, Domenick Demuro, in a voter fraud scheme over four years. Demuro who pleaded guilty in May 2020, was also convicted for his role in accepting bribes to cast fraudulent ballots and certifying fake voting results.

Myers also confessed to plotting to commit election fraud with another elections judge, Marie Beren, who pleaded guilty to the scheme in October 2021. 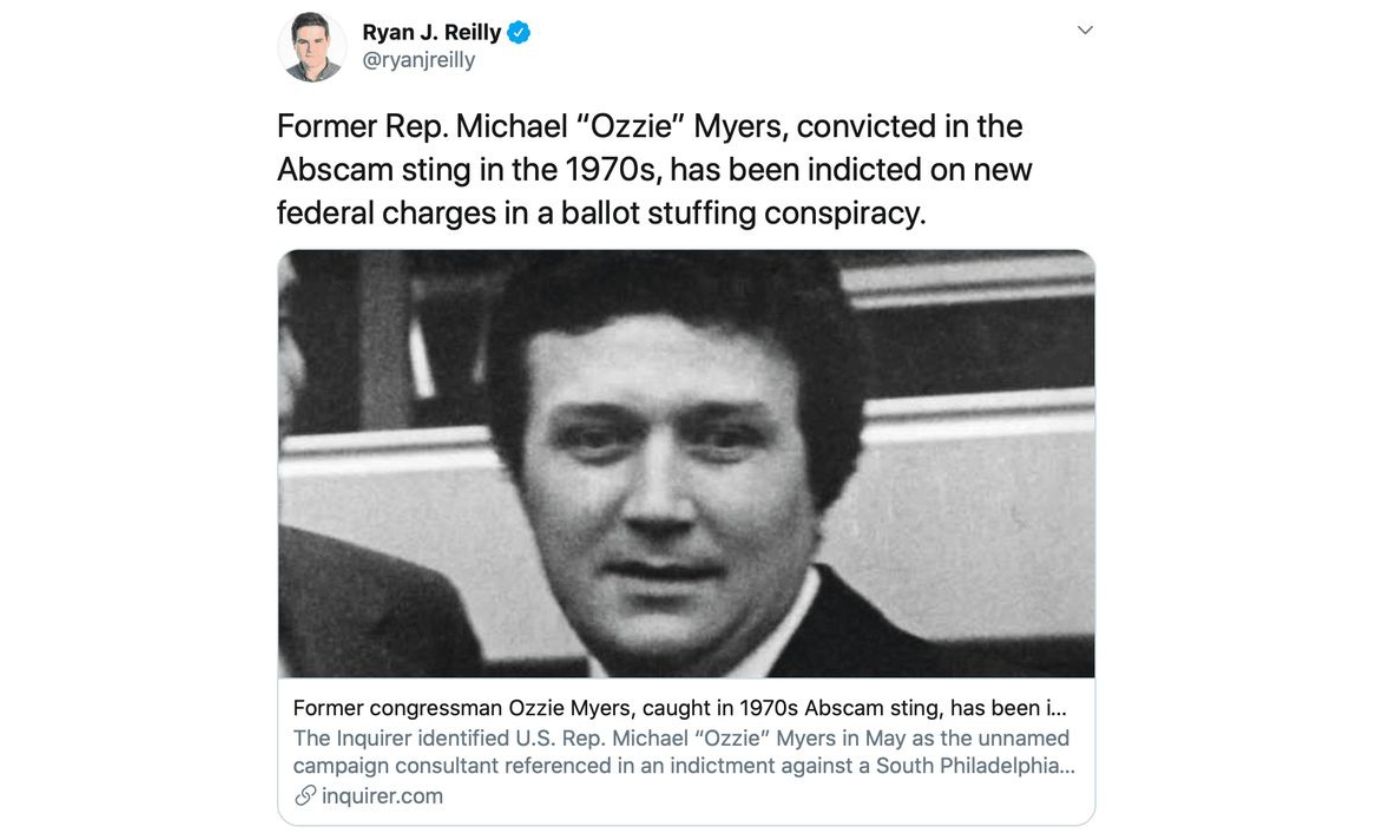 U.S. Attorney Jennifer Arbittier Williams stated in a press release, “Voting is the cornerstone of our democracy. If even one vote has been illegally cast, or if the integrity of just one election official is compromised, it diminishes faith in process.”

This wasn’t his [Myers] first run-in with the law. Disgraced Democrat congressman Michael “Ozzie” Myers was also expelled from Congress back in 1980 after he was filmed taking bribes in the Abscam sting investigation. He was convicted of bribery and conspiracy for taking money from FBI agents who posed as Arab sheiks. As a result, he was sentenced and served more than a year in Federal prison.

Myers also served six years in the Pennsylvania House before his 1976 election to Congress.

Help your Kids Make the Most of Summer