If you’ve never heard of the Fisk Jubilee Singers, now is the time to check them out. Celebrating their 150th anniversary singing gospel music and spirituals, this Fisk University choral group in Nashville is preserving history while honoring God.

The Fisk Jubilee Singers are not just another college singing group. In a world that eschews God and in a university system that is frequently dominated by educators challenging students to question their beliefs, Fisk University has stood as a pillar for Christianity and for the preservations of African spirituals and praise songs. The young men and women who make it through the lengthy and highly competitive audition process to claim one of the 16 coveted spots see themselves as having a profound responsibility to keep this music and history alive.

Begun in 1871 to raise money for the school, the original ensemble was part of a generation whose parents had recently been released from slavery. They were the first generation to receive an education, the first to be able to share Black history through music to a white audience completely unfamiliar with it.

When they did so, they became an immediate success and are credited with saving the university and keeping it in operation over the 150 years that have followed. They have performed at the historic Ryman Audtiorium, at prominent venues all over the U.S., and even internationally. One journey was to Ghana, their director’s birthplace and the origin of so much of the group’s music and performance style. 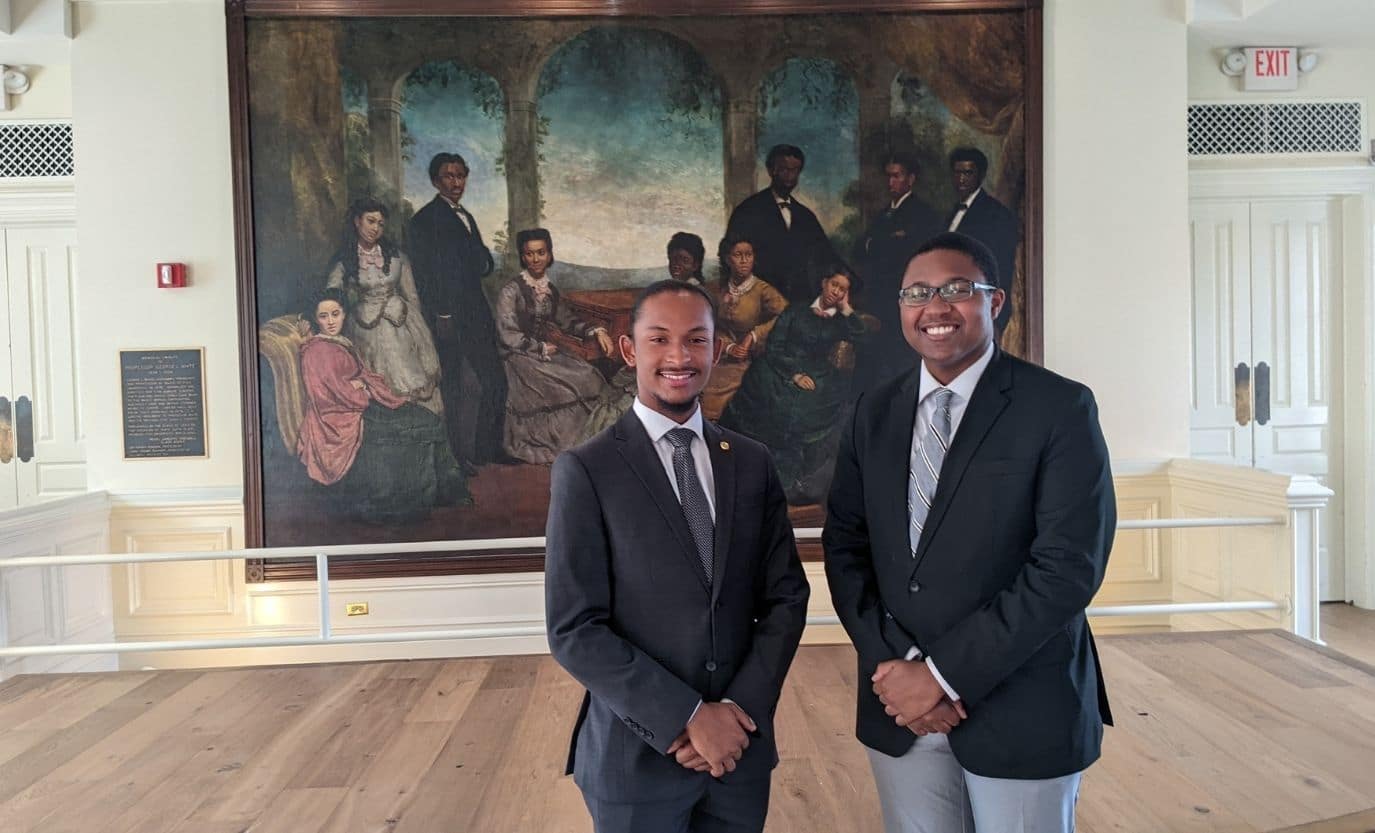 Freshly graduated group member Jeffrey Casen says that when he joined the ensemble, he asked himself, “What was the original singers’ intent, why is their legacy so important, and what can I do to preserve and uphold what they started?”

Dr. Paul Kwami, who has directed the group for 28 years, reminds the members to consistently focus on these questions. He preaches respect for oneself and others, a deep love for God, and letting others see this love versus being caught up in the ways of the world. “I believe my coming here was a divine appointment,” Kwami says. “I am grateful but must approach with humility.” Soft-spoken and modest, Kwami takes every opportunity to not only teach students about their heritage, but to also support them in today’s world.

At 70 years old, Kwami says that although he’s nearing retirement, his last bucket list item is to see an artistic study – perhaps statues – erected to honor the original nine students and make sure the world knows who they are. “These kids saved the school through Negro spirituals,” he said. “One student, his only memory was seeing his mother sold off to slavery, and he used his voice and his love of God to honor her memory.”

The Fisk Jubilee Singers hold performances throughout the year. Every year, they celebrate Jubilee Day in which they honor the original singers and present two new arrangements to the public. They even take a pilgrimage to the Nashville cemeteries where previous singers are buried. This year’s Jubilee Day falls on October 6 and is returning to live performances after a COVID hiatus. The event is free to the public. 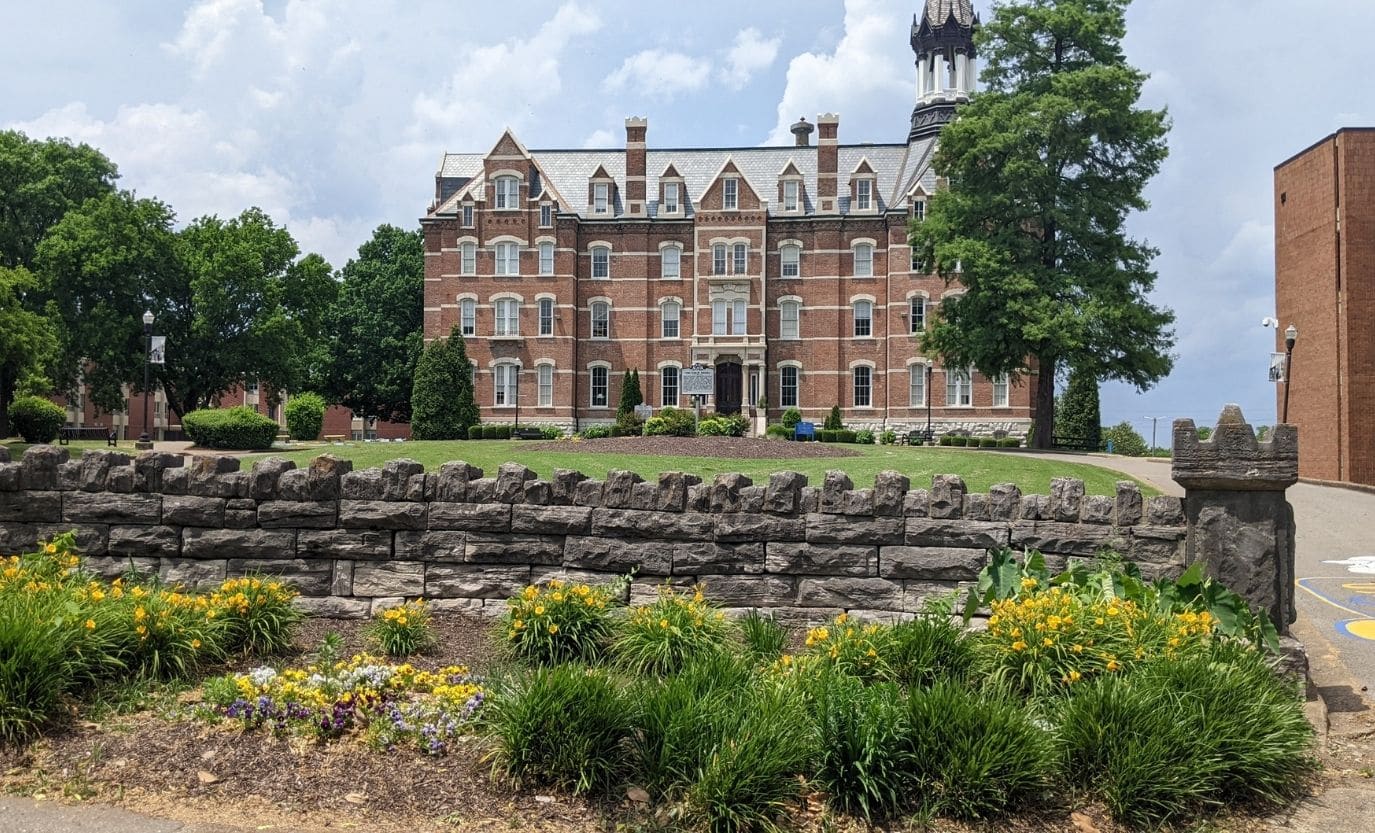 On June 28, the singers will partner with the Ryman Auditorium for a performance to honor two anniversaries: The Ryman’s 130th anniversary and the Fisk Jubilee Singers’ 130th anniversary of their first performance there. Yes, this group performed at the opening of the historic venue, well before the iconic building played host to Johnny Cash, Patsy Cline, and Hank Williams.

Kwami says that as long as he is directing the group, he is determined to keep negro spirituals alive. “I fear society is pushing us away from these important songs,” he says. “But God is still speaking to us through this music. I cannot and will not separate God from these songs.”

And neither will the students or those who hear their music. Singer Kemani Iwu says, “The original group started their education straight out of slavery. Can you just imagine what that was like for them? I get emotional just thinking about, and when I look at my fellow singers during a performance, I see the tears in their eyes too. These are songs of strength and resilience and power.”

Casen concurs. “My mom taught me songs of freedom, but I’ve learned more through this group. When I look at the catalog of songs that come from our history, I realize that our people sang their way to freedom.”

Where Is the Outcry about Harris County Being the Murder Capital of America?