Yesterday, our nation took a nosedive yet again, not with the economy, but with the taking of human life – again. Here in our home state, we are faced with yet another mass shooting, this time of our smallest, most vulnerable children.

On the morning of May 24, 18-year-old Salvador Ramos walked through the door of Robb Elementary School in Uvalde, armed with at least one rifle and dressed in body armor. He had just fled his home, where he was cared for by his grandmother. Neighbors had called in a domestic dispute, and when police arrived to the home, they found the grandmother shot and Ramos gone.

Ramos wrecked his truck in a ditch near the elementary school. It’s unclear if he had planned any type of mass shooting, or if he got out of his truck, saw the school, and decided to take out his rage on the innocent children inside. We may never know his motive, as he was later gunned down by police.

But before authorities could get to him in the classroom in which he had barricaded himself, he shot and killed 19 young children and two teachers in cold blood. He gunned them down right there in their classroom, where just an hour before, they had beamed with smiles during an awards ceremony.

Members of Border Security arrived to assist the officers at the school, and it was part of that patrol that eventually managed to stop and kill the assailant. Officers and border patrol were shot during the fiery exchange. Some students and teachers remain hospitalized, as does Ramos’ grandmother, who is in critical condition. 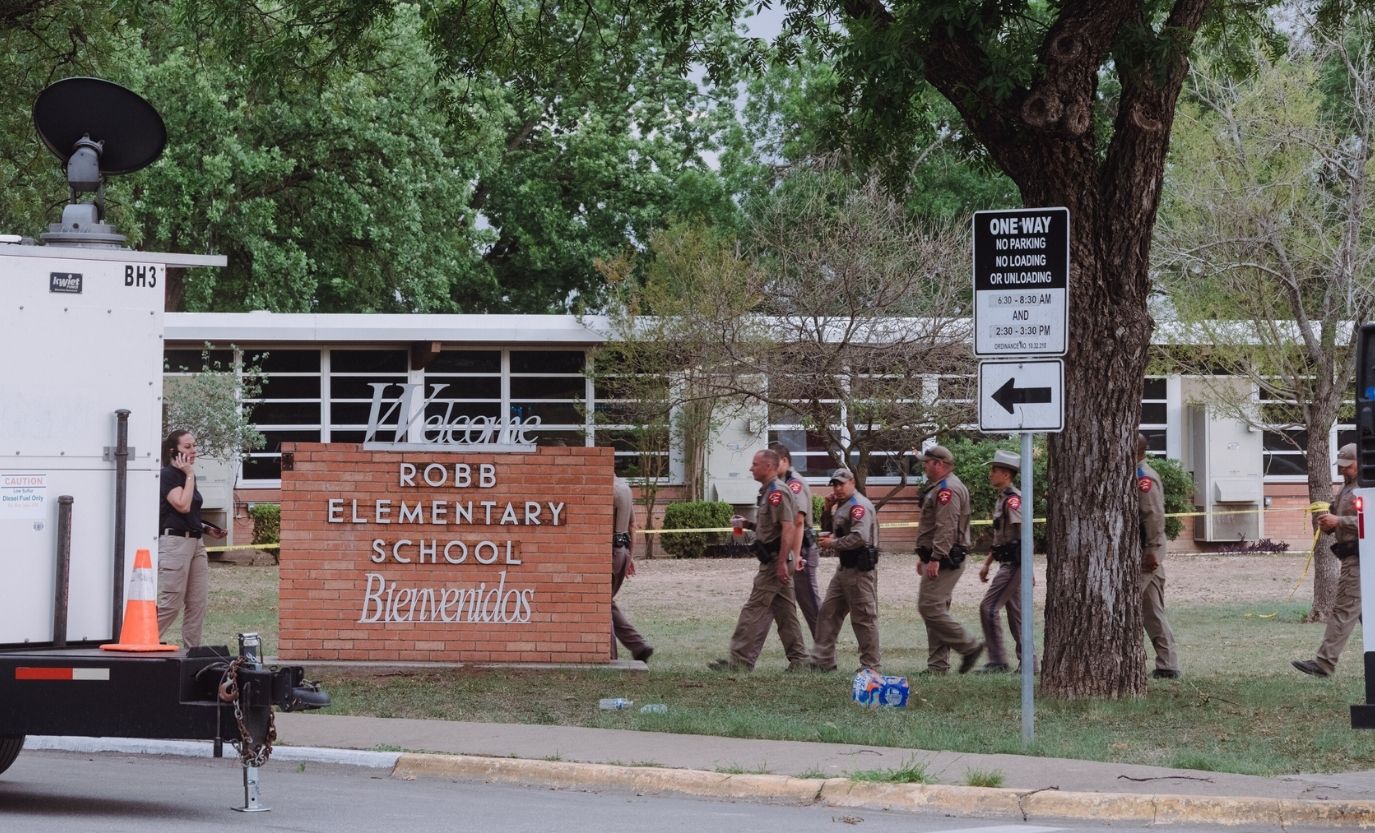 Those are the facts as we know them, none of which answer the questions on all of our hearts: Why? Why does this keep happening? Why are we becoming numb to mass shootings in America? What is being done to stop these abominations from happening again and again?

It’s been my experience that answers to questions like these are never simple. It’s easy for each party to jump on their political bandwagons and take this opportunity to fight for their cause. But it’s a massive oversimplification to suggest that there is one problem at the root of all of this and one solution we should all consider. This is a complex problem, one with roots that have dug deep and spread. We tend to align ourselves with political parties that support our beliefs, and already we are seeing that play out in discussions over a shooting that happened just 24 hours ago, a shooting that should bring mourning, not politics.

What I am hoping is that we will finally sit down, put our political differences aside, and actually work together for a solution. Maybe I’m living in Fantasyland and that will never happen in my lifetime, but I sure am praying for it. I’m asking that instead of immediately jumping to our same old arguments, instead of immediately returning to the same perspective we’ve always had, that we take time to reflect on everything – the why, the how, the who, the when. Let’s try to be honest with ourselves about what is going on in the country we love so much.

Let’s step outside of our political alignment and think about these children, these families, the teachers who entered the profession never imagining that their last moments on earth would be spent shielding other people’s children from gunfire. Let’s ask ourselves tough questions and quit reverting back to our quick answers.

Are we providing mental health services to people of every age group?

Do we have adequate interventions in place for young people who are exhibiting signs of violence or mental instability?

Do we have support in place for caregivers of violent teens and the mentally ill?

Are our current gun laws fair and do they have safeguards in place to help prevent the mentally ill, those who are under-age (primarily responsible for school shootings), and former criminals from purchasing guns?

Have our schools put enough measures in place to keep strangers from entering the building?

Are punishments for perpetrators of these crimes harsh enough, or are the people who commit these crimes even capable of understanding the consequences of their actions?

Why do our leaders keep talking about the need to do something, but never do?

Why does this keep happening and why is it happening more frequently and on a grander scale than ever before?

As Christians, what can we do to help, to make a change, to turn our country in the right direction?

Once again, we have more questions than we do answers. Perhaps if we start with just one, we can start taking steps in the right direction.