Through no fault of my own, I was born a man. It would have been an utter privilege to have been born a woman. As a man I have no power to carry a child, bring her/him forth into the outside world, and engage in the sacred bond that only the mother and child have uniquely between them. Therefore I rely on building my smarts, sculpting my physical strength (as a handyman around the house), and cooking splendid meals for small groups of people and large gatherings as well, all in my bid to try and match the power of a woman. But I still fall short: I am unable to conceive. No one has given me a womb.

It is no secret that good men try to win the approval of women. Good men become doe-eyed whenever the promise of a home to belong to becomes apparent. Some try not to let this intense longing show, because there is always that standard to live up to: that of the unbreakable man, with taut, stern facial features, and perchance a helmet with a miner’s lamp on top.

I am not a pessimist: I do not believe the Hebrew and Greek Scriptures were anthropologically created in the human cultural milieu to prop the human male over the human female. Neither was a patriarchy devised in order to squash the human female, in order to elevate human males who feel insecure and inadequate. The entire sociocultural argument of the Left is actually invalid, no matter the hundreds of billions of dollars that have already been spent to shore it up. 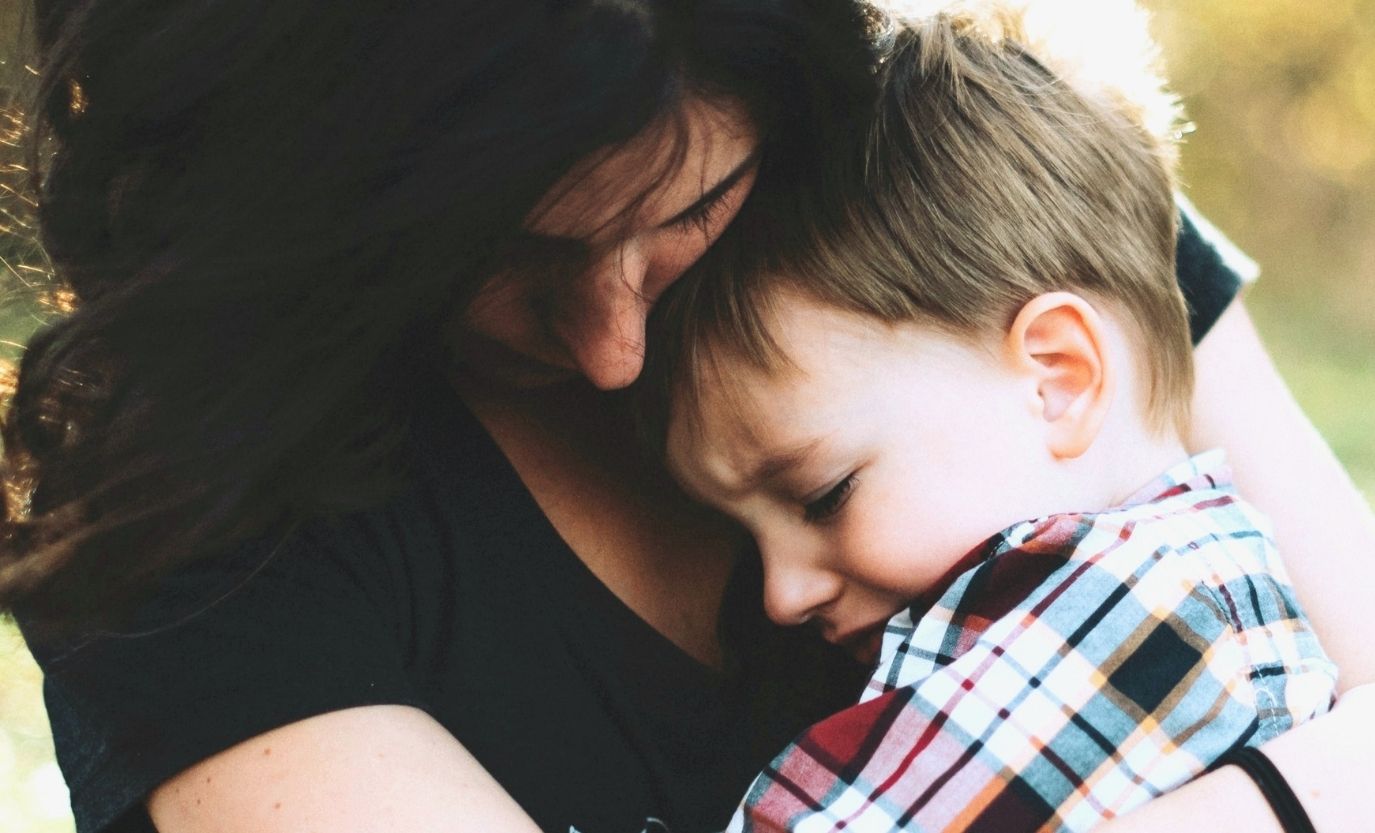 The Exalted Position Of Women

If you’re a Republican and a Christian, part with five dollars (not hundreds of billions), get an affordable Bible, and the expensive lies of the Left collapse upon themselves. Look at Genesis, an extremely old book, and study the New Testament as well. Adam is blamed for the first sin, even when it was Eve (Hava/Chava) who first ate the fruit. Adam is hounded, questioned, and interrogated. Adam answers back and tries to shift the blame. He fails.

In the New Testament, sin is explained as having entered through the first man, to be vanquished thus by the death of the Son of Man (Jesus of Nazareth). Cycle back to Genesis, and you notice Eve is spoken of as queen victor: she shall be instrumental in crushing the serpent underfoot. She is the Ancient Mother of a future Son Who must die. No daughter is consigned in Genesis to die a horrific death on the future Cross. Rather, a human male is tasked with shouldering the blame; and a human male shall have to die for it as well. In the book of Revelation, the righteous church is spoken of as a radiant lady with twelve stars about her head. There is no ‘holy man’ or ‘man with wings’ who towers as a sacred Columbia in Christian symbolism. 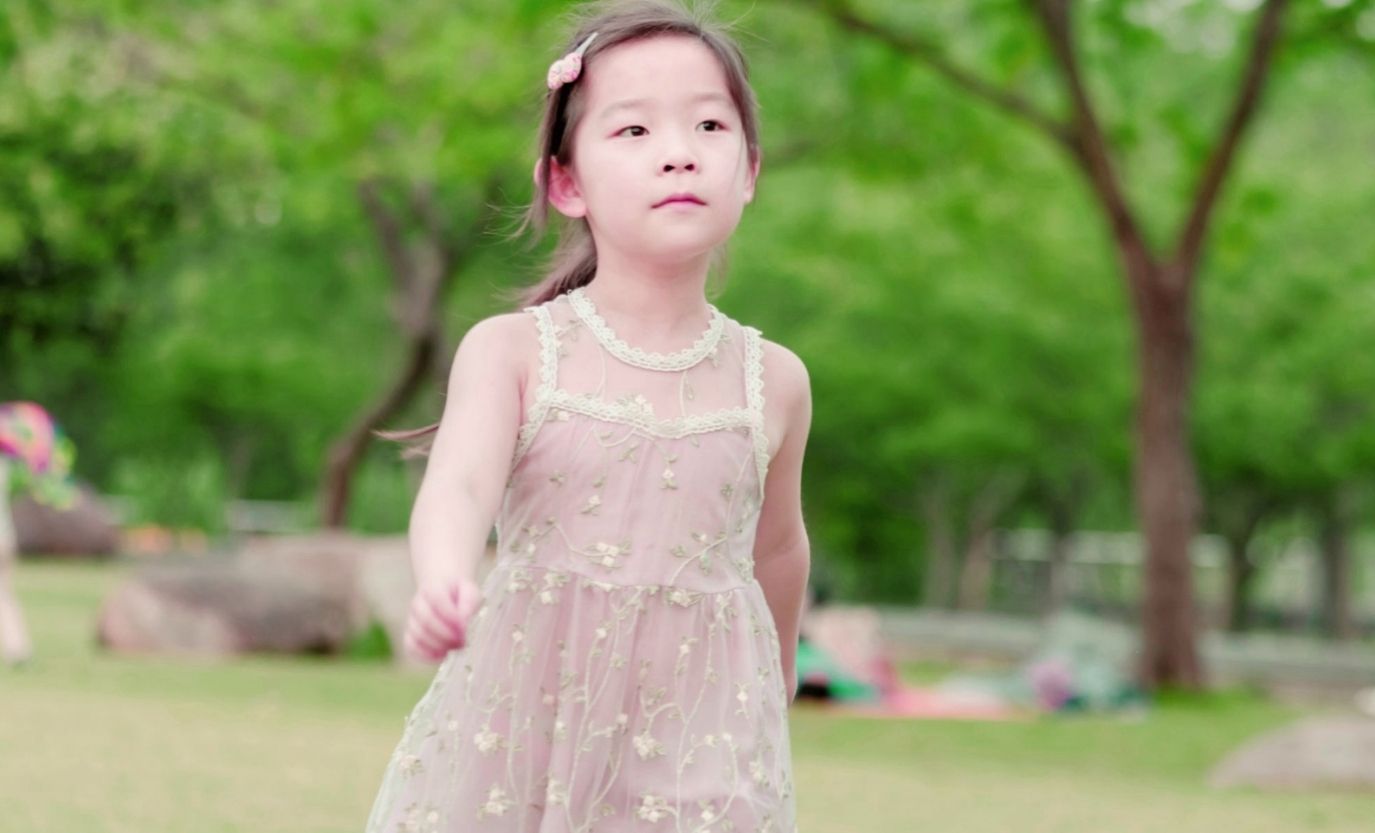 The Left Is Defined By Money

A major state election in Malaysia has come and gone, and vast sections of the Arab Palestine movement were voted out. It was a State Legislature election, and citizens of the state of Johor in Malaysia took part. Muslims and non-Muslims dropped ballots in boxes one day, and Fatah, Hamas, and Islamic Jihad became inconsequential as the night fell. Millions of U.S. dollars were lost, and hundreds of thousands of labor hours. Leftist investors, operatives, and volunteers had worked so diligently, all for nothing.

Arab Palestine had created and financed proxies such as the Pakatan/Harapan, Perikatan, and Pejuang movements, in order to remake Malaysia and move the country away from the United Arab Emirates. The anti-Israel impetus of such work was lucrative in and of itself, and continues to be. Here are a few quick pointers to help you navigate in your home state, your city, and aspects of life around you: 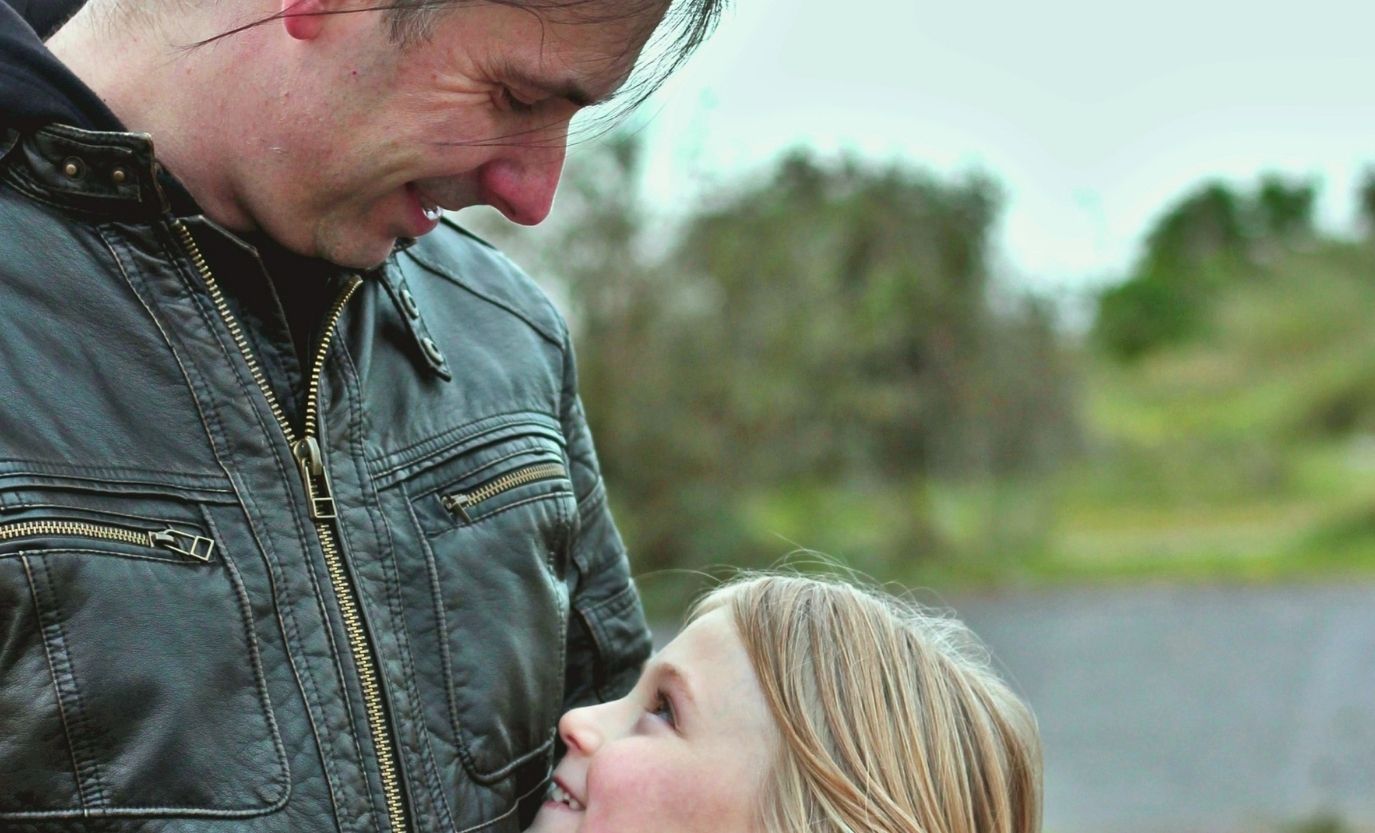 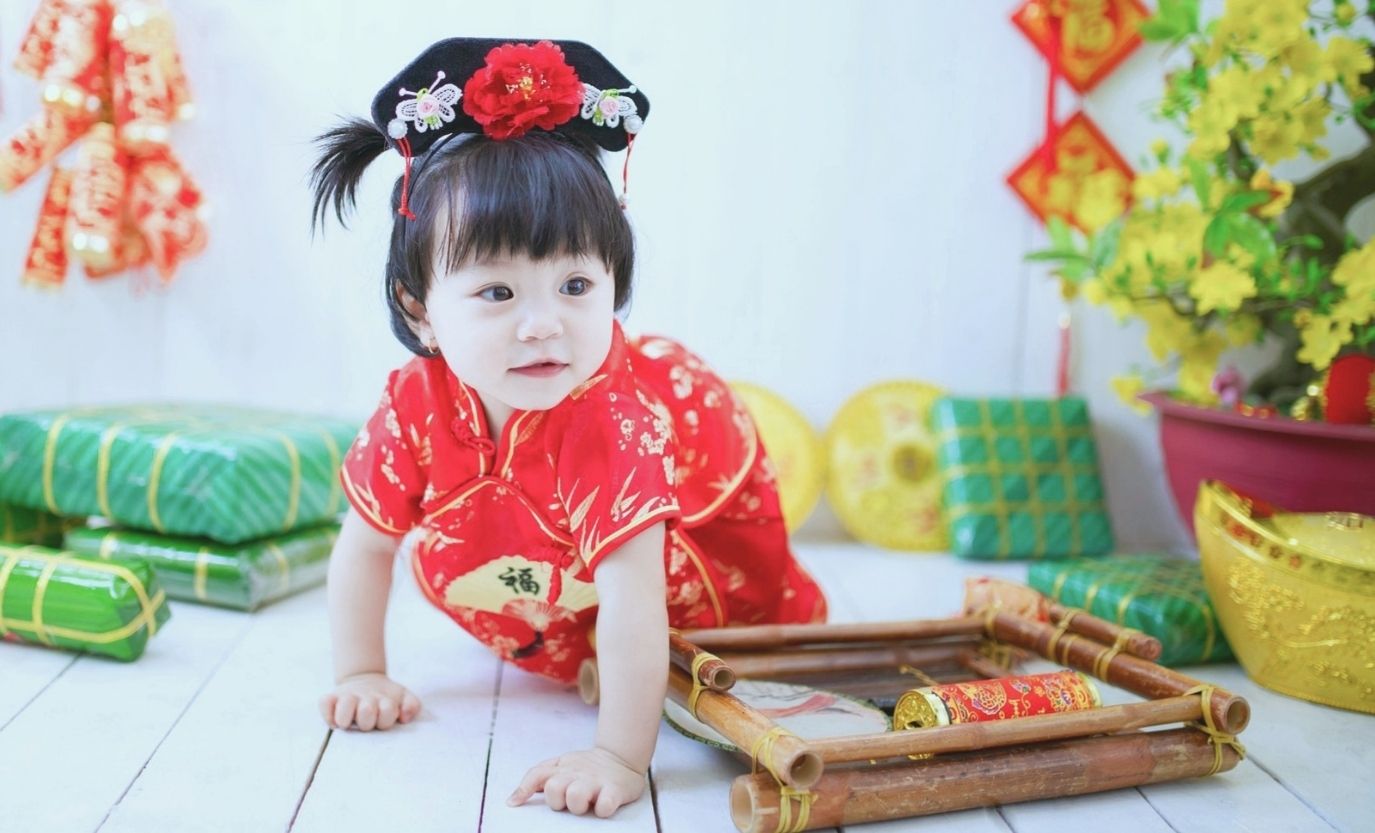 Chinese And Jews Must Unite Against Recreational Abortion

China has disappointed the Palestine Fatah organization in recent years. Radical Arabs are panicking, because Chinese culture hasn’t changed in its fundamentals. “It is a culture that celebrates children,” says an Arab activist, dejectedly. This is a victory of the Chinese people, because abortion is still something that is not celebrated. Despite decades of unelected leftist administration, the millennia-old sensibilities of the Chinese people stand firm: it is not good to kill children.

There are two indelible reasons as to why abortion and infanticide can never regain its revolutionary preeminence in China ever again: 1. the information age has cataloged all of the creative ways the Axis Japanese aborted Chinese babies (whom the Japanese naturally regarded as racially inferior). From a bayonet into the belly to ‘haul and fish the baby out’, to a Japanese sword up the birth canal, Chinese women and children were tortured into the most horrific deaths; 2. the native Chinese have become demographically distorted by communist policies on childbearing, and there are today too few Chinese girls and a surplus of Chinese boys.

As co-victims in the Second World War, the Jewish people must recollect these lessons of what children mean. Foes of the Jewish race wanted Jewish babies dead. In biblical times various enemies hoped the Jews would not conceive, created situations to stop Jews from reproducing, and asked Jews to murder their own children. Egyptians and other political forces went on hunting sprees to kill off Jewish children.

The Axis Germans conducted eugenics, barred Jewish women from German husbands, and instituted antimiscegenation laws to ensure the Jewish womb would not conceive Caucasian Jewish offspring. (Jewish law regards mixed-race children born of a Jewish mother as Jewish, and mixed-race children born of a Jewish father as potentially Jewish if the child accepts conversion later in age.) The Germans specifically targeted Jewish mothers, and aborted their pregnancies, killed their newborns, or shot kids en masse––evidently the Japanese and German uniformed forces operated in like manner, and were suitable allies of each other. Likely underestimates put the number of Jewish kids exterminated at 1.5 million, part of the six million or more massacred for their Jewishness.

At other times throughout the centuries, libelous antisemitism was rife, and characterized the Jews as folk who killed children for blood rituals.

Therefore it becomes beneficial to the Palestine movement for Jewish people to destroy and discredit themselves with the institutional abortion of Jewish, partly Jewish, and other babies, coupled with what a Jewish support for lifestyle-based abortion can do for the advancement of claims that the Jews kill babies in bloodlust. The Palestine movement operates through the apparatus of the Democrats in America for this very convenience of dealing an irreparable blow to the reputation of the Jewish race. 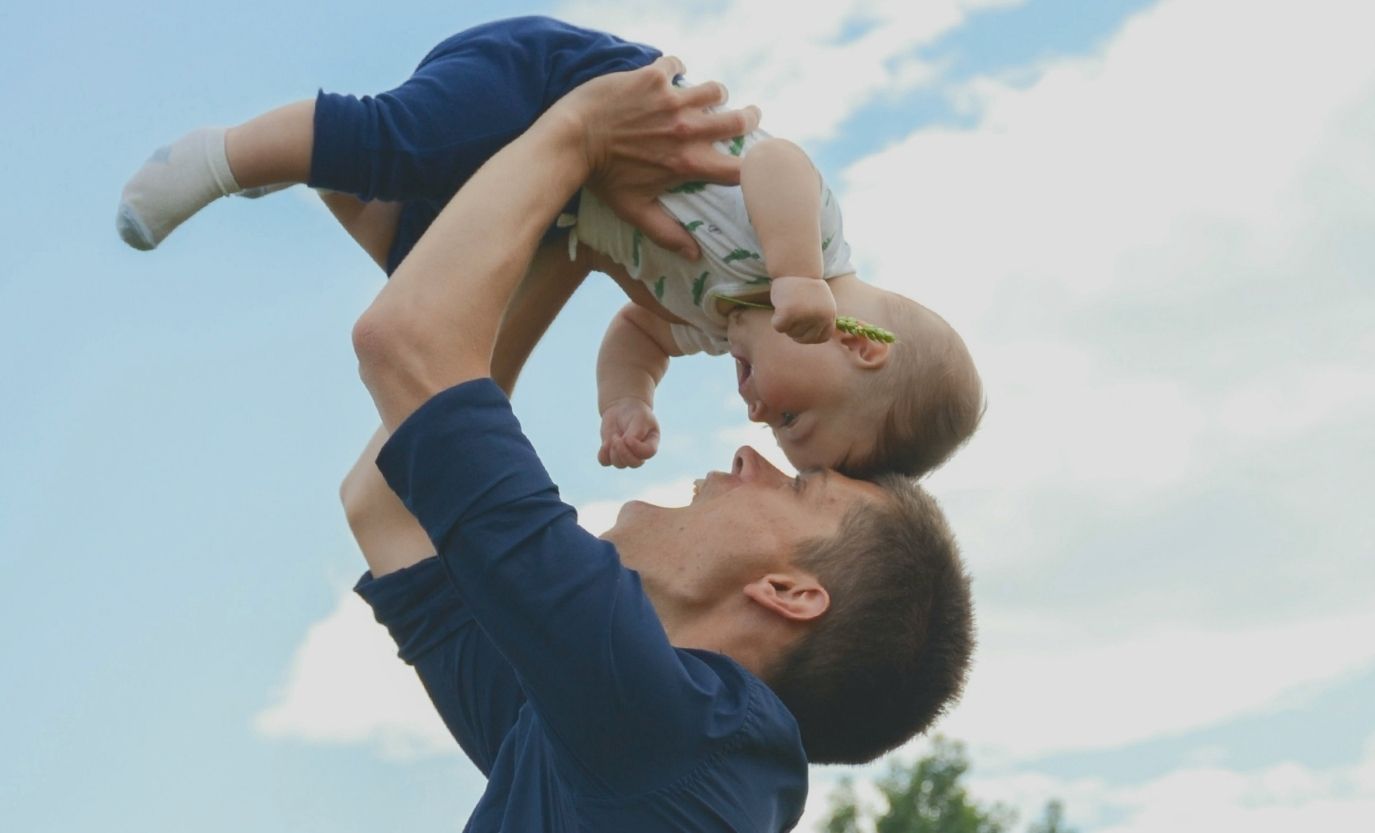 The Spending Power Of The Abortion Cartel

Planned Parenthood as a branded concept does not task itself with preparing you for parenthood, and they do not spend money to help you plan for your child’s health and your child’s arrival. Rather, the Planned Parenthood movement teaches both women and men that a good, healthy child can rightly be aborted like a shuttle mission. (The difference being an aborted shuttle mission attempts to bring astronauts home safely, while a pregnancy sent off to abortion hopes to never give the child a home.)

Abortion has evolved into an institution, not an emergency procedure. There is nothing centrally scientific about abortion as a culture, and the profitable aspects of it define its viable elevation as an industry. There is automatic political power in the financial strength the International Planned Parenthood Federation and its affiliates achieve with a billion dollars in collections here, and a billion dollars in collections there. The spending power of the abortion cartel drives the political agenda of the day, chiefly Democratic and Libertarian in nature, in the United States, and dressed up in proxy labels elsewhere around the world.

Abortion, like slavery, are devilish institutions with the same tributary factors and the same considerations. Just because slavery adds profits for plantations, and abortion adds fun-filled single years to a woman’s and man’s lives do not make these institutions correct in any moral way. The inhumane, despicable, and horrible actions that created slaves and raped women do not warrant the outlawing of agriculture and the murder of babies as proper solutions. In addition, rape culture is often deployed as a catchall meant to legitimize recreational abortion, and this is a dishonest move that has incentivized many operatives toward depicting some cities, neighborhoods, or campuses as having rape cultures, even if untrue, so as to delegitimize a certain school, a certain mayor, or a local political party. Indeed, leftists have tried to portray the Caucasian race itself as a chief homeground for toxic rape culture. There is a racial dimensionality to the deceitful actions of many a leftist.

Slavemasters and rapists are of the same ilk: insidious tyrants who acted for personal gain. The slavemaster must be dealt with punitively with the very lashes of his whip, and thrown into captivity; and a global legal precedence exists today in eastern Asia: the rapist is incarcerated for many years, whipped by prison police periodically and a great many times, and with specifications on the intensity of whipping and the instrument for use, and prohibited from rejoining regular society. The prison experience for perpetrators of rape in America ought to undergo a redesign that incorporates all these features.

Finding Hope and Life before Death

Trying to Save Those Who Fight Us