On Saturday, October 2, I had to go to the hospital emergency room. The prior Tuesday I had an unusual leg spasm from my left thigh to my groin area. I’ve had pulled muscles from sports off and on and thought it was from exercise or just sitting weird in my recliner.

By later Wednesday I noticed an occasional cough that felt strange. On Thursday I called my family doctor’s office and reported I was coughing occasionally and didn’t feel right. I was told by the receptionist, “We aren’t seeing sick people and the doctor thinks you should have a Covid test.” I went for the test, which came back negative.

On Friday evening my wife and I took a casual walk around the block of our neighborhood, and I was breathing heavy from a simple walk. I knew there was something going on. I checked my heart rate, and it was 85 beats per minute. Typically, it’s between 60 and 65 bpm when resting. Thirty minutes later I checked it again and the resting rate was 95.

I spent Friday evening checking my blood pressure and heart rate. The blood pressure was averaging about 150 over 100 which is really high for me, and my heart rate was staying between 85 to 95 bpm.

By Saturday morning, I had to go to the emergency room knowing I was in trouble. After a CT scan and ultrasound imaging, I was diagnosed with a massive blood clot in my left lung also known as a Pulmonary Embolism. Three doctors worked with me from 6 AM until 6 PM to save my life. They told me if I had waited one more day my story would be very different. I spent the day in the emergency room and the rest of the weekend in Intensive Care, forbidden to get out of bed. After a heavy dose of Heparin blood thinner and a bottle of daily medication to consume, I was released from the hospital to slowly resume life.

There are reports that upward of 180,000 people in the United States die every year from Pulmonary Embolisms. This is more people than the number of people dying from breast cancer, car wrecks and HIV combined.

Being in the emergency room wondering if I was going to live was scary to say the least. I worried about my wife and children. I knew they would have to make funeral arrangements, and this made me feel bad for them.

My new theme is a recommitment to keeping the feet moving. It’s an easy thing to do. While traveling flex the feet. Stretch the legs. Put them up whenever possible. Raise the knees up and down. Look for every possible opportunity to walk. When driving now it’s a brief stop every hour for a five-minute stretch or walk. It slows the trip down, but I’d rather show up eventually than not at all.

I’m writing this because I want you to be aware of your body. Invest in a blood pressure cuff and a finger oxygen/heart rate monitor. Know what your typical numbers are so that you know when your numbers aren’t right and you need to seek medical attention.

Unfortunately, I know people who are no longer in this world because of a Pulmonary Embolism. They sneak up on us. The beginning signs of pain or swelling in your leg are often ignored by most people – including me. However, things can change quickly, and this is why if this happens you must go to the nearest hospital emergency room to be checked out. It could save your life. Very fortunately, it did for me. One more day of waiting and it would have been too late. Don’t ignore the warning signs.

Only Apathy and Complacency can Keep Republicans from Winning in 2022 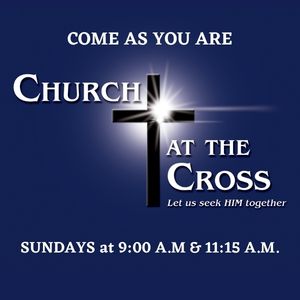