America is being used to fight Israel. Antisemites want you to hate Jews, and for you to believe this: that the Jewish people do not deserve Jewish sovereignty. When it comes to messaging, ‘what better way than to use American enterprise and Malaysian money, to do it,’ the radical Arab operative knows.

Malaysia is a huge factor in American futures. It has a powerful military beefed to the max with American and Russian equipment. It is familiar with international English and American culture, and possesses a Senate and House of Representatives, and five-yearly elections. It has an Islamic King and eight other Islamic rulers, and the King can dissolve Parliament for any arbitrary reason and authorize war thereafter. Australia is the first American friend in the crosshairs of any Malaysian threat.

If the Islamic King feels for Israel, and wants to befriend the Jewish people, he can disband an antisemitic Cabinet and dissolve Parliament. That is perhaps the only good and righteous use for an executive King. On the other hand, he could just as easily exercise his power to destroy a pro-Israel prime minister, and scuttle any pro-Jewish executive cabinet. What will the King do at this time, with a dozen Muslim governments having already recognized the State of Israel—that is a question of Malaysian destiny, if it is to be for truth and sanity, or persistent racism against the Jewish nation. 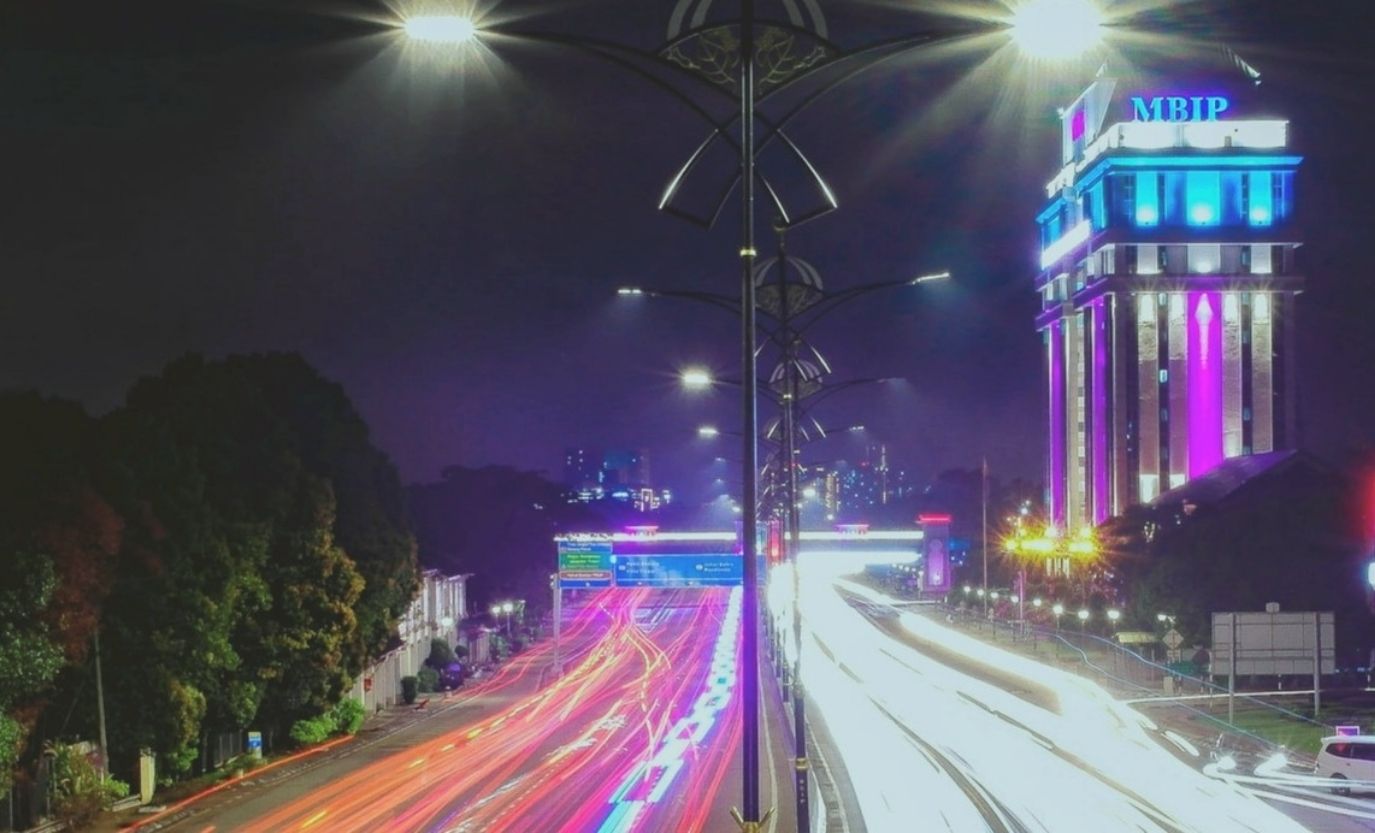 This needs money. Fatah injects money into setting up businesses, and subsidizes the creation and release of antisemitic literature. Authors are paid handsomely. Material is given a global seal of approval, by involving major American corporations in those communication businesses, which subsidizes the media activities even more. In addition to print and online, Fatah invests in extremely popular political organizations, chiefly Pakatan Harapan (with direct links to the American Democratic Party), to ensure messages gain a sociopolitical impact.

It’s all about size and impact. The largest chain of provision stores in Malaysia stocks impulse purchase reading material supplied by the nation’s biggest publisher of Western entertainment. In Malaysia if you buy a Warner Bros. licensed coloring book, to get child and self a chance to color in Wonder Woman or the cast of Scooby-Doo, the same Malaysian publishing house uses your money to create and print masterful volumes such as ‘Unmasking The Jewish Agenda,’ ‘A Collection of Islamic Prayers,’ and ‘Finding Truth In Islam,’ et cetera and sells them side by side with Scooby. The parent and kid each get something at checkout, you see. Win-win. 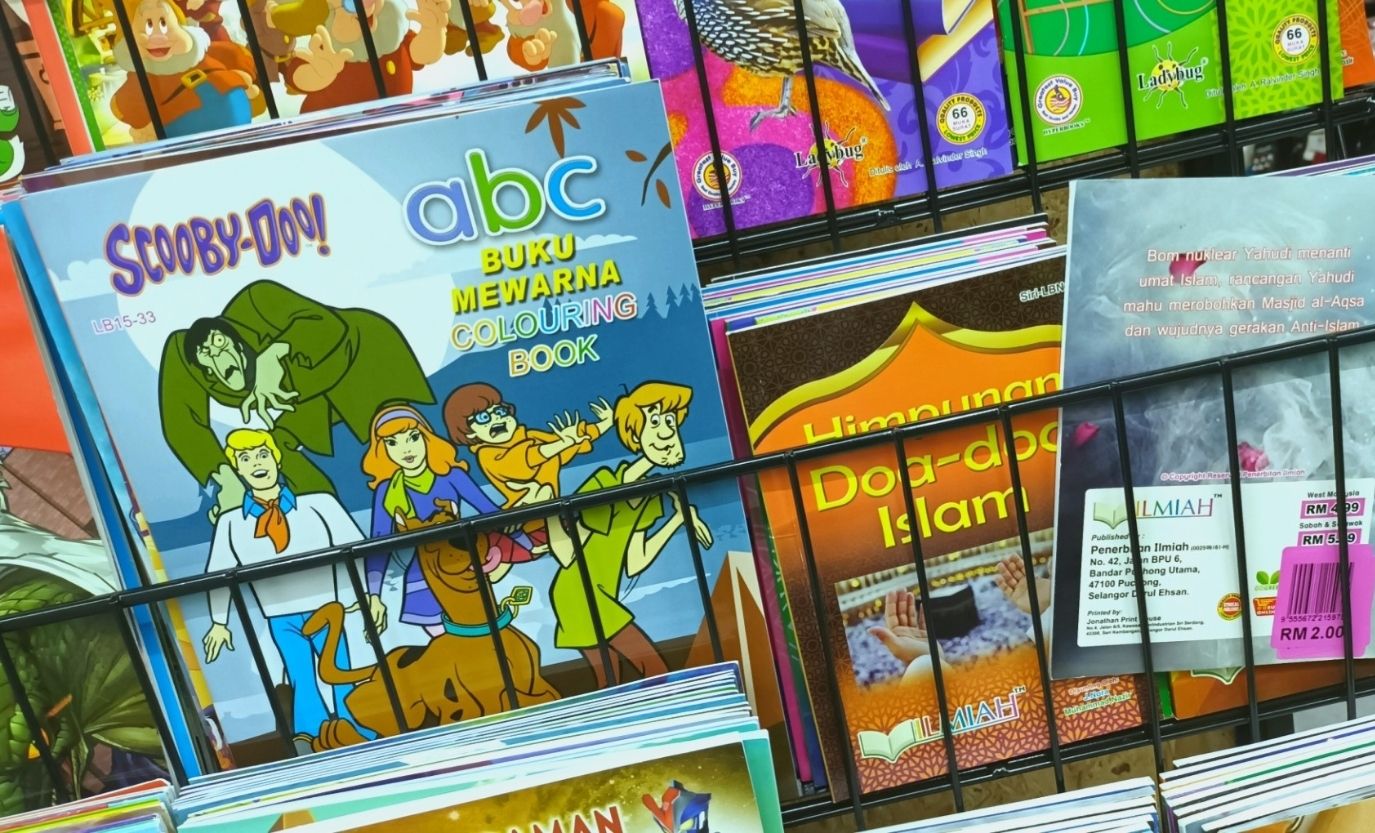 In Malaysia if you buy a Warner Bros. licensed coloring book, the same Malaysian publishing house uses your money to create and print antisemitic books of the same consumer quality, perfect for the third-grader and older teenage readers as well.

The Ladybug/Ilmiah repertoire is Fatah’s anchor in Malaysian life in the villages and big cities. They include Malay kitchen recipes, hadith retellings, Seven Dwarfs, evil Jewish tree-planting, Power Rangers, and the nefarious characteristics of the Jewish star! The antisemitic books are as equally beautiful as the Disney and Paramount licensed material, and technically the children’s products do not sell as well as the ‘factoid’ ones.

The reason sales are good is to be found in blurbs such as this one on the back of ‘Finding Truth In Islam,’ a popular favorite among young Malays. It reads, “The Jews will drop a nuclear bomb on the global Islamic community, for the Jewish agenda wants to seize the al-Aqsa Mosque and foster an anti-Islamic movement.” This, by the publisher of DC Comics characters in Malaysia. 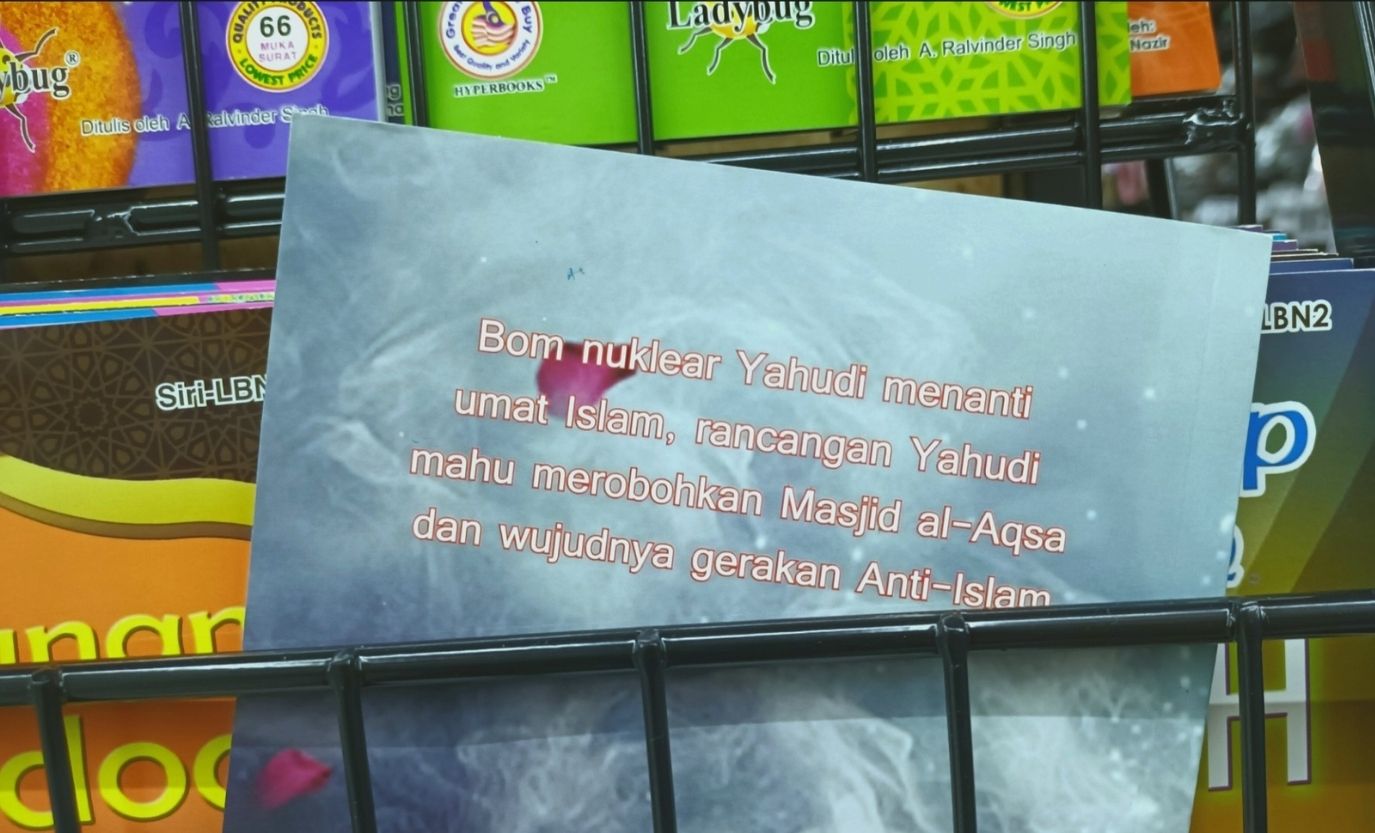 Fatah, also known as the State of Palestine (which is a lie, because Palestine was a province), gives you and 440 million Malay Indonesian language users yet another lie: that “the Jews will drop a nuclear bomb on the global Islamic community, for the Jewish agenda wants to seize the al-Aqsa Mosque and foster an anti-Islamic movement.” This book sells like cotton candy at a fair.

Antisemitism Is Professional, Palestine Is New, America Is Roped In

Pakatan politician Dr. Mahathir Mohamad, who joined Fatah in 2014, came to the United States upon winning the 2018 Malaysian legislative elections and prime ministerial race, and spoke with huge fanfare at a major American university in the eastern states. His rhetoric was simple: it is perfectly and intellectually legitimate to be an antisemite. Celebrations erupted following his American visit, all over the world.

Fatah is a Muslim modernist network, where Arabs and Malays are free to express themselves in dress, speech, and music. For this reason it is stronger and wealthier than Hamas. Most young people who are Arab, Turk, Malay, or Bosnian, and wish to fit into the global landscape would choose Fatah instead of Hamas. ‘It is the more professional way to delete Israel and ensure a pure Arab government for all of Palestine,’ a Fatah member explains.

The new, avant-garde nature of Palestine coincides deliberately with the postmodernist agenda of the Fatah organization, which is heavily sponsored by United Nations efforts and wealthy left-wing governments in Europe and the Americas. Your civilian money is going toward helping Israel disappear. Hitler, the national socialist, would have been pleased to have lived to see this. 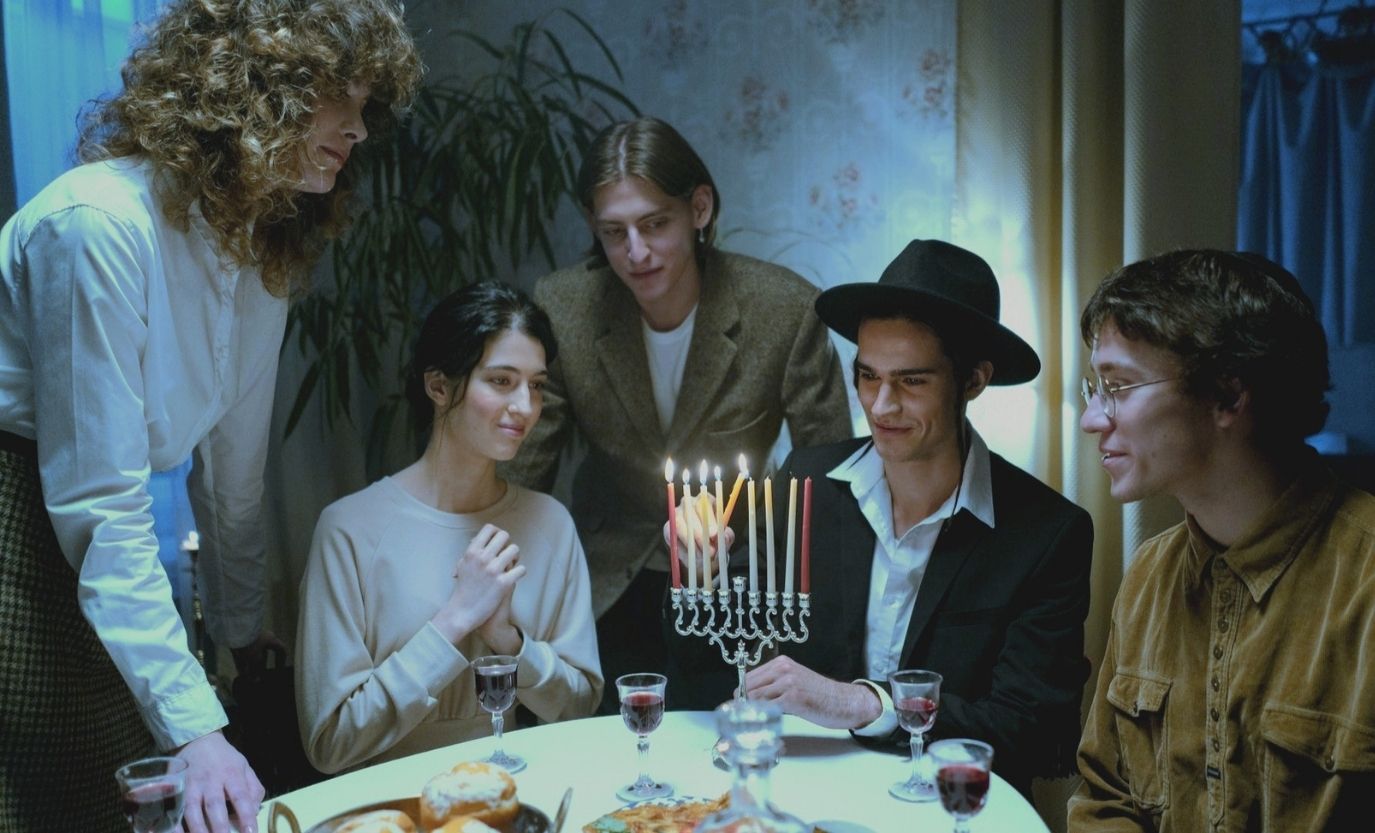 Jews are hated by Malaysian antisemites, when none of them have actually ever met a Jew. Rather, most Malaysians have only ever seen caricatured descriptions that depict Jews as devious, hook-nosed rascals; or worse, Malaysians have met actual rascals who deliberately fake a Jewish identity so as to link bad behavior with Jewishness. Sadly, these Jewish folk here lighting the hanukkiah are a truth and a people unknown in the Malaysian civic consciousness.

You Have Most Probably Never Met A Jew

What nonsense, when we hear of Jewish money, and Jewish control. All the strings being pulled, all the manipulation boldly undertaken, point to Arab money, and Arab control! Radical Arabs and the Iranian Government, and Democrat personalities such as Rashida Tlaib—these aren’t Jewish folks. These are stark evidences, clear as crystal and surer than steel, of Islamic control, no matter how much or how little Islam is being daily practised by those perps.

Using Scooby-Doo or American colleges as a tripod to elevate the radical Arab Palestine agenda is nothing short of creative. It has required daring, taqiya-style deceit, and a willingness to cheat tens of millions of innocent Malaysians by telling them Palestine is global, Israel does not exist, and the Jews are the very definition of evil.

But Malaysian antisemites have never met a Jew before in their lives. They have chosen to hate the Yahudi (the Jew)—someone they literally haven’t met. To try and change that, 13,700 Caucasians, Hispanics, and Arabs are recruited by dark net and conventional interfacing, and deployed worldwide by Fatah as pretend-Jews. But this still means you don’t get a good chance of actually meeting a Jew. Such is the tragedy of the Malaysian situation. Ordinary civilians are being cheated into hating Israel, without ever having met a Jew; or worse, they meet a vicious pretend-Jew, whose intent is to behave badly and soil the name of the Jews. That pretty much seals the deal. Each and every Malaysian who believes Jews are evil because she or he has ‘met a Jew’—that wasn’t a Jew.

HELP!!! My Dog Doesn’t Listen to Me

To be grateful, you must be intentional