Kitty Werthmann survived Hitler. As Solomon said, “There’s nothing new under the sun.”

This is her story:

If you remember the plot of the Sound of Music, the Von Trapp family escaped over the Alps rather than submit to the Nazis. I wasn’t so lucky. My family chose to stay in my native Austria. I was 10 years old, but bright and aware. And I was watching.

We elected Hitler by a landslide – 98 percent of the vote. Everyone thinks that Hitler just rolled in with his tanks and took Austria by force. Not so.

In 1938, Austria was in deep Depression. Nearly one-third of our workforce was unemployed. We had 25 percent inflation and 25 percent bank loan interest rates. Farmers and businesspeople were declaring bankruptcy daily. Young people were going from house to house begging for food. Not that they didn’t want to work; there simply weren’t any jobs.

My mother was a Christian woman and believed in helping people in need. Every day we cooked a big kettle of soup and baked bread to feed those poor, hungry people –about 30 daily.

We looked to our neighbor to the north, Germany, where Hitler had been in power since 1933. We had been told that they didn’t have unemployment or crime, and they had a high standard of living.

Nothing was ever said about persecution of any group – Jewish or otherwise. We were led to believe that everyone in Germany was happy. We wanted the same way of life in Austria. We were promised that a vote for Hitler would mean the end of unemployment and help for the family. Hitler also said that businesses would be assisted, and farmers would get their farms back.

When Hitler was overwhelmingly voted in, we were overjoyed, and for three days we danced in the streets and had candlelight parades. The new government opened big field kitchens and everyone was fed.

After the election, German officials were appointed, and like a miracle, we suddenly had law and order. Three or four weeks later, everyone was employed. The government made sure that a lot of work was created through the Public Work Service.

Hitler decided we should have equal rights for women. Before this, it was a custom that married Austrian women did not work outside the home. An able-bodied husband would be looked down on if he couldn’t support his family. Many women in the teaching profession were elated that they could retain the jobs they previously had been required to give up for marriage. 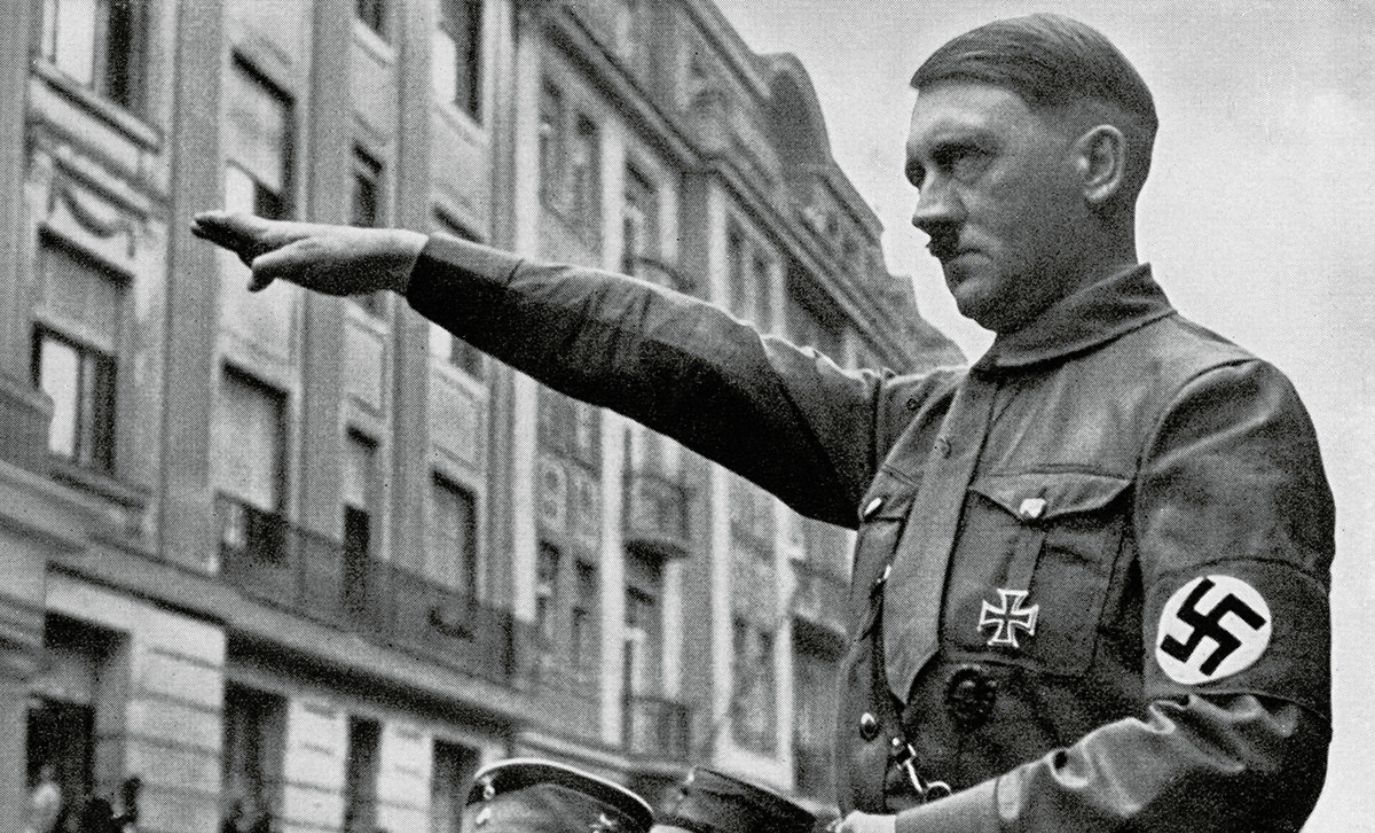 Then we lost religious education for kids.

Our education was nationalized. I attended a very good public school. The population was predominantly Catholic, so we had religion in our schools. The day we elected Hitler, I walked into my schoolroom to find the crucifix replaced by Hitler’s picture hanging next to a Nazi flag. Our teacher, a devout woman, told the class we wouldn’t pray or have religion anymore. Instead, we sang ‘Deutschland, Deutschland, Uber Alles’ and had physical education.

Sunday church was replaced with National Youth Day, with compulsory attendance. Parents were not pleased about the sudden change in curriculum. They were told that if they did not send us, they would receive a stiff letter of warning the first time. The second time they would be fined the equivalent of $300, and the third time they would be subject to jail.

The first two hours of National Youth Day consisted of political indoctrination. The rest of the day we had sports. As time went along, we loved it. Oh, we had so much fun and got our sports equipment free. We would go home and gleefully tell our parents about the wonderful time we had.

But my mother was very unhappy with the change. When the next term started, she took me out of public school and put me in a convent. I was upset and she told me that when I grew up, I would be grateful. There was a very good curriculum, but hardly any fun – no sports, and no political indoctrination.

On holidays, I went home and saw my friends. Their loose lifestyle was very alarming to me. They lived without religion. By that time, unwed mothers were glorified for having a baby for Hitler. It seemed strange to me that our society changed so suddenly. As time went along, I realized what a great deed my mother did so that I wasn’t exposed to that kind of humanistic philosophy.

In 1939, the war started and a food bank was established. All food was rationed and could only be purchased using food stamps. At the same time, a full-employment law was passed which meant if you didn’t work, you didn’t get a ration card, and if you didn’t have a card, you starved to death. Women who stayed home to raise their families didn’t have any marketable skills and often had to take jobs more suited for men.

Soon after, the draft was implemented. It was compulsory for young people, male and female, to give one year to the labor corps. During the day, the girls worked on the farms, and at night they returned to their barracks for military training just like the boys. They were trained to be anti-aircraft gunners and participated in the signal corps. After the labor corps, they were not discharged but were used in the front lines. As a result, most of these women became emotional cripples because they just were not equipped to handle the horrors of combat.

When the mothers had to go out into the workforce, the government immediately established childcare centers. You could take your children ages four weeks old to school age and leave them there around-the-clock, seven days a week, under the total care of the government. This means the state raised a whole generation of children. There were no motherly women to take care of the children, just people highly trained in child psychology.

By this time, no one talked about equal rights. We knew we had been had. 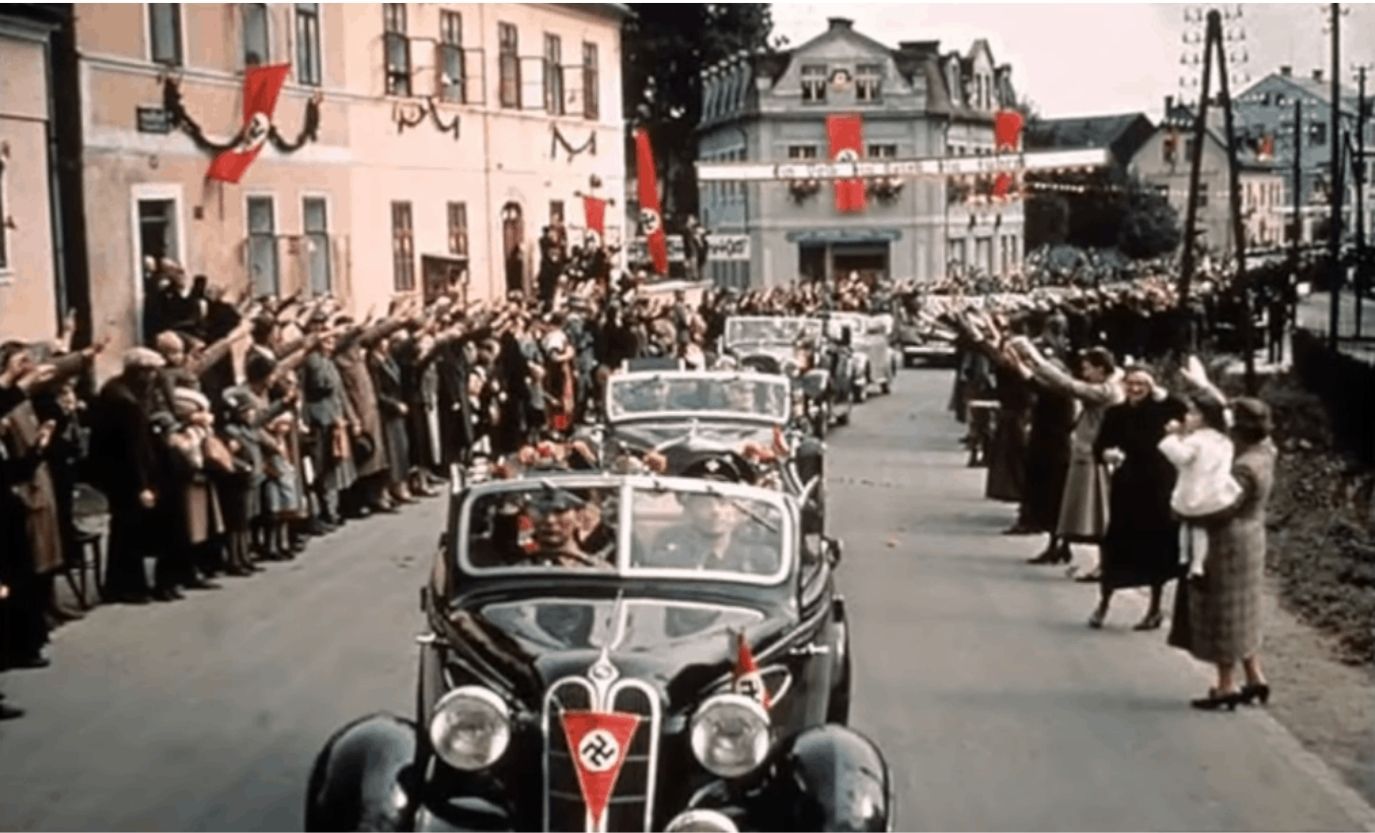 Before Hitler, we had very good medical care. Many American doctors trained at the University of Vienna. After Hitler, health care was socialized, free for everyone. Doctors were salaried by the government. Since it was free, people went to the doctors for everything. When the good doctor arrived at his office at 8 a.m., 40 people were already waiting and, at the same time, the hospitals were full.

If you needed elective surgery, you had to wait a year or two for your turn. There was no money for research, as it was poured into socialized medicine. Research at the medical schools literally stopped, so the best doctors left Austria and emigrated to other countries. As for healthcare, our tax rates went up to 80 percent of our income.

We also had an agency designed to monitor business. My brother-in-law owned a restaurant that had square tables. Government officials told him he had to replace them with round tables because people might bump themselves on the corners. Then they said he had to have additional bathroom facilities. It was just a small dairy business with a snack bar. He couldn’t meet all the demands.

Soon, he went out of business. If the government owned the large businesses and not many small ones existed, it could be in control.

We had consumer protection, too. We were told how to shop and what to buy. Free enterprise was essentially abolished. We had a planning agency specially designed for farmers. The agents would go to the farms, count the livestock, and then tell the farmers what to produce and how to produce it.

In 1944, I was a student teacher in a small village in the Alps. The villagers were surrounded by mountain passes which, in the winter, were closed off with snow, causing people to be isolated. So people intermarried and offspring were sometimes mentally challenged.

When I arrived, I was told there were 15 mentally challenged adults, but they were all useful and did good manual work. I knew one, named Vincent, very well. He was a janitor at the school. One day I looked out the window and saw Vincent and others getting into a van. I asked my superior where they were going. She said to an institution where the State Health Department would teach them a trade, and to read and write. The families were required to sign papers with a little clause that they could not visit for 6 months. They were told visits would interfere with the program and might cause homesickness.

As time passed, letters from the State Health Department started to dribble back saying these people died a natural, merciful death. The villagers were not fooled. We suspected what was happening. Those people left in excellent physical health and all died within 6 months. We called this euthanasia.

Then they took our guns.

People were getting injured by guns. Hitler said that the real way to catch criminals was by matching serial numbers on guns. Most citizens were law abiding and dutifully marched to the police station to register their firearms. Not long afterwards, the police said that it was best for everyone to turn in their guns. The authorities already knew who had them, so it was futile not to comply voluntarily.

No more freedom of speech. Anyone who said something against the government was taken away. We knew many people who were arrested, not only Jews, but also priests and ministers who spoke up.

Totalitarianism didn’t come quickly; it took 5 years from 1938 until 1943, to realize full dictatorship in Austria. Had it happened overnight, my countrymen would have fought to the last breath. Instead, we had creeping gradualism. Now, our only weapons were broom handles. The whole idea sounds almost unbelievable that the state, little by little, eroded our freedom.

This is my eye-witness account. It’s true. Those of us who sailed past the Statue of Liberty came to a country of unbelievable freedom and opportunity.

America is truly the greatest country in the world. Don’t let freedom slip away.

After America, there is no place to go.