Opening with prayer, the Pledge of Allegiance, and the singing of the National Anthem, an estimated 500 people filled the front of the U.S. Capitol for the “Justice J6” rally in Washington DC.

“Say their names – Ashley Babbit and Roseanne Boylan’s,” said Director of Citizens Against Political Persecution Cara Castronuova. Castronuova is troubled that 595 people who participated in the peaceful demonstration on January 6th have been arrested so far with charges and fines brought.

Most people are unaware that individuals are regularly arrested in the Capitol for violent sit-ins, for occupying offices – always, without exception let go with a fine at worst. They are usually simply escorted out, providing the foundation for the rally – the shocking dual justice system, a clear case of third world dictatorship and political persecution, with many still in prison nine months later.

Director of Look Ahead America Matt Braynard, former campaign staffer for Former President Donald J. Trump, led the rally, and Congressional Candidates Joe Kent of Washington and Mike Collins of Georgia, spoke of the importance of the First Amendment. 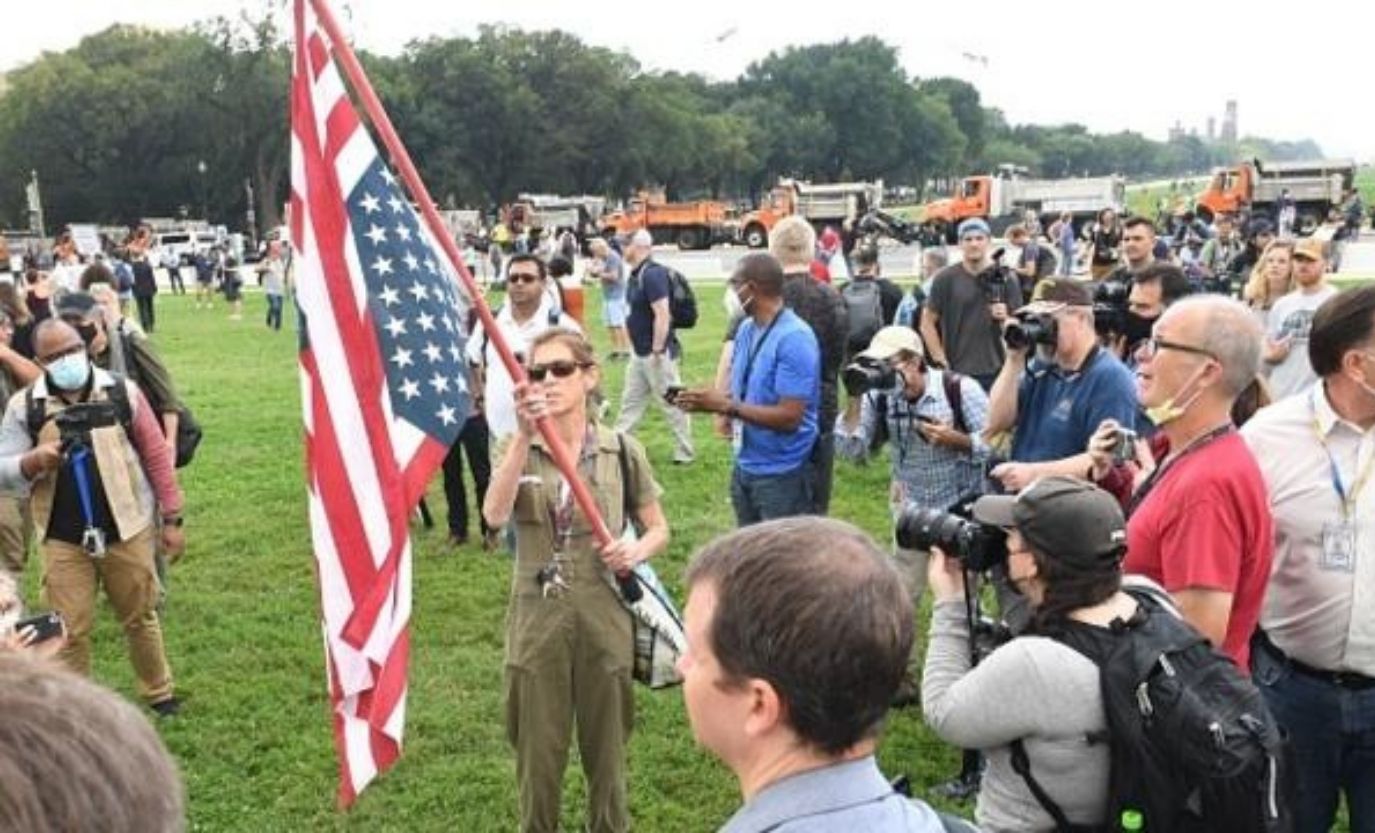 The rally wound down with videos shown on the big screen which showed numerous events where individuals overwhelmed the Capitol, occupied congressional offices, and violently attacked police in the Capitol, including Sandy Ocasio Cortez, illustrating the key reason for the rally – the two-tiered justice system where decades of often violent events in the Capitol routinely end with a simple fine, whereas of the 595 arrested, many have been jailed in solitary confinement with reports of beatings and extreme treatment in the Washington DC jail in particular, with a recent report of one individual nearly beaten to death, losing the use of one eye after having been cursed and beaten.

Braynard said, “This is America – it is supposed to be equal justice under the law. If we don’t stand up there will never be a chance to stand up,” urging supporters to join the upcoming nationwide rallies demanding immediate freedom for the peaceful participants of the January 6 rally, many going on their ninth month in prison.

Bestselling author of “God and Cancel Culture” Stephen Strang says, “The right of religious freedom is enshrined in the First Amendment before the other freedoms, including freedom of the press (which is also highly value.} That’s because God is the giver of our rights, and religious freedom is the foundation for all other rights”, echoing scripture in Isaiah 1:17, “Learn to do good; seek justice, correct oppression; bring justice to the fatherless, plead the widow’s cause.’”

Believers are being asked to support the cause in prayer and contact their representatives demanding the immediate release at Americans being jailed for their participation in the protest.

Kitty Werthmann Survived Hitler. This is Her Story

Freedom in Your Identity in Christ