Greene is President and CEO of the Houston Food Bank, the largest Feeding America food bank in the nation and 2015 Food Bank of the Year. In fiscal year 2019 the Food Bank distributed 104 million nutritious meals through its network of 1,500 community partners, including food pantries, soup kitchens, social service providers, and schools in southeast Texas.

Since taking the top post at the Houston Food Bank (HFB) in 2005, Greene has led the organization to unprecedented growth. In August 2011, the Food Bank moved into its current home, a 308,000 square foot warehouse and office facility, purchased and renovated following completion of a $55.6 million capital campaign. The new building is four times larger than the previous and allows for more food distribution and more space for volunteers. In fall 2008, the End Hunger Network, a Houston-area food rescue organization, merged with Houston Food Bank. Through Greene’s leadership, HFB programs have expanded to feed more children and tap into additional sources for food donations. In early 2016, a second capital campaign was approved for $2.6 million to build a new home for the Keegan Kitchen inside the Houston Food Bank headquarters. 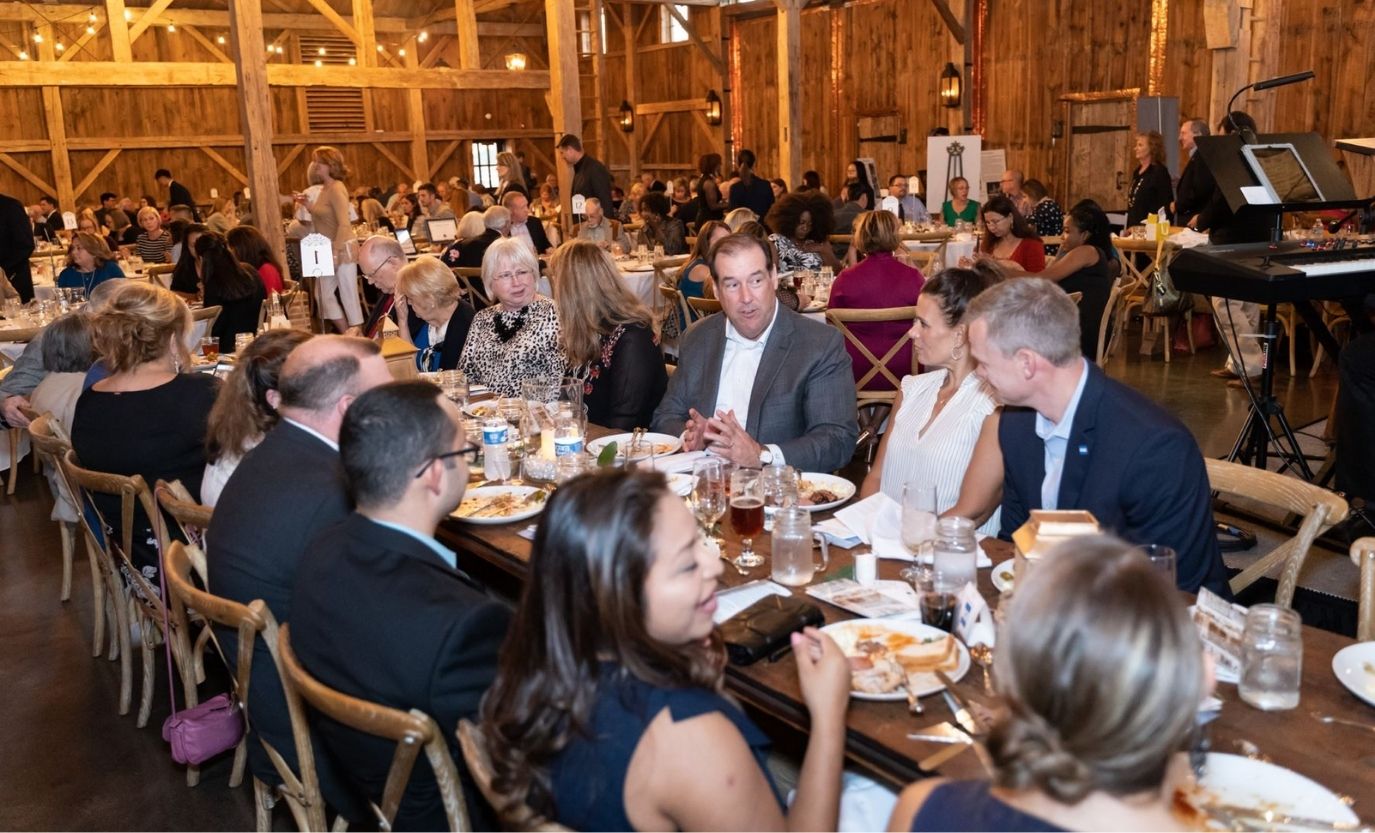 Guests enjoy their dinner during the 2018 KCM Gala. The 2021 Gala will be hosted at Palacio Maria in Katy after being hosted virtually the year prior.

In April 2019, Greene received the John van Hengel Fellowship award at Feeding America’s 2019 Hunger’s Hope Awards. The award honors the ideals of the late John van Hengel, who developed the concept of food banking in the 1960s. It recognizes an executive of a member food bank for his or her excellence in leadership, local impact and national influence, and entrepreneurial spirit in the area of hunger relief.

KCM Executive Director Deysi Crespo said, “I am simply overjoyed to have Mr. Greene joining us at our annual Gala! The Houston Food Bank has been an ally to our ministry for years and valued friend to this community. Their support of the KCM Food Pantry is critical to combating food insecurity in the region and assisting local families through the hardships brought forth during this time of crisis.”

Greene will be joined by the previously announced MC, Judge Glenn Beckendorff. Also speaking at the Gala will be KCM Board President, Patti Lacy, and KCM Executive Director, Deysi Crespo. 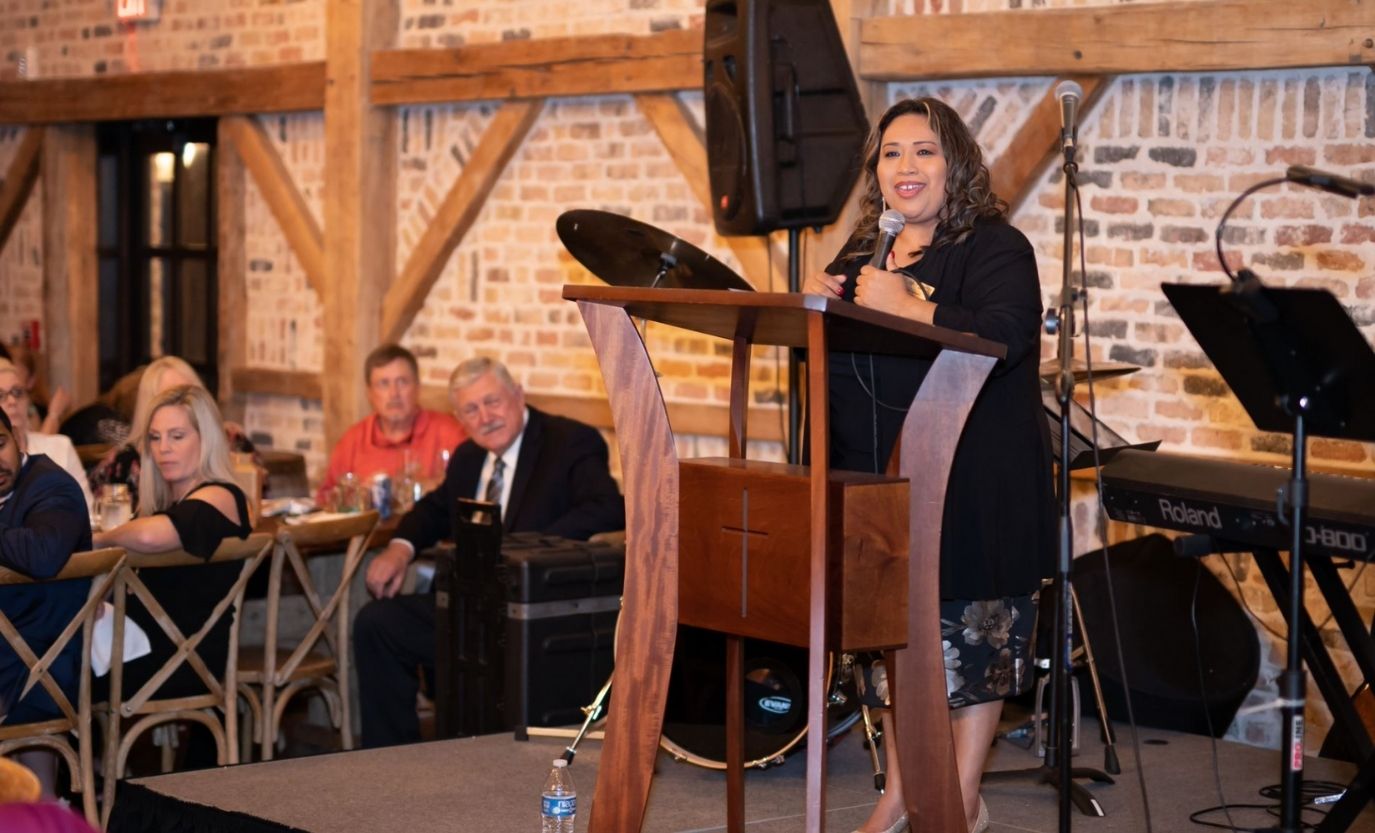 KCM Executive Director, Deysi Crespo, gives a speech to the crowd at the 2018 KCM Gala.

The annual gala is KCM’s largest fundraiser of the year and is critical to the financial health of the ministry. Support through attendance or sponsoring of the event goes a long way in helping operations and programs. Tickets for the 17th Annual Transforming Lives Gala are now on sale via ktcm.org/gala, or by clicking here.

Between the KCM Food Pantry, Crisis Center, and Social Services Department, every branch of the ministry benefits positively from the gala thanks to the generosity of all who have a heart for KCM and the work that they do in the community.

Even through the worst moments of the pandemic, KCM kept their doors open to provide continued support for their neighbors. They provided over 1.7 million pounds of food to the community, assisted 16,296 families through Social Services, and helped 2,396 victims of domestic violence and/or sexual abuse through the Crisis Center.

Katy Christian Ministries is a Social Services 501(c)3 organization that has been serving local families for 37 years. Born during a time of financial recession and the need for services to families struggling financially, KCM has grown to include a holistic model of services to families in need, helping them regain hope and self-sufficiency. More info can be found at www.ktcm.org. We continue to adhere to Covid-19 procedures at our facilities.

Don’t Trust Medicine to Make Decisions About your Life