A Chinese man such as me calls out a corrupt communist administration—Beijing, because there is nothing more to do but for good people to call a spade a spade, and direct the world’s attention to the clandestine behaviors of true evil. Communist Chinese evil is absolutely incompatible with classical Chinese ethics, and it is incumbent on those Chinese people who may have the means to stand up and demand the cessation and dethronement of communist activities.

Americans have largely given up on criticizing Beijing, because Beijing plays the sly card of racism (種族籌碼 zhongzu-chouma), and effectively shuts Caucasians up, thereby killing off anticommunist analyses. Beijing then threatens to kill educated Chinese persons, and that shuts most ethnic mouths up as well.

The important caveat is that I’m not quite dead yet, and that there are hundreds of millions of Chinese who are whiter than the average Caucasian, so there is no use pretending the Communist Party is a racial victim. 勿把行為的醜陋掩飾在種族借口裡—do not conceal your despicable actions under the veneer of racial excuses, Beijing. You have walled off Hongkong in your new Iron Curtain, and you isolate Taiwan (in the same tactic Arab Palestine uses to isolate Israel globally), and you work with Iranians and Malaysian Arab terror to invade communities and neighborhoods in the West. 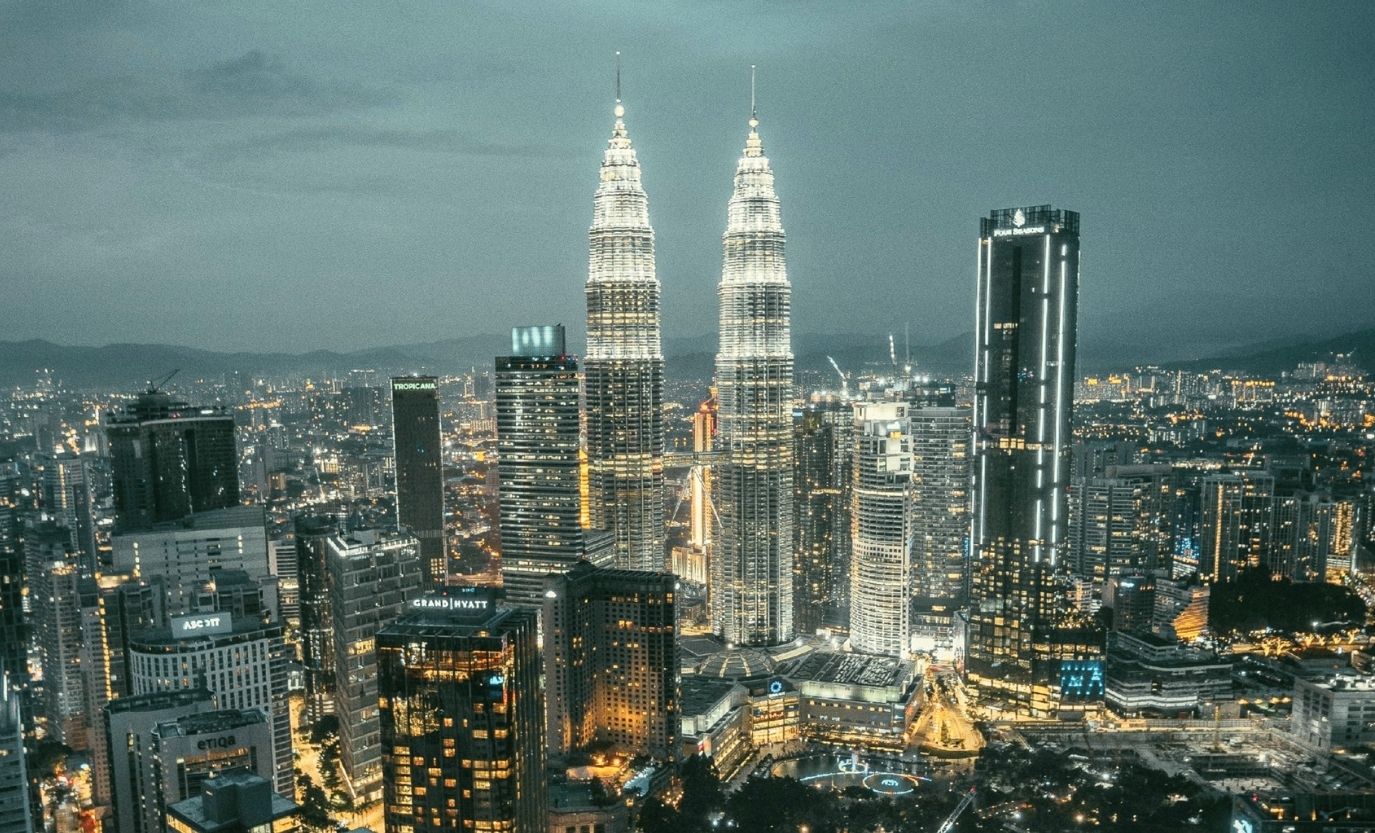 After the radical Arab world lost the UAE who became an ally of Israel in 2020, terrorists have turned to Malaysia as a base of operations for global terror on a truly professional scale, surpassing what the Emirates could have ever provided.

The world’s innocents call out Malaysian Arab terror, in the form of the Malaysian Chinese Association, Democratic Action Party, Keadilan People’s Justice Party, and Beijing consular officials in Malaysia, for their meddling in Texan and Greater Houstonian affairs, and the creation and dissemination of artificial, sensationalized statistics to sully and destroy the reputation and hard work of ordinary American cities.

In this credibility war (信譽戰)—the same tactic used against Donald J. Trump 2017 to 2020, to sequester him in the eyes of ordinary Americans, and frighten voters from making their choice for him, the highrolling finances of Beijing fuel Malaysian-based entities to extend sabotage activities online, in order to hoodwink and cheat Caucasians into destroying America from within.

Terror operatives hijack valid American issues, and take advantage of these issues to malign and sink the reputations of Texas cities, as well as discolor the entire reputation of the United States of America. Communist Chinese tactics are obvious to ethnic Chinese, because classical Chinese wisdom has discerned such sins within our race. 理所當然 順水推舟 骨牌效應—wherein, the cyberterrorists achieve their aims of cementing American reputation as dirty, filthy, and reprehensible, because the muck and mud push America into pariah status, and Americans will fall like dominoes. 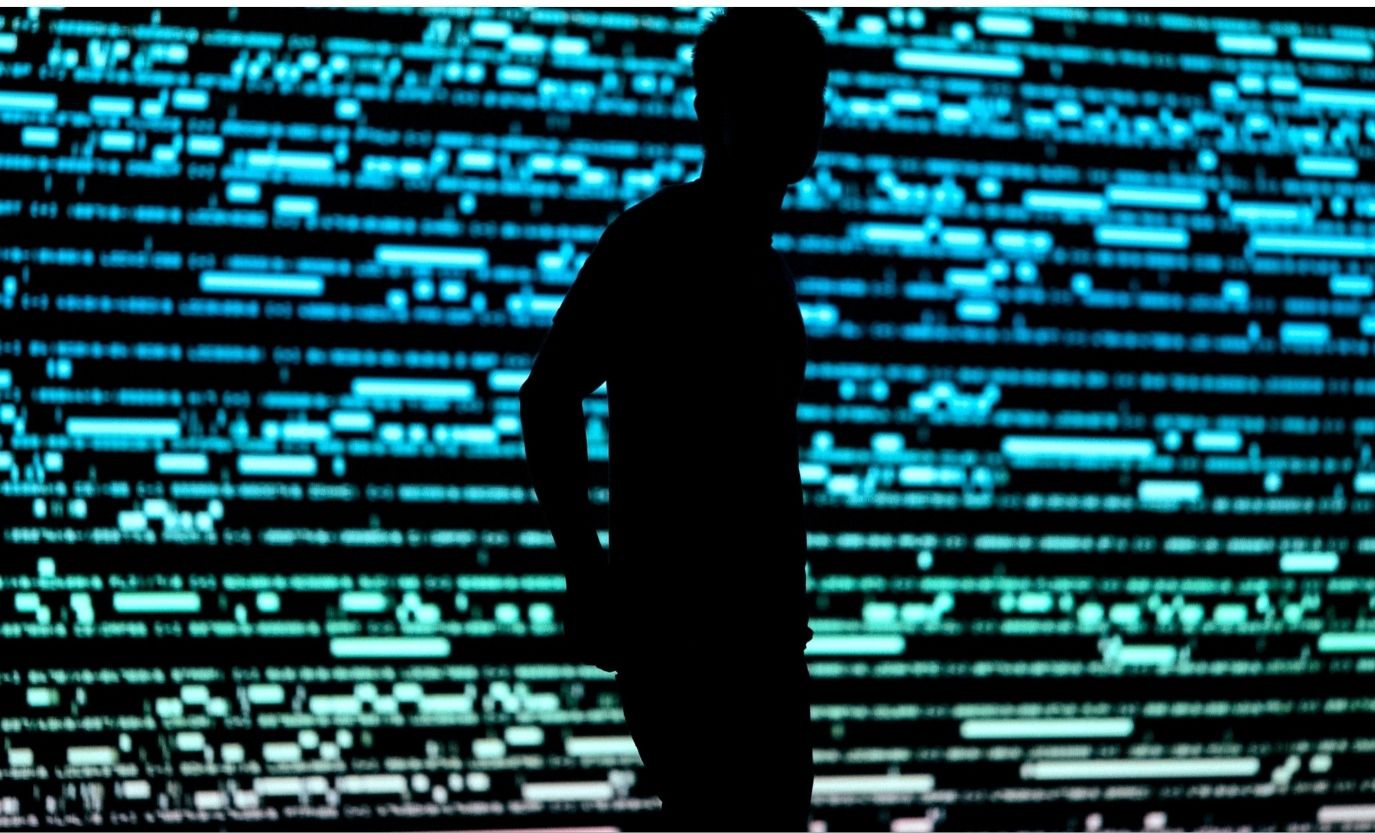 My dearest rabbi has been hacked, and his interfaces are flooded with cyberterrorist attempts to upload pornographic material, all in order to mess up his day, depress his mood, frighten the Jewish community, and link Jewishness with pornography and sexual deviancy.

This two-decade long credibility war has been the new Palestine modus operandi for successful terror throughout the Western world. Today we call out Malaysian organizations, including political parties—where in Malaysia they are essentially civilian community associations, not actual political societies in the Western sense—and, we demand that they cease and desist in their aiding, abetting, and assisting of Malaysian-based Arab terrorists who derail the Middle East reconciliation process. 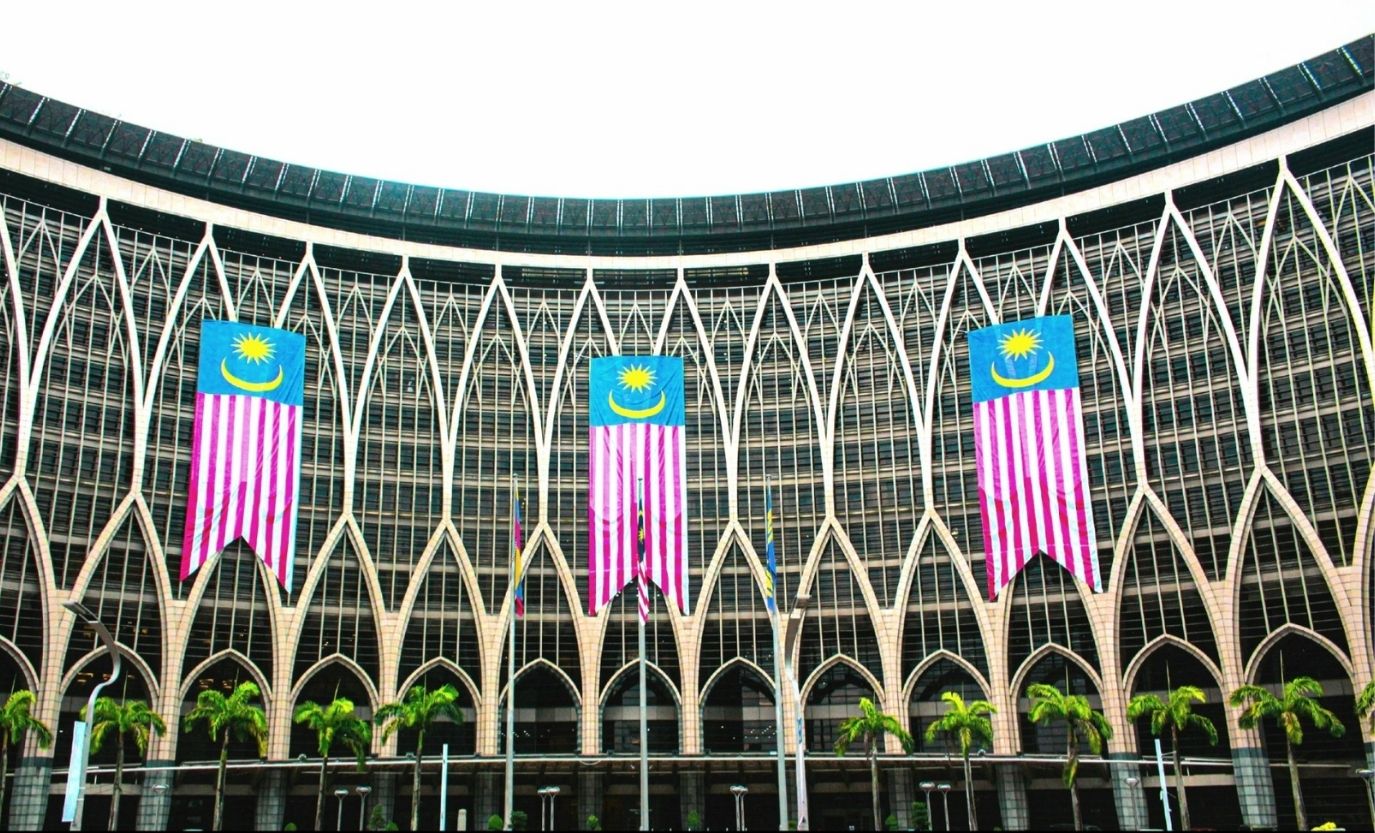 We call out Malaysian organizations for their wanton and immoral behavior of propping up Palestine, investing in cyberterror, and joining up with Beijing in building communist influence in Asia. In the era of the coronaviruses, it is no longer ethical to cooperate with Beijing—together with Tehran they are the largest sponsors of global terror in human history.

Our pushback is twofold; first, American grassroots activism that champions social awareness in local, crossborder, and American-Mexican issues MUST remain independent of Beijing, Arab, and Iranian funding, no matter what guises or pseudonyms the terrorists deploy in order to mask the real intent of their involvement.

Second, Beijing consular activities in America’s states, including Texas, MUST be approached, watched, curtailed, and indeed terminated (結束北京共產黨的海外恐怖行動), i.e. the cutting off of Beijing communist terrorism, through the closure of P.R.C. embassies in Malaysia and America, so that local populations in these latter countries cannot be efficiently tempted into working for Beijing. America must reposition herself, and grant official recognition to Taiwan as the sole, legitimate government of China. 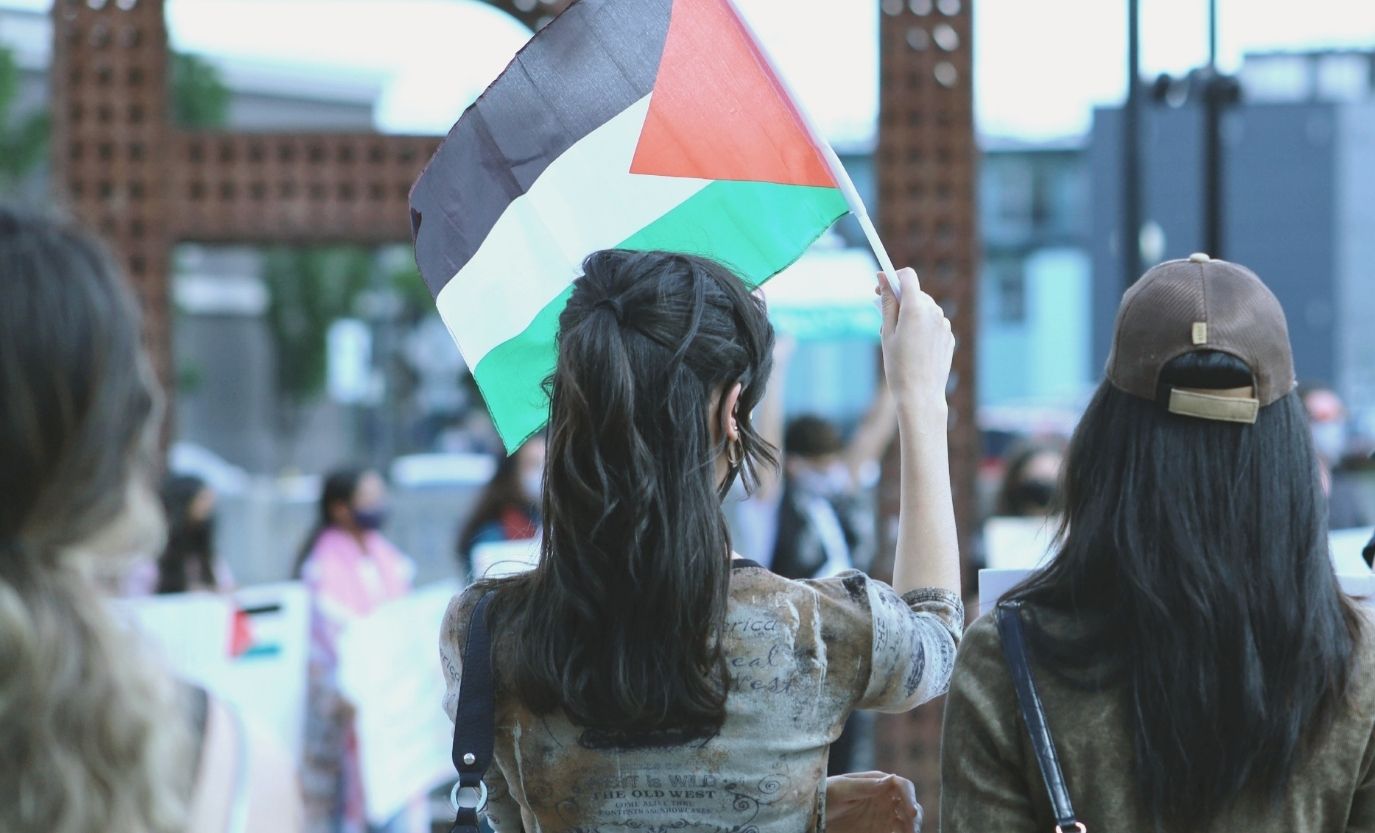 The Palestine program is attractive, because it appeals to the rebellious streak in all of us. Young and old advocate Palestine, because the Jewish people are easily forgotten, oft dusted under carpets, and regarded as a nuisance in antisemitic popular discourse.

Being on the ground in Malaysia is tough. I have received countless death threats. The Malaysian national government is a caretaker transitional mishmash, inept and fragmented. In the meantime, professional terror is on the ascendancy, with official, quasiofficial, and community support.

All of it is distilled down to one word: Palestine. For Palestine—an envisioned Arab state, anachronistic, Islamist, and devoid of Jewish nationhood—the highly educated Arab terror cells in Malaysia conduct cybercrime with armchair comfort. They create fake websites, misleading spreadsheets, and artificial identities; they send rabbis, Jewish leaders, and Christian women and men scrambling to proverbial empty fields; yes, these cybercriminals make people scurry about, and in the end, the Democrats triumph, because Republicans look foolish, irresponsible, and disorganized.

Malaysian Arab terror is a trouble-free vocation. Indeed it is in the very comfort of systemic infrastructure in both Net access assets and real estate, their residing in swanky condominium apartments, glass and steel skyscrapping towers, and gated and guarded postcard houses, that makes this phenomenon of new terror so difficult to defeat. 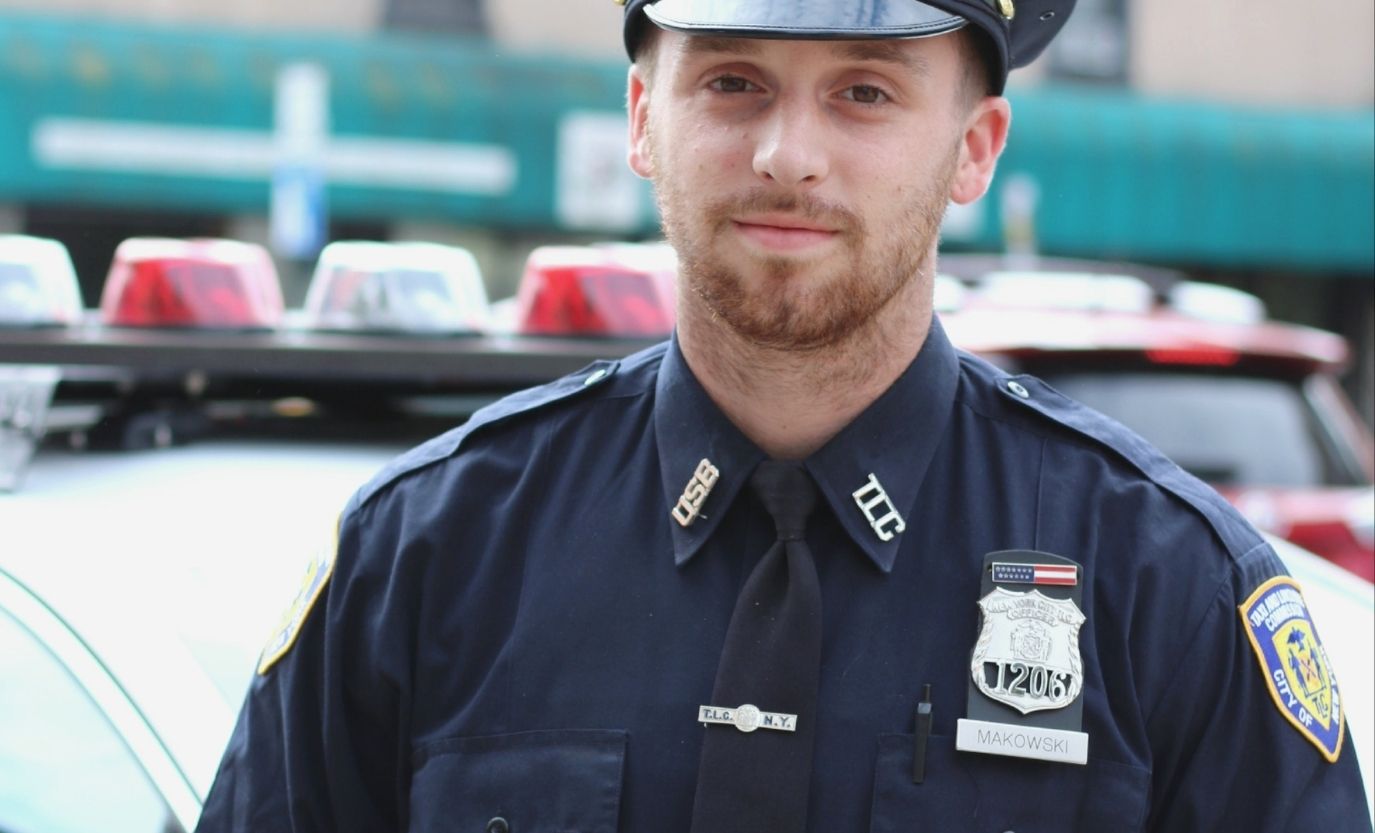 It is time for Americans to take matters in stride, and own the conversation on all social issues. Do not allow Beijing, Pyongyang, Tehran, or Gaza to dictate and hijack the narrative of American civil society. America will be redeemed, and we mustn’t permit leftists to run her into the ground and discredit her.

He will stifle the useless deceit and mad works of those terrorists, and frustrate the manipulative tactics of America’s opponents. The Almighty will not be mocked; He does not give up in the face of lies, abuse, and misdirection. He does not want His people to be used, capitalized on, or brought to shore up the agendas of communist operatives. Americans, whether Jewish persons or Christian adherents, must resume control of America-relevant matters, and prevent saboteurs from claiming the mantle of justice and leadership in America.

When Learning a New Skill Helps You Find Direction