Featured, News
1 month ago
by Keeon Rudder
0
Ladies, can you relate to any of these stories in your own lives?

The upstairs bedroom erupted in laughter as Mia, Ella, Chloe, and Keisha sat in a circle on the carpet. Their flowery dresses, fancy jewelry, and colorful hats were simply adorable. Halfway through summer, the third graders held strong to their pact for a weekly tea party. Initially, the plan was to take turns hosting the weekly tea party, but Chloe’s house seemed to get chosen the most.

Mia adjusted her hat to see clearly, “It’s been two weeks already. Are we ever going to let Paisley join us again?” Six pairs of eyes fixated on Chloe’s hazel green irises. Kim stared at the hardwood floor as she waited for her cue to begin. The music began to play and her body contorted rhythmically to the choreographed dance routine. Each of the judges watched in amazement as she performed her leaps, calypsos, double pirouette, and turn in center with exquisite technical proficiency.

The all-female panel of judges convened privately after the conclusion of the drill team tryouts to determine which attendees would make the team. All of the judges were in agreement that Kim’s personality, smile, and technique were exponentially above and beyond everyone else.

The only concern for the high school senior judges was that Kim was a freshman, and there was no way a freshman could stroll onto their dance squad without first being humbled. Even though Kim was an exceptional dancer, the judges decided to harshly critique her routine, and admitted her onto the drill team with restrictions.

I SAID IT THREE TIMES

Caroline fumed in frustration as she observed the blank look on her husband’s face. He asked in a confused manner, “When exactly did you ask me to take out the trash?”

Three of her fingers raised in the air, “This morning when you were in the kitchen I said, it would be nice if the trash can was empty. Then when you came home for lunch I said, I don’t enjoy messiness but I love cleanliness a lot. Then right before dinner I said that you need to help out more around the house.”

He rolled his eyes, “Well, in my opinion, your comment this morning wasn’t a directive at all, and your statement at lunch time had nothing specifically to do with the trash can. I mean, I like cleanliness also and it wasn’t as if the contents of the trash can were spread all over the floor or anything. As for your pre-dinner plea for help, I had no idea that you were referring to the trash can because your comment was vague if you ask me.”

She folded her arms exasperatedly, “Okay, so how should I change my wording in the future to get you to prioritize my needs above your own, advocate for me so I would feel supported, validate my feelings, and carry out my requests?”

He responded matter-of-factly, “Just say something like, Honey I need the trash can emptied today. Can you take out the trash before you leave for work, please?” While working with the non-profit Connecting Helping Hands Foundation, I’ve heard numerous stories of just how mean feminine culture can be to opposition and nonconformists.

Young girls typically play with other girls in small groups, address conflict indirectly by utilizing their social influences to shun violators into compliance, and prefer indirect linguistics such as, “It would be nice if we could have a tea party.” Young boys on the other hand, tend to play with other boys their age, generally address conflict directly, and more often than not prefer direct linguistics such as, “Come over right now to play.”

Effective communication begins with the understanding that someone’s beliefs should always be separated from that person’s value or identity, and it is applied through active listening and clearly stated directives that are delivered in a dialect that makes sense to the listener. Although no-one can control how another person will respond, everyone can benefit from delivering their message with absolute clarity and specificity. In order to decrease confusion, it is best to state your needs in specific terms and make sure to include any necessary details or applicable deadlines.

Every culture has aspects that can be improved upon, including feminine culture that can perpetuate meanness, passive aggression, and miscommunication. Feminine culture often-times fails to teach young ladies how to effectively deal with conflict and disagreements in a direct but courteous manner that is communicated in a language that makes sense to the listener.

Each of us can choose to blame society, our parents, our upbringing, our community, various subcultures, or even the media, for our shortcomings, disadvantages, and inequalities. However, as adults, it is our personal responsibility to research the topics that interest/scare us and acquire the necessary tools to better ourselves, learn new habits, and achieve the desires of our hearts. Our pasts may have played a role in creating the individuals we are today, but the continuing quest to learn effective communication skills can help us all to make for a better tomorrow. 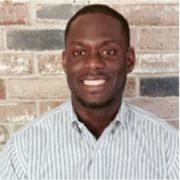 Keeon Rudder, an alumnus of The University of Texas at Austin, founded the apparel company, Von Elijah, which also specializes in website and app development. Rudder's design ingenuity is only surpassed by his passion for altruism, which has led to the creation of a non-profit Connecting Helping Hands Foundation that allows donors to Virtually Track their financial donations to any participating non-profit in the world to learn how their hard-earned money was used. https://connectinghelpinghandsfoundation.org/

Fathers Matter, and Not Just on Father’s Day