It’s one thing to read about the Holocaust at school. It’s quite another to identify with one of the 1.5 million children murdered just for being Jewish.

That’s the tagline of the Holocaust Remembrance Association (HRA) in Kingwood, Texas: Sensitizing hearts to the issues of the Holocaust. While the number 6.1 million is staggering as it refers to the number of Jews killed by the Nazi’s during World War II, it is also a number, something people may understand logically yet have a hard time relating to personally.

But put names to that number, put ages to those names, and suddenly numbers become people. HRA strives to bring people together to “stand in solidarity against persecution, prejudice, and indifference.”

To that end, the organization is gearing up for its Garden of Hope, designed by none other than the prominent DG Studios. The garden will include eight child- and family-friendly exhibits, all outdoor. Each exhibit is interactive and gives visitors the chance to scan QR codes to answer questions, respond to various scenarios, and use manipulatives that will help them understand the Jewish experience during the Holocaust.

Rozalie Jerome, founder of HRA, said, “The garden will teach children how to be Upstanders, those who will stand against antisemitism, as well as persecution and prejudice in all forms. We want to give kids the tools they need so they will never stand by idly while people are being bullied.” 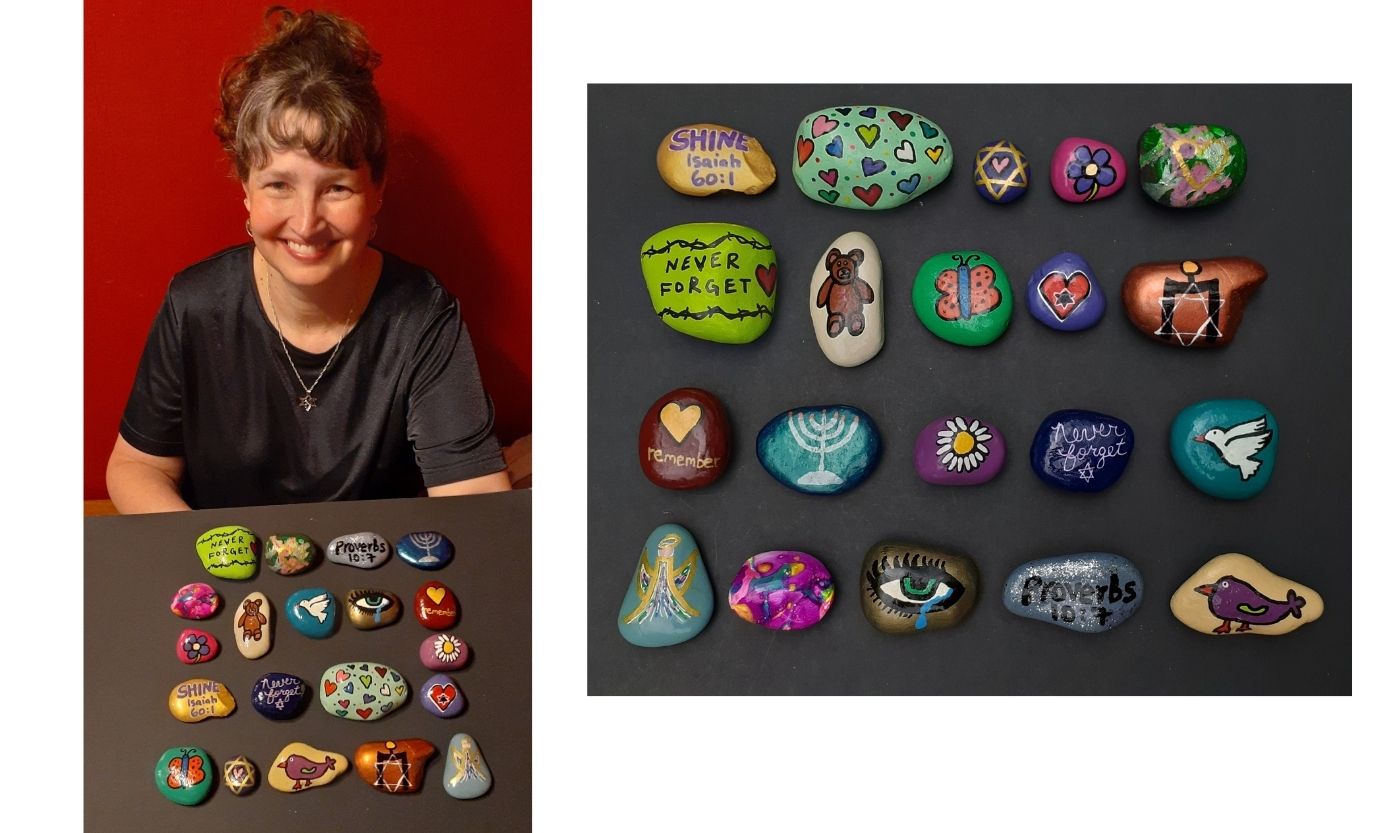 To get started, Jerome is asking for community involvement in the Upstander Stone Project. Within the Jewish culture, stones are a point of remembrance at funerals and gravesites, so they will feature prominently in the garden. Jerome explained the plan: “Certain areas will have 1.5 million stones painted by people all over the country to represent the number of children killed just because they were Jewish. We are looking for school districts, churches, summer camps, VBS, book clubs or any interested group to paint these stones.”

Volunteers will receive a bag with 20 full names of children killed during the Holocaust, along with their ages. The bag will also contain 20 fist-sized stones, markers, paint, teacher lesson-planning suggestions, and information about the Holocaust. Each rock can be painted in less than an hour, and each will have the name of the child and his or her age on one side, and a design of the painter’s choosing on the other side.

Seven thousand stones have already been painted and are being mailed back from all over the world, including a bag from a Holocaust teacher’s class in the aptly named Auschwitz, Poland.

“I would love to see the Kingwood, Humble, and Katy school districts take on this project,” Jerome said. “Some history teachers are doing this with their classes and others are doing it during homeroom, advisement, and specials. Kids are asking a lot of questions and are affected emotionally by the experience. One teacher reported that her kids asked for more time to work on the stones and were really connecting with the names they were assigned.” 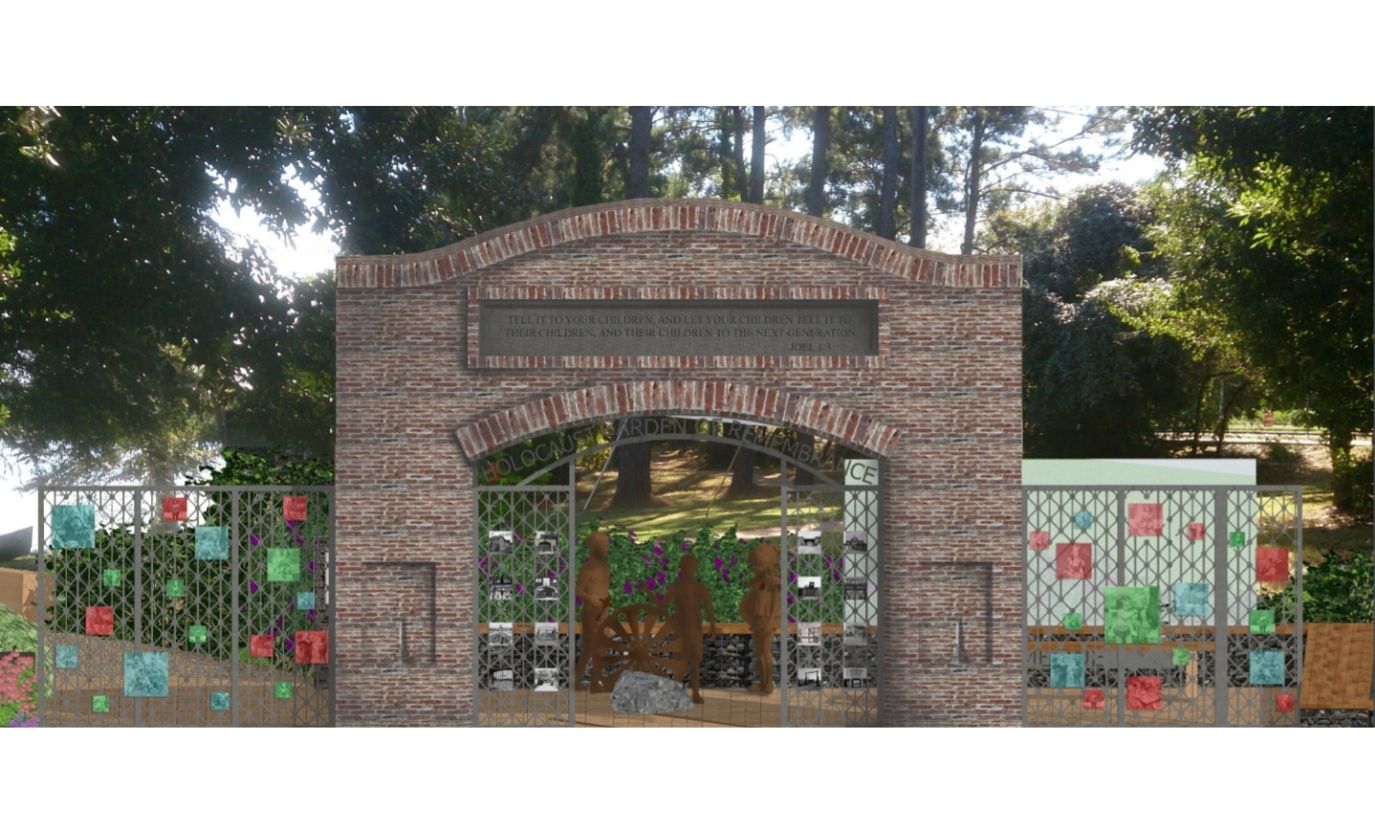 To give volunteers an even greater connection, HRA will pick some of the more creative stones for traveling exhibits. And either way, volunteers will always know where their stone is, as this will be documented and shared on the website.

“Our garden tagline is Growing beauty from ashes from the scripture in Isaiah 61. This is a faith-based, Judeo-Christian garden with Bible verses throughout. We share various aspects of the Holocaust trauma, even the teenagers at the time who were traumatized by what they saw. But we are growing beauty from it. The last part of the garden will feature the Hope for the Future Pavilion dedicated to the children of Nazi descendants. It represents their commitment to never again allow this kind of atrocity,” said Jerome.

In addition to the Upstander Stone Project, volunteers can get involved by making donations or sponsoring a garden exhibit. The $3 million project is counting on benefactors to bring its mission to life. Those who choose to sponsor an exhibit will also have a chance to name the exhibit. The garden is planned to open by the end of 2022. It will be free and open to the public.

“There’s a lot of data out there that can be extremely overwhelming,” explained Jerome. “Here’s a chance to take part in something that really affects and touches the hearts of kids. ‘6 million Jews dead’ is hard to imagine. Let’s talk about one person, one child.”

To get your group involved in the Upstander Stone Project, or to become a donor or volunteer, visit the website at holocaustremembranceassociation.org/ or email Rozalie Jerome at upstanderstones@hra18.org.

A Workout Routine to Help You Find Your Inner Kid