Ousting Trump sabotaged the Middle East peace process. The sabotage continues. For months the Emirates and Bahrain have been vociferously hacked by their Arab brethren in the radical Islamist, pro-Palestinian movement. It is a technological war against Western allies and the West in general. It is a persistent war against Israel.

Beijing enjoys hacking the West too. This is clearly “cyberbullying,” to quote Meg Griffin in season eighteen of the satirical series Family Guy. A lot of Family Guy seems objectionable or crass, but the veiled sensibilities are always apparent, and the satire does help to unmask the lies of the popular left.

Lies. Many a rabbi or pastor hates this thing known as lying, because it is false testimony about stuff. The Ten Commandments are fundamentally against falsehoods, cheating, and dishonesty. Ultimately they stand against anything that brings dishonor. But do emotional hacks who have no fear of God care about the doctrine of the Bible?

Noncommunist Chinese And Our Undeserved Pains

I’ve schooled at Harvard and in Australia, and represent a strong section of the Chinese race that isn’t communist. Tough to be noncommunist with Beijing penetrating every government south of Hainan, but millions of overseas Chinese stay noncommunist, nonetheless. We like Mandarin, and we like the West as well. Beijing can’t kill us all (though she does try).

Republican administrations have always trusted overseas Chinese who aren’t communistic. Overseas Chinese usually do not possess shady histories, and earn visas to the US by merit and bona fide ventures. The people in mainland China are envious of this visa situation. The Arabs are envious too. This paradigm would prepare naïve, gullible me for a rude shock on the Arab front. I had not known I could be used so insidiously, and crushed so completely. I was a victim of taqiya, spectacularly unbeknownst to me. 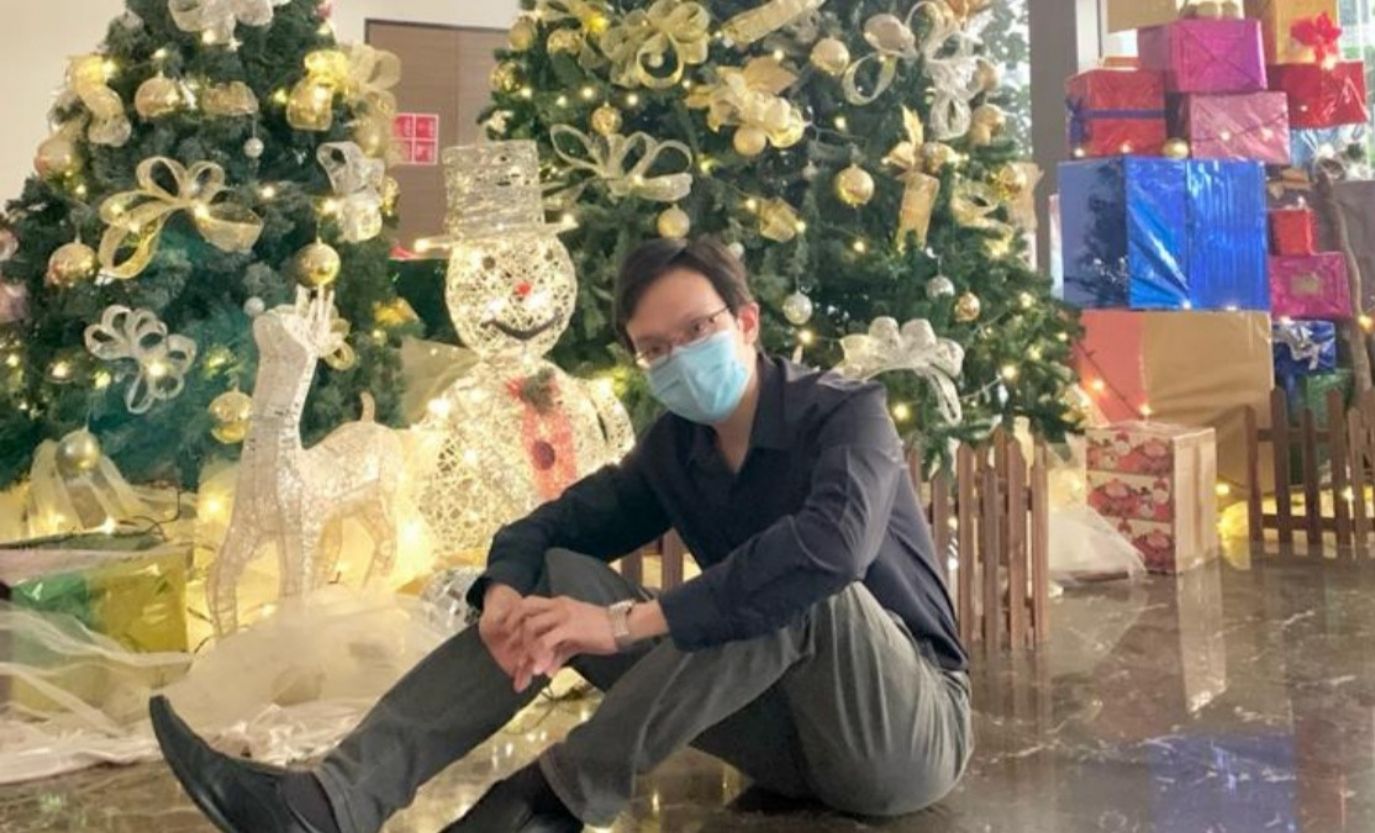 Overseas Chinese in eastern Asia are enamored of Christianity and Western traditions, as well as a classical Oriental Chineseness.

Cognizant of my forays in the West, an Arab woman, vivaciously alluring, greeted me one day and professed very quickly a powerful love for me. We thrived in the same international Chinese society headquartered in Kuala Lumpur, Malaysia, and within weeks we were married. I labored months to build her for a visa to America. We juggled two cities three states apart, and the energy was supremely divine. In one of her final messages to my widowed mother and me, she wrote (Arab names removed for this article):

“I have read to my Mom your messages, she is very glad that she has found family in you and Mrs. Ong, we all are. She says she is waiting impatiently for you and Mrs. Ong to come to the residence. Mom enjoys your company very much.

“My little sister keeps talking about you and how fun you are. I have relayed to my little sister your kind words, she is very cheerful and overjoyed. She has been wanting to show you toys and show you how she plays video games. It brings a lot of joy to my heart seeing how radiant and thrilled she becomes when she talks about you.

“Thank you for keeping my little sister in your thoughts and being concerned for her wellbeing. I have told her about your searching for (anti-Covid) masks for her. She says you are a very kind person with a big heart. I’m grateful that you are looking out for us, you are not only an excellent lecturer, but very close family too.

“Mom has been missing Mrs. Ong a lot. I believe, like you said, that they share so much in common; two incredibly good Women with a strong sense of commitment to do what is right and good. They are treasure that must be protected and cared for.

“I eagerly await tomorrow, may you have a very safe and enjoyable road trip. Please send Mrs. Ong my warmest regards and tell her I love her a lot!”

Global Pandemic Shuts Down Everything

Covid-19 struck like a thunderbolt, besieging the world. The American Embassy soon suspended all visa appointments in March 2020. On cue the Arab woman left me. No visa, no Victor. My mind collapsed into rubble. I crumbled, quite literally, becoming emaciated. This time it was different from my fights of rhetoric against antisemites and communistic Chinese.

This time my soul cracked in half. It had been mere days between that lovely message and inglorious dismissal. It had been a mere twelve hours between ‘my darling husband, I love you’ and ‘I do not love you anymore.’

My ordeal hit close to every vein in me because I had relied on that love, believing it to be true. This undeserved pain opened my eyes for the first time to what deceit actually is. Prior to this, I was a goofy Asian man with tofu as a favorite main dish, and fizzy lemonade as a pet go-to. After being dropped like a sack of trash, I lost bearings as to what my racial worth was. I felt inferior to the Arabs, indeed inferior to Islam.

God saved me in the months following. All credit goes to Him. With His Tanakh (Old Testament), He brought me through a metaphorical Egypt and straight out to Sinai. God fed me anew, shoving me with His assurance, ‘Victor, I am Jehovah, I love you, I love you.’ God showed me He will part seas for me, and I need only wait.

Incidentally the woman who had for months declared an eternal love for me was Arab Egyptian. In my suffering I finally saw Israel’s travails more clearly than ever before. 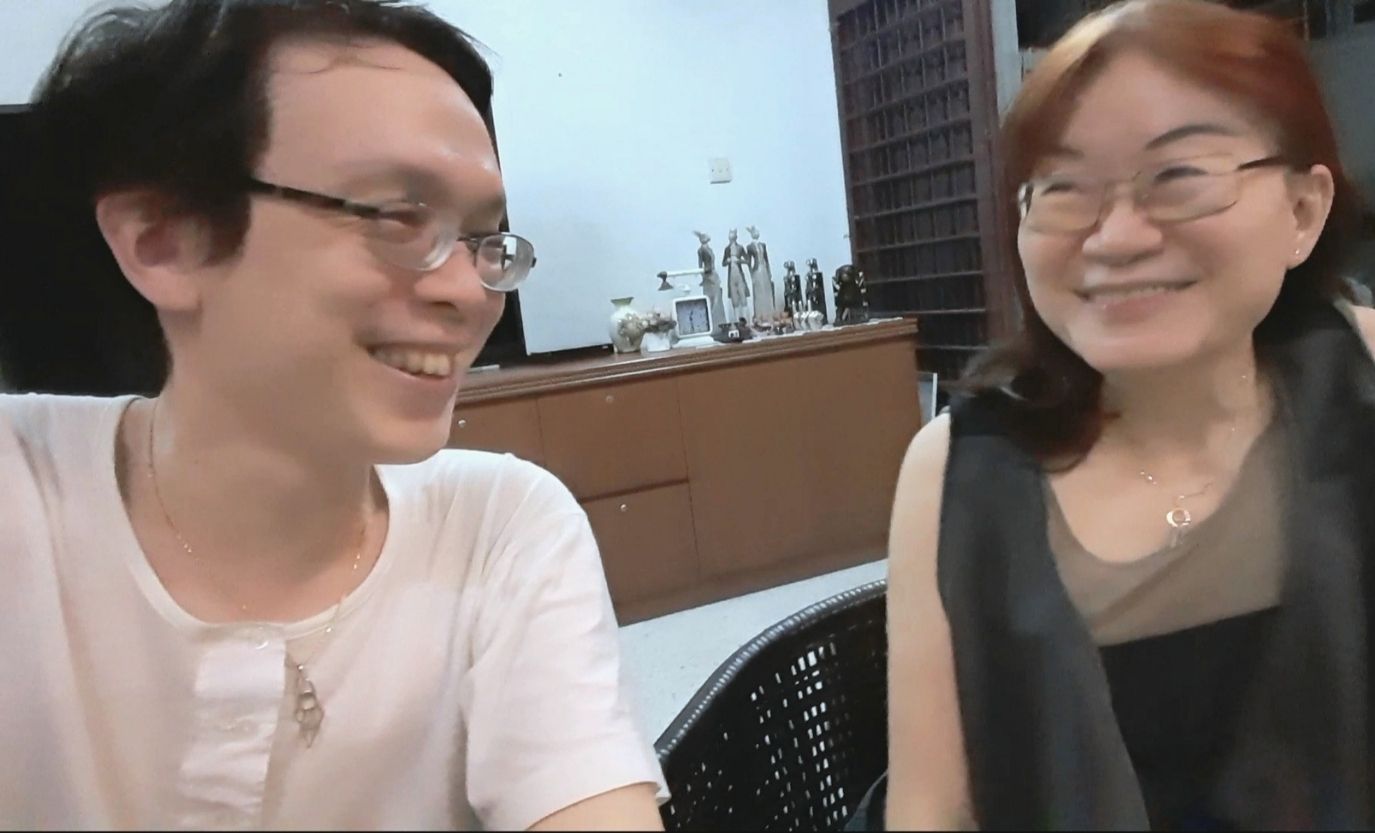 Mother and I are very Greek in the times we spend together; we never lose sight of each other!

Israel isn’t relevant to you if you will not feel in tandem with the Jews. For years I trudged the earth as an overt Zionist, and that gave me trial after trial, and then a delightfully attractive Arab lady with great English and no US visa. We built a future together, and she swore undying love and eternal fealty, and claimed she loved Israel against her parents’ wishes.

The only good thing that came out of Covid-19 was this: it led the American Embassy in Malaysia to cancel her visa appointment. With that cancellation there was no longer any use for me as mentor and sponsor. In her eyes I was obsolete. Amen, the truth of things only became clear in the advent of crisis. A businessman told me recently, “Covid has shown me who my true family and real friends are. In tough weather the honest ones stick with you.”

The long and short of it: my Arab wife ditched me when there was no longer any visa in store. Have you been ditched like this in the past eleven months of Covid hell? And, has Beijing rubbed salt into wound, by lying to your face most brazenly? Yes, yes, and yes. Crisis separates the chaff from the wheat. Evil people become apparent, and good folks who stick around literally surprise and amaze you. This is likely why God allows bad things to happen, i.e. like in the book of Job (Iyov, in Hebrew).