This recounts how Layla (not her real name) was simultaneously a living soul and a terrorist.

She was brought in for questioning after having been stopped at her six by two detectives, and two pursuers out front who had newly emerged from her usual bakery. Treated very well, Layla wouldn’t speak, but finally did after it became apparent her captors knew a lot more about her than she had surmised.

Her road to terror had been a simple one: no, she was not early radicalized at a Muslim Brotherhood youth camp. No, she was not a fan of Zakir Naik or Ahmed Deedat.

She walked into service opportunities for Arab Palestine, because a Christian man living as an expatriate in Damascus had once upon a time promised to marry her and save her from her dreary circumstances, but did not follow through with his spoken intent. He seemed to possess good reason: Syria was falling apart (at the advent of civil war), and it was quicker for him to exit and be rid of further bother. In Judeo-Christian spirituality, what this Christian man did was heartless and most atrocious.

It was not in Layla’s sensibility to reason out that man as a bad person who disobeyed Christ. To her, in her milieu and her pain, Christian America simply had to pay. The next seven years she devoted the entirety of her energies to defeating America, attacking Israel, and destroying ordinary American families online and offline.

Layla hacked church accounts, siphoned money, helped transfer funds to leftist movements in North America, registered as a student, and went to university in the US. There she dealt in marijuana and ‘women’s rights,’ which meant in her hatred against the Western family, the Christian religion, and Caucasian men in general, she argued for the deletion of babies and gritted her teeth in seething hate, happy she scored her victories.

When the Bible teaches us to be loyal, faithful, and responsible, it is not God trying to take out the fun in living. There is no fun in breaking a promise or abandoning a person. Sin is not life. God tells us to be good, because there is life in goodness. God tells us to be good, so that we protect God’s honor. Do you see what happened to God’s honor when the Damascus-based Christian man ditched Layla? Do you see the high standard to which Layla had held him to, and how his failing lit a fuse that then grew into an unshakeable hate? 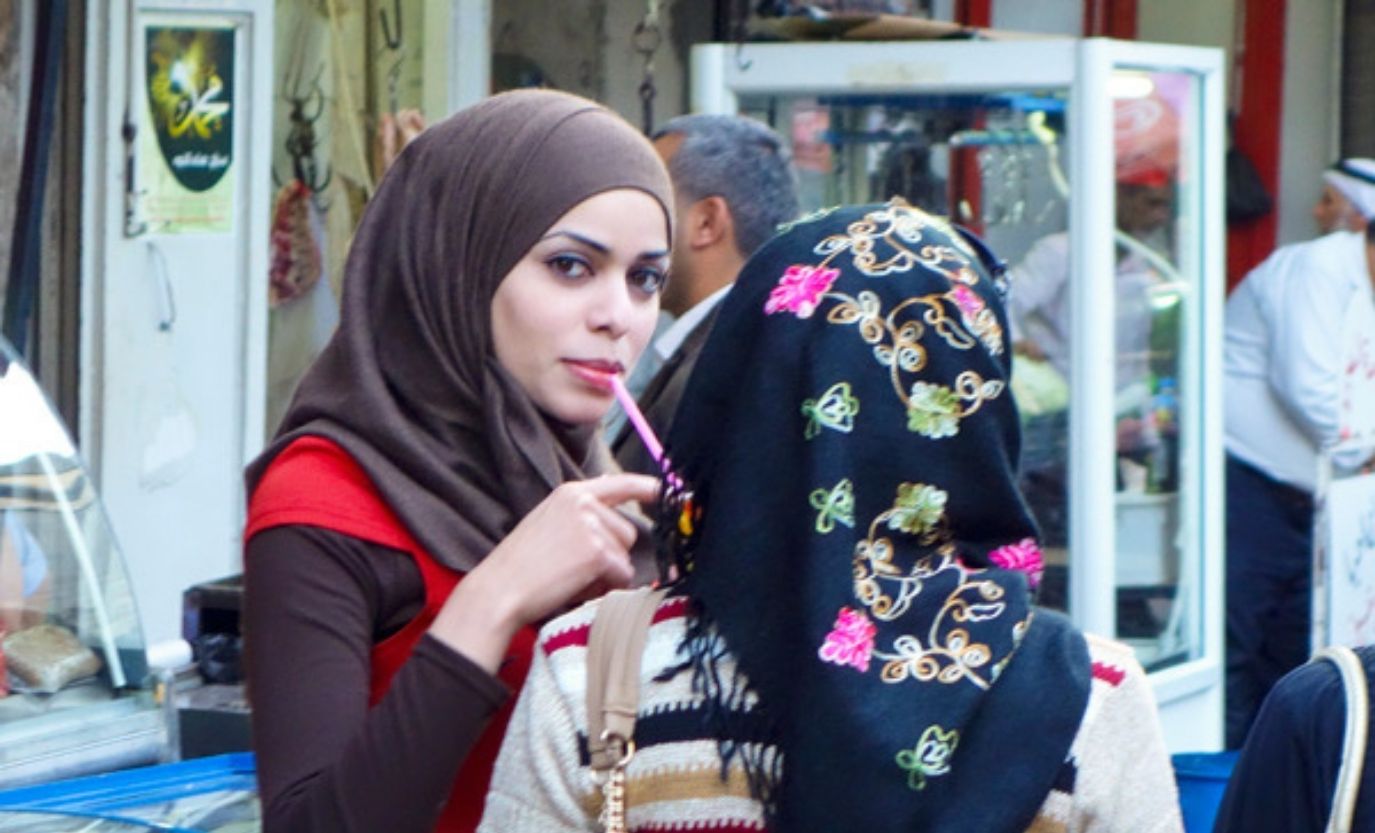 This is not to say that a Muslim ought to use Christian failings as justification to bomb America. Two wrongs don’t make a right. What Layla’s case demonstrates is the bucking-up we ought to make as Bible adherents. We must always be vigilant about our behavior so that we shine as radiant cities on hills. We must glorify our Father in Heaven—Aveenu shebashamayim, so that all humanity sees glimpses of divinity in what you are. We mustn’t bring shame to our Creator.

Like Layla, Mahek (a pseudonym for the purposes of this report) was brought in for questioning after the latter was similarly suspected of trading server space for paramilitary operations eager to more deeply infiltrate national governments. Investigations were fast tracked, into how Mahek was crucial in securing pathways for weapons to make their way into the hands of Arab students already in America. But the story that undergirded this beautiful girl’s most deep-seated hate was neither ideological nor religious. After all, her overt persuasion was a liberal Fatah, a sort of modern democracy defined by Arab nationalism and a commonwealth of peoples.

Mahek hates America because a Korean man was less than a gentleman, having left her after she had given herself to him. This monster of a man was Christian, his family was Buddhist, but all that was secondary to the fact he was working for an American international school, and Mahek and the Korean were subject teachers there. As time built up in her hurt, and the man thought he had ‘gotten away with it,’ the world of professional terror awaited its new recruit in Ms. Mahek.

The human heart is fragile, so don’t go around breaking it. Layla and Mahek had no excuse for their diabolical actions. Yet we as folk in the daily grind often forget terrorists are real people. They have hearts inside of them that had been broken when they were normal, and they have chosen to ‘get back what they have lost’ by hitting out at the universe.

This is the reason we have a saying in our circles, “Broken families build Democrats.” Broken hearts pave a way for their owners to lash out against the Bible, against men, against God, against America, and against the very doctrines of love, family, romance, and eternity.

There are thousands of noteworthy testimonies we carry of people who were dragged through broken families, and emerged pristine, sweet and kind, and diametrically opposite to their abusers. But the Muslims catalogued above aren’t these testimonies. When we manage these angry individuals, the adage ‘Two wrongs don’t make a right’ really does apply. Terrorists are not to be accommodated on the basis of their civilian histories of having been stomped on or maltreated. We often ask them, “Since you know it stinks having been mistreated and bullied, why do you mistreat and bully innocent people!?”

Their reply is oblique, and often cloaked in silence. After protracted interviews it becomes apparent: innocent American families are not people, but statistics. In the eyes of a terrorist, the Caucasian world is a collective that has to be chipped away at, no matter where you start chiseling. All down to a miserable encounter with America, the hate builds up to a gargantuan sabotaging and a fight to rip out the soul of the United States. 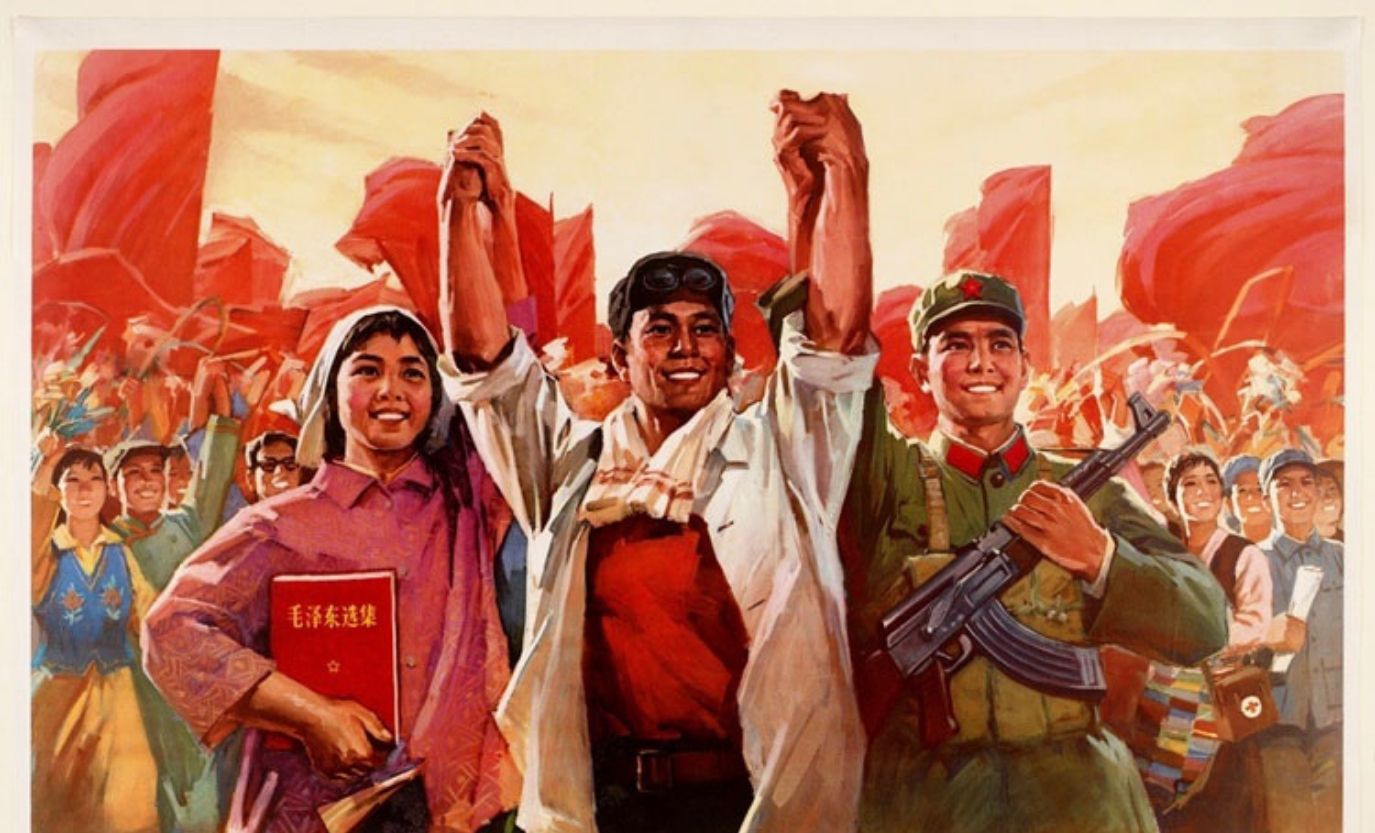 The Petty Things That Motivate The Communist Chinese

This is precisely how Beijing operates. The People’s Republic relies on broken people such as Layla and Mahek. Yes, the communist government is a terror organization very much like Hamas. Both rule lands and people, and that grants them veneers of legitimacy. These do not change the fact of Beijing and Gaza being terror outfits deeply motivated in their drive to chip away at the West, and get Westerners too to claw away at America from within.

I asked a Communist Chinese why he warred in rhetoric against the US, and why he spends all his money on funding opinion bodies that are venomously anti-Trump. Some of his finances went so far as to caricature Ivanka as an enchantress who deceitfully teases Chinese boys into daydreams about Caucasian girls. Beijing uses the same tactics as North Korea, to paint the Caucasian race as foreign devils and cunning hawkers of physical beauty. (It is obvious why the Muslim radicals of Iran and the Middle East like Beijing so much. Islamism despises femininity.)

After several rounds of questioning it all became clear. That Communist hates America, because a Caucasian man had long ago failed to smile at him one stressful day. And a Caucasian girl had liked him, and she hadn’t quite dared to ask for a date, and he had later returned to Asia feeling bitter about his lack of luck. Two years later, he was Beijing’s.

Such is the terror mindset: I hate you, because I simply must.

Living Clean in a Toxic World