Democrat Representative Alexandria Ocasio-Cortez, NY, is calling on the federal government to direct funds toward the “deprogramming of white supremacy.”

“A lot of people have drank the poison of white supremacy, and that’s what Donald Trump represents,” Alexandria Ocasio-Cortez (AOC) said to her over 8 million Instagram followers. “Just is, and if, at this point, you haven’t recognized that and you don’t see it, maybe you have a lot of work to do, too.”

“The white supremacist cause is futile. It’s nihilist,” AOC added. “There are people who are radicalized right now. It’s going to take a very long time to deradicalize these people and a lot of effort.”

AOC continued with “healing is possible” and that “we need to double, triple, or quadruple the funding” into programs that “deradicalize” brainwashed white supremacists.

We at Katy Christian Magazine believe in the U.S. Constitution, and that ‘all men are created equal,’ as penned by Thomas Jefferson in 1776, as do most Christians. So how many ‘white supremacists’ are actually out there?

Well, according to Wikipedia, “It [white supremacy] underlies a spectrum of contemporary movements including neo-Confederates, neo-Nazism and Christian Identity.” So, in other words, if you are reading this article and identify as a Christian, you most likely are classified as a white supremacist too.

AOC even went as far as to state, “If you don’t believe Trump represents White Supremacy, then you have a lot of work to do.” So, are we to buy that if you voted for President Trump, you did so for solely one reason: because you are a white supremacist?

Never mind the fact that President Trump’s rallies were not all ‘white,’ as some people would have you believe, but were represented by ethnicities of every kind. Is it possible that people oppose socialist policies and ideologies for reasons other than being a white supremacist?

Could it be people voted red for a host of other reasons, including religious freedoms, pro-life policies, family values, freedom of speech, right to own and carry guns, better trade deals that protect American jobs, border security, etc.? If you voted for President Trump over Biden in November 2020 for any of those reasons, are you still considered a ‘white supremacist,’ regardless of skin color?

Just this month, an article in the Washington Post coined a new term, “multiracial whiteness,” in efforts to explain why significant portions of Hispanic and black voters voted for President Trump in the November 2020 election. New York University professor Cristina Beltrán explained this phenomenon by informing us that “white” is no longer a skin color, but a “political color.” 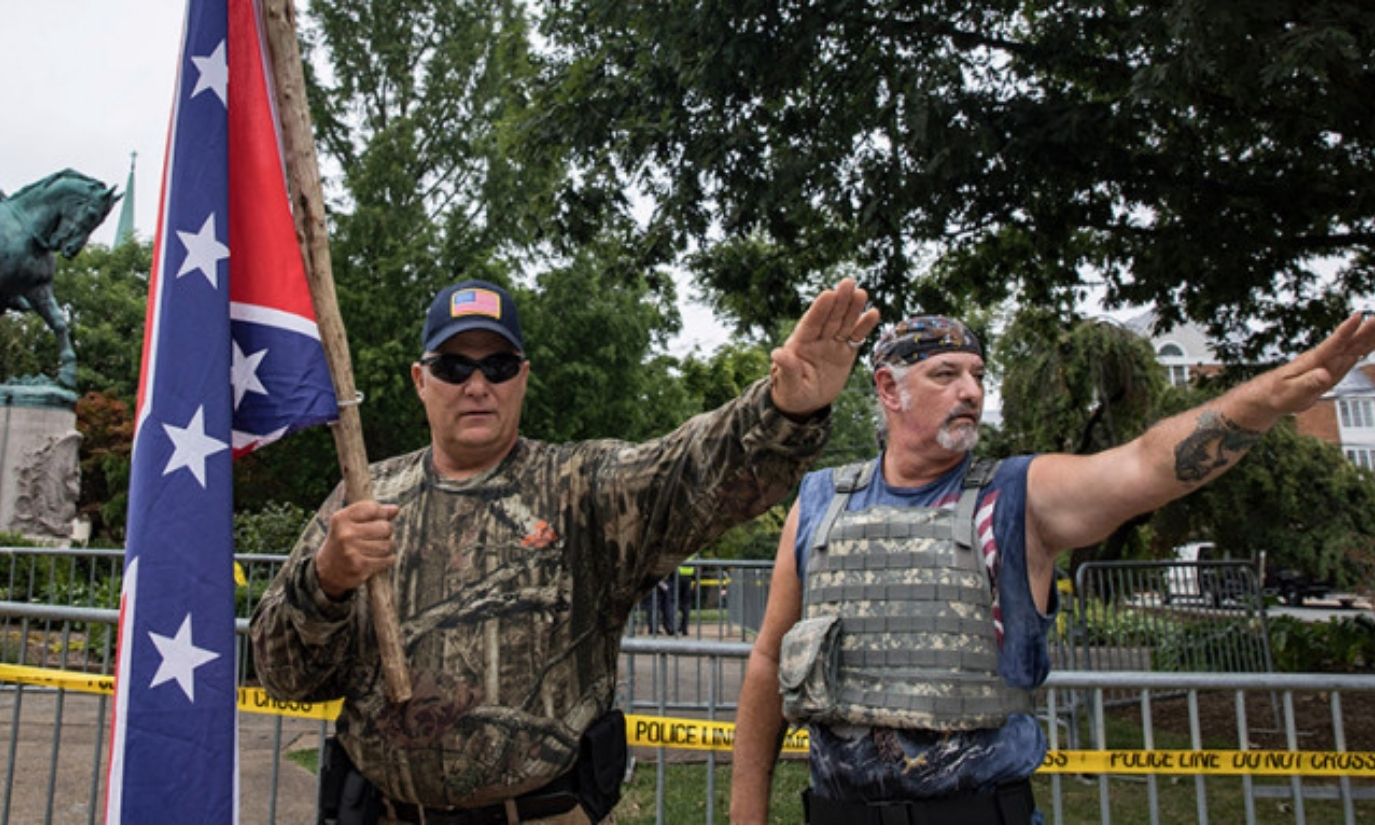 “Rooted in America’s ugly history of white supremacy, indigenous dispossession and anti-blackness, multiracial whiteness is an ideology invested in the unequal distribution of land, wealth, power and privilege — a form of hierarchy in which the standing of one section of the population is premised on the debasement of others,” she said.

“Multiracial whiteness reflects an understanding of whiteness as a political color and not simply a racial identity — a discriminatory worldview in which feelings of freedom and belonging are produced through the persecution and dehumanization of others.” In translation, this means that if you are a black or brown person who voted for President Trump, you did so because you are another self-loathing ‘white supremacist.’

From a party that acts like they want to govern and unify all people, isn’t this an odd way of going about it? Are there other concerns minorities may have with left-winged social dogmas, especially those who escaped countries like Venezuela, Cuba, Vietnam, China, etc., where they witnessed first-hand the end game of socialist policies?

Could it be that they want to live the ‘American Dream,’ that so many now see as a fleeing mist burnt away with the rise of the morning sun? Maybe if the Democrats want to govern ‘all people,’ as they claim, they can start by not accusing everyone who does not think as do of being a ‘white supremacist,’ an “Uncle Tom,’ or any other derogatory term of the day (as devised by today’s socialist party).

AOC believes half of America needs to be “deradicalized,” and she and her congressional counterparts will determine who those people are. Does that thought scare you?

TALMID- What is a Real Follower?