I have to admit that the direction I was going to take with this article took a dramatic turn after spending an hour talking with Dr. Stella Immanuel last week. In case you missed it, we had not one, but two exclusive interviews with her over the past couple of months.

After her infamous speech on the steps of the Supreme Court back in July, Dr. Stella Immanuel of Katy, Texas, became a household name. Some people believe that she is a quack who cannot be trusted to offer medical advice on hydroxychloroquine; others swear by her and her use of hydroxychloroquine to treat COVID-19 patients.

Dr. Immanuel was born in Cameroon, central Africa, in 1965, and by the mere age four, she knew that she wanted to become a doctor to help others. She moved to Nigeria to attend college, and in 1990, she graduated with her medical degree. Two years later, she moved to the United States, and again, she returned to classroom for her medical degree in the U.S. For the better part of 25 years, Dr. Immanuel has been caring for patients and is exceptionally qualified in the field of medicine.

After her speech on the steps of the Supreme Court, CNN, MSNBC, and many other media outlets aired YouTube videos of some of her sermons at Fire Power Ministries. In some of the circulating videos, she addressed demonic possession and witchcraft, which Christians in the West have a hard time believing.

Dr. Immanuel was undeterred. “There’s no such thing as bad publicity. What Satan meant for evil, God used for good,” she told me. “Because of all of that free publicity they gave me, a lot of people searched my videos, and many came to us looking for salvation, prayer and deliverance.”

Fire Power Ministries is located at 25231 Roesner Lane, Katy, TX 77494, and is open seven days a week. On most days, they spend five to six hours in prayer daily. Their ministry can also be found on Facebook and YouTube, with a following of four to five thousand people who join them in daily virtual prayer.

I mistakenly thought that Dr. Immanuel became a Christian in Africa because of her strong anti-witchcraft message, but she actually got saved here in the United States in 2002. 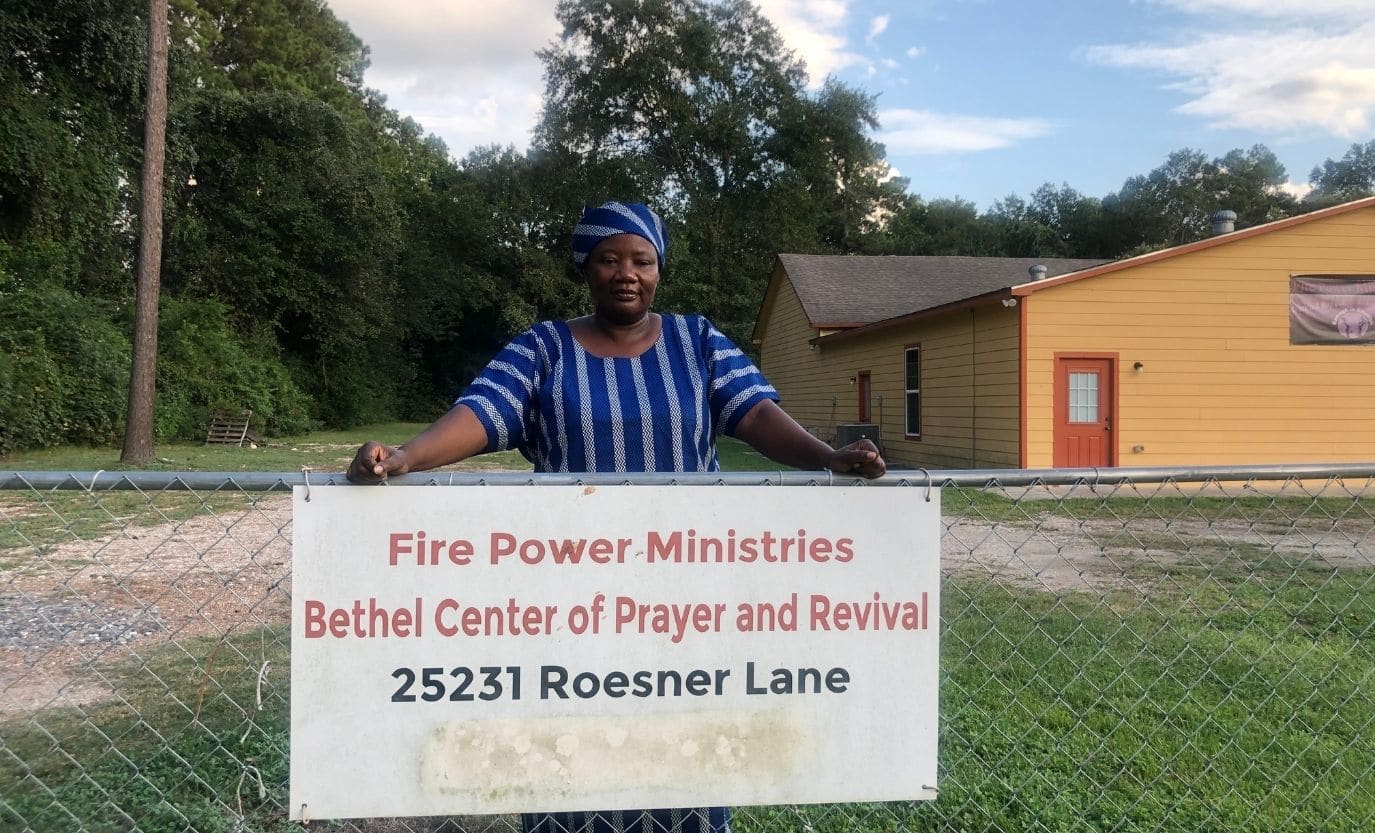 “After about a year of living as a Christian, I wanted more intimacy with God. A small team and I used to spend seven hours a day in prayer from Friday through Sunday pre-Covid. God called us into deep spiritual warfare, which we practice to this day. Satan has a hut in Africa, an apartment in Europe, and a mansion in the United States,” she concluded.

It was at this point in the interview that I became amazed with the person that Dr. Immanuel is. If my math is correct, that’s 21 hours of prayer just over the weekend! I doubt that most Christians, myself included, have spent 21 hours in prayer throughout the past year. Some have not spent that much time in prayer in their entire lives. Yet many of those same Christians are the first to cast stones at her.

I remember sometime back I got caught up in a rumor about an area Pastor who had renounced his faith and criticized him strongly to someone I knew. Later I found out that the story circulating in the media was just a lie. God convicted me and brought to my mind Gamaliel’s advice in Acts 5: 33-42. After the Apostles were caught once again sharing the Gospel of Christ, many Jewish leaders were furious and sought to kill them.

33 When they heard this, they were furious and plotted to kill them. 34 Then one in the council stood up, a Pharisee named Gamaliel, a teacher of the law held in respect by all the people and commanded them to put the apostles outside for a little while. 35 And he said to them: “Men of Israel, take heed to yourselves what you intend to do regarding these men. 36 For some time ago Theudas rose up, claiming to be somebody. A number of men, about four hundred, joined him. He was slain, and all who obeyed him were scattered and came to nothing. 37 After this man, Judas of Galilee rose up in the days of the census and drew away many people after him. He also perished, and all who obeyed him were dispersed. 38 And now I say to you, keep away from these men and let them alone; for if this plan or this work is of men, it will come to nothing; 39 but if it is of God, you cannot overthrow it—lest you even be found to fight against God.

40 And they agreed with him, and when they had called for the apostles and beaten them, they commanded that they should not speak in the name of Jesus and let them go. 41 So they departed from the presence of the council, rejoicing that they were counted worthy to suffer shame for His name. 42 And daily in the temple, and in every house, they did not cease teaching and preaching Jesus as the Christ.

If Dr. Stella Immanuel’s Fire Power Ministries is not of God, it will pass like so many ministries before it. If her ministry is of God, which I believe it is, it will persevere. Be incredibly careful about making judgements and condemning others before you are certain. Those who falsely judge are in danger of judgement themselves.

How You Can Save The Lives Of Orphaned And Endangered Children