An impressive cross was unveiled Tuesday at Katy Community Fellowship, and the man who built it, John King, will be there with a smile on his face.

It’s not the first time King has created something breathtaking; as a welder, he’s stepped out of the traditional role to make art and bring beauty to Texas through his talents and love of God.

“I didn’t realize until the age of 26 that welding was in my blood,” he said. “That was when I went to work for a manufacturing company that required a lot of different types of talents. I got my passion from finding and learning my own ways of different aspects of welding. Since then, I haven’t met a challenge I didn’t like.”

King’s stories are legendary. He was the man who stepped in to re-build Kemah Boardwalk after Hurricane Ike destroyed it in 2008. Six months later, every piece of metal on the boardwalk was back in place and better than ever thanks to King’s hard-working crew. 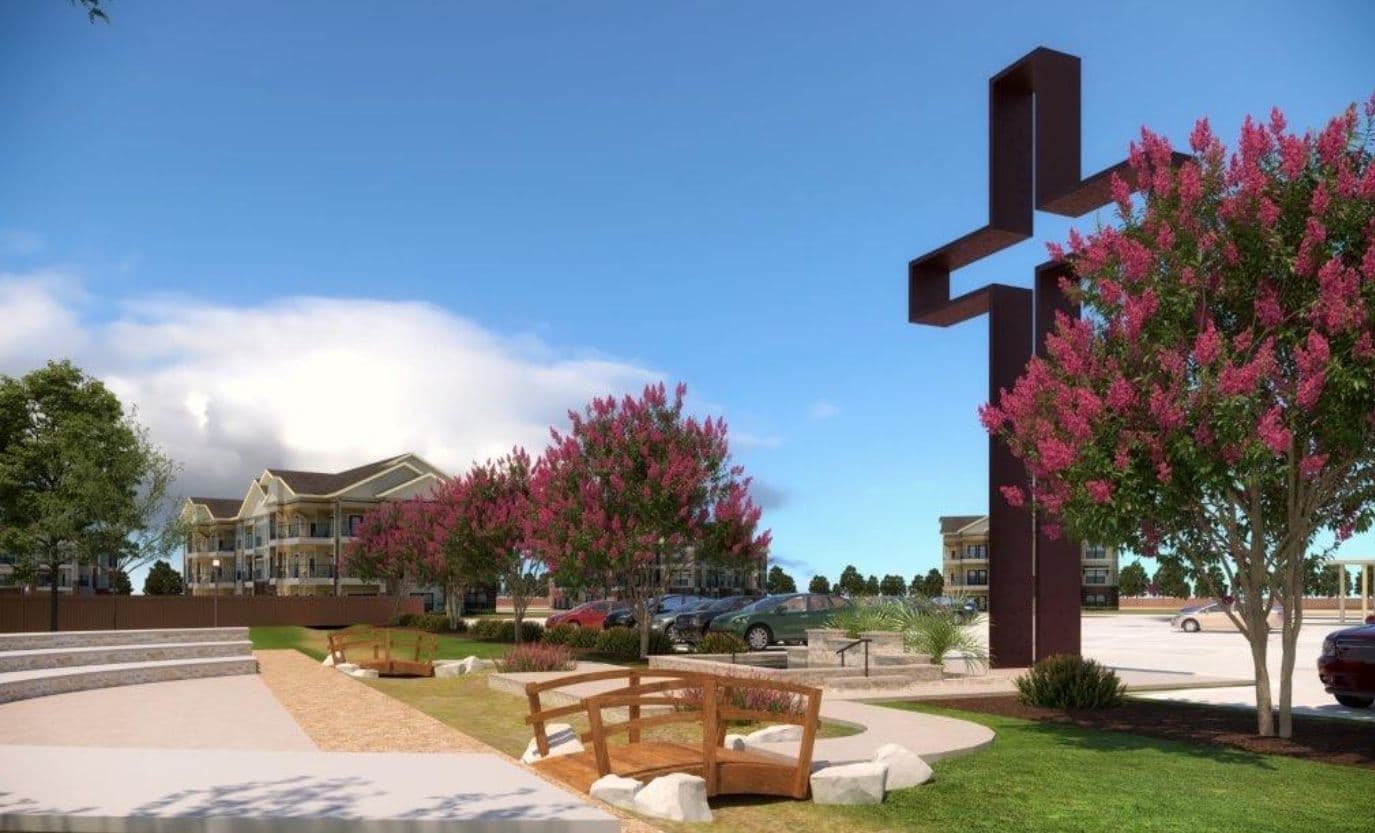 You may have also heard the one about JK Welding saving the 100-year-old Battleship Texas. Built before welding was invented, the ship had been constructed with hot rivets that had worn down over time, causing the ship to take on water to the point of near sinking. King got the call from Taylor Marine that an expert was needed, and his crew spent the next seven months preserving, repairing, and refurbishing the historic landmark. The best part? He made no profit on the job. “We just did it for the recognition of what we can do and who are, in place of the profits we could have made,” he said.

King’s creativity is especially displayed in his Singing Ringing Tree, only one of three in the world and proudly displayed in Austin. The story behind it is classic, and King tells it with laughter. “I got a phone call from a guy who said I was his ninth welder call. He sent me to a website that featured a picture of the largest wind chime sculpture in the world and said he wanted the same thing built for his farm. I immediately said yes, but he didn’t believe me. I don’t know how many times he asked, ‘Are you sure??’ The next morning, he flew the two original designers from the UK (who had also designed the infamous London Eye) to meet with me.”

The project took JK Welding about 4 months to complete. The final structure weighs 54,000 lbs and took 3,000 feet of 6-in pipe to build. When King briefly displayed the Singing Ringing Tree at his company’s entrance, it caused so many rubbernecking accidents that he was glad to relocate it to its final home, on a hill at the corner of the owner’s ranch, where it can be viewed from the highway.

Through the purchase of Trails West Gate Company, JK Welding also builds unique entrances, gates, artwork, handrails, and fencing for ranches. “We are specialized and high quality. If you’re not sure how it needs to be done, and you need it done right and quickly, we’re the guys. I love the challenge. I dare people to challenge me with what no one else has been able to do.” 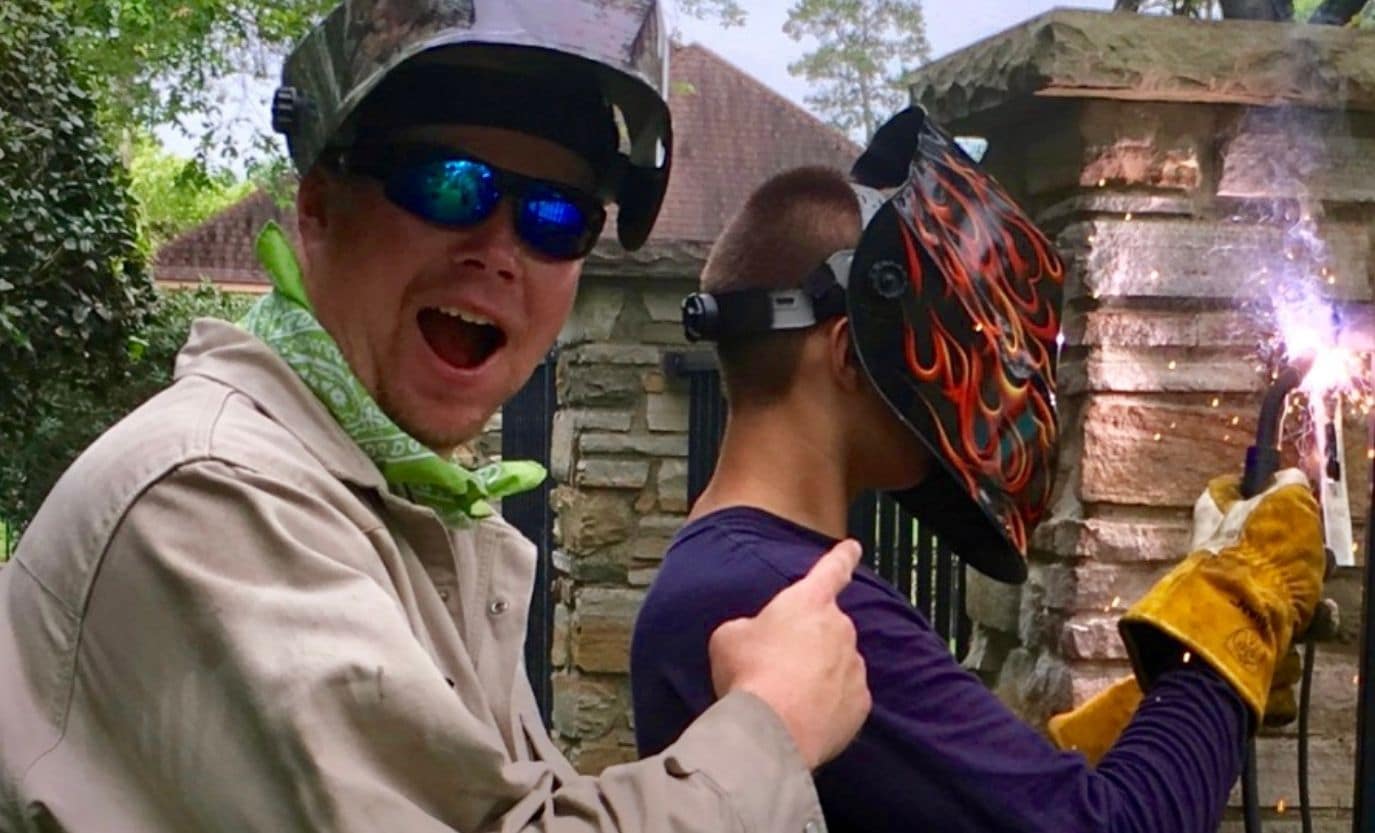 John King of JK Welding teaches his son the art of the craft.

And if all that weren’t enough, King shares that love of a challenge and passion for welding with the future generations. He has become a mentor to high school students learning welding and competing in weld-offs. “I embrace these young kids. I didn’t have that when I was growing up. I learned from grumpy old men. Northern Tool has partnered with me and we both donate money and equipment to put these welding competitions together. We want to make sure kids know that college isn’t the only option.”

At the heart of it all he does is John King’s life philosophy: “Live by God’s word, respect people, help people when you can, and be kind to others.”

How to Use Right Division to Find God’s Words for You, Part 4.