Joining fellow women believers Laura Ingram, Barbara Olson, Ann Coulter and others who in the early 1990’s began to stand up against an increasingly anti-Christian culture with a positive, Biblically based and proudly Christian message, she was one of the young, female believers who was a part of a change in the media landscape becoming commentators, authors and in Kellyanne’s case, managing data.

Beginning with her work for a series of Godly politicians from Jack Kemp to Fred Thompson, to Vice President Dan Quayle, current Vice President Mike Pence, Newt Gingrich and more, as a believer in an increasingly anti– Christian atmosphere, Kellyanne initially supported Senator Ted Cruz for President in 2016, but following his dropping out, and due to a long relationship with the current President, in July 2016 joined the election campaign and on August 19, 2016 – barely three months before the election – became the first female Presidential campaign manager in history and single-handedly managed an election that was positioned for a devastating defeat.

A visit to the White House will entail time with staff from computer operators to press staff to a large number of the day to day staff – many Godly young men and women brought in by Kellyanne to support the Christian atmosphere and Godly men and women in the White House and bring in the blessing of God to the people’s house.

The result of this Godly woman of faith living out her love of the Lord Jesus Christ in the White House has been a nonstop onslaught, akin to the nearly 96% negative coverage of the administration in general, and from her every comment to her family life and finally an attack on her very children has been unacceptable and crossed the line.

“Yes, and all who desire to live godly in Christ Jesus will suffer persecution.” 2 Timothy 3:12 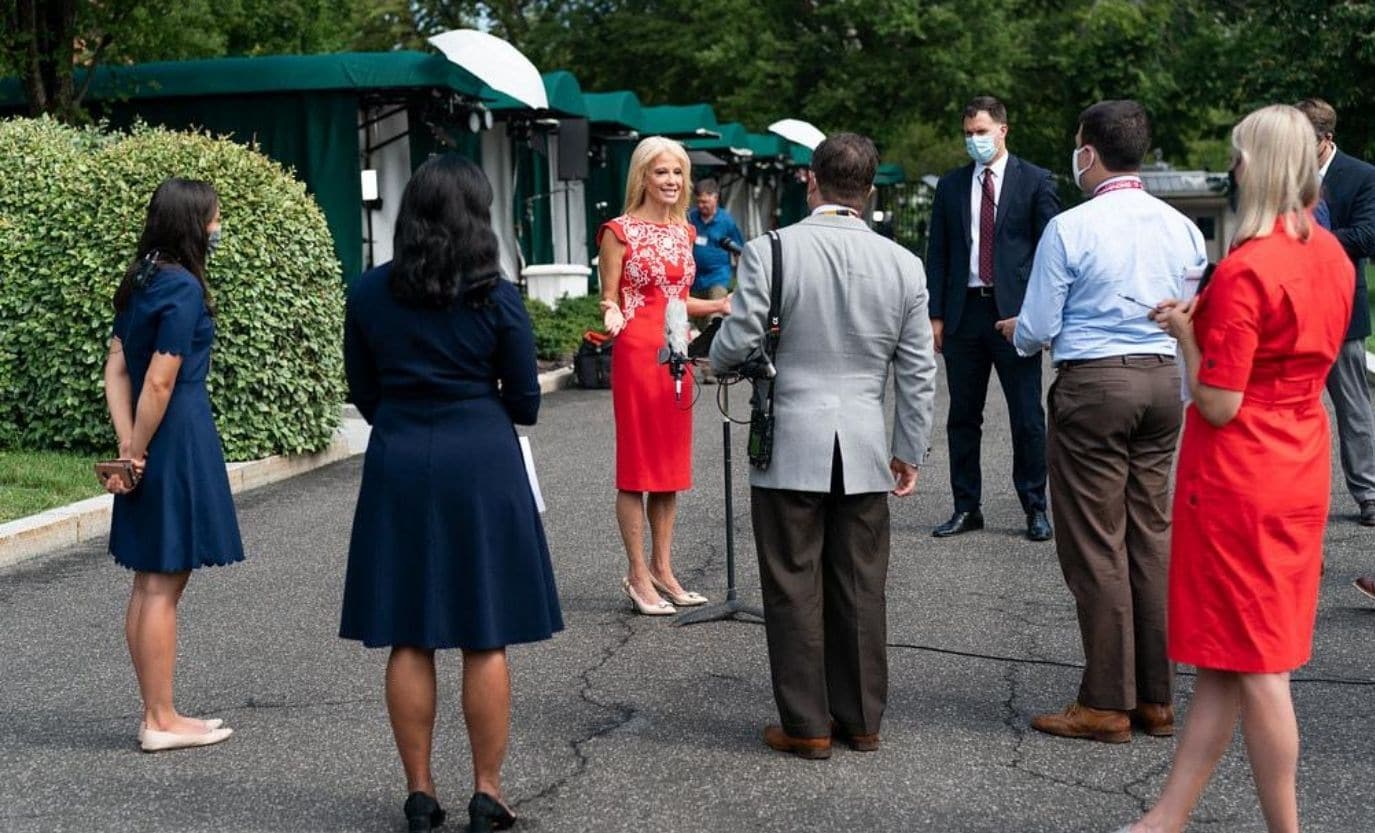 Bestselling author of God, Trump and Covid 19 Stephen Strang says, “Christians will be persecuted for their sincerely held beliefs as never before,” reflecting exactly what has happened to Kellyanne Conway, one of the most Godly women in Washington DC, and in the very White House, daily at the side of the President, not only helping with policy as her official role as Counselor to the President, but being an encourager in faith.

Finally, though, the persecution and nonstop attacks proved too much, and sadly, the architect of the 2016 election, the consistent voice for the love of The Lord Jesus Christ in crafting and managing to restore America to the nation that it was founded, has been silenced as she turns in her sudden resignation.

In the face of nonstop attack, based solely on her faith and love of the Lord Jesus Christ and determination to restore America to its historic roots in faith, the great sadness was, with a few rare exceptions, the total failure of the Church to come to her defense and to the defense of other believers, living out their faith in the face of a 96% hostile media and culture.

It is a clarion call to the Church, from individual believers to Churches to Christian organizations, Christian media and others to push back and defend those like Kellyanne, who exposed to the hatred and attacks, cannot stand forever, without which, in 72 days it will all end and the Godly men and women who manage, pray in and constantly wait upon the presence of Jesus in the “People’s House” – The White House will be gone.

Why Did They Come After Steve Bannon? Are We Next?

Will the Cross at Katy Community Fellowship be the Tallest in Katy?