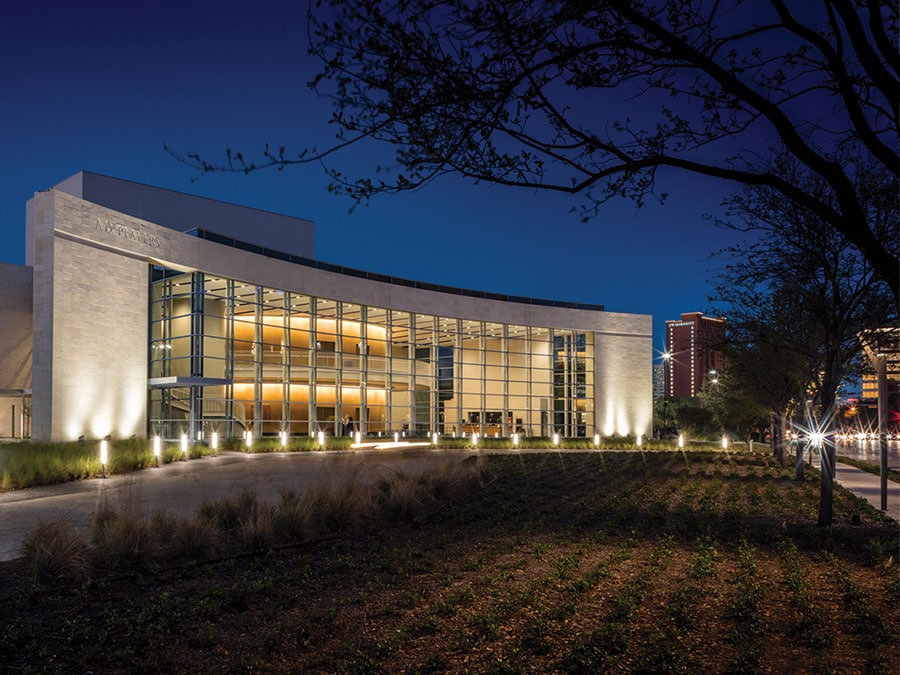 A.D. Players Theater has been a part of the Houston community for over 50 years. For the first 49 of those, it functioned under the leadership of Founder and Artistic Director Jeannette Clift George. George, originally from Houston, had made her stamp on the New York scene and returned back to Houston as part of the Ford Grant to build a resident company of actors at The Alley Theater. She worked closely with Nina Vance (Artistic Director of the Alley) and as the years went by she decided she wanted to build her own Regional Theater but with a slightly different foundation. One of faith in Jesus Christ. Jeannette Clift George was known as a prolific actress and playwright, but her Bible teaching around the city and her role as Corrie Ten Boom in the film The Hiding Place put her on the map of Christian circles as an influencer for Christ in the Arts.

So, what to do when this leader was nearing the end of her time? In come Jake Speck and Kevin Dean. The Board of Directors at A.D. Players knew they needed to bring in the right people to continue to take A.D. Players into the future, building on its foundation, and then moving forward. They put out a nationwide search, and found Jake Speck who would become the Executive Director of A.D. Players in August of 2017. Jake took the reins one week before Hurricane Harvey. Welcome to Houston. Jake and his family, wife Emily Tello Speck and 3 boys (8 year old twins Nash and Noah, and 4 year old Leo), moved to the Cinco Ranch area. Jake comes with a hefty resume of experience in New York, and as co-founder of Studio Tenn, a successful theater in Nashville. His wife Emily is a member of the faculty at Houston Baptist University and most recently directed and choreographed the A.D. Players production of West Side Story.

“Making the decision to move to Houston was one of the hardest things we have ever done.” said Speck. “I grew up in Dallas, and had some not great memories of Texas. I really felt like the Lord could call me anywhere but here. Emily felt the same way. After our first visit to Houston her response was, Well…we aren’t moving there! But over the next few weeks God did an amazing work in both of our lives. He prepared the way, before we were even ready. I can say without a doubt, the last two years in Houston have been answers to prayers we didn’t even know we had. I am thrilled about the momentum of A.D. Players, and the people we have met through the theater community, our church, and in the Katy area have quickly made Houston home.” 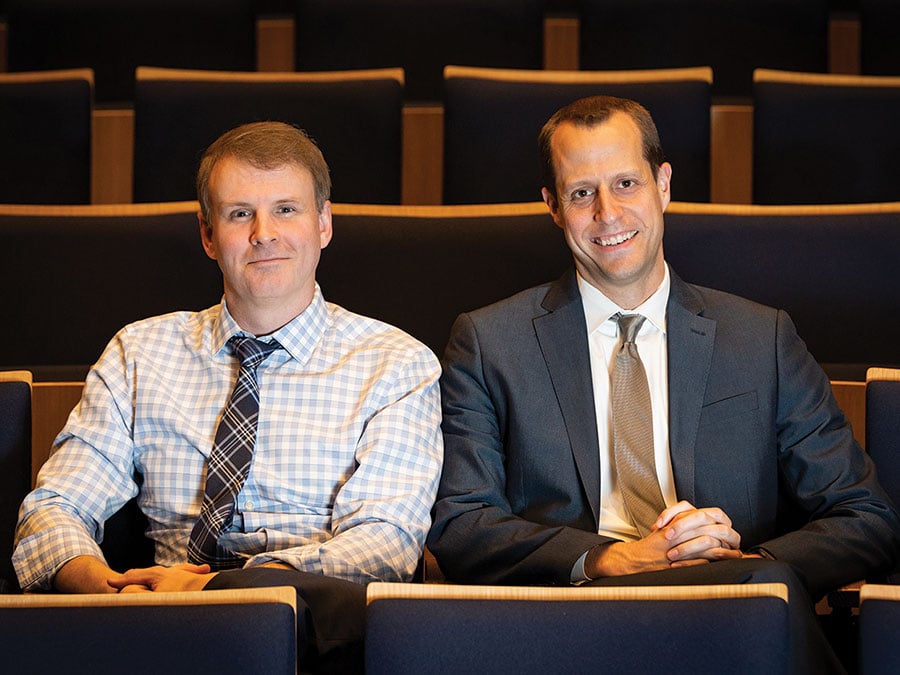 Kevin’s story was a little different. Kevin came to work at A.D. Players as an intern in the summer of 1999. After having studied acting in Dallas at KD Studios Actors Conservatory, and pounding the pavement of Commercial and TV auditions he felt the Lord call him to audition for a theater company in Houston he had never heard of, A.D. Players. Soon enough, he was in Houston working as an intern. In 2000, he met his soon to be wife, Jennifer, who had also come to work at A.D. Players as an intern the next year. Over the next four years they worked together and acted together until Jennifer took a position in Communications and Worship at their church. Kevin remained at the theater, working his way up through different jobs over the years. Gaining more and more experience, understanding and insight into the company. Jeannette and Kevin built a special relationship, especially in the last years of her life. Dean said, “I think there is often a gap of understanding between leadership and employee. I didn’t always understand or agree with Mrs. George, but I could see her love for the company and her love for the Lord. In her last years, she became a very special person to me and Jennifer. Now that I am in the role of Artistic Director, I often remember things she said and they have taken on an entirely new meaning. It is a privilege that the Board saw value in me to assume this role, to take the knowledge I had of this company’s past, to pair it with Jake’s outside experience, and allow us to build on this work. I am often overwhelmed, but primarily really excited about the work that is being done, and what is ahead. I hope Houston, and the Nation eventually, will be just as excited!”

Kevin’s wife Jennifer came back to work at the A.D. Players as their Marketing Director just over a year ago, and she continues to act and direct around town. They have one 3-year-old daughter (Lilian Vera) and moved to Sugar Land in May of 2018. “We love it out here! Our neighbors are wonderful, the community is so friendly. We feel very blessed to be here.” said Dean about their new residence in Fort Bend.

A.D. Players wrapped up their production of West Side Story the end of July, and will be in rehearsals for their commissioned World Premiere of The Hiding Place this September. Their new building, The George Theater, sits on the corner of Westheimer and Yorktown in the Galleria. Tickets are on sale now for all of their shows in the 2019-2020 season. The Hiding Place is a beautiful story of hope and forgiveness, set during World War II, and sure to be one you won’t want to miss.