At an early age, Parkway Fellowship Senior Pastor Mike McGown felt led by the Lord to pursue a career in ministry. He was only a high school freshman when he started to feel the Lord leading him in that direction.

“The more I looked into becoming a pastor the more I liked it,” Mike said. “So by the time I was a senior I was confident that this is what God wanted me to do with my life. So I committed to God and said okay I will follow you wherever you lead me.”
Mike went on to Baylor University in Waco to earn his undergrad degree. Then went straight into seminary at Southwestern Baptist Theological Seminary in Fort Worth. While in seminary, Mike pastored a small, country church in Gatesville. It was a 105-mile one-way trip from his driveway in Fort Worth to the church in Gatesville.
“I did that every Sunday for four years straight, while I was in seminary,” Mike said. “The experience I gained and the people skills I learned have been invaluable for me in what I do today.”
Mike grew up in San Antonio. Oddly enough, his San Antonio roots are what brought him to Katy. His childhood pastor and youth minister both moved from San Antonio to Katy, and were pastoring at the First Baptist Church of Katy. Mike reached out to them as he was graduating seminary and instead of receiving advice and insight, Mike was given the opportunity to interview for a job at First Baptist.

“They asked if I would be interested in coming to Katy
to be their youth pastor,” Mike said. “By the time I graduated, they had asked me to be on their staff. So that’s how I got to Katy.”
After serving First Baptist for seven years – five years as a youth pastor and two year as the minister of education – Mike felt the Lord leading him towards something else. Years ago, Mike committed to following the Lord wherever He led him in ministry. Obediently, Mike followed Him yet again.
“I felt like God was asking me to start a new kind of church that focused on reaching people who had never been to church before, or had been out of church for five years of longer,” Mike said.
From this idea, Parkway Fellowship was born. Mike and his wife Amy started Parkway from scratch. Mike and Amy were all in on this call, considering Amy was expecting their first child when they decided to start Parkway. 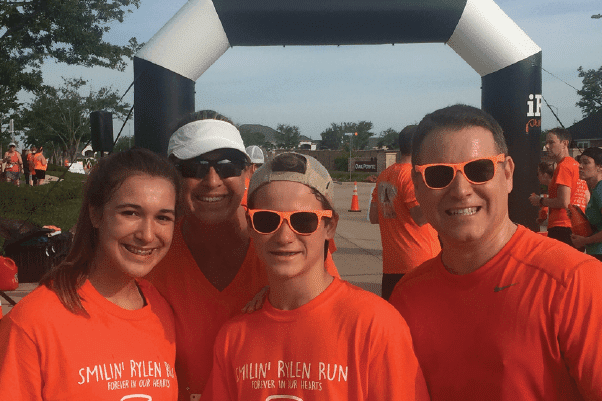 “We didn’t even have a name for this new church at first,” Mike said.

“But we knew God had asked us to do it. So we just stepped out in faith.”
Parkway Fellowship opened their doors in February of 2003 at Cinco Ranch High School. Over seven years, Parkway grew from Mike and Amy to about 500 people attending their services. In February of 2010, Parkway moved to its current location at the corner of FM 1093 and FM 1463 in Richmond.
“From the very beginning I felt like God’s vision for us was to effec-tively touch the lives of 10% of our community through Parkway,” Mike said. “We always knew we would become a large church at some point.”

On the first Sunday at their new location, Parkway went from 500 people to 850 people. Since then, Mike said, they have never looked back and have been growing ever since. Parkway now has a second campus in North Katy and an online campus. Besides their local ministry, Parkway also has a youth ministry in Brookshire.
“We always wanted to appeal to the people who had never been to church,” Mike said. “The last thing we wanted to do was to take people away from other churches. We wanted our messages to tap into the needs of the community.”
Mike is very intentional with his Sunday messages. With the non-church going population in mind, he crafts his messages around what he thinks the needs are in the community. Needs such as loneliness, marriage issues, parenting issues, financial crisis, being overstressed and feeling stretched thin.
“We invite people to come hear what God says about those things and how he addresses them, solves them and fixes them in people’s lives,” Mike said.
Essentially, Mike aims to do what Jesus did. By meeting people where they are and showing them there is hope because of God.
“I want people to know no matter where they have been, what they are going through, or what is going on in their life that God loves you and he has a great plan for your life,” Mike said.
Besides pastoring Parkway, Mike enjoys spending time with his family, cheering on the Baylor Bears, and doing anything outdoors. Mike and Amy, along with their two children Libby and Ben, enjoy taking family vacations together where they can be outdoors. Some of their favorite trips have been to Yellowstone National Park and Pensacola, Florida.
Mike never thought he would build a church from the ground up when he was as a freshman in high school. But it’s where the Lord led him and he obediently followed.