As the March 4 primary fast approaches, four local candidates are vying for the hearts and minds of families in Katy, Cy-Fair and parts of Houston. At stake is the District 132 Republican seat in the Texas House of Representatives, which will be vacated when State Representative Bill Callegari retires.

We invited this notable slate of contenders to weigh in on the issues and speak from the heart. We feature each in the order of the Harris County Republican Party ballet draw: Justin Perryman, Mike Schofield, Ann Hodge and Michael Franks — and wish them well in their run for office! 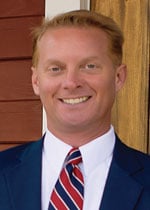 Hi, I’m Justin Perryman, a practicing small business attorney and a Lieutenant Colonel in the Texas Army National Guard. I have devoted my life to serving others and want to extend that service to Texans who live, work, worship and raise families in District 132. I care deeply about our district and my goal is to become your next Texas House Representative.

Why vote for me? Many political leaders talk about leadership and service. I have lived it by serving our nation as a U.S. Army veteran, military attorney and soldier. I deployed twice in the Middle East and Afghanistan and am trained to navigate a complex legal system. I am a candidate who fully understands how proposed legislation in Austin (and Washington) will affect our lives and future. On my honor, I will vote in favor of laws that benefit the families and businesses in District 132.

As a local resident and voter, I’ve been politically active for over a decade with the Katy Area Republicans, the Tea Party, and as campaign manager for retiring State Representative Bill Callegari. Recently the National Rifle Association gave me an “A” rating for my stance on responsible gun ownership and strong support of the 2nd Amendment. Most importantly, I’m the proud father of two sons, both enrolled in Katy ISD, and want the best possible future for all our children.

As a true conservative, both fiscally and socially, I believe “government that governs less, governs best.” Along with most Texans, I share the sentiment that heavy-handed government has no place in our lives, with Obamacare as a prime example.

With your help I will represent the good people of District 132 at the State Capitol. As the best-qualified Republican candidate, my mission is to safeguard our future liberties, preserve our uniquely independent Texas heritage, and ensure our district remains an ideal place to raise our families. 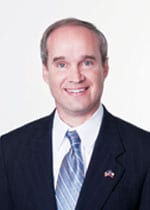 We live in very trying times. Our core beliefs of individual liberty, personal responsibility and traditional family values are under constant attack. The shame of it is that one of the primary attackers is the same federal government that was set up to protect our traditional values and way of life.

From Obamacare, in which the federal government is taking away the right of our families to make their own health insurance decisions, to attacks on state’s laws limiting abortions, to constant attempts to undermine our Second Amendment rights to own a gun, our own government is attacking our freedoms. We need to defend the Constitutional system of state’s rights and individual liberty while we still can.

When President Obama pushed states to give up control over their budgets by vastly expanding Medicaid, it was Texas that stood up and said “No.” Our Texas legislature is one of the main bulwarks that can stand up to protect our freedoms.

For the past six sessions of the legislature, I served as an advisor to Governor Perry. I was his lead advisor on the Voter ID bill, which will help insure fair elections; the eminent domain bills that protect your private property rights; tort reform; and the Tenth Amendment bills that seek to protect us from federal attacks on the rights of states and the people.

As a result of this work over the past decade, I am the one candidate with the experience and the expertise to be effective in defending our rights in the legislature from the very first day. I know how the legislature works and I know how to get things done. That is why I have been endorsed by Texas Right to Life and Texans for Lawsuit Reform. They have seen what I have already done while working for the Governor and they know how much more I can do as your representative to fight to keep government from encroaching on our rights. You don’t have to wonder if I will really do what I promised – I’ve already been hard at work doing it.

I would greatly appreciate your support and your vote to be your state representative. Please visit www.mikeschofield.com. 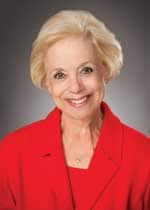 I am running for office because the people of Katy deserve a conservative leader with deep roots in our community who will get results for them in the Texas legislature. I am proud to be a pro-life, pro-family, pro-Second Amendment conservative who is guided by Paul’s words in Galatians 6: “Let us not become weary in doing good, for at the proper time we will reap a harvest if we do not give up.” I have done my best to apply that philosophy in every endeavor, and it has driven my efforts to improve our community over the past 30 years.

As the President and CEO of the Katy Chamber of Commerce for nearly 15 years, I have dedicated my career to bringing jobs and opportunity to our area. When it comes to the economy, I know that government’s role is to create an environment where employers are free to flourish – then get out of the way.

As a fiscal conservative, I believe that Texas can and must live within its means. I will go to Austin to fight for low taxes, Truth in Budgeting and responsible spending so that our economy remains the best in the nation. I will also fight for wise investments in infrastructure, like our roads and water supply, because government should do a few things and do them well. We need to fund critical transportation projects with a stable source of revenue that doesn’t leave future generations under a mountain of debt.

As a member of the Katy ISD Education Foundation Board of Directors and the Board of Regents for Pope John XXIII High School, I know how important good schools are to our community. In fact, our outstanding school districts are a top reason so many people continue to move here. But we can make them even better by empowering local parents and teachers with more control and restoring sanity to the state’s testing standards. And we should also expand charter schools and vocational programs, so that every child is ready for college or a career after graduation.

To me, the chance to serve as your state representative is simply the next step in a lifetime devoted to making our community a better place to live, work and raise a family. And if you elect me, I promise you I will never grow weary in doing good. Please visit www.hodgefortexas.com. 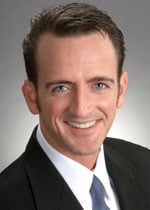 As a Christian, Christ should be the center of politics – Everything else comes second. I was raised in a small, old fashioned community on the edge of Wharton County in Newgulf, Texas. It was an idyllic upbringing, kind of like “Leave it to Beaver” meets “Mayberry”. My parents had me later in life, giving me the privilege of being reared by the “Greatest Generation.” We were taught America’s greatness was: God, Honor, & Duty.

My grandfather was a well-known preacher and theologian in the 1940s – 1960s. I was saved at the age of 10. But, as a teenager around 18, I felt a tug at the heart and reconfirmed my salvation. While some young people go off to college and go the wrong direction, I went the right direction, deepening my faith in Christ. Christianity shaped my political worldview.

Many politicians check off surveys and “say all the right things.” The Bible talks about those who want to “tickle ears” with what people want to hear, but are not truly grounded in any core ideology. The founding fathers were grounded in their faith, crediting God as the basis of the American Republic. It’s time we sent those with the same vision, resolve and fortitude to Austin.

The battle for the soul of our nation is raging, and I have done my best to have an impact. I spearheaded the statewide, get-out-the-vote effort for the successful Texas Marriage Amendment in 2005, defining  Marriage between “One Man and One Woman.” I have stood in rallies with fellow pro-lifers against planned parenthood and the evil abortion lobby. As a part of US BorderWatch, I have stood on the steps of the Capitol speaking out against illegal immigration. I stand for Property tax reform. It is immoral for government to keep taxing us for the “right” to live in our own homes.

My family are active members of Central Baptist Church and the music ministry. Prior, long time choir member at Second Baptist. Stacy, my wife, has played the guitar and been a praise team leader and Sunday school teacher.

I own the Texas GOP Store, servicing Republican campaigns across Texas, like US Senator Ted Cruz as well as US Senator Rand Paul. Signs of Easter is our secondary business. We are in Christian bookstores nationally, including LifeWay,  Members of the International Christian Bookstore Association and manufacture the “He is Risen!” Easter Crosses. Please visit www.facebook.com/MichaelFranksforTexas