People tend to pray for a lot of things, but I saw faith in action one day when my husband and I were playing a round of Yahtzee. He prayed, asking God for favor and to grant him some 2’s because he needed to get 2’s on his score card. I giggled incessantly as he made his request known, but that didn’t stop him from praying.  He went boldly to the Throne of God like David did.  He told God that if he found favor in His sight, would He please let him roll some 2’s? Now that kind of praying may sound frivolous, but we were reminded that God does care about the little things in our lives, even in a game of Yahtzee. We saw God in action, and we were in awe at the speed in which He answered.

Because we believe God hears us when we pray, it wasn’t unusual for my husband to pray about getting some deuces.  1 John 5:15 says , “Aif we know that he heareth us whatsoever we ask, we know that we have the petitions which we have asked of him.”

The more he prayed, the more I giggled. He told the Lord that if He gave him the 2’s, he would give Him the glory, and that is exactly what happened. He put the dice in the cup and immediately rolled three 2’s. Now, three 2’s may not seem to be a big thing, but after praying, it was pretty impressive! But what happened next was even more impressive. The second roll landed another 2. Could it be that one more 2 was possible?

Imagine our joy when that was exactly what happened… another 2, giving my man a Yahtzee in 2’s!  We laughed… we shouted…we praised God…we rejoiced!  I was reminded of Proverbs 12:2  “A good man shall obtain favor of Jehovah,” 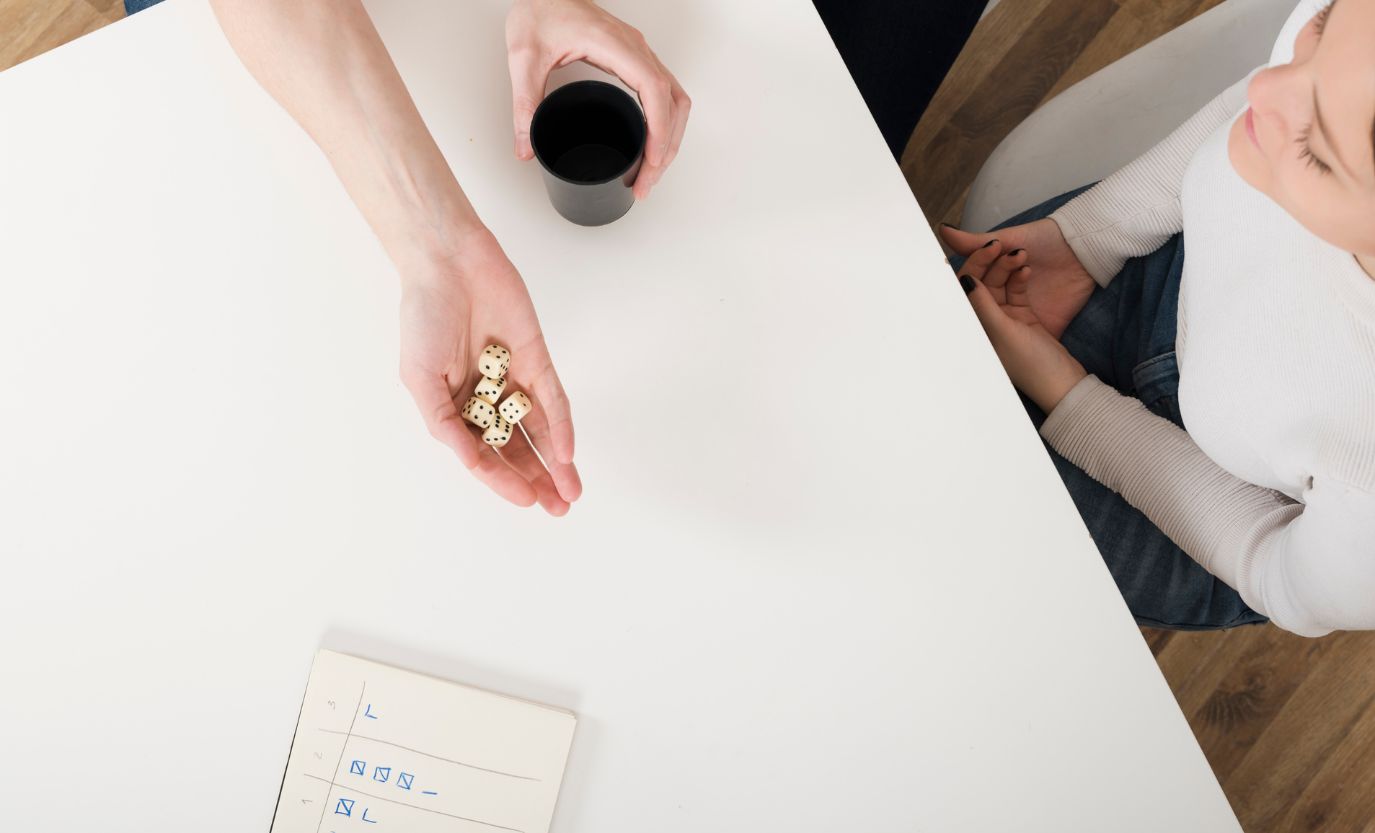 It would have been easy to explain it away as a fluke, but we both knew better. It wasn’t because of the 2’s on the dice, but because of the realization that Our Lord hears the prayers of His children.  In Exodus 33:17,  The Lord said to Moses, “I will do this thing also that you have requested, for you have found favor in my sight, and I know you by name.”  He gave my husband reassurance that he had found favor in His sight. It was a glorious event and we both were thankful to have witnessed His goodness.

My husband and I realize that life has a tendency to move very fast and sometimes we wonder if the decisions we make are pleasing to Him.  but He gave us reassurance that we do have His favor and there is absolutely nothing better than that!

After that episode, I got to thinking about how many times God has shown favor to us without us even realizing it. Think of the times you have had a close call on the highway.  I can remember times when I had such a close call that I could almost feel angel wings between me and a passing car!

Even Queen Esther in the Old Testament asked for favor when she was petitioning King Ahasuerus.  Although God is not mentioned by name, He is still very much in the story. Why else would she have asked her handmaids to fast with her before she went in to the king?

We have a heavenly Father and we can trust Him to take care of us at all times. That is the true favor of God. Philippians 4:6 says, “ In nothing be anxious; but in everything by prayer and supplication with thanksgiving let your requests be made known unto God.” Put Him to the test- you’ll be glad you did.

Thanksgiving is About Praising God with Gratitude