By California standards, a Halloween drag show qualifies as family-friendly entertainment for one school district, and parents are furious.

Encinitas Union School District in San Diego County had advertised a “Boo Bash” drag queen show for the Saturday before Halloween. According to the flyer, Boo Bash is described as “an afternoon event with a costume contest, trick-or-treating, games, and a family-friendly drag show.” One mother and member of the Christian-based parental rights group Rooted Wings addressed the school board with her extensive concerns about the event, and parents rallied around her with support and outrage.

Brittany Mayer spoke about the school board’s decision, questioning their motives and common sense. “What is it about a grown man costumed in a sparkly bra with augmented boobs busting out and wearing a miniskirt barely covering his twerking a** with duct tape on his front while spreading his fish-netted legs as he writhes on the ground, grinding his groin next to a minor, family-friendly?” she asked the board.

She also posted on Twitter, stating that the event was being sponsored by a local San Francisco gender reassignment surgery center in collaboration with a popular gay nightclub. According to the event website, sponsors include North County LGBTQ Center and San Diego Pride. 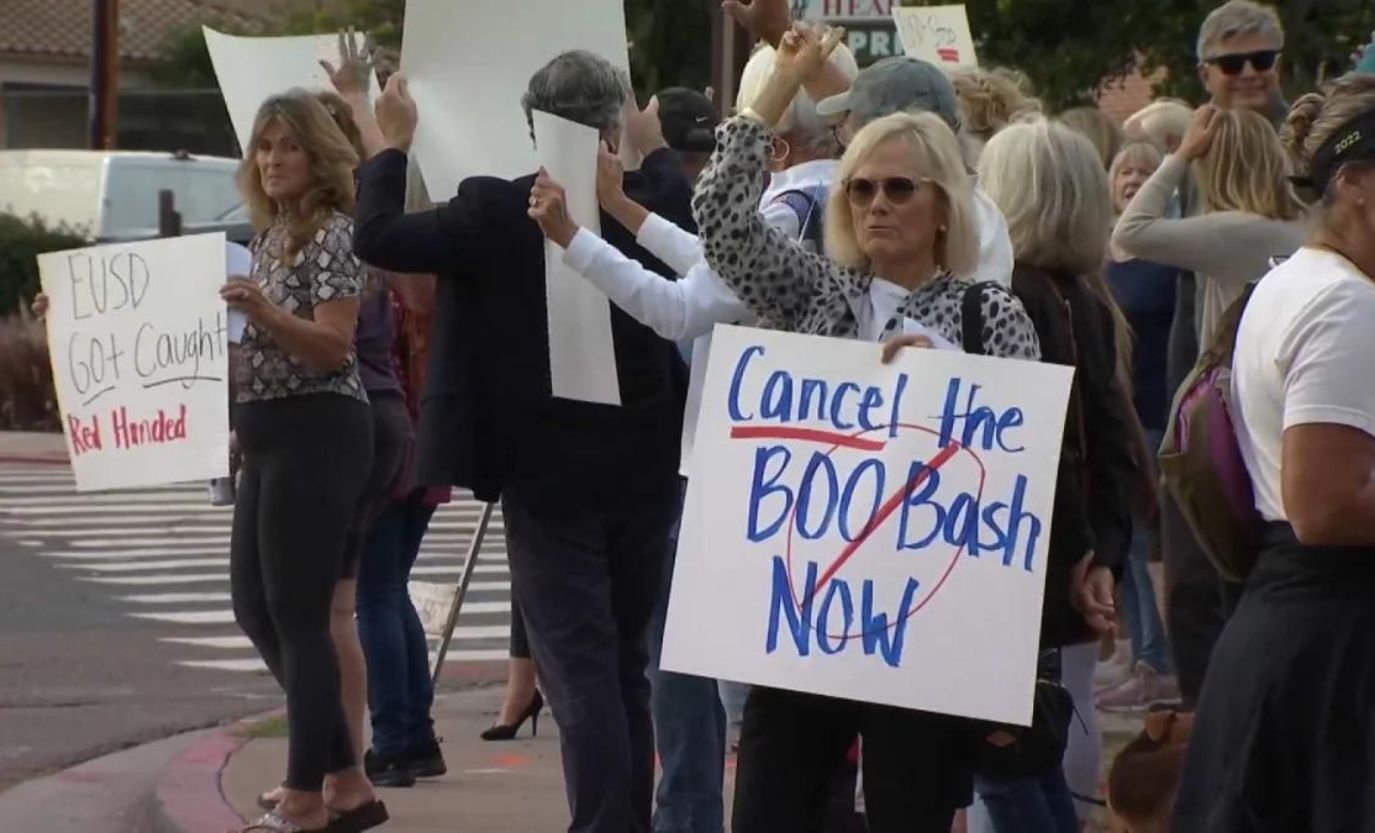 Kathie Moehlig, Director of TransFamily Support Services in San Diego, defended the appropriateness of the event. “These drag queens are going to be performing a Disney villain show and they are going to be dressed appropriately to Disney villain themes, just as you would see any other entertainer wear who is doing entertainment for young children.”

But many parents don’t agree that a drag show in any form is appropriate for young children.

Mayer confronted the board about the propriety of this choice. “You all played the activist pimp for Align Surgical center and for a 21-plus gay bar. It makes you groomers and activist pimps and we won’t have those sitting on a school board that oversees the education of our children.”

The school district has stated publicly that it is not hosting the event but merely advertised it as an upcoming holiday happening. However, it has since removed the promotional flier stating that whoever posted it did not receive prior approval.

Mayer says this is not an isolated incident and that schools in California are routinely pushing sexualized agendas to children.

New Book Asks How We Know What is True

What Happens When we Choose Money Over God