Upon reading, I learned a lot about Harris County Government and the leadership turnover in Harris County departments.  I was already aware of a scandal at the top regarding the $11 million COVID-19 outreach services contract awarded and Judge Lina Hidalgo’s 3 staff members who were recently indicted. 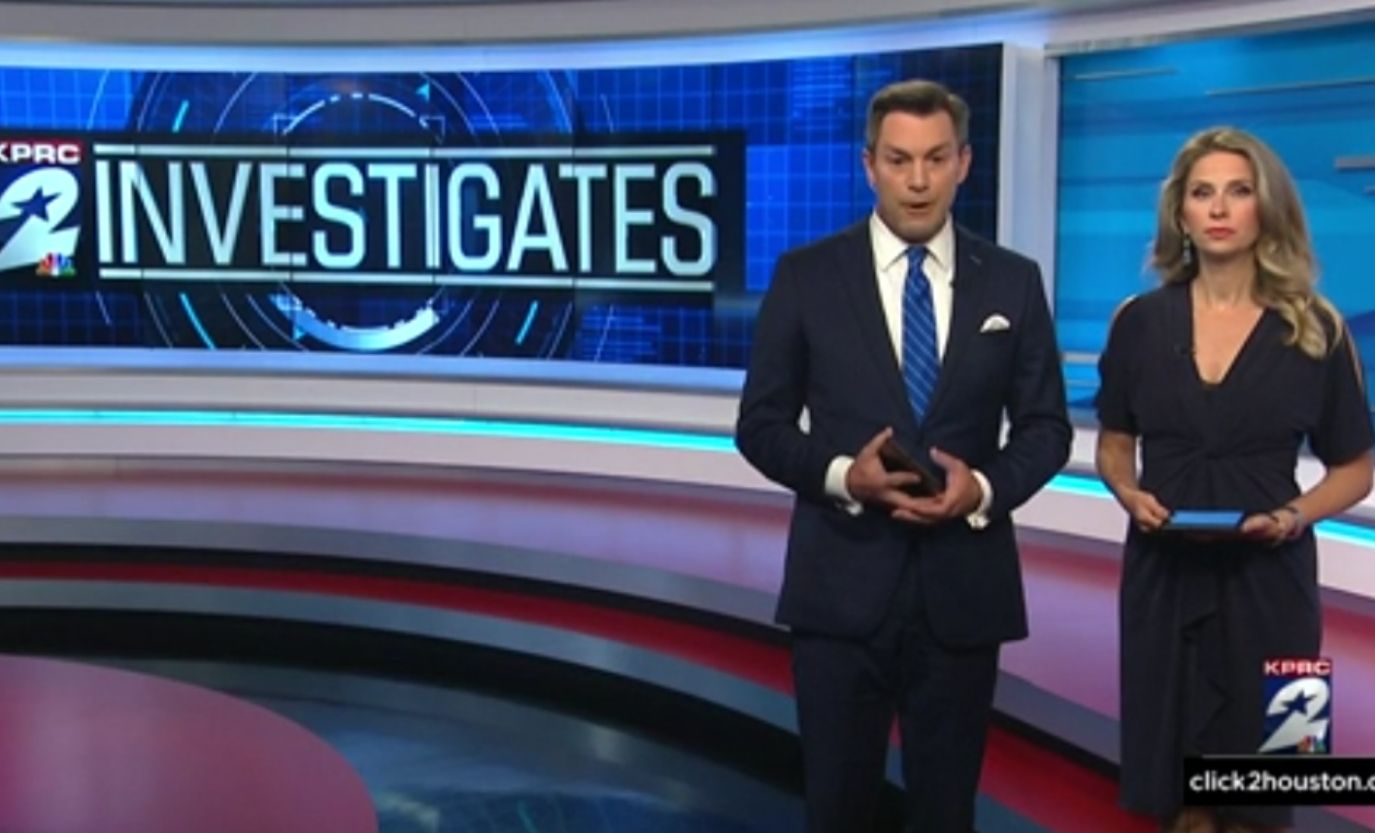 And according to Click2Houston.comclick2houston.com on May 18, 2022, “In a Wednesday morning tweet posted by Harris County Judge Lina Hidalgo, the 31-year-old made it clear that she expects to face criminal charges in an ongoing investigation involving the Texas Rangers and the Harris County District Attorney’s Office. The tweet said, in part, “she’ll have me indicted,” in reference to District Attorney Kim Ogg. 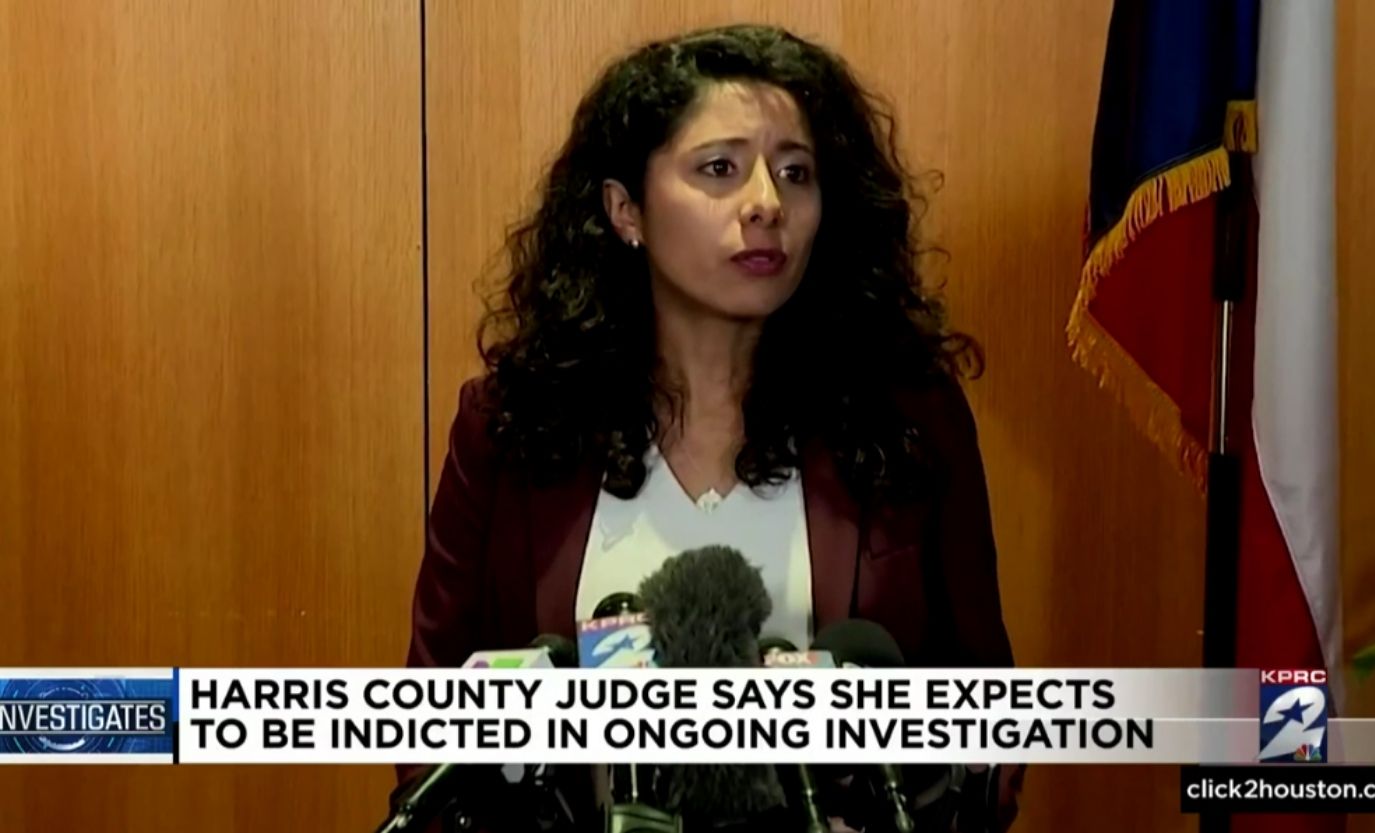 It is the second day in a row that Hidalgo has publicly discussed the investigation into the nearly $11 million contract awarded to Elevate Strategies as a politically motivated investigation by the DA’s Office.

But concerning Harris County departments, according to Bob Rehak, at the Harris County level “holding a job should be about technical proficiency, not political affiliation. Service is about fixing things, such as potholes, drainage and flooding. Or supplying disaster relief and healthcare. Job success requires professional qualifications and experience more than political loyalty. You wouldn’t choose a heart surgeon because of his/her political affiliation. Would you?”

“By any measure, Harris County has had an extraordinary amount of turnover lately – especially at high- and mid-levels. The heads of at least 16 departments out of 20 have been forced out. That’s 80%.”

“Many reportedly resigned under pressure. Some had worked for the county for more than 30 years under multiple administrations. Moreover, some groups in the Engineering Department have lost up to FOUR levels of management.”

Recent changes in Harris County Department heads include for example:

Major General Rick Noriega replaced Bruce High, who served since 2009. According to Fox News, after taking over, Noriega reportedly lost 23 employees – in ONE group – and lied to commissioners about the number. Another source put the number in ALL groups closer to 100.

Group Heads within Departments Replaced, Too

“Turnover affects people below department heads also. Take the case of the Harris County Tollroad Authority, for example. Compare the two org charts below under Trietsch and his successor, Treviño. Only one person remained as of January this year.” 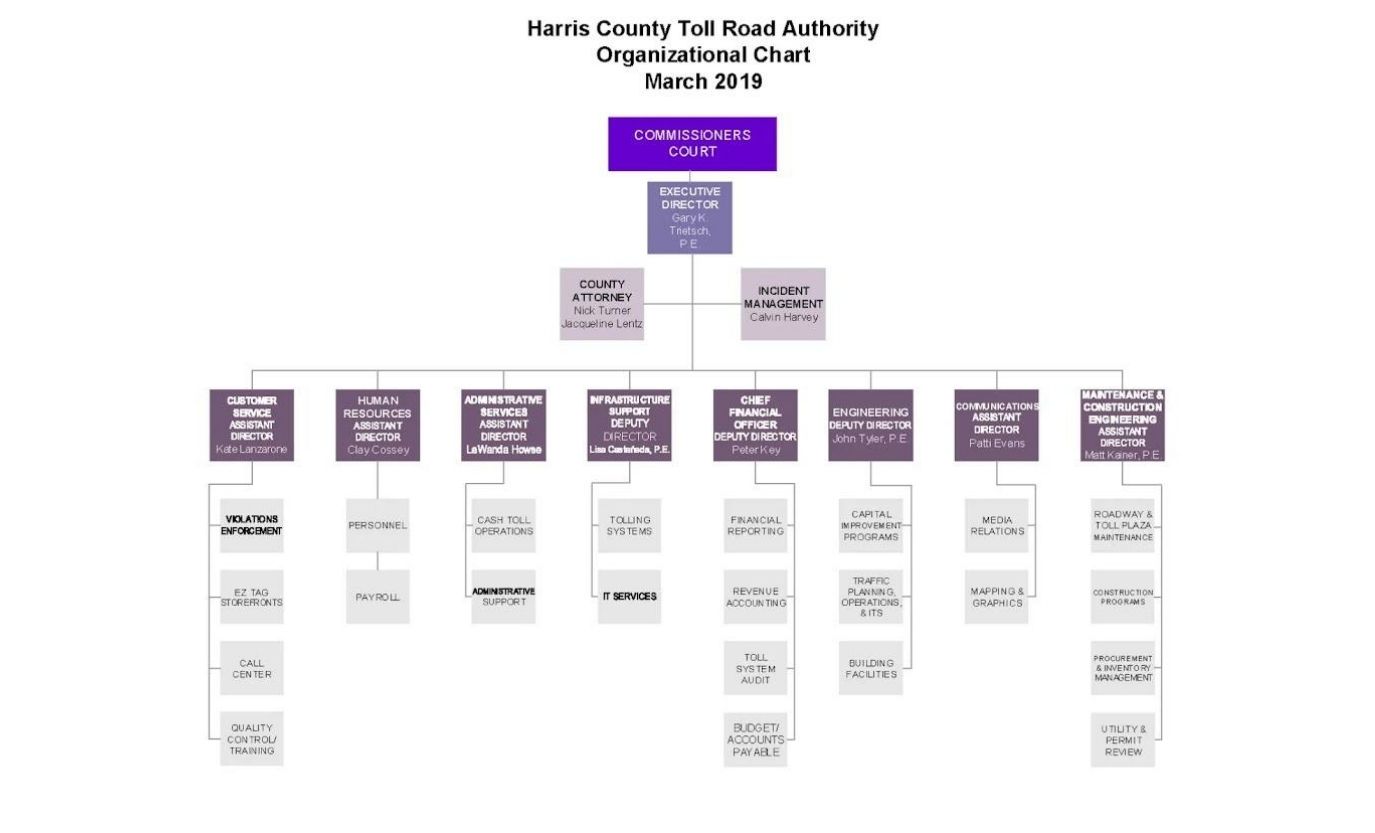 HCTRA Org Chart in 2019 under Trietsch. Compare with the one below. 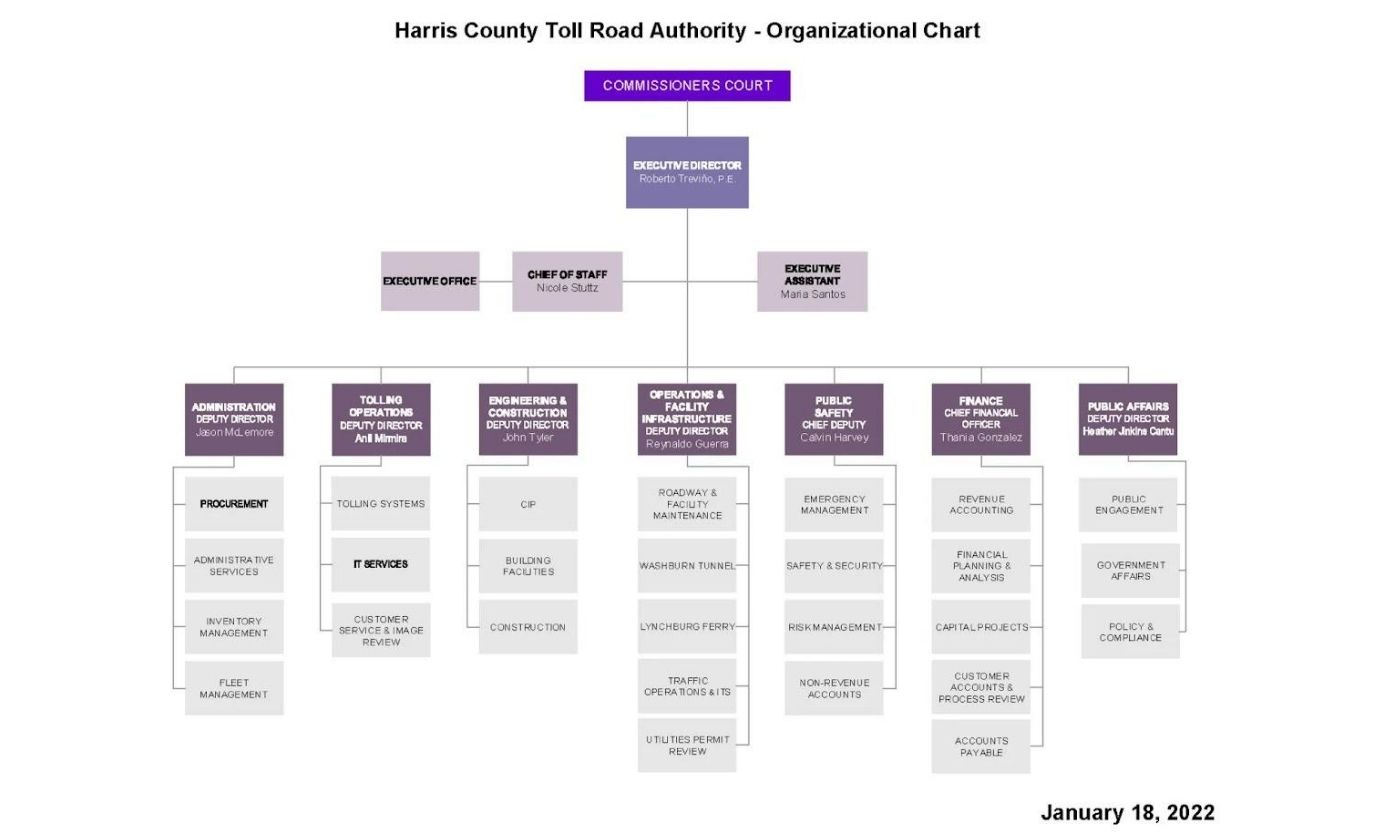 HCTRA Org Chart under Treviño less than two years later. Everyone except Tyler has been replaced, likely affecting productivity.

Turnover Isn’t the Only Thing to Increase

“Did the replacement of 16 department heads (sometimes more than once) result in improved service? Perhaps in some cases. But look at the headlines lately:

“This is what you get when you put politics above professional credentials. As one person said on condition of anonymity, “The three Democrats on commissioners court are firing just about everyone hired by a Republican and replacing them with political loyalists.” You’re paying the price.”

“That price includes not only service disruptions and lower productivity. It also includes replacement costs for those who leave. Cost estimates for replacing managers range from 200% to 400% of their annual salaries. If the 400% estimate is accurate and if department heads made $250,000 per year, replacing them would cost a million dollars each. And some of these departments have had two or three heads since Hidalgo. That ads up to far more money than the Elevate Strategies Covid-Outreach Scandal. So why aren’t more people talking about excessive turnover?”

As one person said, “No transition occurred! The expertise in disaster recovery, and floodplain mapping and management have vanished over a very short period of time. The exact same thing happened at Universal Services, but not as fast and deep. We can already see the results.”

Note: Per Bob Rehak the thoughts expressed represent opinions on matters of public concern and safety. They are protected by the First Amendment of the US Constitution and the Anti-SLAPP Statute of the Great State of Texas. 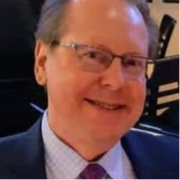 Shaking the Foundations of Doubt that the Bible is True