It is no secret that the Chinese people overwhelmingly support the Jewish nation—all fifteen million Jews in the homeland and the diaspora. No matter the geographic distances, the political oddities (a leftist Beijing, or occasional left-wing or left-leaning administrations in Israel, or the sporadically vitriolic left-wing rhetoric in various sections of Jewish communities in America), or the racial distinctiveness between Western Jews and Chinese Orientals, the friendship and camaraderie between Jewish and Chinese peoples remain eternal, sacred, and strong—and there is no undoing it.

I am at the China Chooses Israel initiative, a unique frontline that showcases the Republican and rightist-conservative values of the Chinese people. We celebrate the family, we cherish life, and we defend the rights of children, both the born and the conceived. We treat the genocidal actions of the Axis in WWII with great disdain, and thus it is true for every honest Chinese person: that no Jewish nor Chinese life should be unjustly snuffed out or put to death. China Chooses Israel believes deeply, firmly, and resolutely in human rights. The right to life, and liberty to think, speak, and search out the divine, and the habit of enterprise, commerce, and making a living are central to the mentalities of most Chinese persons, and therefore the center of how China Chooses Israel thinks and believes. 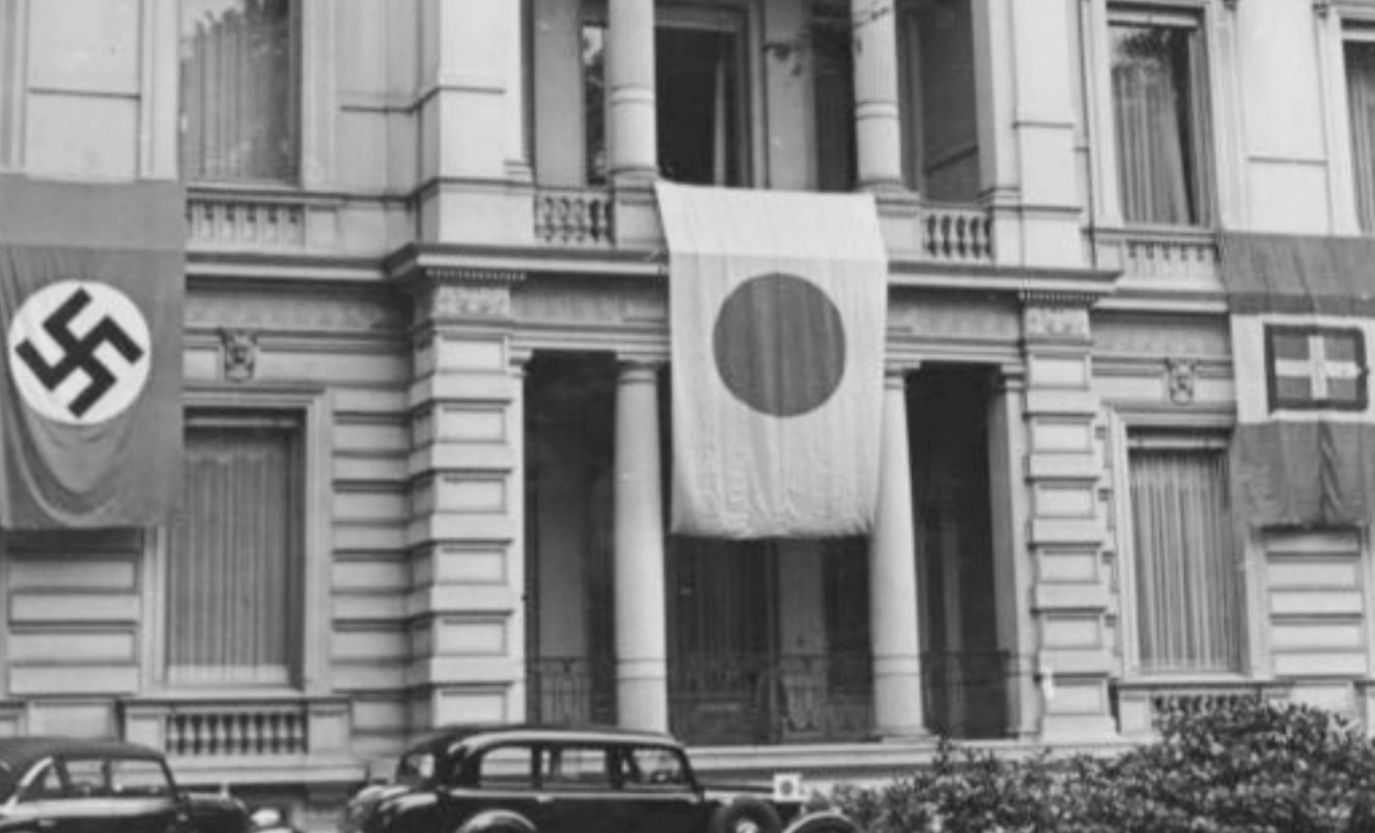 The Axis Powers wiped out large sections of the Jewish and Chinese peoples.

PALESTINE RADICALS ARE AN EFFECTIVE WEAPON OF FEAR

I sponsored Mr. Donald Teel’s iVoteChina movement for what has turned out to be a brief moment in time, back in 2020 and 2021. It is true I never possessed any sort of administrative control there, and it remains the case that there is no content there that should continue to carry my name. If there is any writing you see on iVoteAmerica, iVoteChina, or relevant iVote sites, that puts me forth as author or presenter, dismiss the piece immediately.

Much of what I do is arduous work. I face pressures on all sides, and plenty of wrath and persecution. Palestine operatives have played mental games on every individual even remotely pertinent to the Zionistic Chinese phenomenon. I have a highly perceptive brother by blood—Vincent, who tells me with intense foreboding how we diaspora Chinese could literally be killed, detained, or stripped of all we have, for any degree of support given to the Jewish people and the State of Israel. The fantasy that there is no such thing as a radical Muslim is just that—a fantasy. Agents of terror really and truly exist—and that engenders the highest and most effective form of fear, a visceral fear that scares every non-Muslim in Malaysia and the southeastern Asiatic regions of the world.

The perils of loving Jehovah (Heavenly Father) and standing up for Judeo-Christian virtues give greater strength to the cause of China Chooses Israel. We grow ever more fervent for our Creator, and the smiles and happinesses of future generations in China, Israel, and America form the basis of our strivings. China Chooses Israel is an important platform that tells you never to take civilization and culture for granted. China is meant to be a blessing to the world, and peacemakers and sentinels of truth aim to keep the forward momentum going. 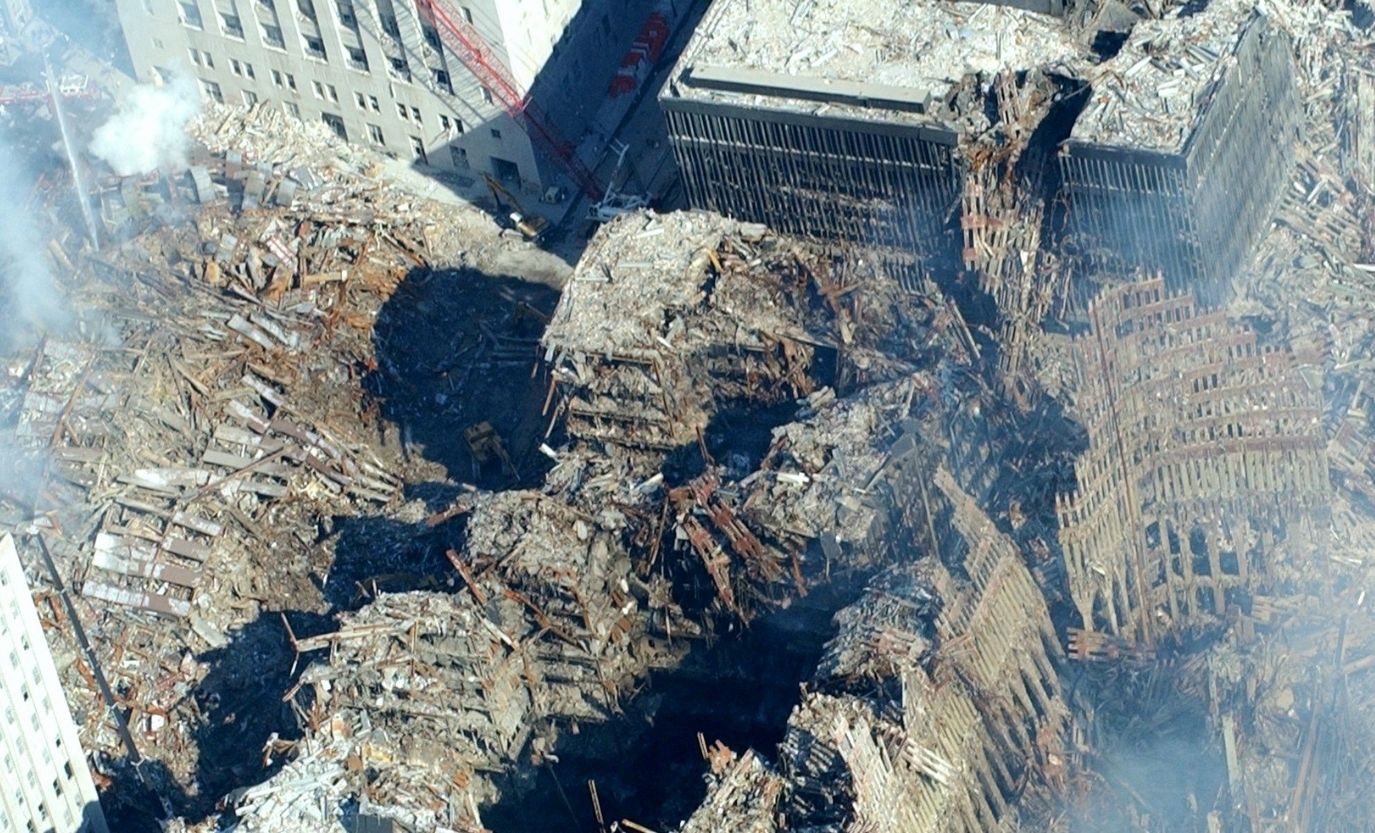 Make no mistake—radical Muslims do exist.

THE CHINESE ARE EASY TO UNDERSTAND

The momentum is easy to understand. Firstly, China—which by definition means the Chinese people, and not the Communist Government per se—is not a mystery wrapped in some dark shroud. There is no realistic language barrier. Most international Chinese communications private and public are available for scrutiny in English. It only takes a willingness on the part of the reader to click and read. (An easier path is of course to simply make something up about the Chinese people, and count on a Western audience to obediently believe the manufactured lie.)

Secondly, the Chinese people is a large community of ambitious individuals in love with the American way of life. That adoration is undeniable. Only the Communist Government is Soviet; the Chinese people are Chinese. That is 4,800 years of heritage you can count on: everything from filial piety (the honor children have for parents), hygiene and cleanliness (which explains spotless offices and bright, sparkling airports), to cuisine and nutrition (the balance between ingredients, flavors, and colors, and the deployment of healthful cuts and veggies), and trustworthiness and punctuality (which gives rise to quality of manufacture, and timeliness of delivery).

There are outliers and crooks. Do not rush headlong without question, and do avoid shady arrangements or possible scams. I was swindled of about a hundred and ninety thousand shekels by a Jewish charity, but that hasn’t led me to throw out all Jewish people with one broad stroke. Antisemitism is a thing as idiotic as anti-Chinese feeling.

You must begin to participate in big or small ways in China, among the Chinese and Jewish peoples, and in the nation and State of Israel. Avoid all pitfalls and unnecessary arguments. If you encounter a Jewish anti-Christian in Israel, excuse yourself with your gracious apology, and retreat silently without giving in to the urge to argue; strengthen yourself by counting on the Jewish friends who do not hate Christians. If you encounter a Chinese person who is pro-Communist, refrain from a quarrel, and focus only on the good things in life; count on your Chinese friends who are capitalistic, spiritual, and family-centered. 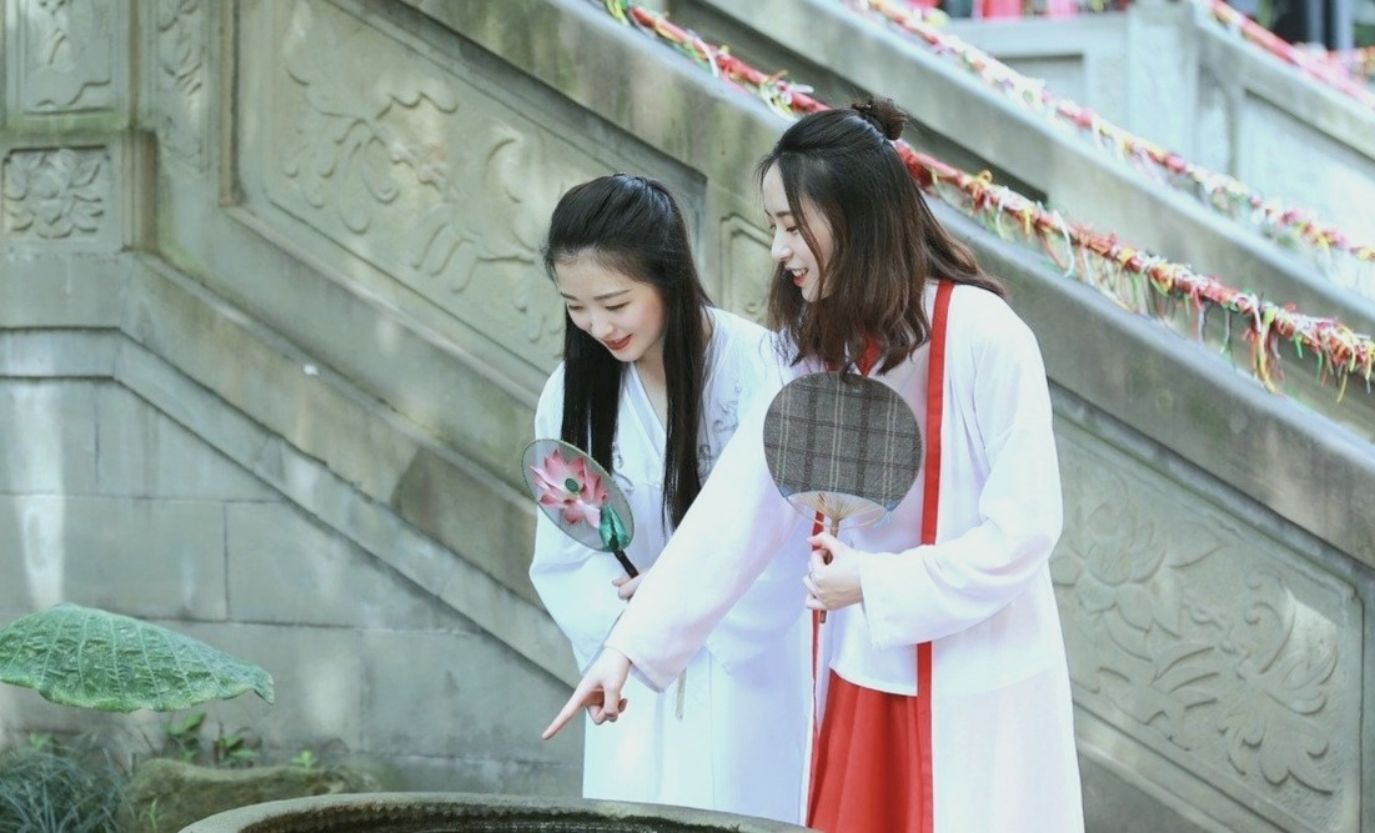 The Chinese are easy to understand, and are not an enigma.

EVANGELISM AND BUSINESS DEPEND ON THE SAME SET OF PRINCIPLES

The Chinese momentum is heavily defined by the hardworking diligence of Chinese civilians, which is something you must begin to work closely with. The Chinese are the key to business revitalization in the United States and the American people must never exclude themselves. With detailed legislation, cooperative policies, and rounds of intensive meetings touching on all points of collaboration, you can clinch investments, factories, jobs, and deals for your state, city, or company. Much of it can be done in English, but if you recognize your potential, and you do not want it to go to waste, pick up Mandarin as well, and information will reach you twice as fast.

When the first missionaries met up with Chinese persons back in the Middle Ages, the gospel fizzled, sputtered, and never went inland into the major Chinese districts. Why such failure, you ask. It was simply because the missionaries cloistered themselves in nice, walled gardens, and wrote their gospel in Latin.

American and British missionaries in the nineteenth century did not make the same mistake. Instead, they brought the gospel of Jesus Christ to tens of millions of Chinese folk, in a variety of vernacular Chinese dialects, and these Caucasians participated intensively in Chinese community, and ate Chinese cuisine, wore Chinese attire, and deliberated with Qing Manchu officials in the dynastic government in Mandarin. The availability of American and British thinking in Mandarin and Cantonese, through these important evangelical efforts, forms the foundation of Christian fervor among the Chinese at home and around the world. 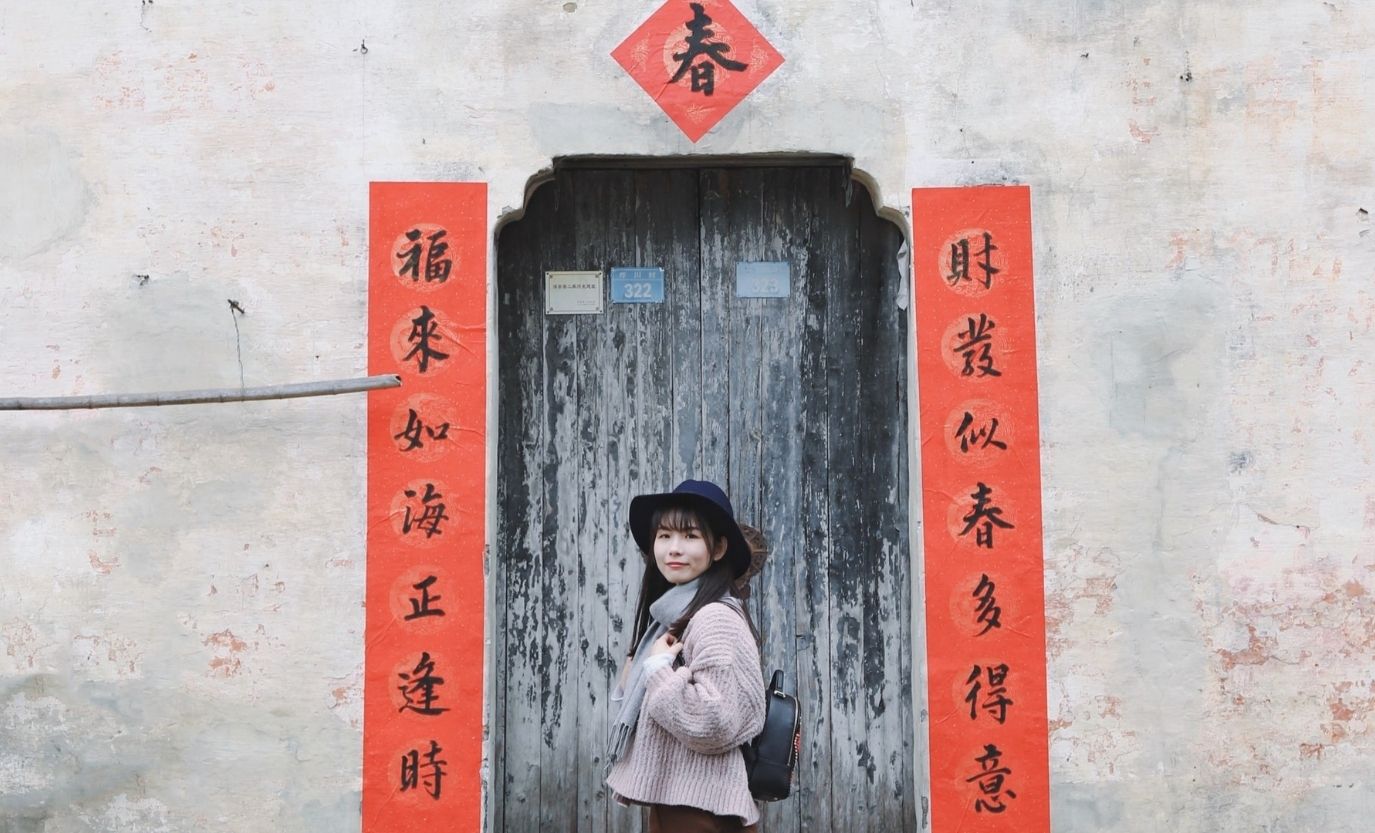 Join up to the Chinese people. Participate in various aspects of Chinese life. Create success for your dreams and aspirations.

Evangelical success and business success rely on the same principles, the same wisdom, and the same momentum of connectedness, engagement, and participation. Never count yourself out. Never hide in a shell. Never stop reading, searching, and discovering. You have tonnes of potential, you have wit and fervor, and you have dreams of owning more, buying nicer holidays, and upgrading to something better. The former ways have passed away, and a smaller world exists today. The more rigorous you are in connecting to this world, the greater your satisfaction will be as pathways and avenues open up for you.

Find out about the pro-Jewish and pro-Israel team at China Chooses Israel at www.chinachoosesisrael.org, or read Old China, Older Israel (2021) available at Amazon.